River Paddle and Some Harbor Seals Are Pupping

I checked the wind for Jenner today and it was down so once I got it going I headed down to Jenner to kayak for the day in the estuary.

No one else was on the river as I put in my boat at the boat ramp.

Once the car was parked I put in and paddled across the river to Penny Island and headed down along it’s side. 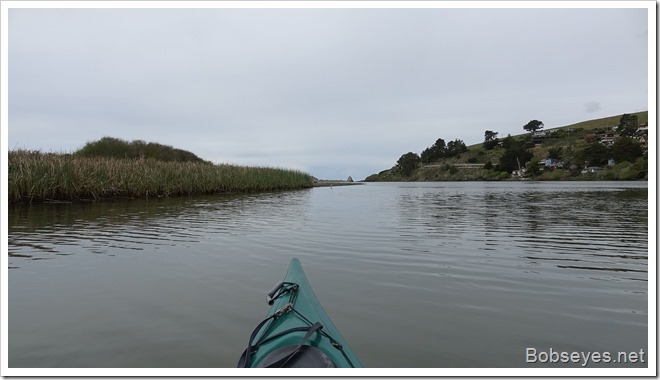 This screeching osprey caught my attention. 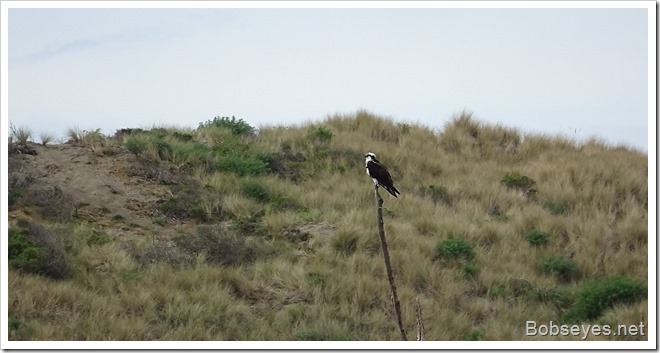 I didn’t see the pup

I saw this harbor seal laying on this log which I thought was a bit unusual. There appears to be another small one off to the right. 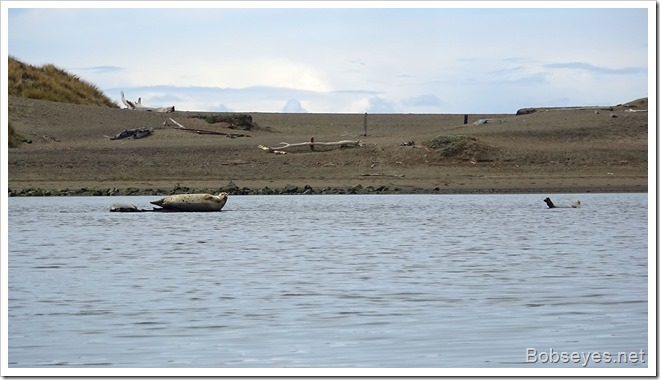 I got a little closer and took this photo. What I didn’t see at the time was the little pup seal on the left. This is the time of year the harbor seal pups are born. I think the little seal on the right out of the picture might have been a pup also. 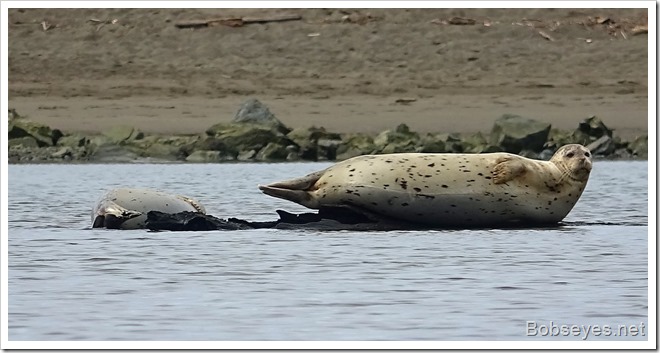 I passed on by them. They didn’t budge and I crossed over the river headed for the river’s mouth down that away by the big rock. 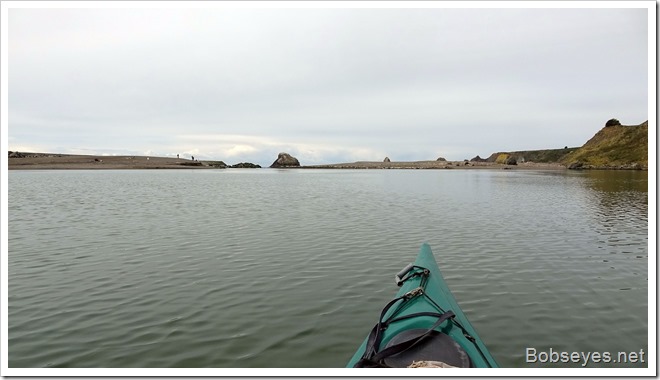 This is the river’s mouth where it flows into the ocean which you can’t see right now as it’s low tide. Lots of harbor seals laying on the beach but no pups, so I thought non had been born yet until I saw my seal pictures above. 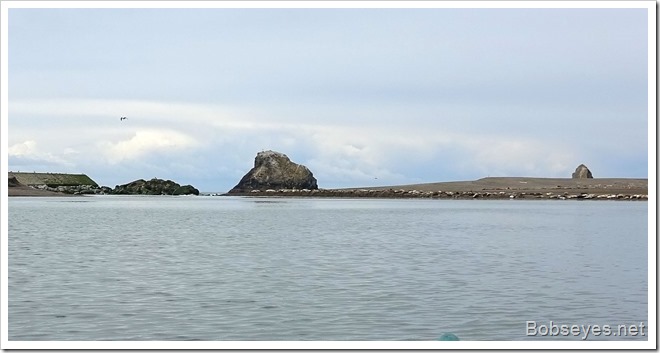 Here’s some of the harbor seals looking very content. 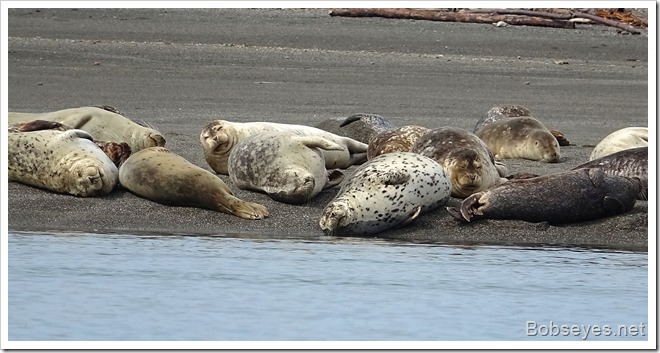 There were also this group of cormorants resting on the beach with a couple seagulls too. 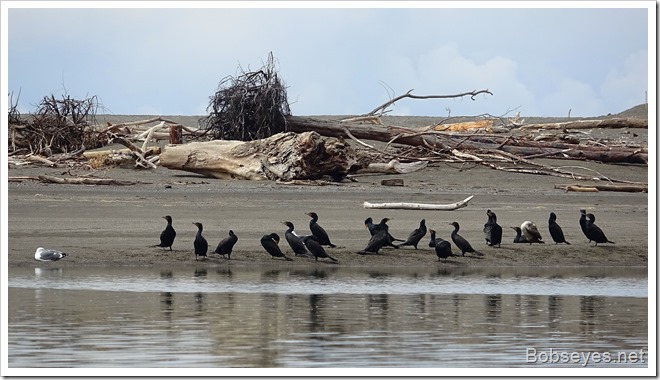 I paddled by the open mouth and headed to the river’s end down this way. 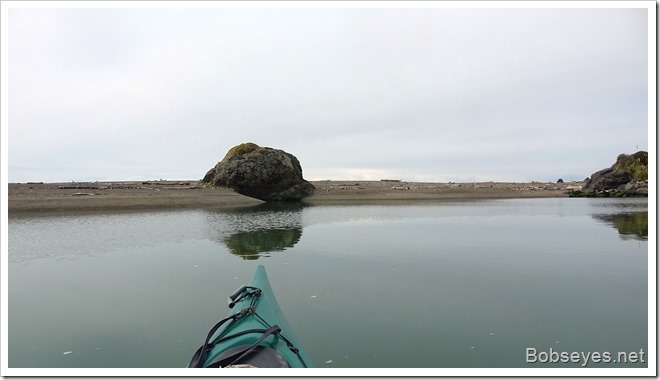 The big rock here has a nice place to sit in my boat so I did. That rock is called Haystack rock. I sat there for awhile watching things and taking it easy. 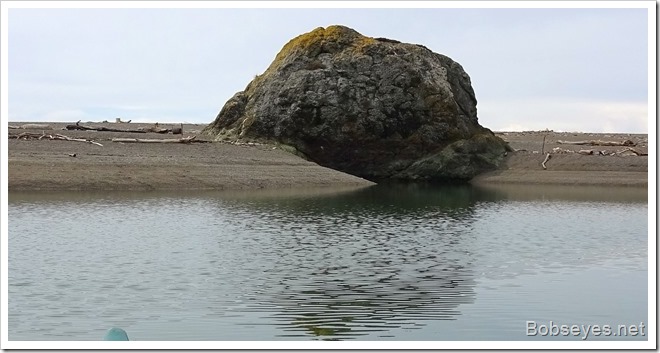 Eventually I move out and headed on up the river about a mile or so. 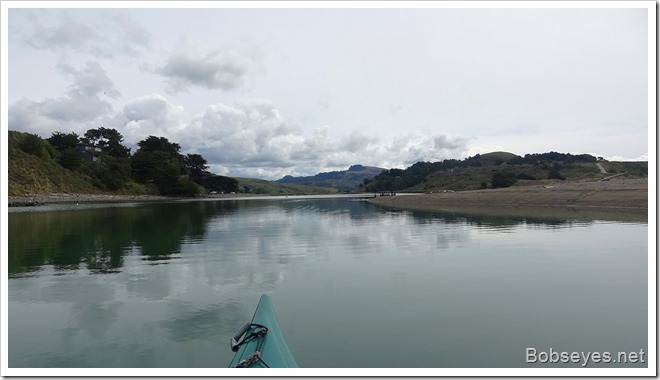 I passed by these two geese which were keeping an eye on me but didn’t take off. 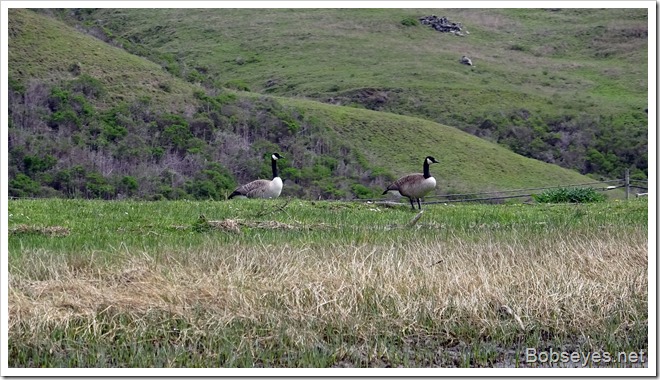 I paddled up to this spot and sat for a bit. 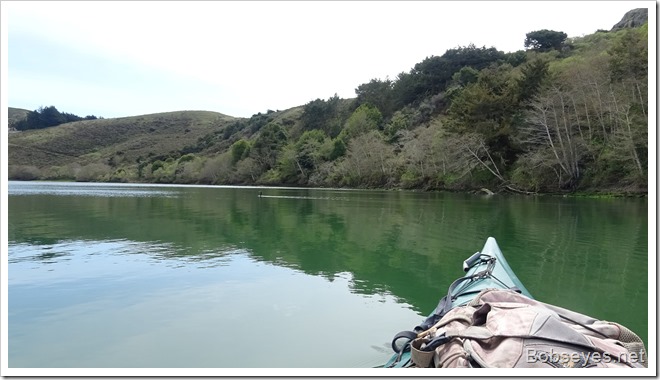 Then turned and headed back down the river along it’s south edge.

This pair of mallard ducks were in one of my sitting spots and took off when I took my place. 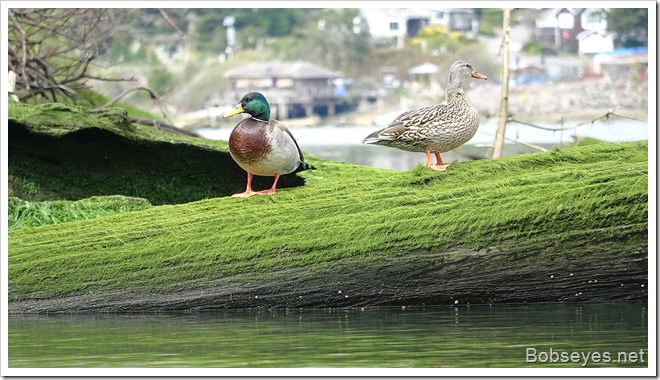 I continued on down the river headed back to the boat ramp at Jenner just ahead by the building on the right. Did you notice the cows up on the grassy hill grazing away? 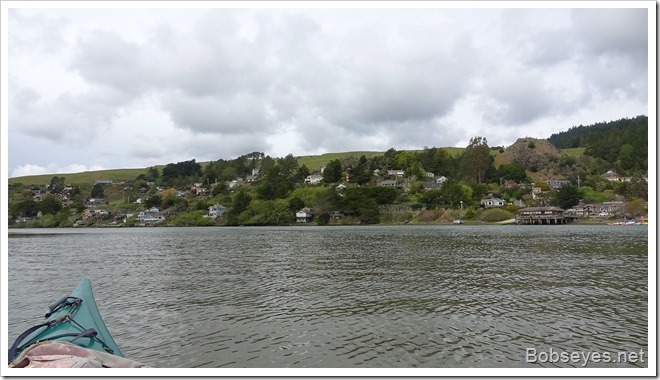 Here’s the cows. Looks like they have lots of nice green grass to graze on. 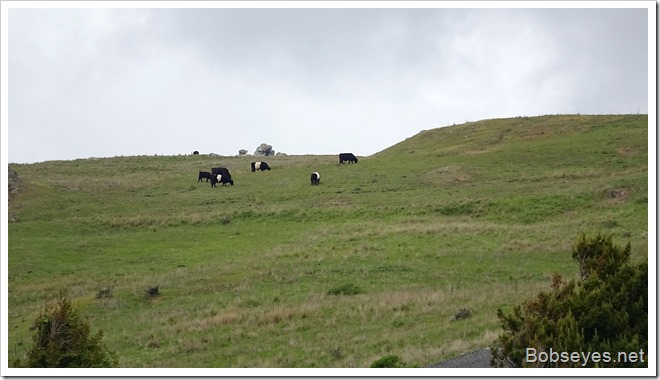 I made it to the boat ramp and put my boat on the car and drove on home.

A nap was in order when I got home so I did one and eventually went out to see how my chickens where doing. Doing good. I did some chair hopping and pretty much took it easy for the rest of the day.

Nice day on the river. My first time since being back from the deserts so was especially nice.