I wasn’t looking forward to it but today I needed to take all the van’s heater stuff out which is quite a chore.

I started by removing the wooden console I had made for the van. It’s all screwed together so it’s just a matter of removing a bunch of screws 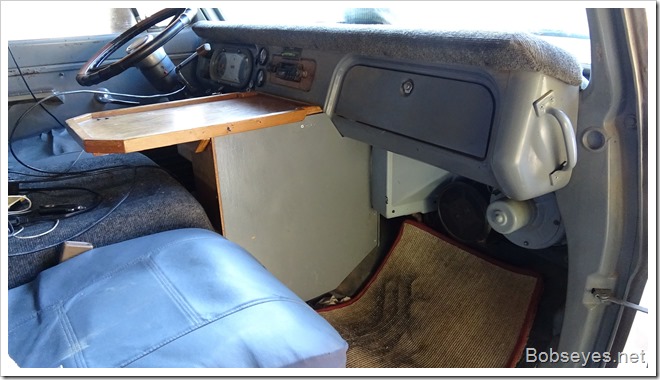 Getting to the heater controls

The heaters air ducting and controls are located behind where the console was located that’s why it had to come out. 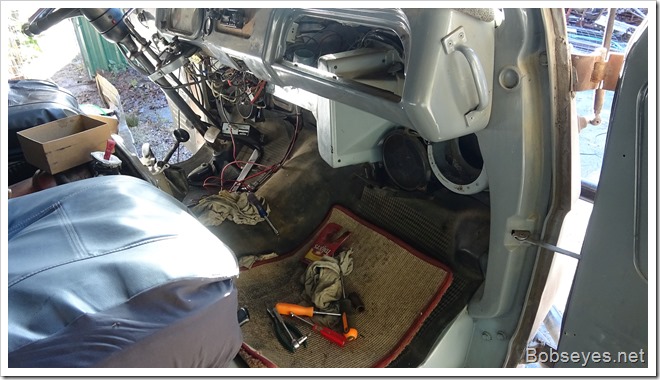 I figure the rats are coming and going through this ducting but I don’t know how they are doing it. There’s also some stuck heater controls that need some work to get them going so there’s more than one reason to do all this work.

I’ve removed the heater motor and fan from the spot on the upper right. 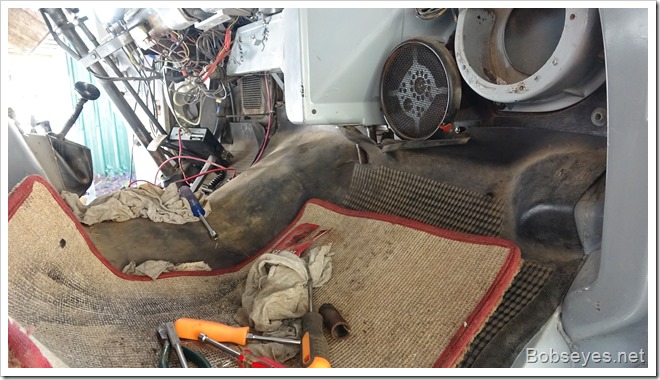 The heater motor and fan are removed and you can see a bunch of plastic pieces laying in the bottom there. Oh, oh. That’s not a good sign. The hole in the back goes to the outside of the van and is where the rats are getting in. They ate through the plastic fan to do it. 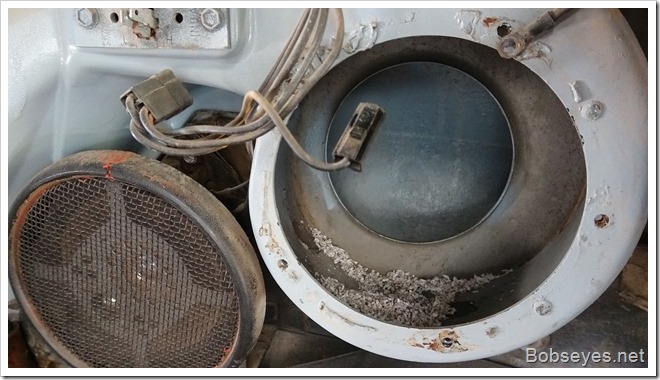 When I first looked at the plastic fan I saw the holes in the middle there with teeth marks. 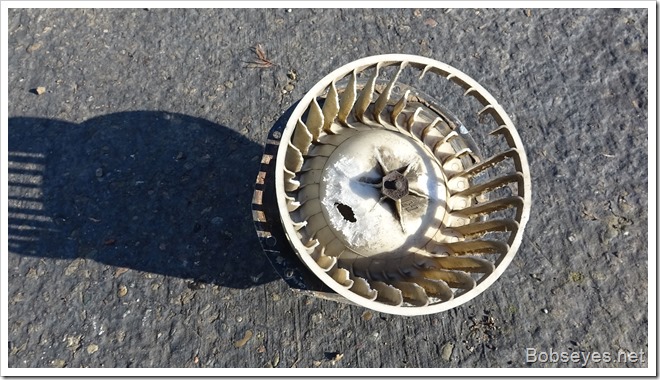 Looking closer I saw this big hole they chewed in the plastic fan to get access into the van. Not good and they really messed up the fan. No good now. 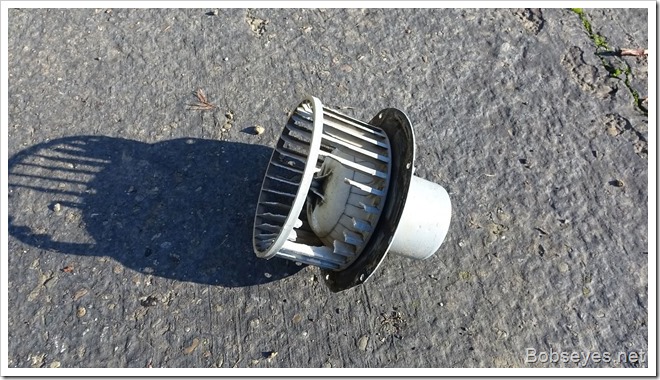 I continued taking apart the rest of the heater ducting so I could work on fixing all the controls up that make the heater stuff work.

This is with all the heater stuff removed. 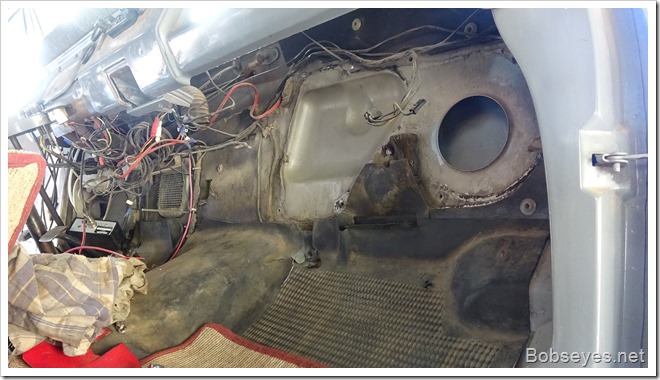 Here’s the heater with it’s ducting and controls. I found a stuck control that only needed to be bent a little. It was the main one that let the heat into the van. I bet it works a bit better after this. Now maybe I’ll actually be able to get some heat out of it. 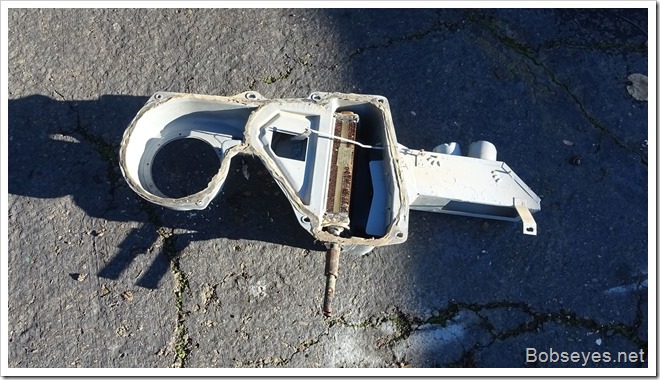 Having got as much done on that part as I could for now, I removed this axillary radiator cooler as it wasn’t doing much cooling and is leaking a bit. I thought it  might help a bit but sometimes things one tries just don’t work out. 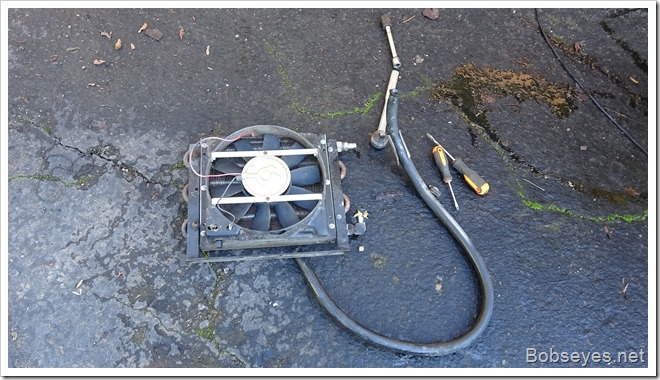 That was enough mechanicing for one day. I went in the house and started looking for parts. I needed a new fan blade and there’s a heater resistor in the wire that is old and broken so I thought I’d replace it also instead of repairing the old one.

I went to Amazon and was getting confused so I did a search of a parts place I’ve used in the past. Jim Carters old truck parts. I found the resistor and I also found a new fan. It turns out the new fan is made of metal which was likely what should have been in there so the rodents couldn’t eat their way in. Someone had replaced the metal fan blade with the plastic one sometime down the line not realizing the bad mistake that would cause me so much trouble. :O) I’d likely have made the same mistake as the plastic fan seems reasonable.

I’ll get those parts ordered tomorrow.

I’m also thinking I might do a repair on my electric winch as it hasn’t’ worked for yeas. I know the electric motor needs taken apart and cleaned up as there’s something wrong with the motor brushes in there, likely all corroded up.

It was good to get this job taken care of today so I can get parts and get things back together. Times a wasting and I need to get on the road soon. :O)