As I went out the door this morning I heard a motorcycle across the road and knew it was my brother Barry going for a ride. My other brother Mike’s bike needed it’s battery charged up so I got my stuff together and went over and joined him telling him not to go up into too steep of stuff as my older body was really worn out the last time we did.

To the ridge top

So off we went headed up to the ridge top on our property. We stopped here for a bit to eat some  apples I picked off a tree down below which were very good. We can look on down at the town of Guerneville from  here. 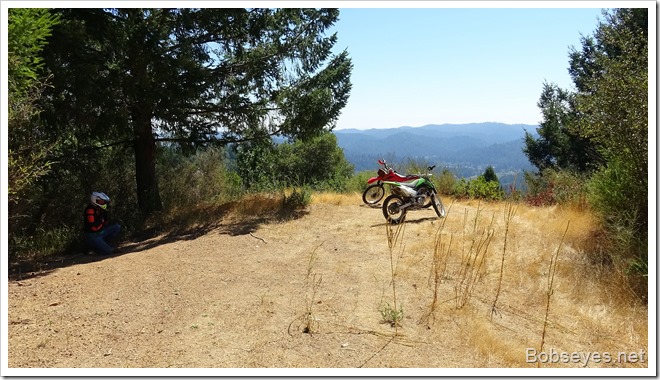 We rode on down the back of the hill and went through this creek crossing. 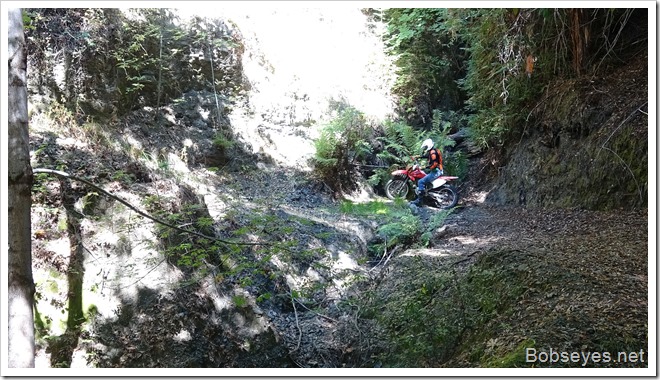 And up the other side. 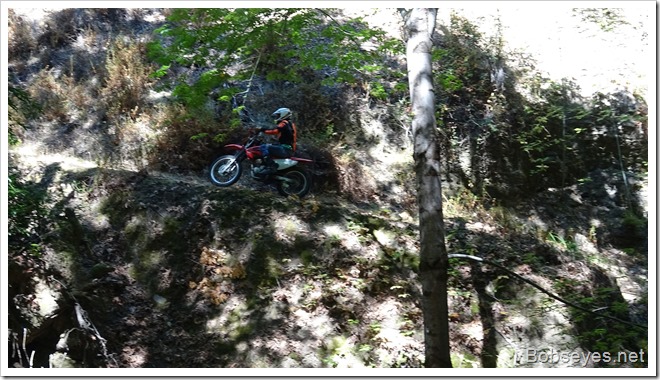 And down this ridge. 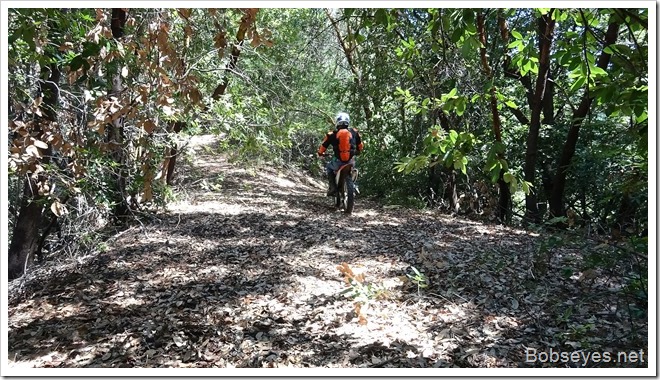 Then we went over to my cousin’s place and rode up to what they call, top of the world, which is one of he higher peaks around here just under 2000 feet I think. 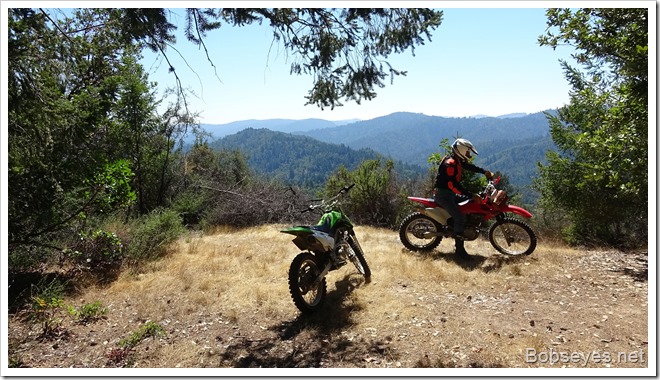 From there we rode on down this ridge through the trees. 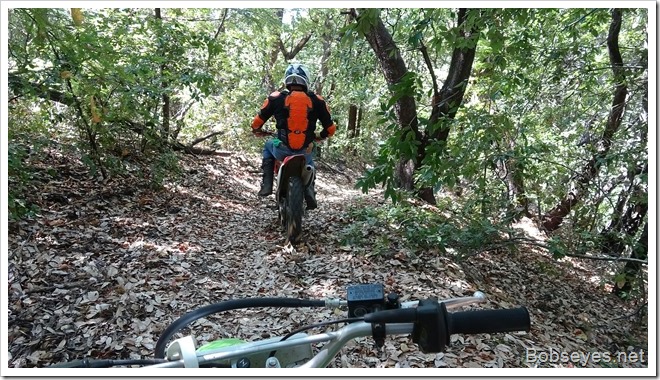 My brother stopped here to throw some sticks and rocks off the road, he’s not really looking for something he lost although it sure looks like it. 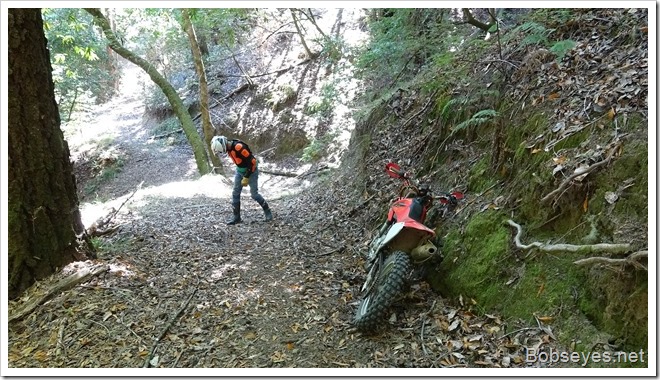 Best to take it easy

After a good ride my brother asked if I wanted to do any more. I did, but I thought it would be better on my body if I didn’t so I  headed on back to my house while he did a couple more hills.

Headed to get feed for the chickens

After a break I drove on down to the local pet store to see about getting some chicken food. Unfortunately they only stocked organic feed which is about three times more expensive that non organic.

So I drove about a half hour to Fulton’s feed store and bought some feed which was supposed to be all corn less.

Some corn gets in

However when I got home and opened the bags one of them which I think was crimped oats had a lot of crimped corn in it which I wasn’t real happy with since I bought oats. I’ll have to check into why that happened. I’ll give that bag to my brother for his chickens as it’s easier than trying to return an open bag of feed.

Alfalfa pellets too are too big

I also bought a bag of alfalfa pellets, but when I opened the bag the pellets were rather large, too big for a chicken to get down. I tried some on them but they didn’t go for it.

So I put some water on the pellets and they about tripled in size and softened up so we’ll see if they disappear by tomorrow.

That was pretty much my day for a good one.