Revising the Trap So the Rat’s Can’t Get Out

Once I got it going I rounded up some wire and tools to fix-up the trap I was using to catch rats. It turns out this is a squirrel trap and the wire holes are too big letting the smaller rats out. The wire holes are about an inch. I lost two small rats last night as they exited through those holes. I did catch two of the little buggers though that didn’t get away. Catching them and then them getting away is bad for lots of reasons. The main one is once they get away it’s hard to get them back in the trap so that’s a bad thing.

Here’s the little trap I need to fix-up with some smaller holed wire. I have some hardware clothe that is half inch that will work and not let any little mice out either. 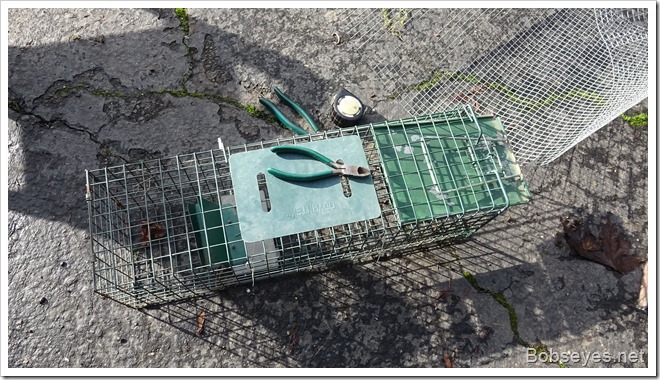 My work area. I usually end up working on the ground. 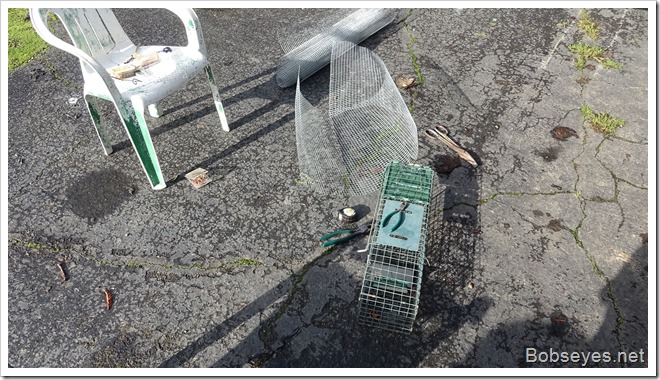 Hog nose clips did the job

I measured and cut and bent the wire to fit the trap. Then I used hog nose clips to fasten the new wire to the trap.

Here’s the trap with the new wire all clipped onto the trap, looking good. 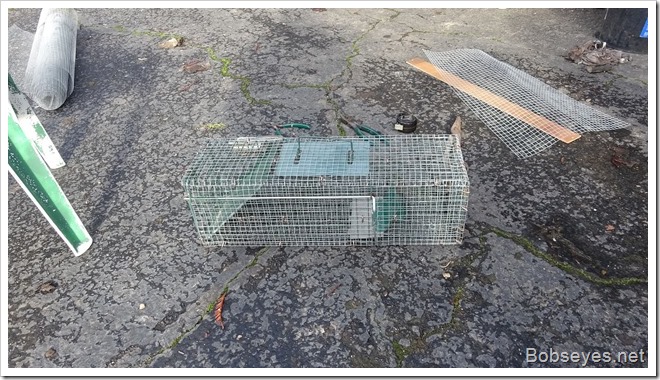 I dodged a couple small rain showers throughout the day and mostly took it easy staying warm as the showers were a bit on the cool side.

Just before dark I set the trap up in the chicken pen in this spot where the chickens can’t get. I used some peanuts with shells as I have some old ones and the rodents seem to like them so they are getting put to good use. I stick a couple peanuts outside on the ground to entice them. They eat those first then eventually  have to get into the trap to get some more. 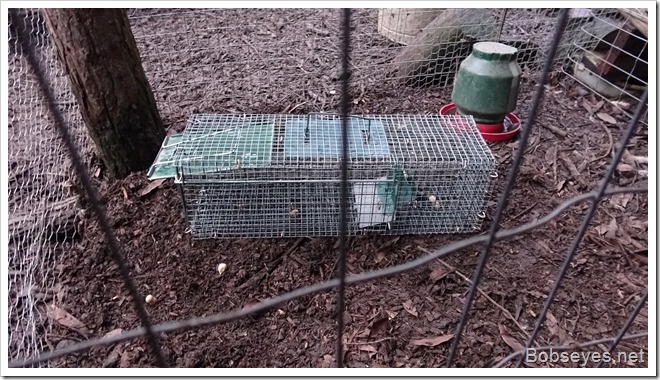 I have a camera set up so I can watch what’s going on at night on my computer. This has some advantages and helps make this all work better. 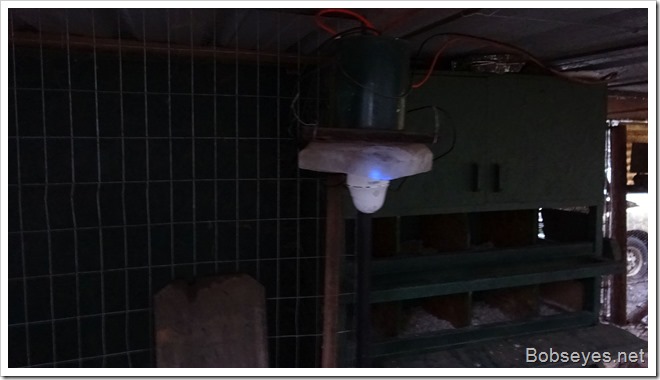 The camera is above that white chicken that needs to go to bed. I can see the trap on the left at night. That way I can see what works and what doesn’t. And when I get one I know it right away before the caught rat makes too much fuss and scares the other rats I can go out and remove the rat and reset the trap. Last night I had three of them in the trap at different times but two of them got out through the too large holes. 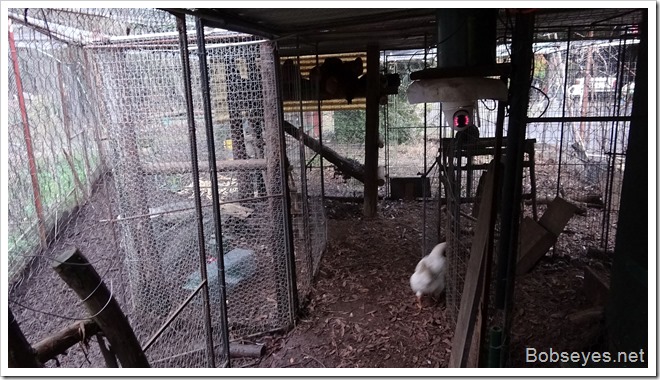 Getting a birth certificate sucks

I also spent some of the day looking up stuff on the California State web page to figure out what I need to do to get my birth certificate done as mine was never recorded when I was born. It looks like a royal pain to get it done so I need to start the process once I figure out what they want. I will make a phone call to them to figure that out as the computer is just too confusing. I tried to call them a couple times but the wait times were really long so I gave up for now.

Rats are taking over everywhere

I didn’t get much done but getting the rat trap fixed up was a good thing as it seems the rats are taking over just about everywhere not just here.

Are they bird feeders or rodent feeders

That was it for me today, nice to get the trap fixed up especially since the day wasn’t good to get  much else done.