I got caught up and published 3 blogs today. Since there are two per page you’d have to go to the bottom of this page and hit Older posts to get to the first one if you want to read them in order.

The phone rang just before 8 this morning which I wouldn’t usually answer at that hour, but I did because of the power outage.

It was the automated phone service from the power company saying someone would be out around 8 to see what our power problem was.

Get it going and the power guy arrives

So I thought I better get up to go see what was going on. Just as I went out the door I could  hear his truck pulling in by the fuses for the power line. The guy went up in his bucket and found the fuses opened but not blown. He said they shake open sometimes from heavy vibration. I’m sure the big redwood limb I found on  the gate  last night shuck the hell out of the lines as it fell through them. He popped the fuses back in and I thanked him and went home for a cup of coffee.

Every is all wet

After I was a bit more awake I went out to see what I wanted to do today. But everything was all wet from the storms so working on anything wasn’t too inviting.

I did let the chickens out to graze. 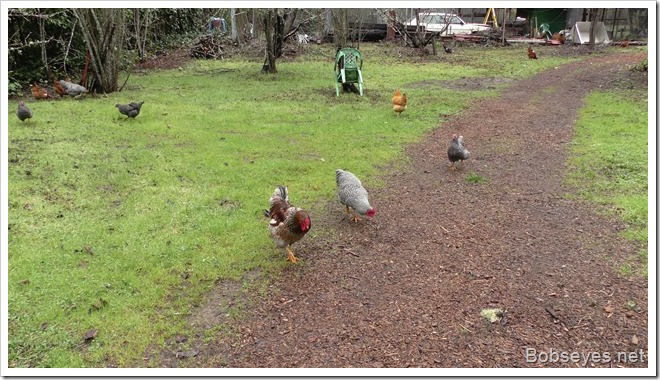 After sitting around the yard for a bit taking it easy I decided to do the chicken pen expansion. I had to dig around the panels I wanted to move as part of them are buried. Things were still a bit sloppy from the rain. It wasn’t long before the chickens came over to see what they could find in the dirt. There were lots of worms in there for them to eat. 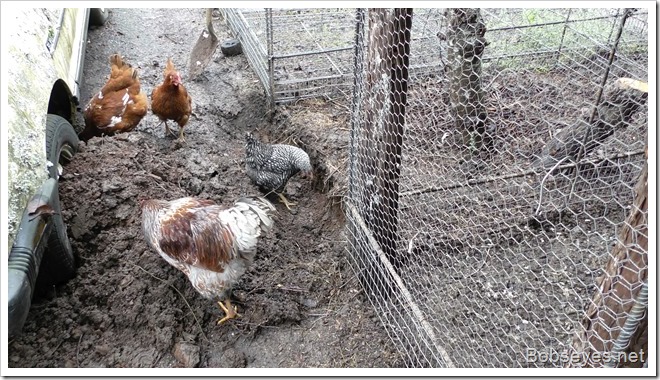 I cut all the wires holding the two panels I’d have to move and took the panels out. I have the side panel back in on this pic. Where the one chicken is is the part that gets added to the pen. 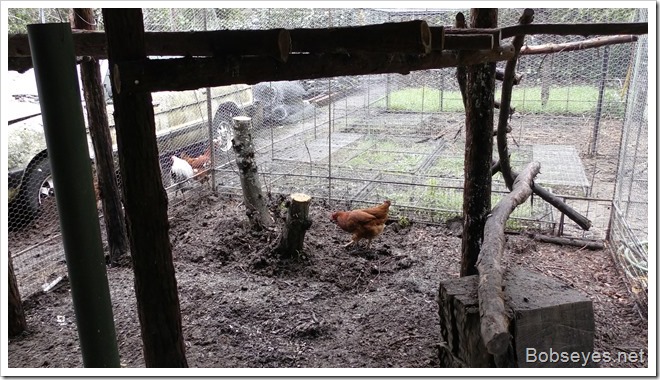 I had to shorten up this panel I was going to use for the roof as it was a bit too long now. You can see the part I cut off the panel. Once things were all welded up I packed the panel back over to the pen to install. 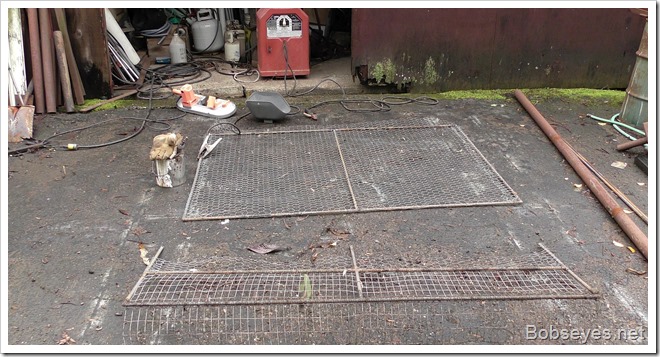 Here’s the shortened up roof panel going up which I will wire to the other panels to hold it in place. 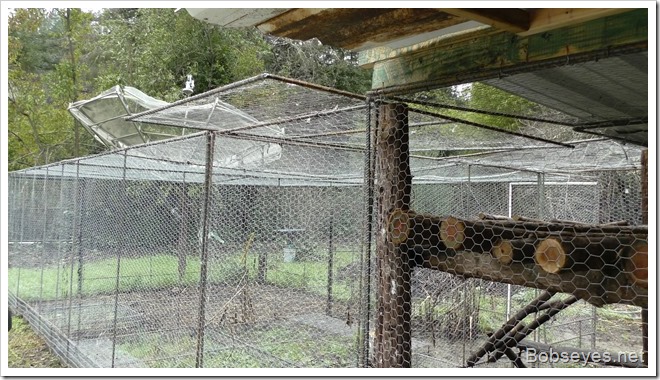 Motorcycle ride up into the hills

So I got the bike out and got it started. Riding it charges the battery so it’s a good thing to do once in awhile.

Not a lot of wind damage

I took this road up the hill. Surprisingly not a lot of trees down up here. One tree protects the other trees when there are a lot of them like this. 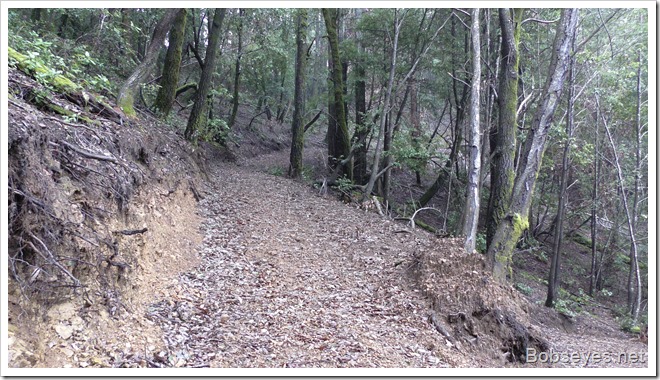 I  made it to the top just before my brother and Dominique did. 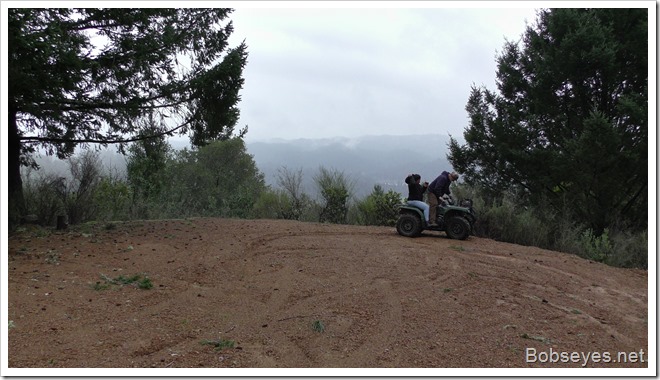 It was misty out so we didn’t stay long at the top. They took off and I sorta followed in their path.

Lots of little stuff from the high winds

There was a lot of small debrie on the upper road from the high winds. 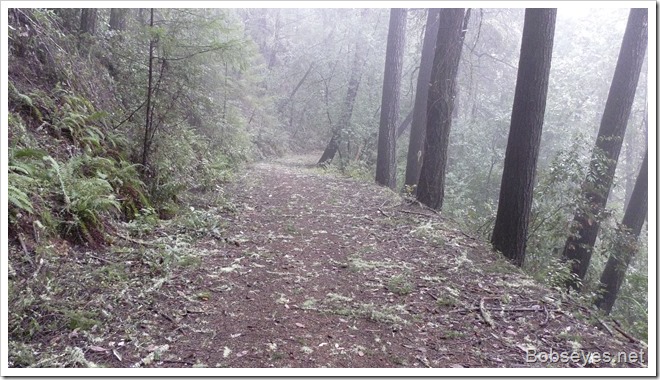 I caught up with them when they had to stop to cut this tree out of the road to pass. 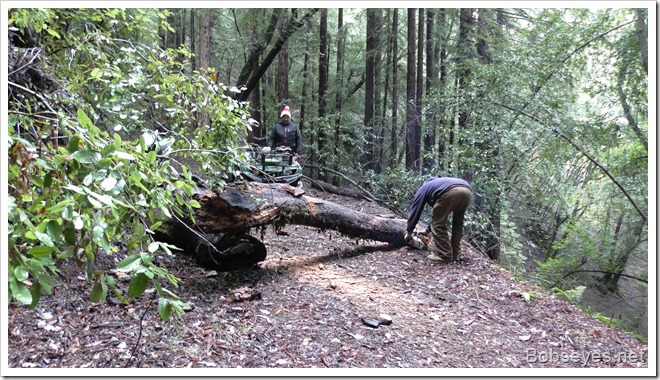 After we got the tree out of the way they took off and I took off. I headed towards home going a different way. Nice ride.

The rest of the day I mostly just puttered around the yard doing some little stuff.