I thought I better get started on repairing the van’s engine fire damage as I have a lot to do and I need to get some more stuff ordered up so I need to take things apart to know what I still need to get to do the repair job.

As always the belly pan needs to come off to get to stuff so I got my tools out and an old blanket and removed the bolts and soon had it off. 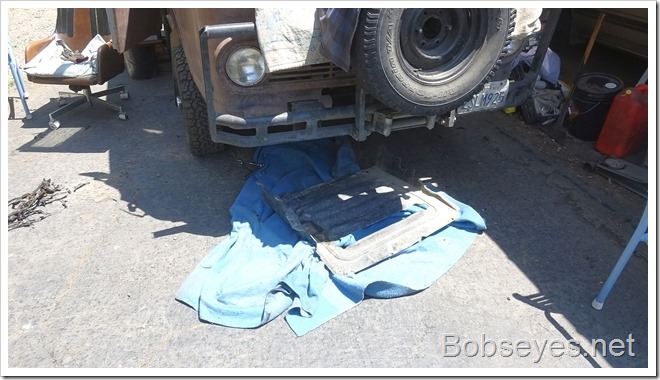 Then I disconnected the hoses and fan brackets on the top side. 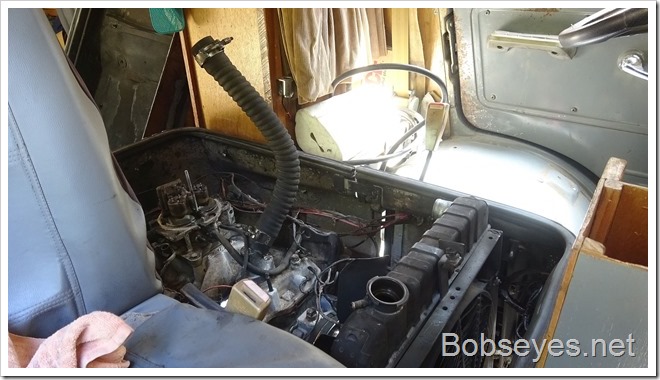 I pulled the radiator out mostly to check for fire damage and to get the two electric fans that got melted out. The radiator turned out to be ok but the top water hose got fried and needs to be replaced. 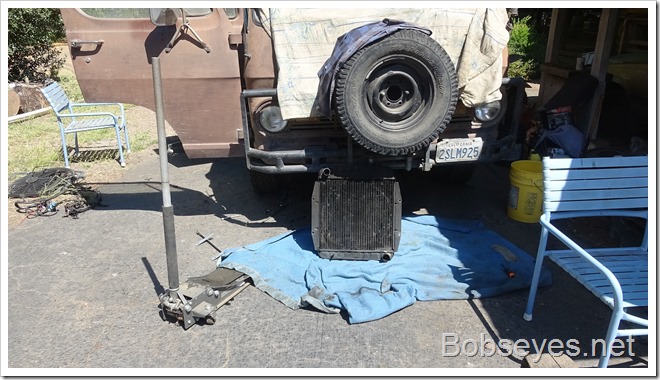 The two plastic electric fans got melted some so I got two new ones to replace the burnt ones. 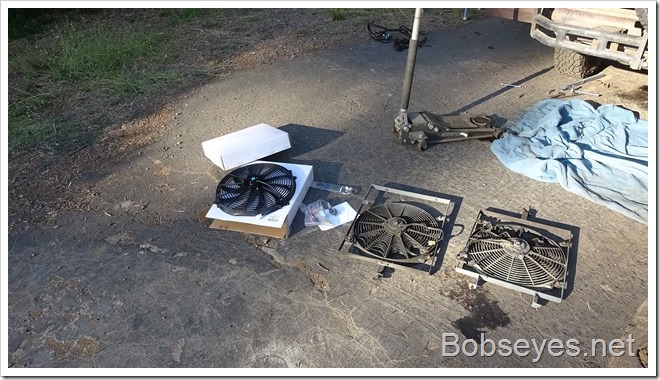 Somehow I got the brackets turned over when I put one of the fans back together and that one just wouldn’t fit back in the van until I figured out I messed it up and flipped the brackets back over and it all went together wasting about an hour but that’s mechanicing.

New fans mounted in the metal brackets and ready to be installed. 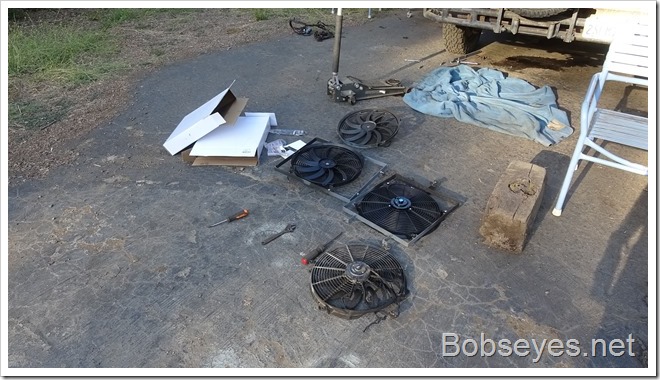 I really didn’t work on that very hard today,  I mostly  just puttered and worked on it on and off doing some chair hopping in between work spurts.

Late in the afternoon I called my parts lady and ordered up a distributor and plug wires and some other stuff I’ll have to go get tomorrow and then I  should have enough stuff to really get started on this job. The main job will be rewiring the engine as all those wires burned up.