Today was the day to get the new alternator on the van. I had it all prepped and ready to work on so I just needed to do the work with the tools, but I wasn’t into it.

Instead I did some chair hopping around the yard until a bit later in the day when I finally grabbed the wrenches and started to do the work.

Finally got started on the job

I had to remove this old alternator to start out with so I got under the van and started wrenching things, removing the belts and the wires.. Things were a little tight to work in the space. 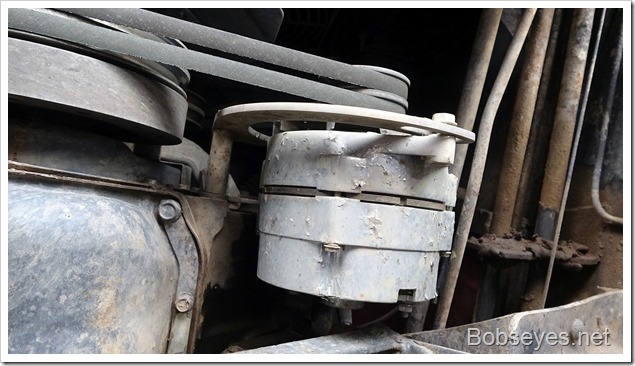 It took a bit of persistence but I got all the stuff off it and was able to remove the old one. 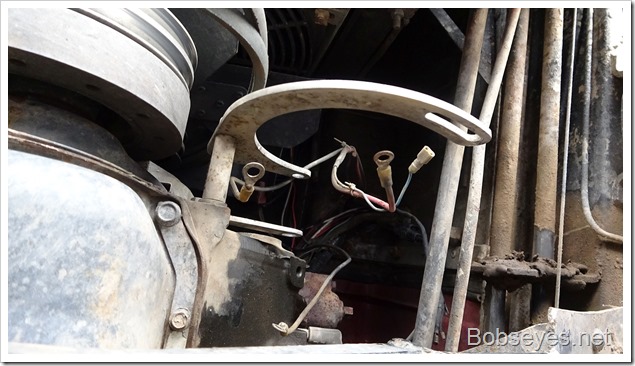 And getting the wires back on starting the nuts was a bit difficult but more persistence got that done. All adjusted and tightened up. 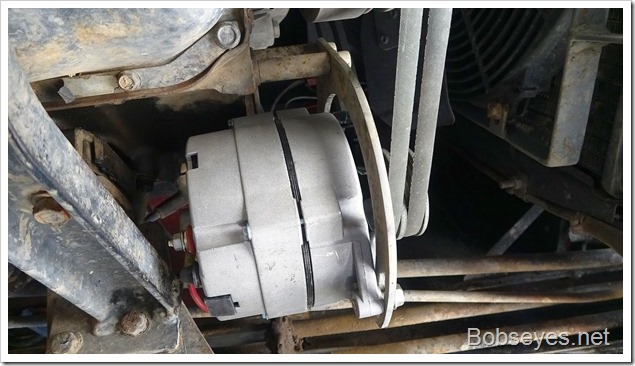 While I was under there I noted the small fluid leak at the radiator hose. 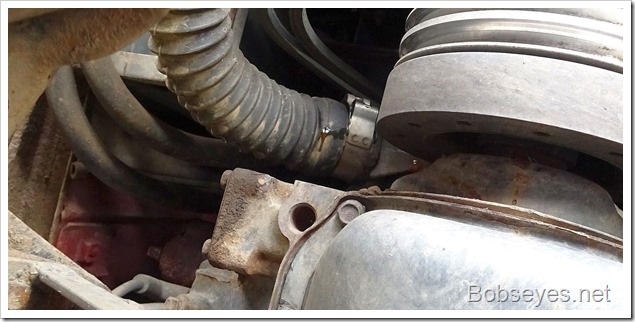 Not a big leak but it needed the clamp tightened up which I will do. 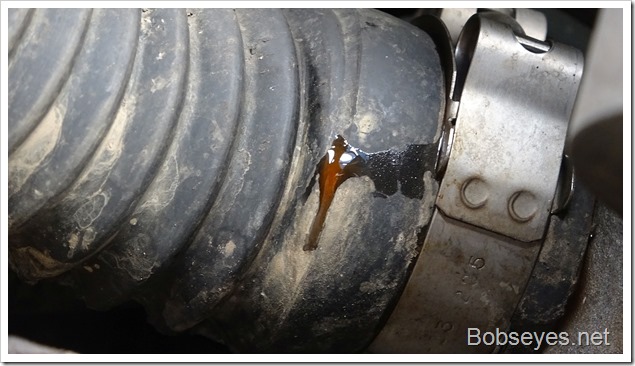 I tightened the clamp up and that should stop that leak, I hope. 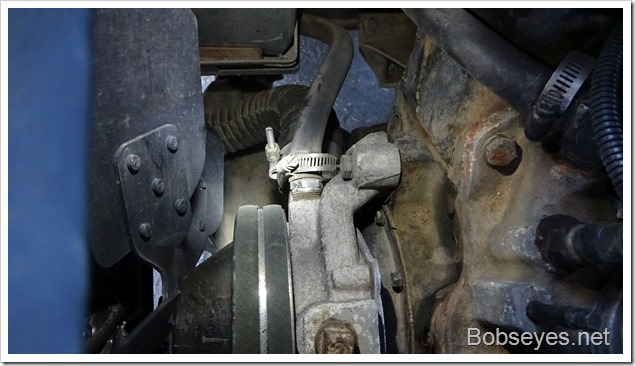 And I needed a new gas cap. I made a  hole for the chain so I don’t leave it someplace like I usually do. 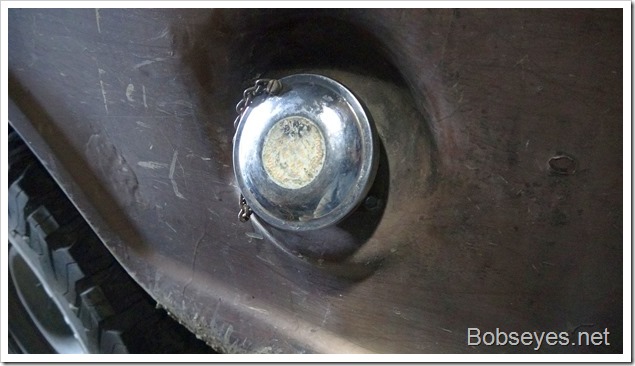 I checked the engine oil and it needed a half quart so I added the oil. 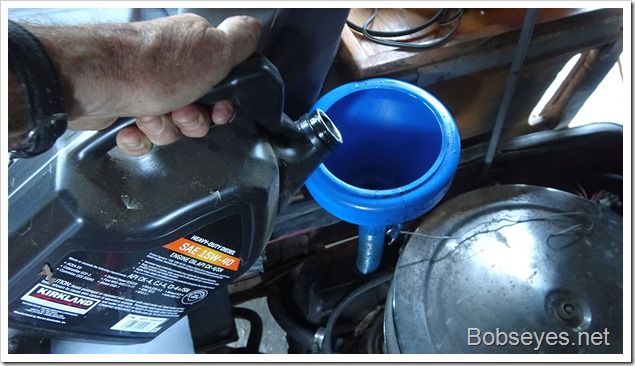 Ready to test out the new alternator

To do that I needed to hook up the battery so I did. 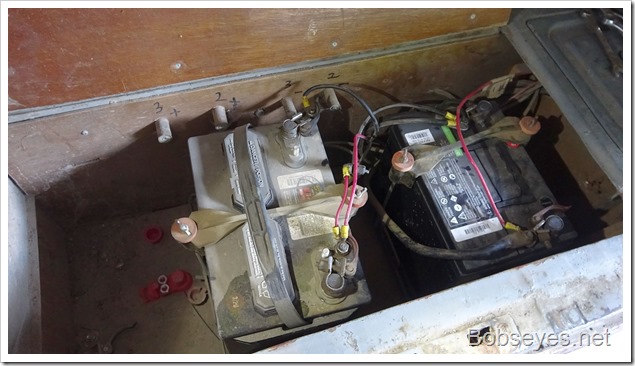 I like these quick clamp battery terminals as it’s much easier to deal with hooking things up or changing the batteries. They seem to be holding up well.

This is the extra battery for living in the van which also has solar panels hooked to it. 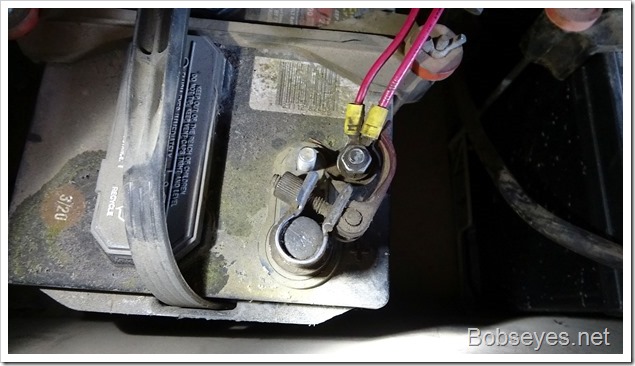 I started the van and checked the voltage gauge to see if the new alternator was working and it wasn’t.,,,,,,,,,,, but.

I had read the directions before I started and it said if there’s no output from the alternator to hold the plus wire on this one screw for a moment and it should start to charge, but it was getting late so I didn’t get to that part yet.

Instead I went in the house for the day and called it a day.