Repairing Things and Thinking About a Dirt Bike

My epoxy set up on the oxygen regulator I repaired yesterday so I put it back together and tried it out. It didn’t work, so there must be a small hole in the diaphragm which I can’t see.

Here’s the part I repaired with epoxy. 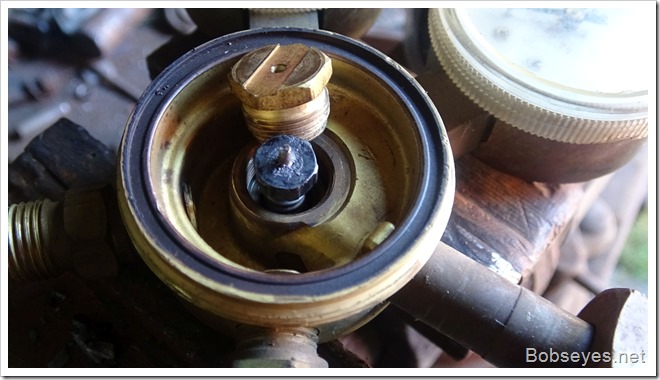 So I wasn’t sure what to do about that, but finally realized I could likely find a parts kit on Amazon which I did and I ordered it.

In the mean time I remembered I have a smaller welding rig in my jewelry shop, but would it fit the big bottles.

It did so now I was good to go to get the cracks welded up.

Here’s the good regulator installed and tested on the oxygen tank. 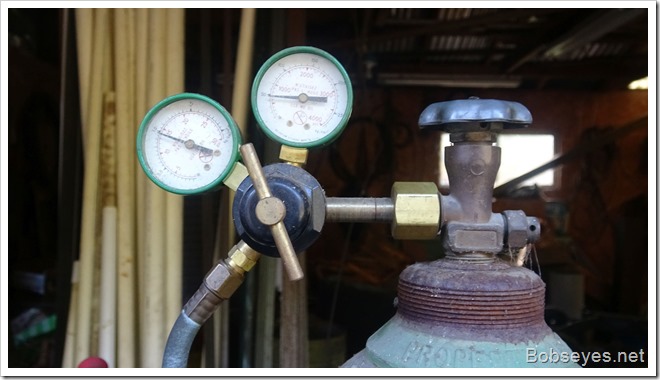 While I was working on that my brother Barry showed up to take a dirt bike ride up in the hills. Barry and another brother Mike just bought bikes. We all used to ride them when we were younger. 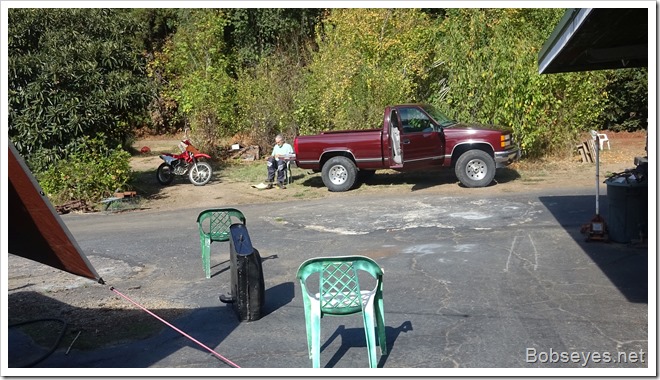 I’m resisting, but I  think it might not be too long before I’ll have to get a bike too. :O)

Welding up the cracks

Ok, now that the welder regulator was working I started to work on welding up these cracks. 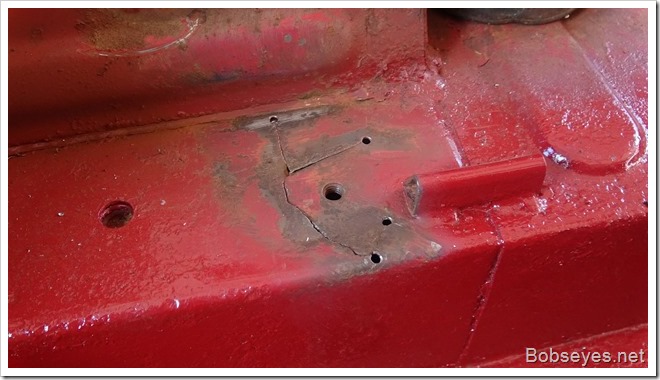 I haven’t done any of this type of gas welding in quite some time, so I wasn’t sure how it would turn out, but it turned out ok. 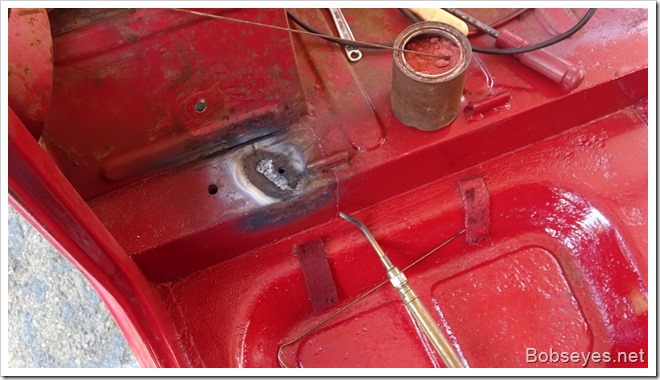 I painted over the repair and also painted the well where the new gas tank gets installed. 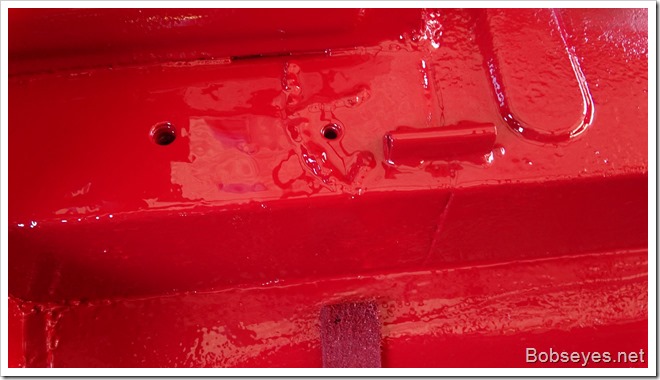 I’m using red paint as that’s the color of the old Toyota when I got it. I’m not trying to do a restore, but just get things fixed up so I can use the rig again. 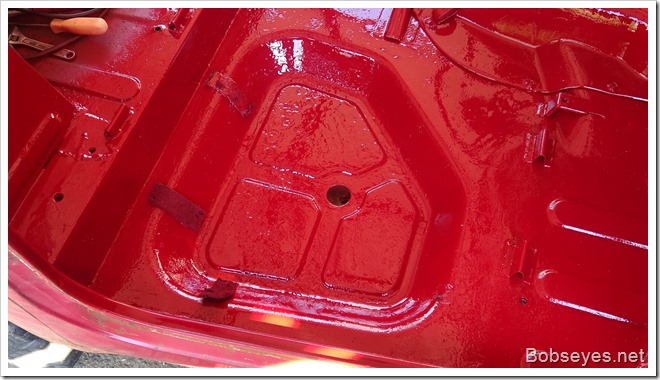 I left that to dry and got the tools out to tighten the fan belts in my car. 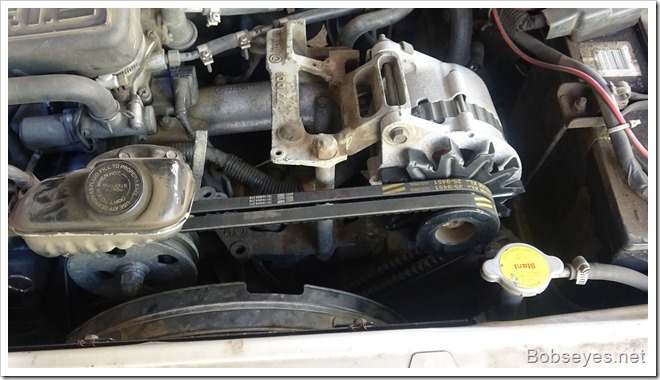 And as long as I was doing that I also tightened up the ones in the old Chevy van as they squeaked a bit when I first take off in the morning, same as the car. In the process I noticed the left front shock was leaking oil, something else that I’ll need to fix soon.

Brackets for the cooler

My next project was to work on the mounts for the cooler I’m adding to the radiator as the big V8 can use a bit of help on hot days and long hills. Just turning the heater on high seems to help when it overheats so I think this should solve the problem.

The cooler will  hang from the front bumper behind the spare tire which you can barely see on the right side. 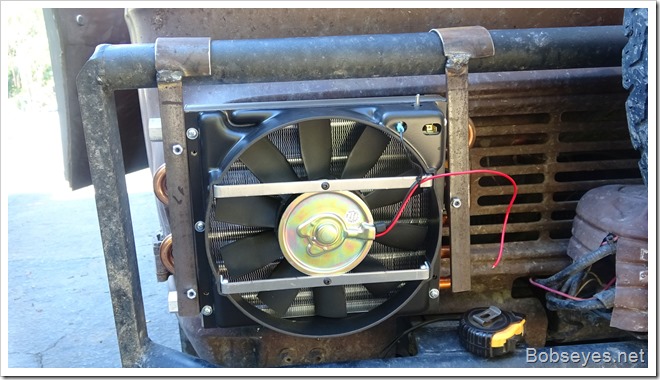 I got the brackets made so they needed some paint too.

Paint drying on the cooler brackets. 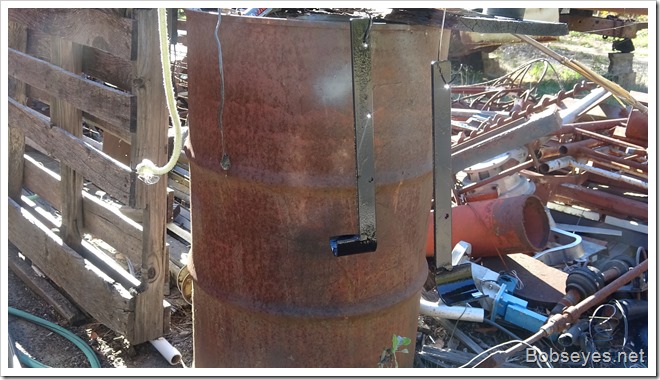 By now the day was about over and was cooling down so I quite and took it easy for the rest of the day.

1 Response to Repairing Things and Thinking About a Dirt Bike