Repairing the Rodent Proof Feeder and Puttering Around the Yard

I was putting some water on some weeds so they’d grow and I noticed this pink climbing rose was bent over and needed something to hold it up so the rose bush can grow to the sky. 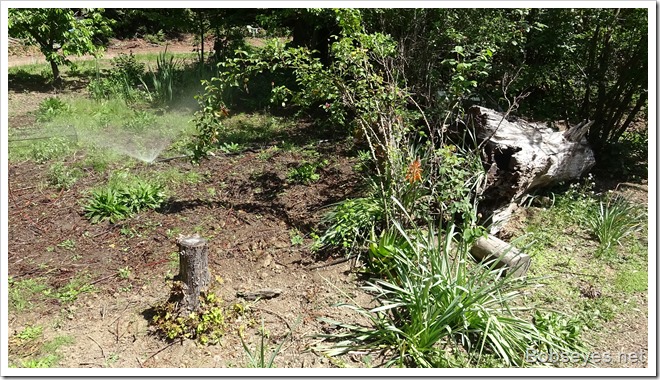 I got this metal stake out and drove it in the ground next to the rose. 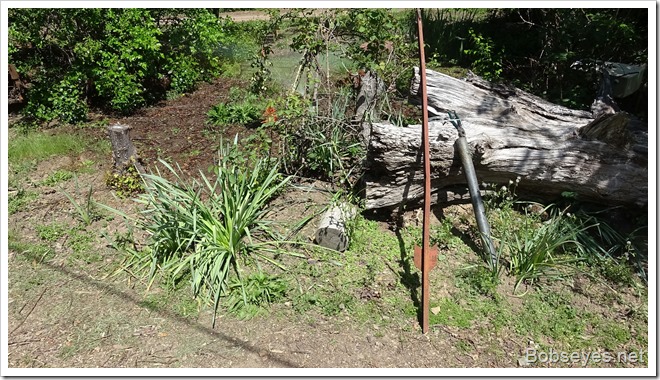 Then I cut a couple pieces of bamboo and tied it to the metal stake with steel wire so the bamboo went way up in the air which you can’t see that in this picture. Even the rose bush is hard to see right now but it will be easy to see once the pink roses start to bloom. 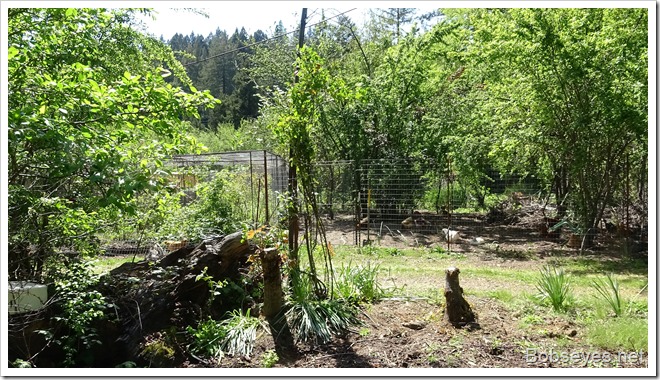 Next this rodent proof chicken feeder needed some work as it wasn’t opening very well. 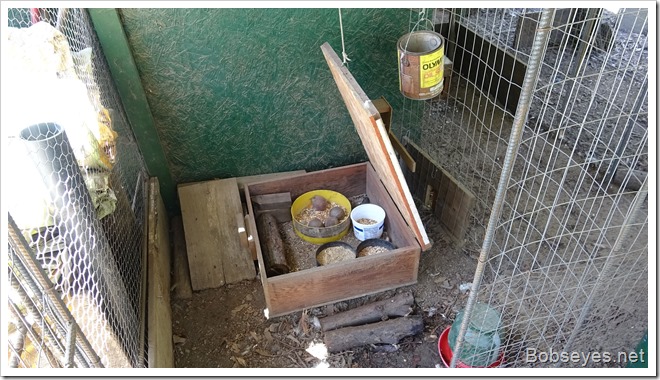 I oiled up the two pulleys of the lid opener which helped the most to make it work better. 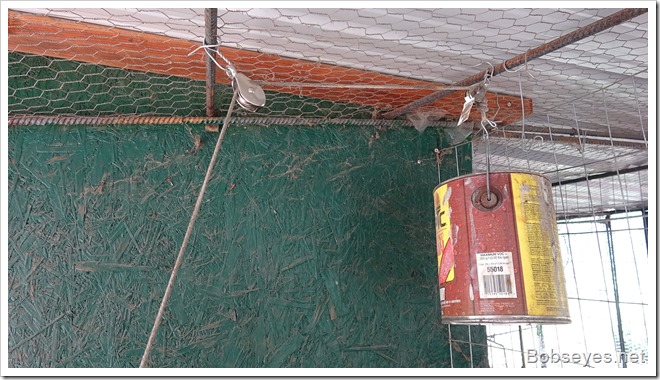 Here’s the box closed up for the night. 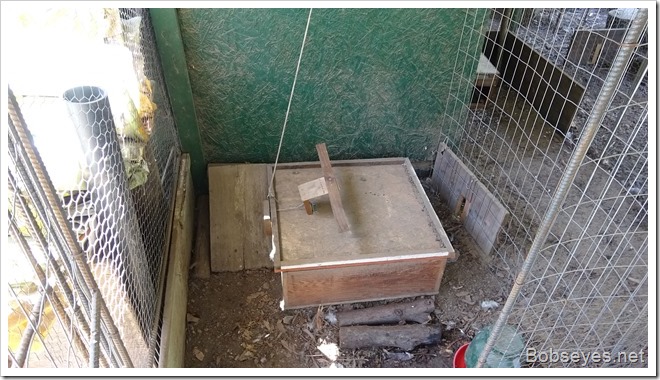 I added this better trip board so it was easy for a chicken to stand on it to cause the door to open. 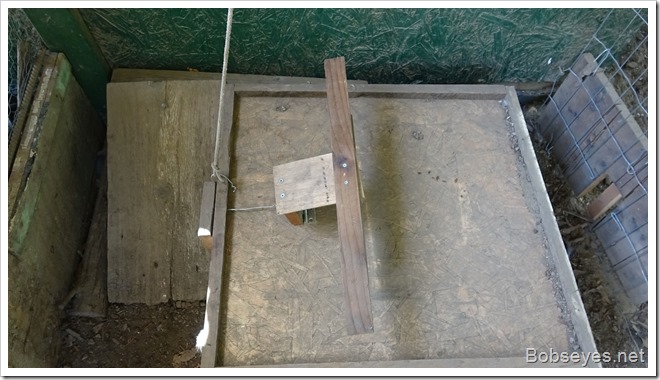 Here’s a closer shot of the trip system. The chicken stands on the board and it drops and pulls the little wire and the door opens in the  morning so they can eat before I get up. 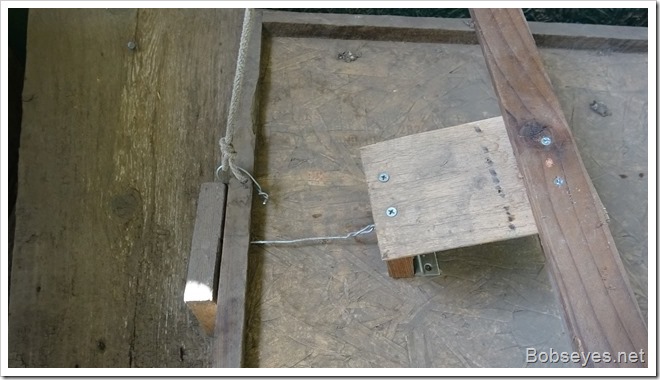 I have two of these boxes and they’ve been working well as far as keeping the rodents out of the chicken’s feed at night. The sides of the boxes also keep the chickens from throwing the feed out the sides.

I was sitting in my chair when Dominique came by and said Tom needed some help pulling this dead tree down so I went on over to where he was working. 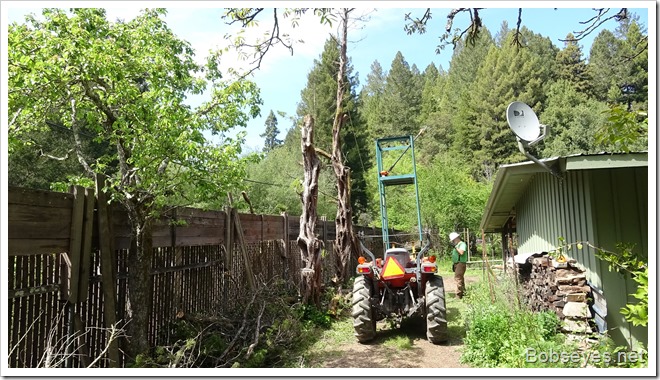 He tied a rope to the tree top and I pulled while he cut the tree off and it fell without hitting anything. He’s continuing to cut the rest of the tree down in this photo. 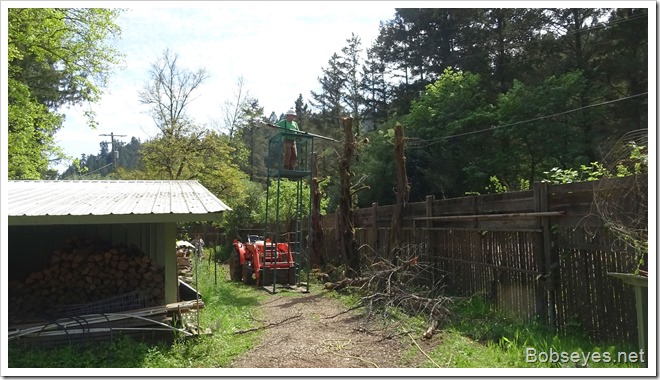 Weeds for the chickens

Dominique was pulling weeds and asked if I wanted the weeds for my chickens to eat. Sure do. I got the wheelbarrow and we loaded it up with weeds. 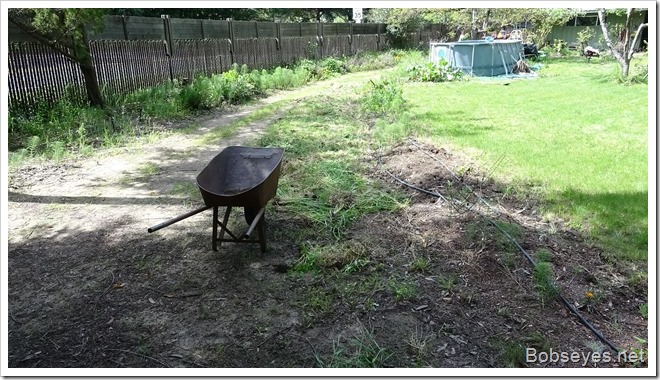 I took the weeds over to my chickens and put them in the pen. 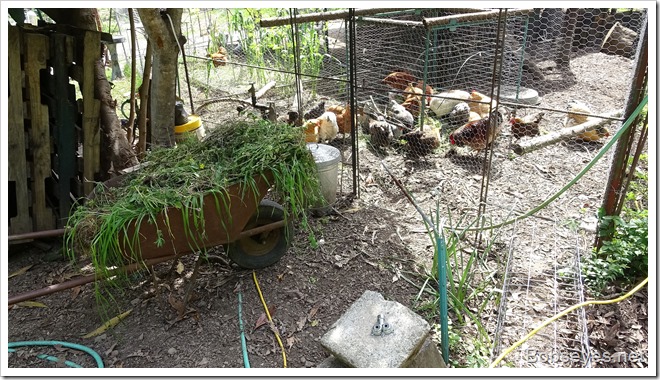 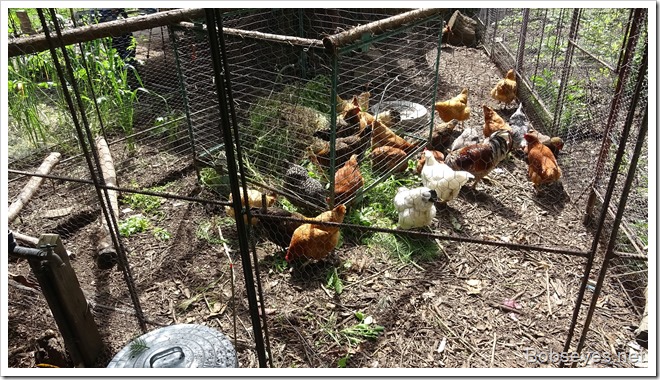 The 8  baby chicks are doing well and growing away. 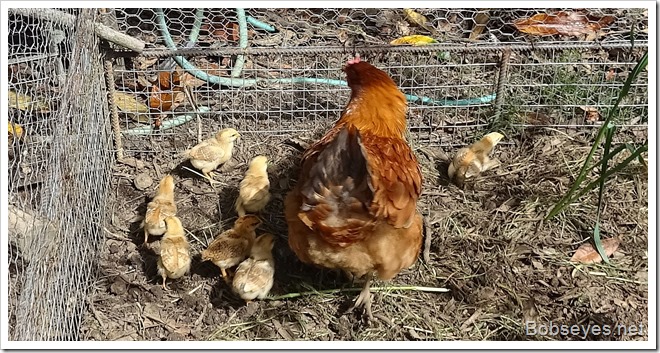 I checked the dirt in the raspberry patch for wetness and decided it was time to set the timer to start watering them for the summer. I plan to put about an inch and a  half of water on them per week, watering once a week as they don’t seem to like daily watering.

The rest of the day I spent puttering around the yard doing some chair hopping and I even dug up some more blackberry vines.