I was over at my neighbors watching Dominique and her son trying to remove some old casters off a cart and they aren’t mechanics so weren’t getting anywhere and the casters were stuck and wouldn’t unscrew so they couldn’t replace them so I volunteered some help and got one of them off and then the next one froze up.  I broke it off so now the broken stud needed to be removed so I took the cart over to my house to work on it.

I got the tools out I thought I would need. 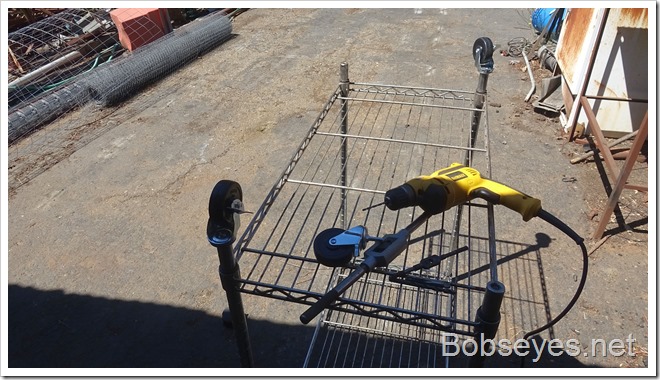 Here’s the broken stud I need to drill out so I did that. 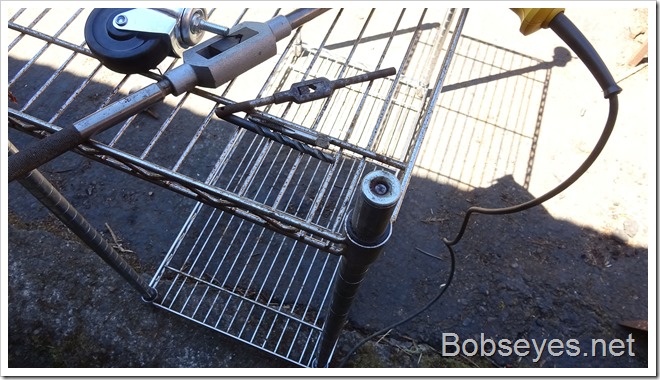 And then I tapped some new treads in the hole. 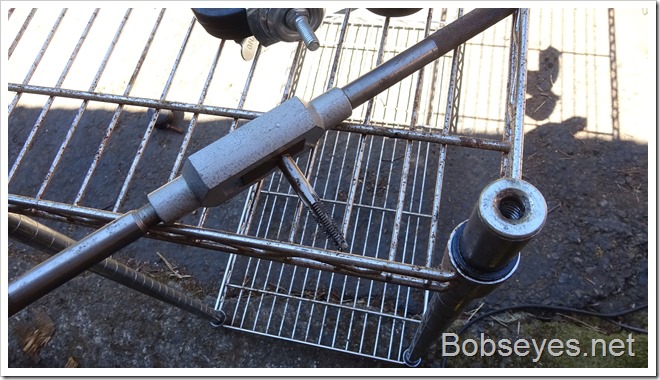 Now I was able to get all the new casters on and rolled it back over to my neighbors. 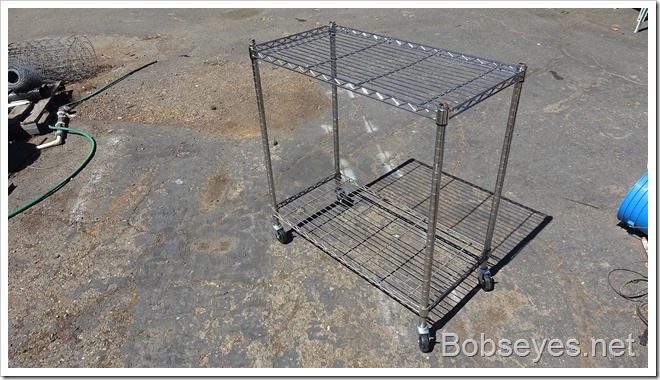 I spent some time shooting the bull with them for a bit before going back over to  my place.

The chickens spread out the mulch nicely yesterday for this panel. So I raked it out and planted some seeds in it and raked it out again. 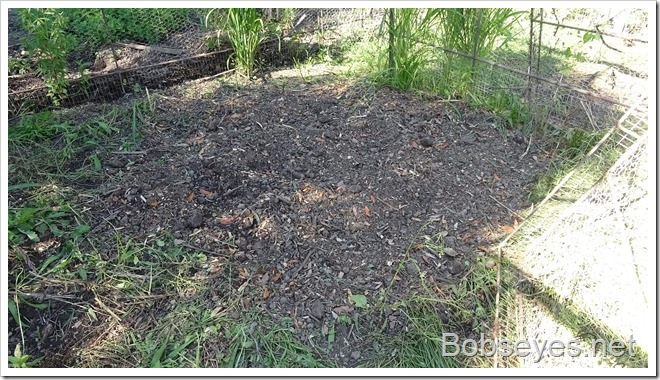 I replaced the panel and now it’s ready to go to keep the chickens from eating all the little plants that will come up. 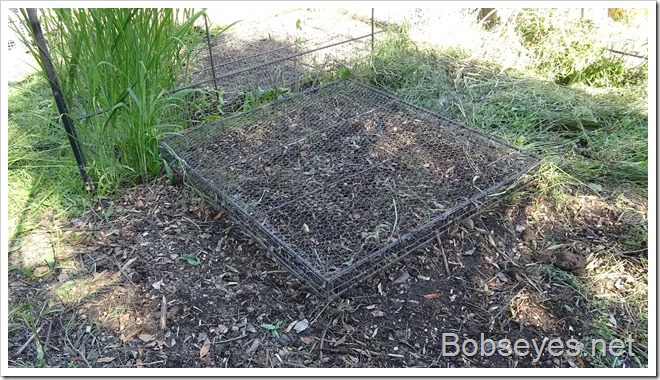 Then I did the same thing to the other one. They will get watered tonight when the overhead sprinklers come on. 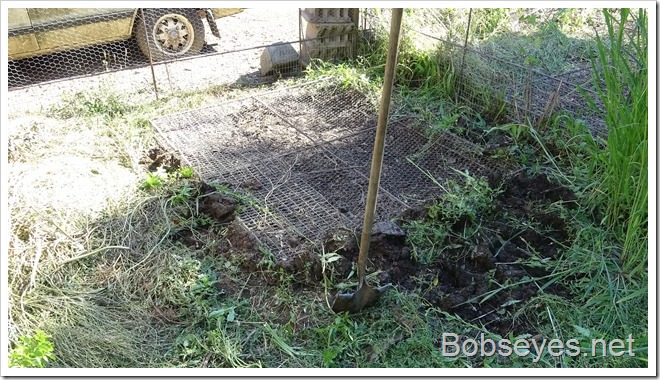 I opened the door so the little chicks could get back into the pen.

These plants grow fast and take over as they did here so I’m having a hard time getting through this spot so I got out the loppers and trimmed them back a bit. 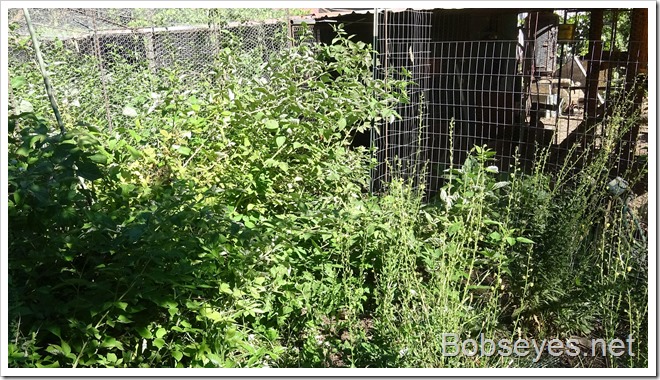 Later I checked on the chicks in the grow panel pen  and all was well. The panel lets them feed but not on the new little plants that will come up. 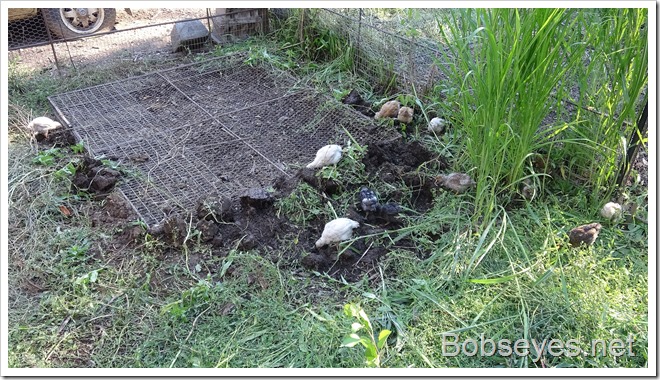 The rest of the day I spent chair hopping and just relaxing and enjoying the day.