Redwood Limbs and Paint and Three More Panels Up

I needed some poles to prop up the pen ceiling in some places so I walked over to one of the big redwood trees in the yard and found these limbs on the ground. I cut them to  length and installed them in the pen. You can see them in some of the other pictures doing their job. 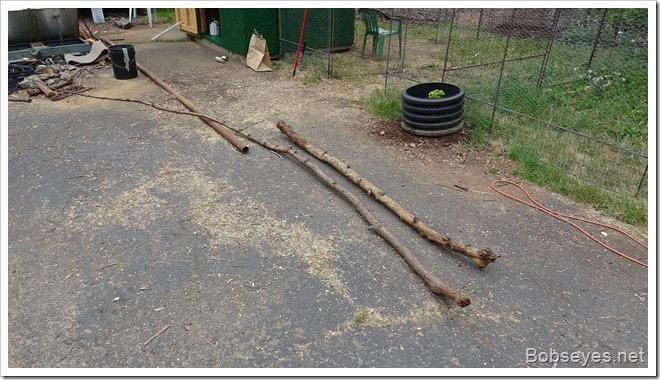 I had three panels that needed wire cut and attached so I worked on that. 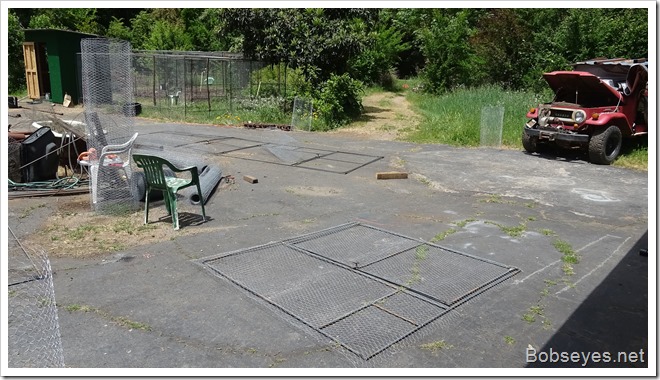 Last of the painting

After finishing one panel I did a bit more painting. Marty gave me about a quart and a half of dark green paint when he was here yesterday. I still had some floor paint so I put another coat of paint on the floor for number 4. I then put a second coat of paint on the sides that will get the wettest. 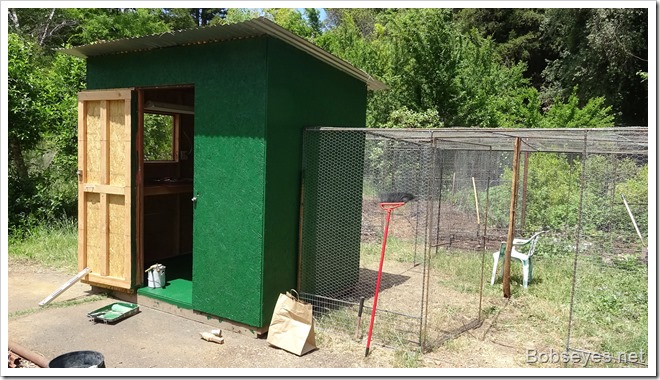 Originally the shed was under some fir trees and I knew there was a lot of debrie up on the roof so I got the ladder and cleaned off the roof of the shed. 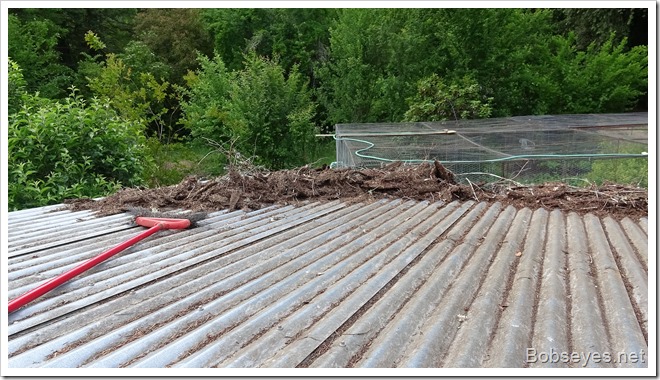 I got the wire on the last panel late in the day. Here’s the side panel and roof I worked on and put up. 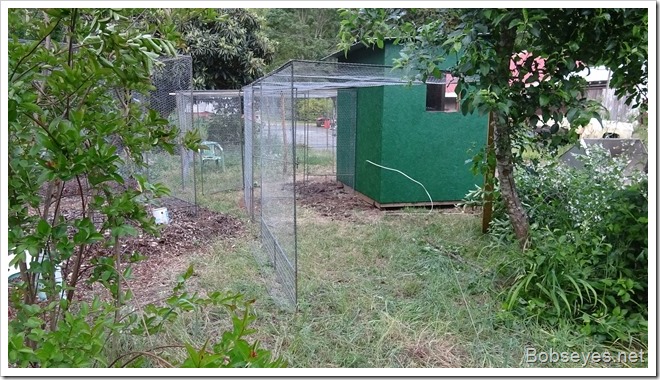 Three more panels to build and this part of the enclosure will be complete.

The garden needed watering so I turned on the water until it got dark. You can see the two poles in the enclosure propping up the roof a bit. They add a bit of character to the place too. I will use more forest limbs for the roosts when I construct them. 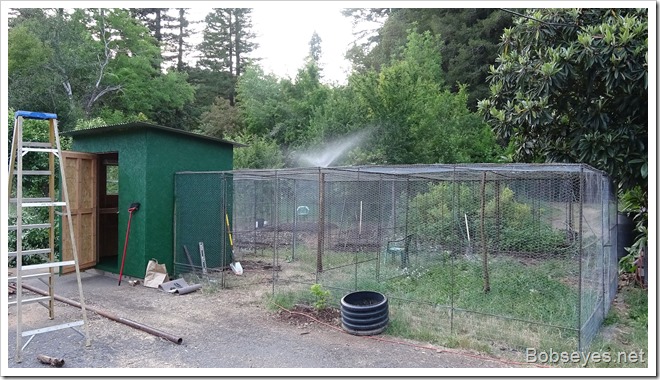