Redwood Forest Dirt Bike Ride, Out of Gas and a Powwow

My brother Barry was outside with his dirt bike when I got up this morning so it seemed like a good idea to join him in a dirt bike ride up the hill and around the forest. I thought of checking the bikes gas but it had a reserve setting so I didn’t and I should have.

We have a couple gates to go through to get across the public road to where we ride. 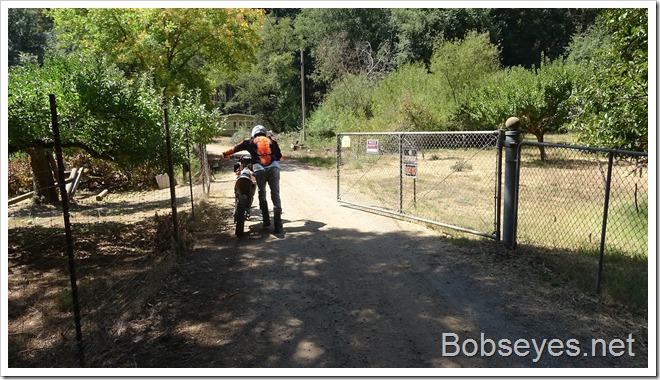 We got through the gates and off we went. 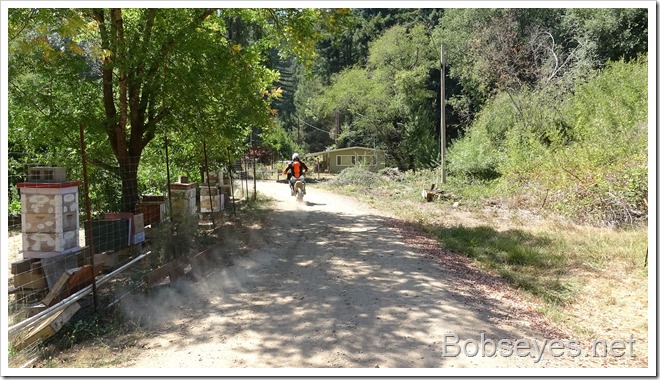 We veered off to where there were some apples getting ripe and packed our pockets with them for eating later. 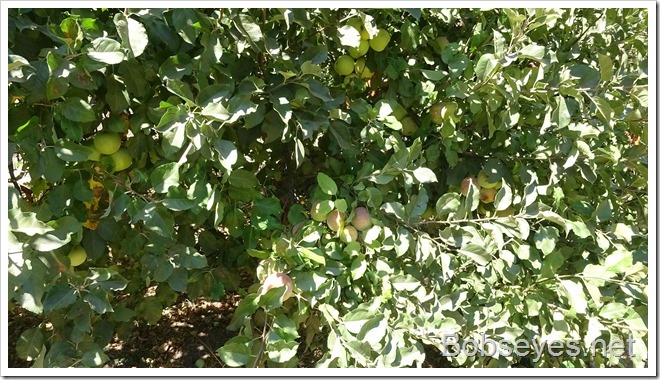 We rode up and around and Barry stopped here to remove a stick I think. 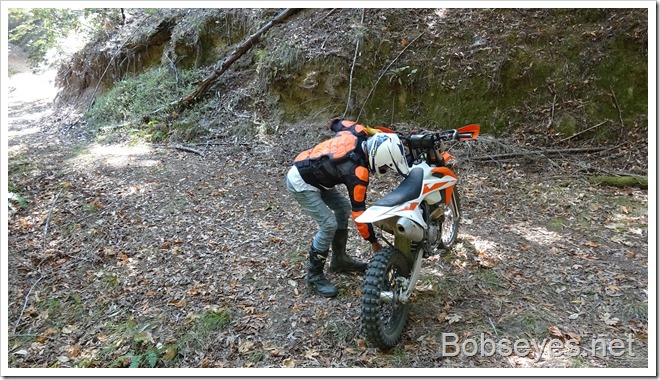 Off we went again and eventually ended up here at the Top of the World where we usually take a good break just enjoying the place. 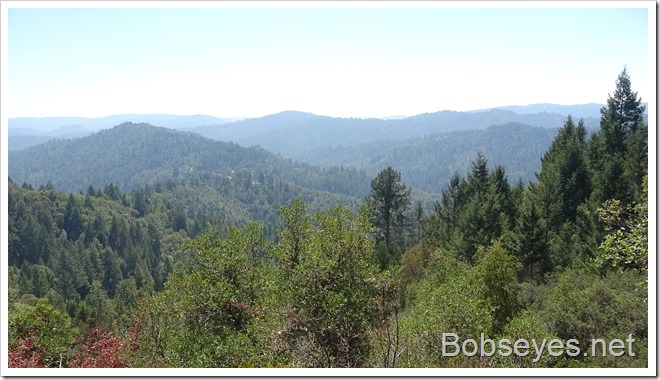 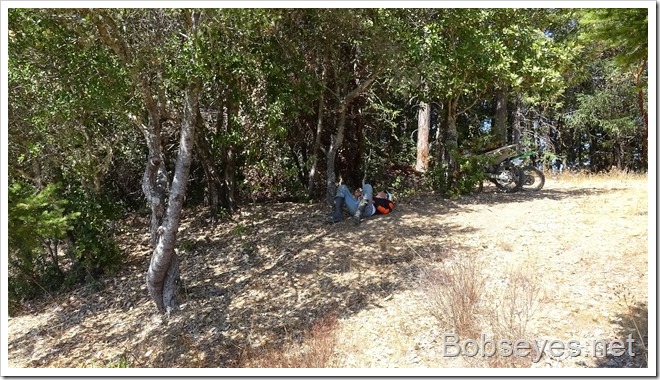 After a good relaxing break we saddled up and took off again. 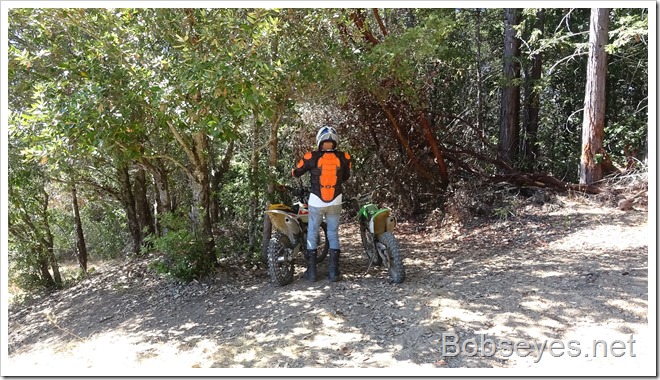 We rode over to one of our neighbors here and turned around. 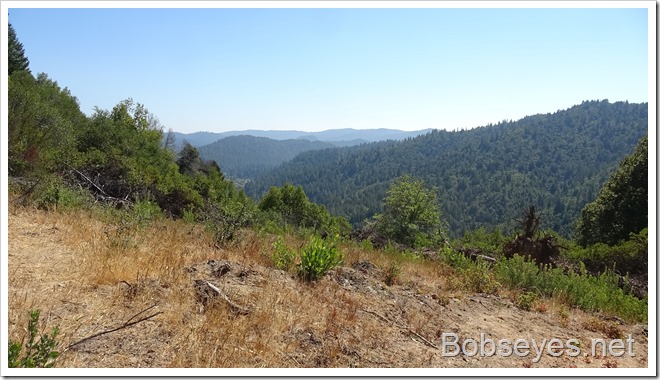 And off we went again. Barry said he was going down to one of our springs for a drink of water so I followed but never made it. 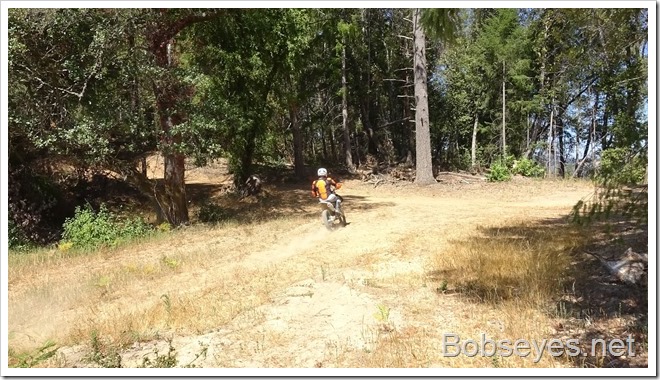 The bike ran out of gas so I tried to put it in reserve but I found out it was already on reserve as I’d had it set wrong all this time I’ve had the bike so I parked here and started walking down the road figuring my brother would be back soon when he missed me at the spring. 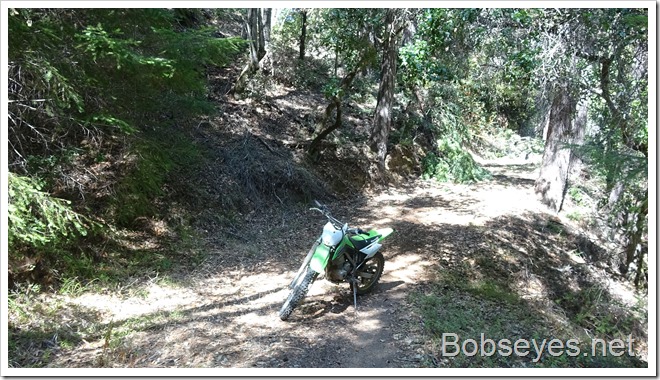 As long as I was walking down the road I threw off little rocks and sticks as I went. 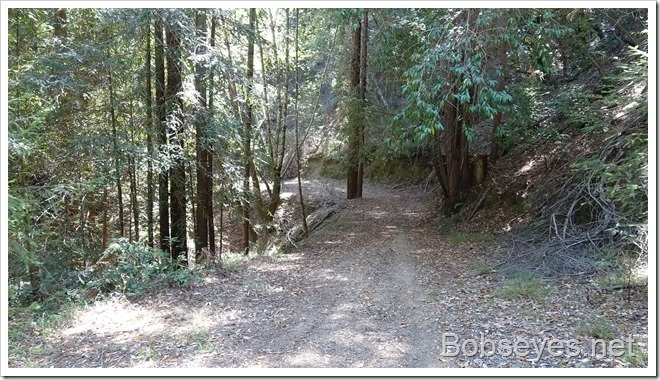 Eventually I heard my bother on his bike so we discussed the problem. He was going down the hill to get some gas and would bring it back on the quad runner.

So he left and I started back towards the dirt bike taking my time throwing more rocks off the road.

Barry came back with the gas just before I got back to the dirt bike.

Here’s the gas and there’s Barry’s ghost in the back there where he is throwing some down tree stuff off the road. 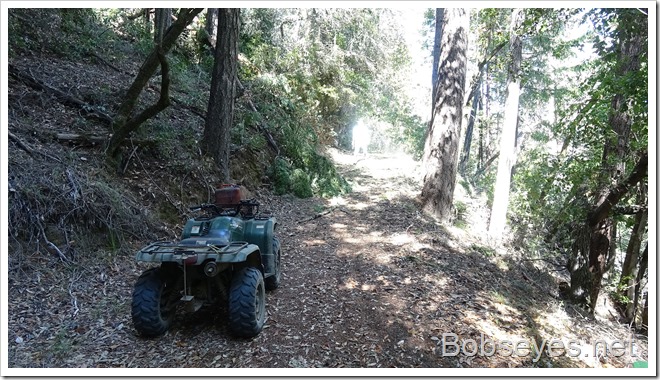 The bike ran out of gas in a good spot for Barry to clean up the road a bit while I put gas in my bike. 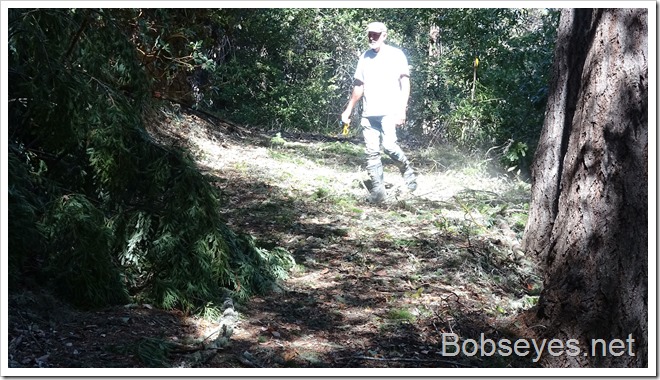 My brother Tom showed up in his side by side so we had a powwow for a bit. 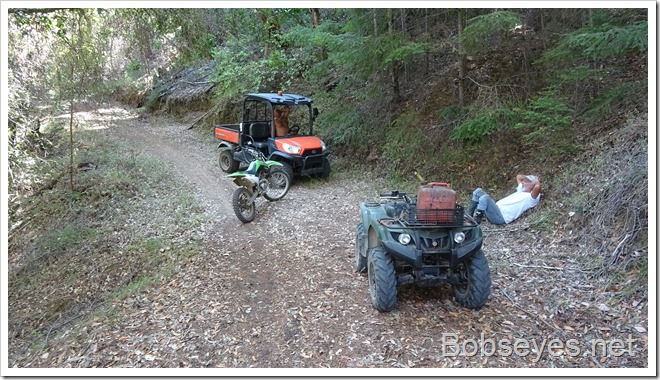 After that we all headed for home.

And I had a nap and Barry took off for home.

I’d planned to work on the van but decided it’d be better to wait until tomorrow to get a fresh start on it.

(Visited 150 times, 1 visits today)
This entry was posted in Uncategorized and tagged dirt bike ride in the forest. Bookmark the permalink.