Once I got it going I went out and fed the chickens and let them out to graze. I thought I’d try letting them out earlier than I have been doing to see what would happen. Sure enough they got into trouble.

Gate has a problem

I then sat down and thought about the gate I installed yesterday. It has a problem where I should of used a pipe for the gate hinge post instead of the rebar as the rebar bends slightly at the base and the gate sags.

I thought about different ways to fix this and finally decided the best way was to remove the rocks and fasten a pipe to the rebar post so it can’t bend.

Here’s the gate with the chickens just coming out to graze. 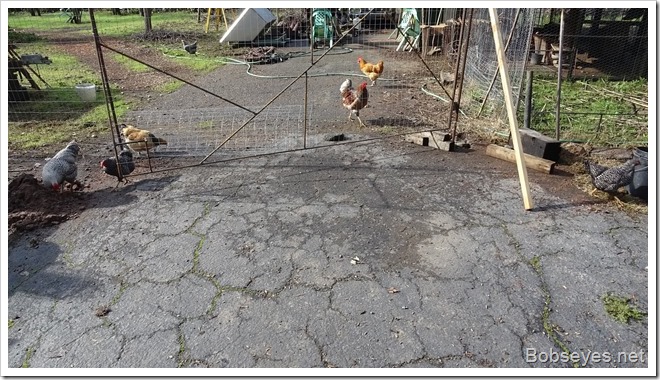 I propped the gate up so I could remove the rocks. 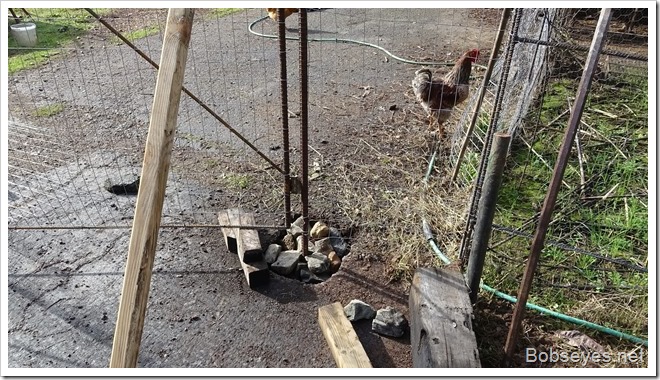 The rocks came out easy. Good thing I didn’t cement it. 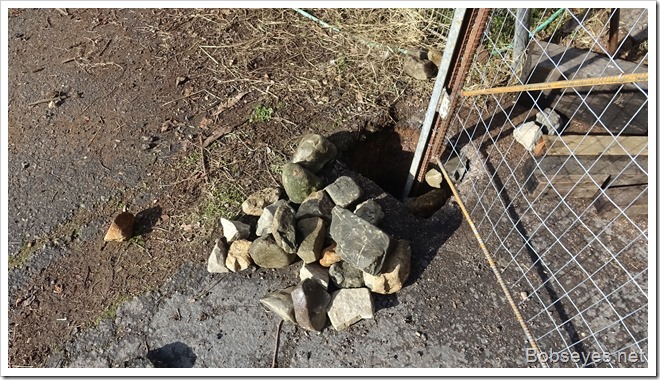 I hunted around for some pipe and decided to weld these short pieces of 2 inch steel pipe together to  make a gate post. 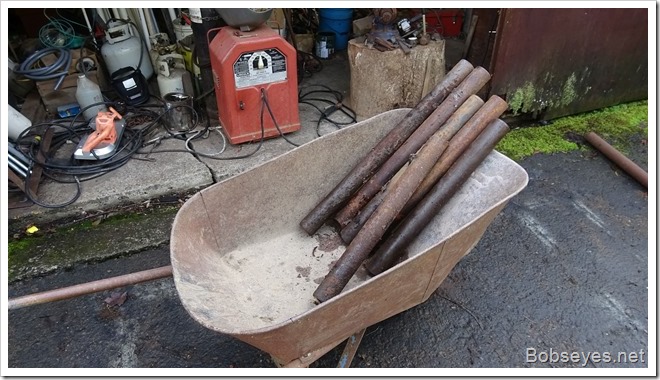 I welded those short pipes together to make a longer one and installed it putting the rocks back in the hole. 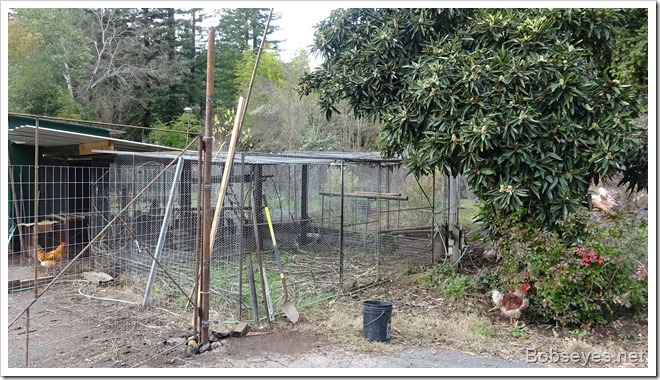 I used big hose clamps to fasten the pipe to the rebar post with the gate hinges on it which makes it nice and tight so nothing can bend now. 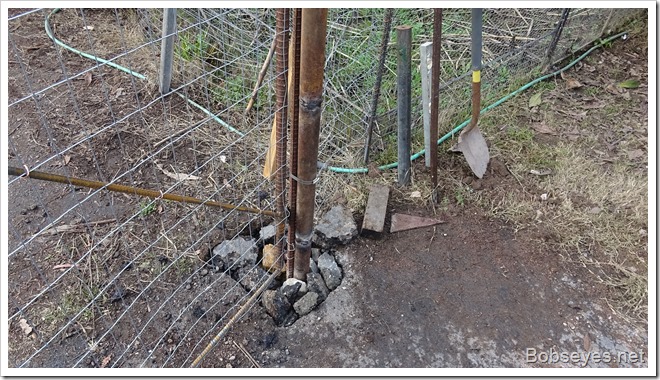 That’s much better and I think I can live with the outcome.

Another boo boo I made was I didn’t realize the place I wanted to install the new wireless camera is a Faraday shield so it won’t work. A Faraday shield doesn’t let radio waves pass so the camera won’t work in the chicken pens as they are all metal so no radio waves can pass through them so I have to come up with something to fix that problem. I do have a wireless extender I might be able to use to bring the Wi-Fi waves out of the wire pen which might work. I have to check out how to hook it up and test it out tonight.

Working on the Toyota’s brakes

I also wanted to get some work done on my Toyota brake repair job so I set up for that.

But the chickens got in the way

I started to work on that but the chickens came under the rig and got in the way so I had to give them some feed to get them back in the pen I just fixed the gate on.

By this time it was almost dark so I only got a little done on the brake bleeding job before it got too dark to work so I had to quit.

The chickens were all up on their roost so I closed them in for the night and gathered the day’s eggs a total of 5 for the day. The daily egg count should improve as more birds start laying for the first time. I think I have about 25 birds that should be egg layers so I’m just getting started.

Nice day puttering around the yard.