Today I needed to get some nesting stuff ready for little chicks that should be born real soon as this one hen has been sitting on ten eggs for just about 21 days and that’s when they mostly hatch out. She  may be sitting on some chicks now.

She build her nest out in the yard under a big redwood tree.

Here she is on the nest. 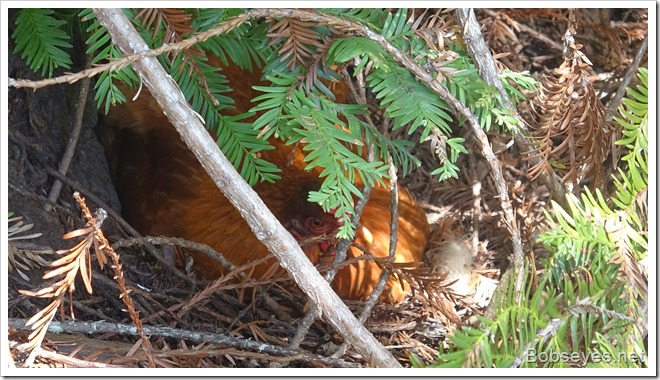 Getting things ready for the new chicks

The problem is where she built her nest isn’t safe from predators so when she hatches them out I need to  move her an her little ones into the chicken pen nesting area for new chicks so I needed to get that ready to go so I worked on that.

Here’s the area I had to set up for the nesting in the chick pen. I’d already cleaned it out and put some sand in there on the floors last week. 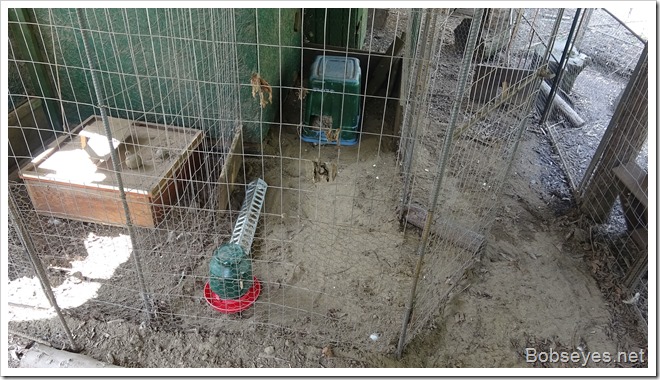 I got the water dish out and cleaned it up and put some water in it and then I ground up some seeds so they’d be easy for the little guys to eat and set up the feed tray. 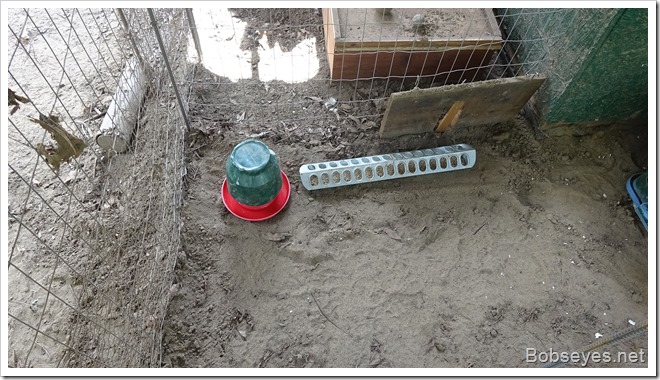 I put some wood shavings in the nesting box and set it up. 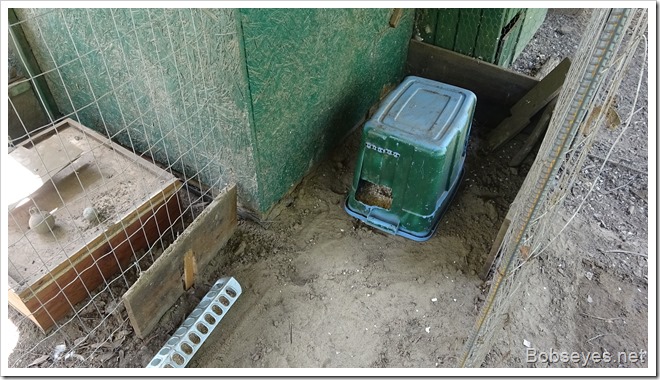 About that time my brother Tom came by and said it’d be a good time to go up and see if we can get the bulldozer started. He ran the diesel dry and now the fuel lines need bleeding to get the air out. We’ve tried a couple times but haven’t been successful usually  because the batteries have died and won’t hold a charge as they are too old.

So here we are just pulled up to the dozer and ready to work. 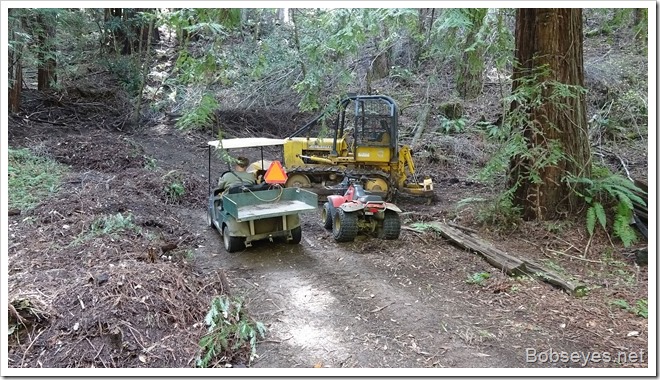 We took some more stuff apart and tried but we just aren’t getting diesel to the injectors so it won’t start. And then the battery ran out again on us so we had to give up again. 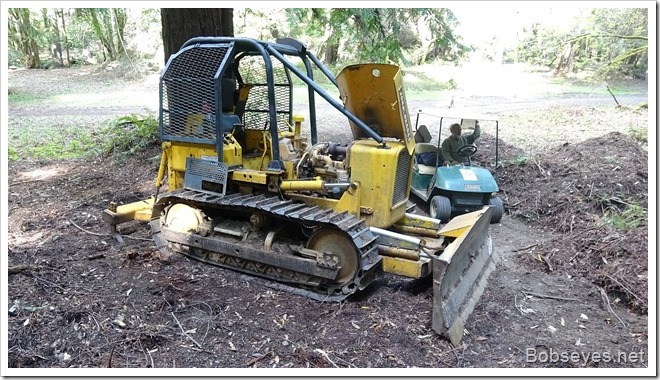 We need to take up a better battery and I need to read the service manual some more then we’ll give it another try.

On the way home I stopped by one of my brother’s gardens to have  a look. 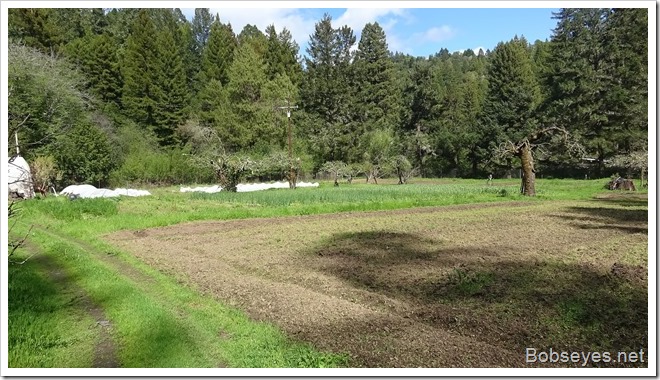 He has a lot more chickens then I do as he sells eggs at the farmer’s markets. 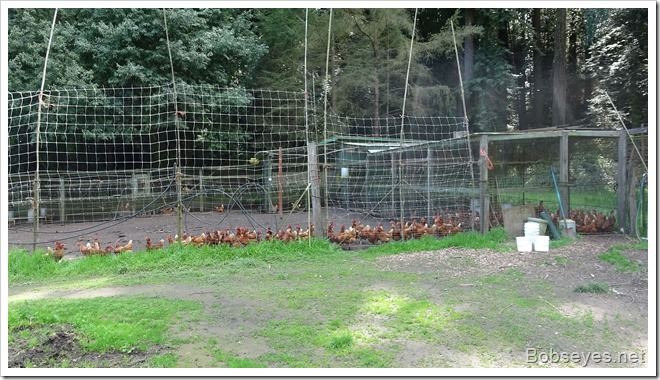 Towards evening I let the chickens out into the yard to graze and sat around and watched them until the sun went down when the sky looked like this looking west. 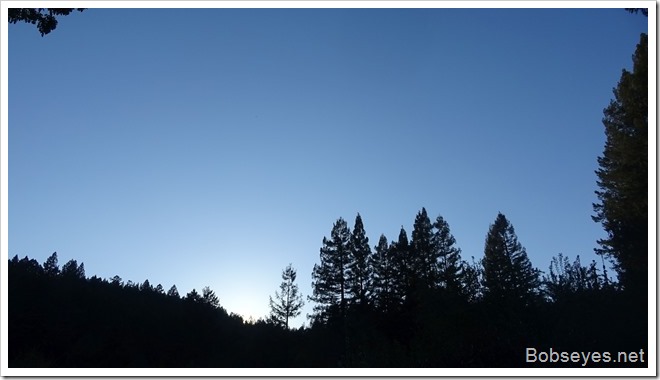 Nice day puttering around especially since the sun was shining a bit.