Ready to Yak, So I Headed To the River, Seals and Birds

Russian River Harbor Seals and Birds At the Mouth

I was more than ready to get out in my boat. The weather guys said the wind would be down and it was.

I arrived at Jenner around 1:00 and put my boat in the water. I was surprised there were so few people in town and on the water. It might have something to do with the price of gas, but whatever, it’s always nicer with less people.

Across from the boat ramp

The boat made it into the water and I parked the car and paddled across the river to Penny Island and sat in this spot for a good while and finally decided to head on down river to the mouth as most of the river looked pretty quiet today as far as critters. 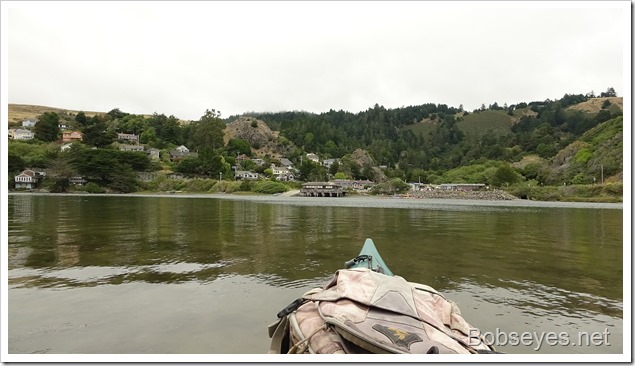 So, off I paddled down along the island and I could see two ducks of some kind up ahead on the log to the right. 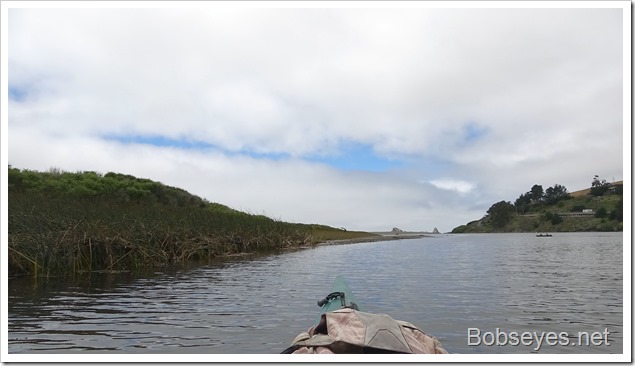 A couple of mergansers were resting on the log as I passed on by. 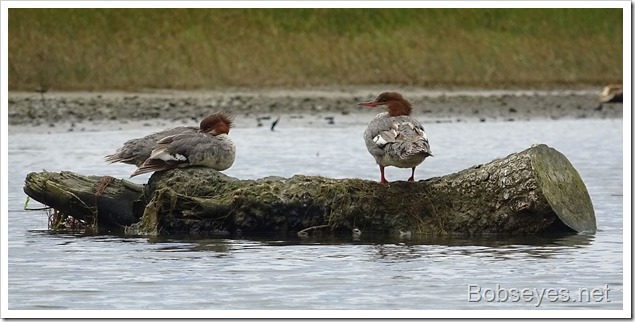 Just past them I spotted this grebe moving slowly by. 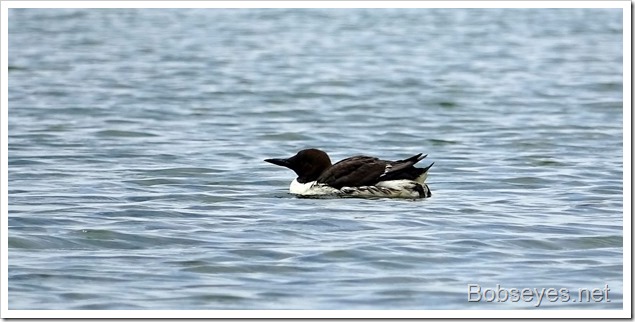 I continued on down the river slowly making my way to the river’s mouth area down as far as you can see. 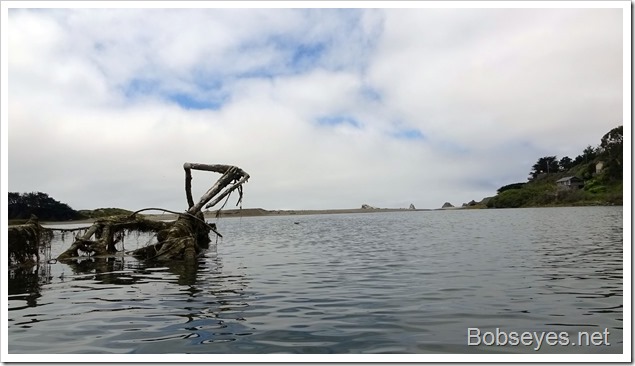 I passed by these two crows scavenging along the shoreline. 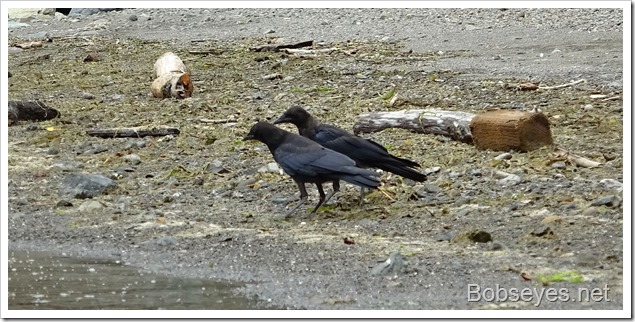 Now all I had to do was cross the river over to the river’s open mouth where you see the big rocks sticking up, not far. 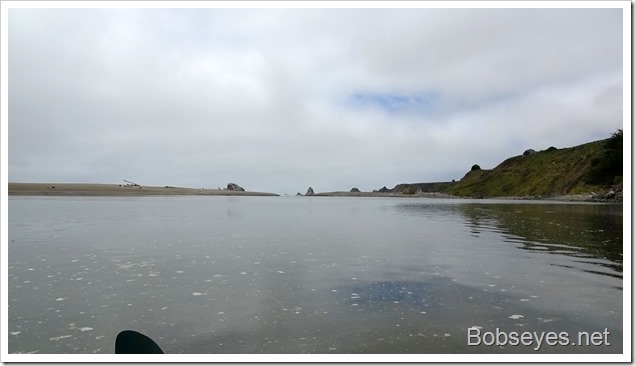 The tide was going to high tide so water was coming into the river so I didn’t  have to be concerned about getting pulled out into the ocean so I could get further into the mouth where I could see seals and birds on the right shoreline. 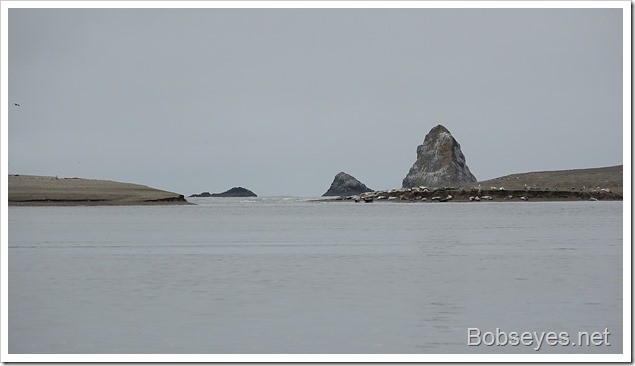 Harbor seals and birds resting on the sandy beach. They do this after feeding in the ocean earlier in the day. 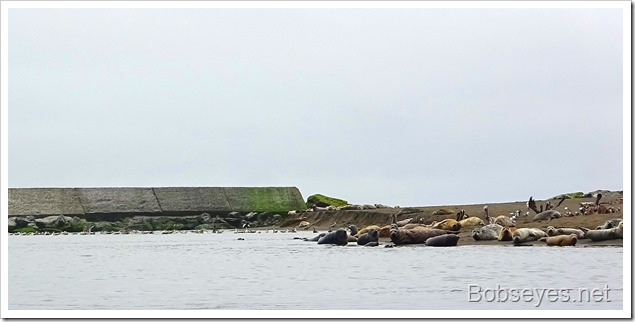 There’s usually a few of them in the water too. 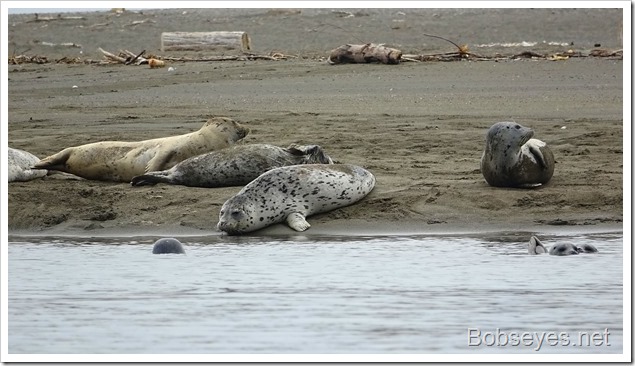 And behind the seals are the birds. Mostly gulls and brown pelicans. 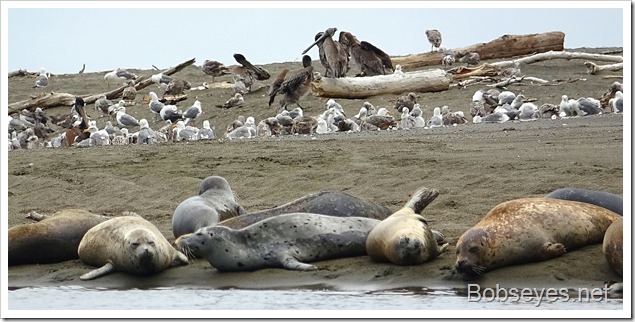 I hung out down there for a couple of hours just watching and taking some video clips too. Here’s the video of the trip.

Russian River Harbor Seals and Birds At the Mouth

I headed on back to the boat ramp and called it a day. 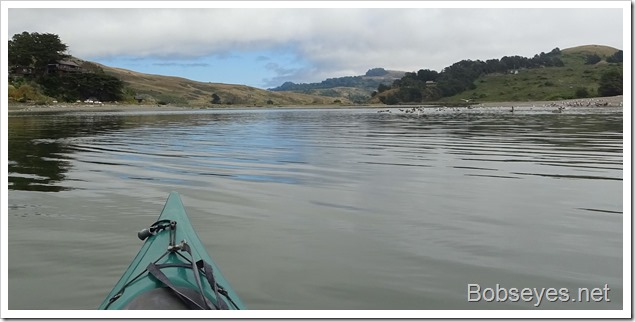 1 Response to Ready to Yak, So I Headed To the River, Seals and Birds