Ray and I Paddle the Closed River Estuary, More Woodchips and a Chirpy Van Noise

Ray and I paddle Jenner

I saw Ray’s truck parked when I pulled into Jenner this morning just before 11. I knew he was out in his kayak in the fog somewhere.

I put my boat in the water and started paddling across the river with the fog waffling around. I thought I could see Ray over by the island in the fog. 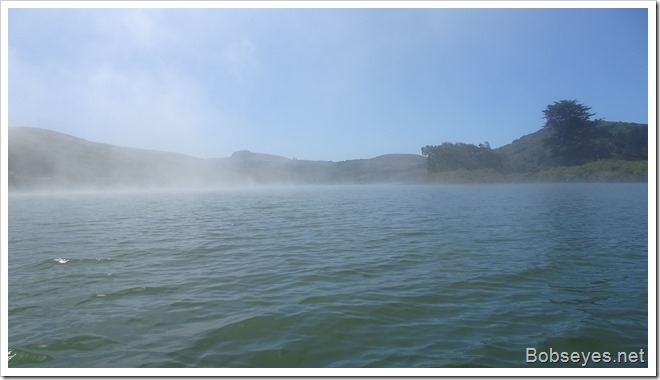 As I got closer I could make him out there by the island in his yellow yak. 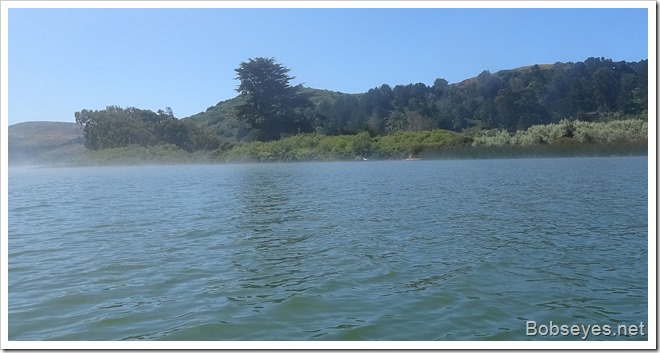 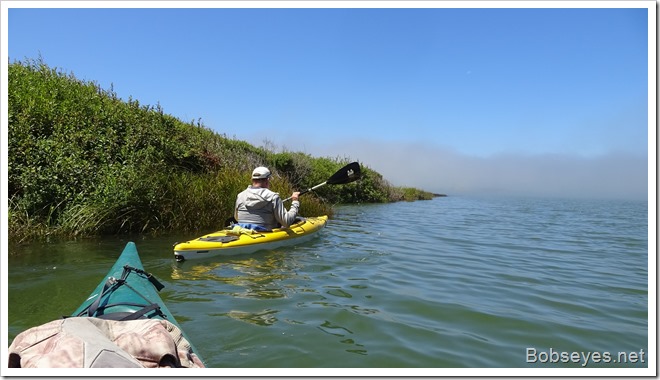 We could see a bunch of birds up ahead on some wood stuff in the water. We weren’t sure what the top bird was. It looked somewhat like an eagle. 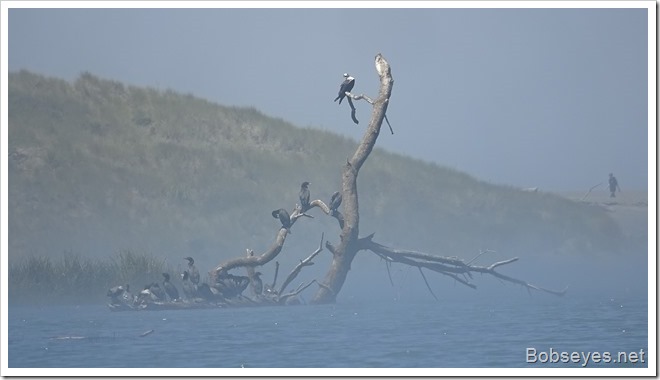 Paddled into the island

Here’s where we paddled onto the island through this grassy swamp stuff. 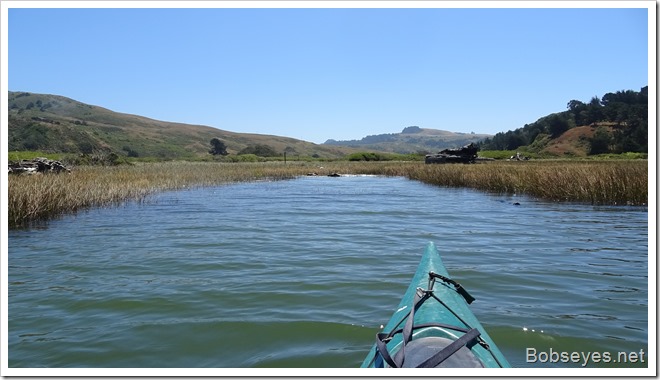 We had to paddle through this egret. It flew away with a squawk. 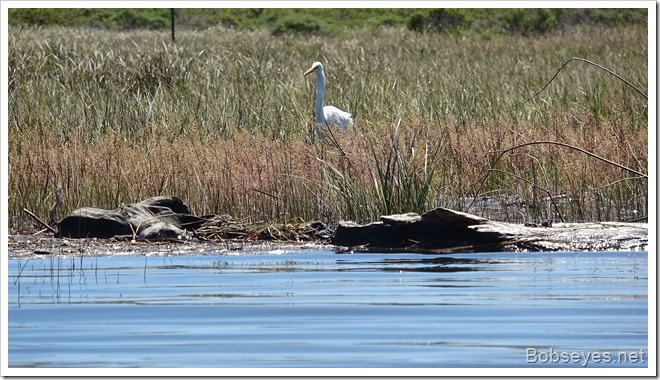 We stopped here about  halfway in a chatted some more about our upcoming trip in a week or so. 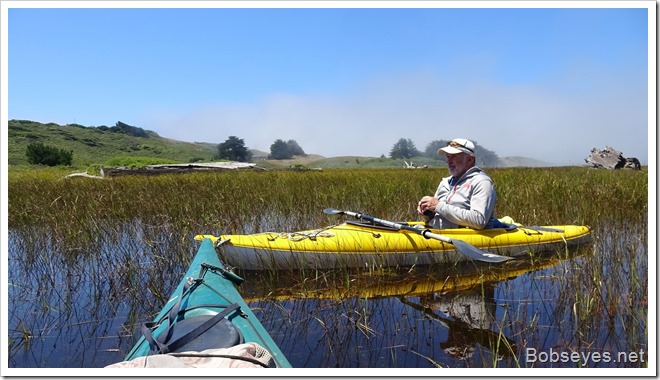 After a bit we paddled on into the island some more. Eventually the grasses got too thick and we turned and paddled back out. 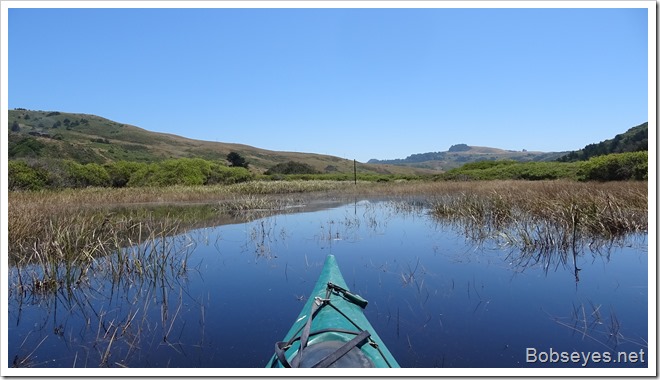 On the way we went by this great blue heron resting by the big redwood stump. 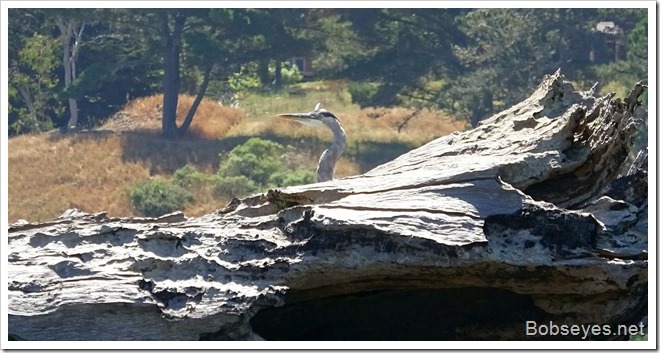 Back out on the river

We exited the island here back into the river. 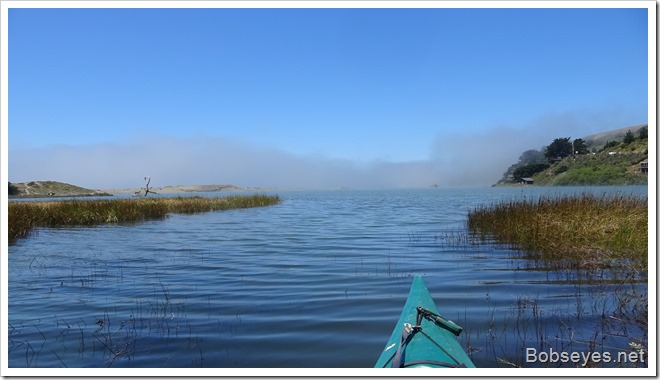 The fog had cleared a little so we could see the birds much better and could identify that bird on top. It was an eagle alright. 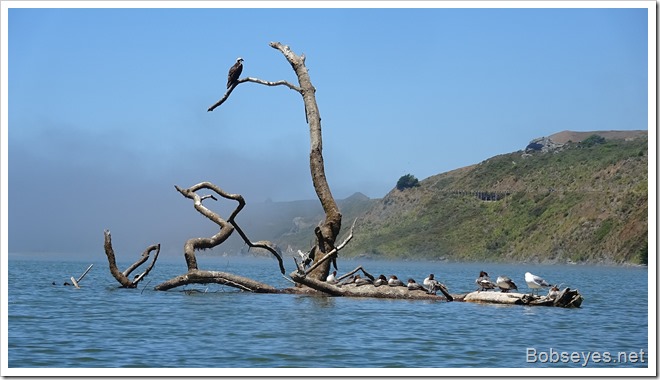 It was an osprey sometimes called a fish eagle. 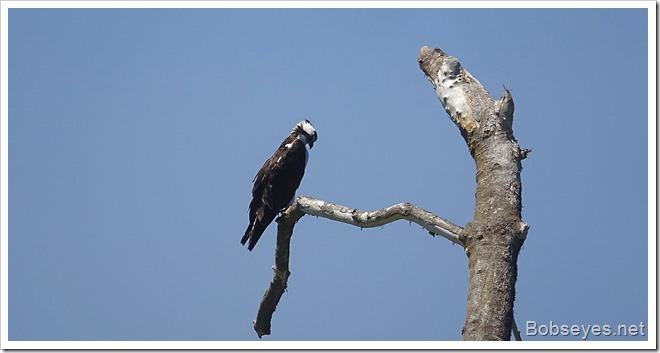 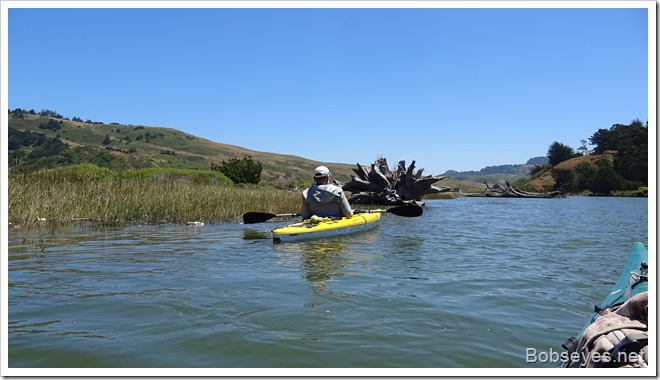 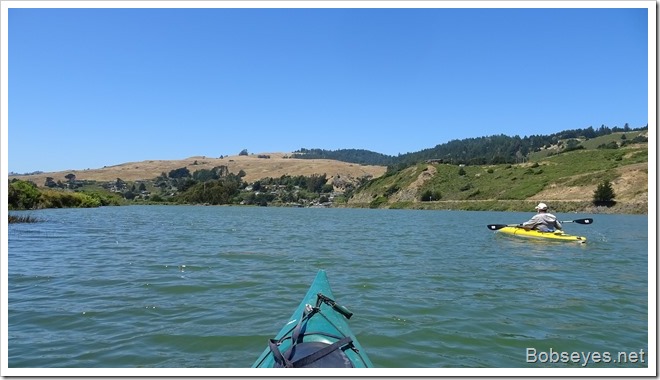 Ray headed to the boat ramp to pull out and I paddled over to this spot on the upper end of Penny Island where I sat in my boat for awhile enjoying the nice day. 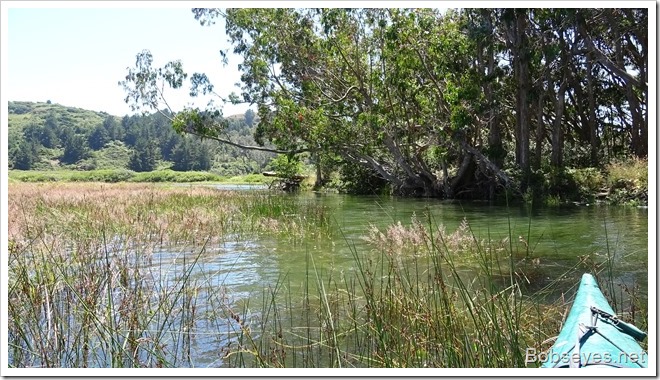 I saw these biologist types go by. They were headed up river to collect some data. 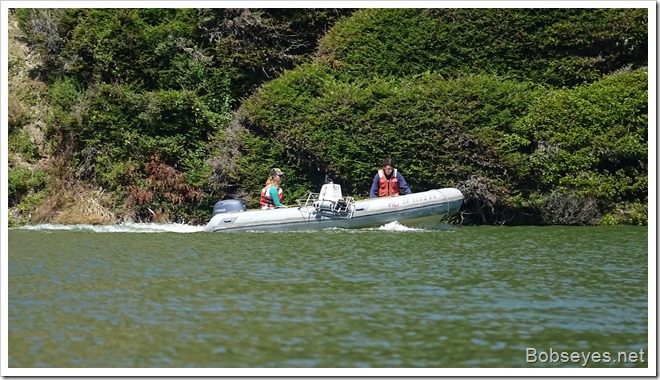 And this grebe swam by me as I was sitting there. 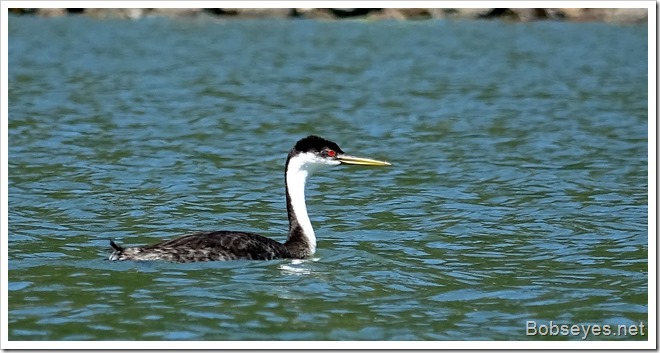 Eventually I crossed over to the boat ramp and pulled my boat out  for the day and went on home. 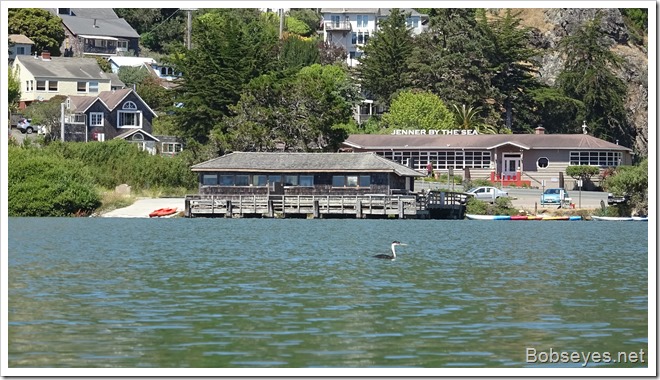 When I drove into my driveway I noticed that the woodchip trucks had been there and dumped a couple more loads of woodchips while I was gone which is good as I want to put lots more woodchips on the raspberry patch this winter.

Chirpy rattle in the van

I rested up then puttered around the yard doing mostly nothing. I did crawl under my van looking for a chirpy rattle I’ve been hearing lately that’s starting to drive me crazy. I think I may have found the source of that rattle but not sure. I’ll work on that some more and see if I can do something to prevent it.

That was it for me today for another real nice one.