Paddling  up and back from Monte Rio

I met Ray down at Monte Rio this morning as we wanted to explore from Monte Rio up as we are leading our eighth grade class reunion up there maybe next week and we wanted to see how the river was after a hard winter.

Once through that shallows it’s clear sailing for quite a ways so off we paddled on up the river taking our time. 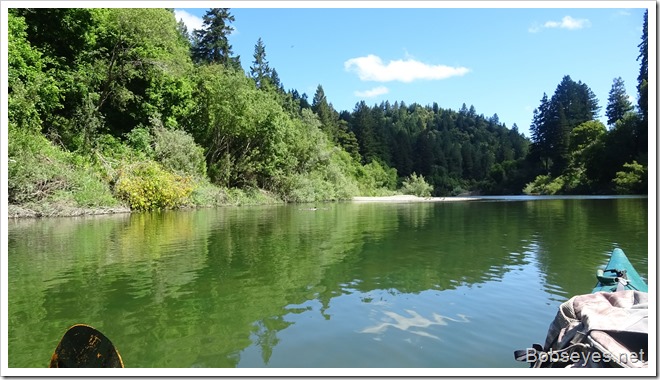 Lots of duckies  this year

It’s a good year for duckies and this merganser momma had the largest number of them we saw today. 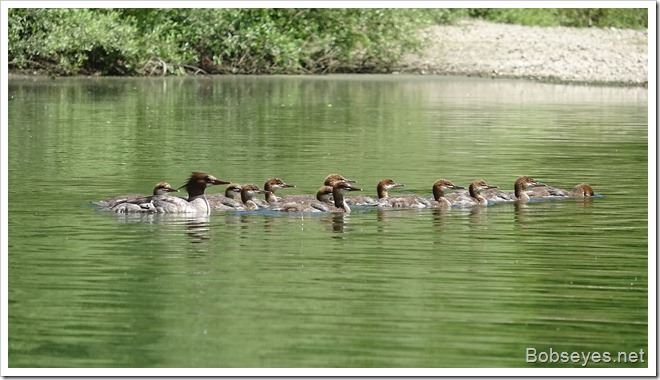 We continued on up the river, me following Ray  most of the time. 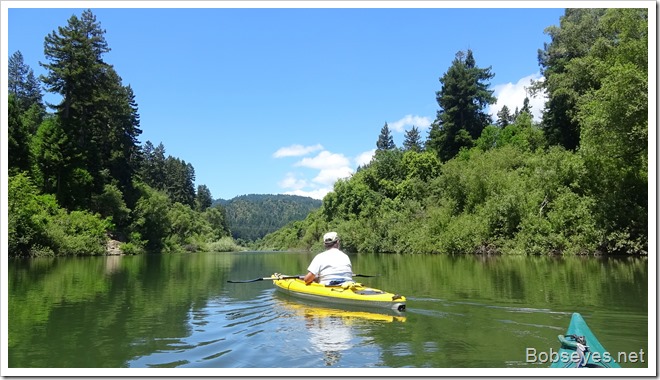 Nasty plastic stuff in the river

This female wood duck had a good clutch of duckies too. Note the nasty plastic stuff on the left polluting the river. They use all kinds of plastic stuff for erosion control and it’s all going to end up like this piece, in the river. 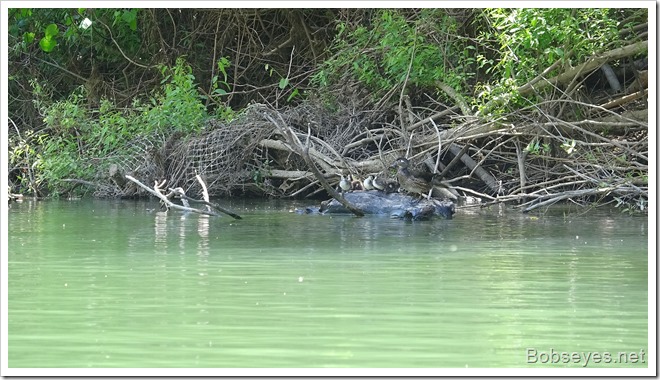 We paddled through some nice reflections. 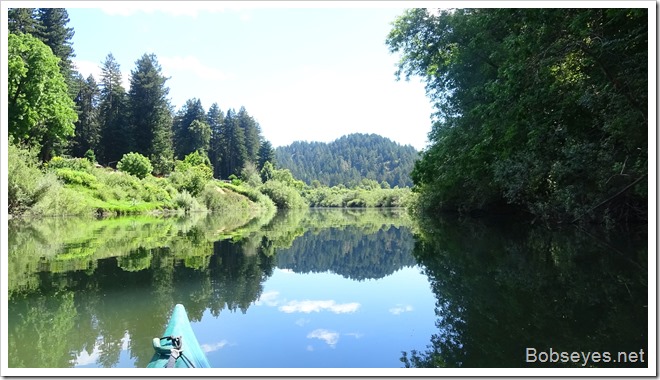 I noticed this merganser was shaking it’s head a lot which turned out to be it trying to rip off this crawdads claws so it could eat it. 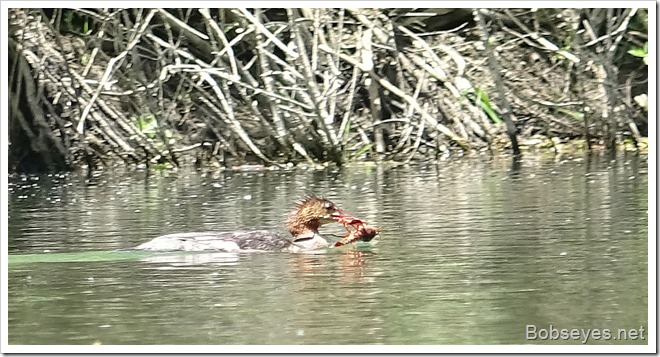 We are coming up on the Bohemian Club’s hole just ahead. 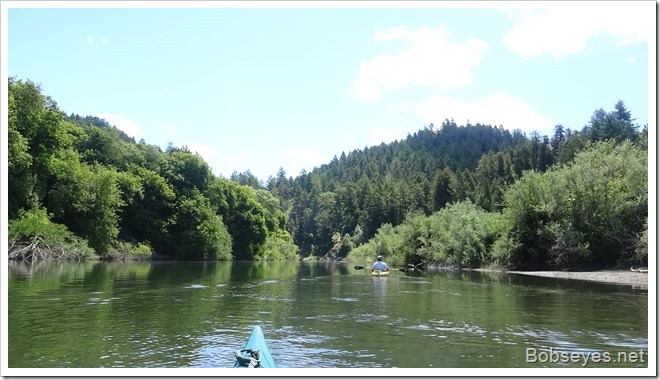 Deer up there Ray

I saw something moving up on the shore which looked like a deer so Ray is looking for them off to the right. 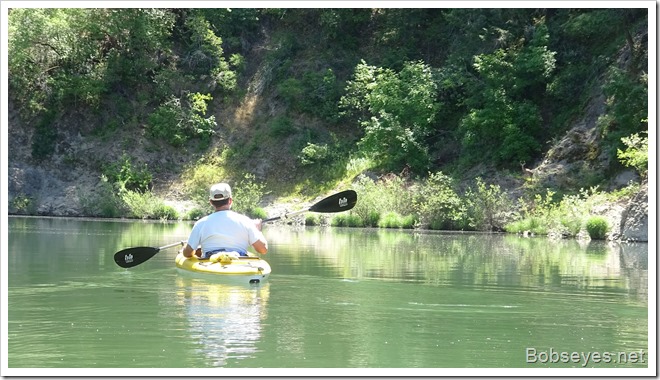 There they are, a couple bucks and a doe. They took off up the hill. 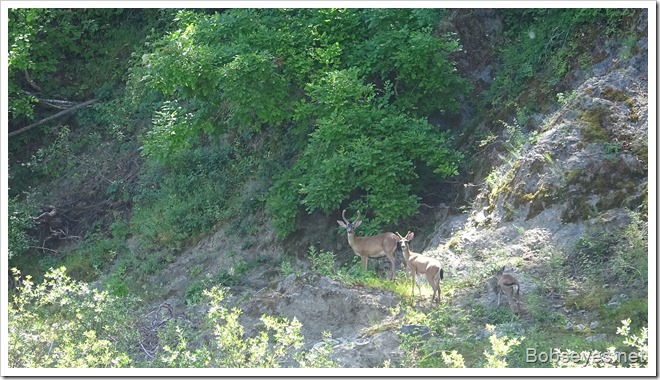 I saw this seagull eating something on the shoreline which looked like a small fish. 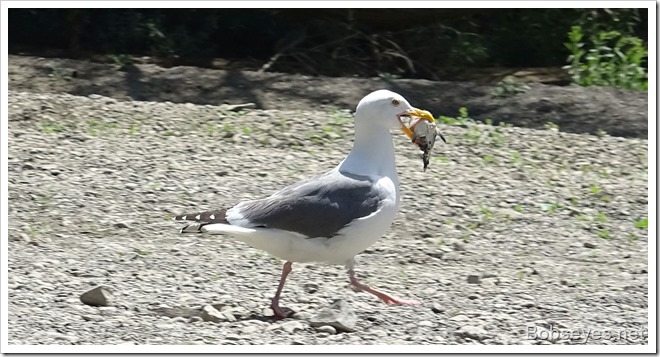 We continued on up the river past the Bohemian’s hole. 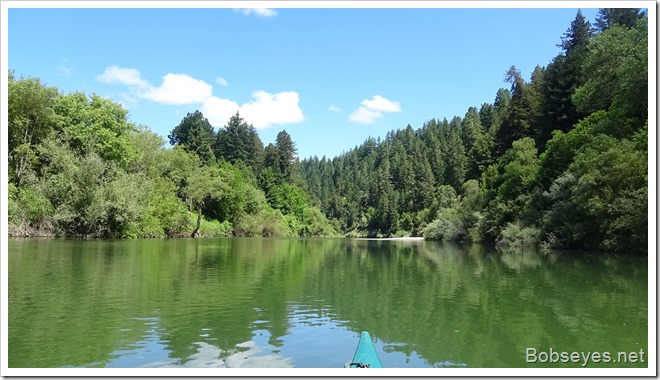 We stopped here so Ray could eat some lunch. 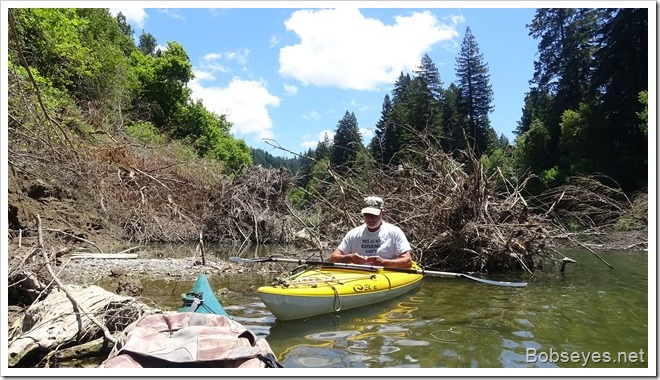 We went a little further up the river then turned and started a drift on down the river in the river’s current.

We saw a number of turtles today, here’s a few of them on an old redwood log. 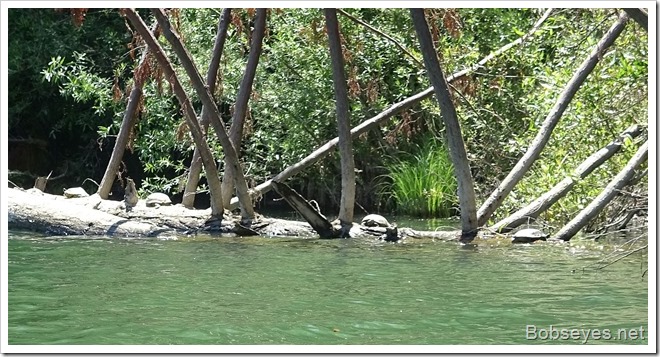 And this wood duck was sucking dead mayflies from the water’s surface as the fly’s have been hatching. 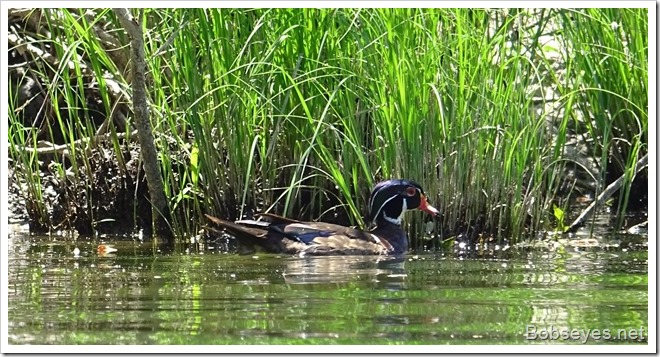 We made it back to the Monte Rio bridge and went under it to the boat ramp where we pulled our boats out of the water and went on home for the day, tired out and ready for a nap. 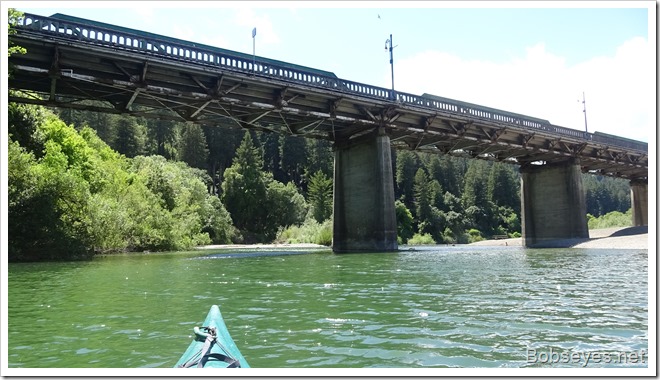 Opening up the van’s fridge vent

After a good nap I went outside and worked on  my van a bit. I needed to open up the vent on the back of the fridge as I’ve noticed when the van is sitting in the sun it gets hot near the ceiling and the cooler stops cooling, so I need to let the air flow over it’s cooling fins better. I’m also thinking of putting a small 12 volt fan on it to improve the cooling on a hot day.

I cut this piece out to make the hole larger on the back of the fridge. 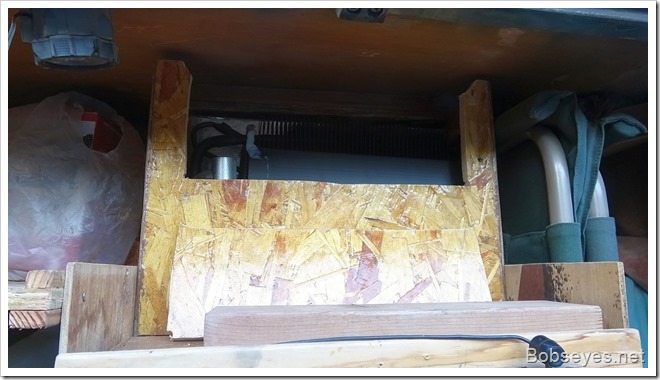 The rest of the day I spent puttering around with things in the van and that was my day.