Rats In My Van and Some Pruning and Feed Box Remodeling

Last night as I was returning from shutting the chickens up for the night I was walking by my van in the dark. I heard something on it’s roof so investigated.

What I found I didn’t like much. A rat was getting into my van and likely living in there.

I checked around and found this window open just this much. I could see scratches on the window where the little varmint was going in and out. 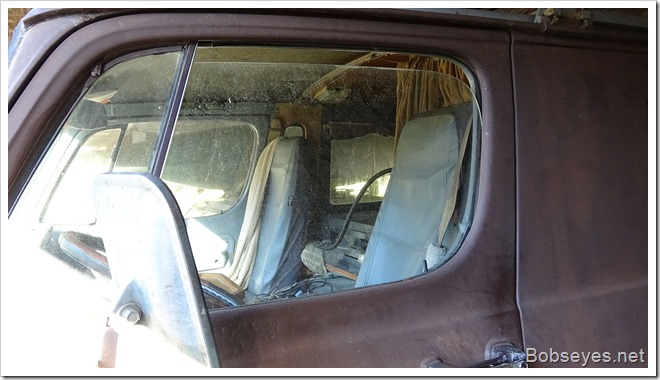 I didn’t know if the rat was in the van or out of it.

This morning the first thing I did was move my video camera to the van’s window so I can watch it to make sure the rat is going out and not in. If I see it going out or is out I’ll shut the window.

It was a cool day so I got the ladder and the pruning stuff and pruned these two apple trees. 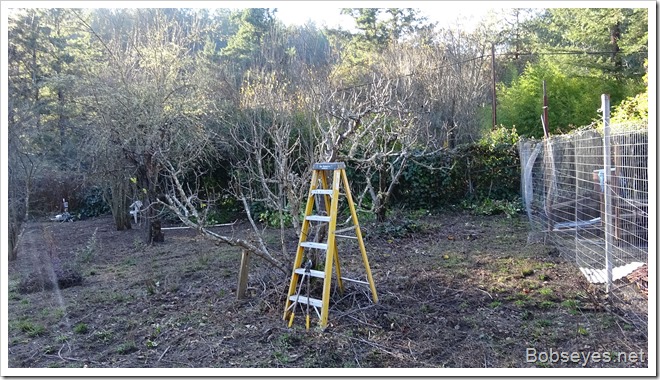 I think I have one more apple tree to do and then I’m mostly done pruning trees.

Of course the chickens helped me out keeping me company. 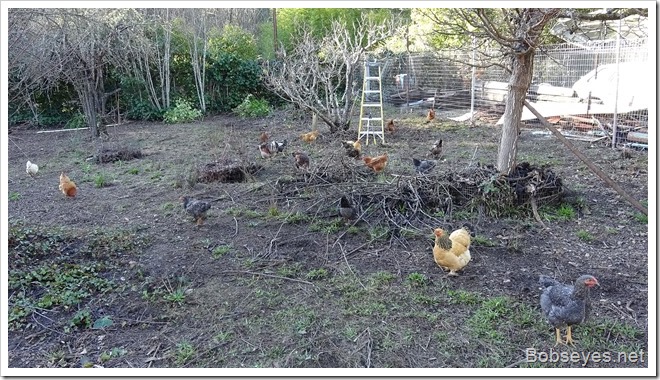 Here’s the rat proof feeder I need to make the sides higher on. The can is a weight that pulls the lid up when a chicken steps on the trigger on the box top. They do this first thing in the  morning to get access to the feeder for the day. 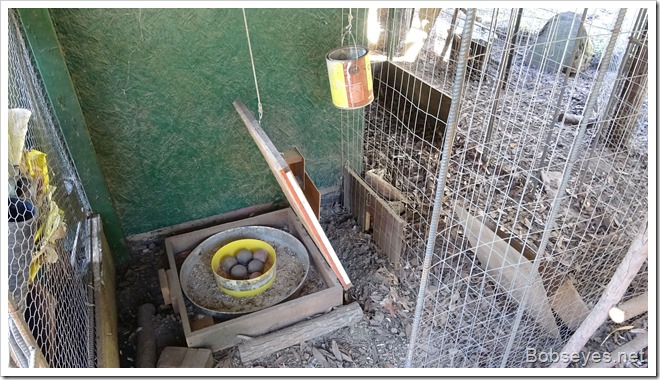 I got out the materials and the tools and cut some boards to length. 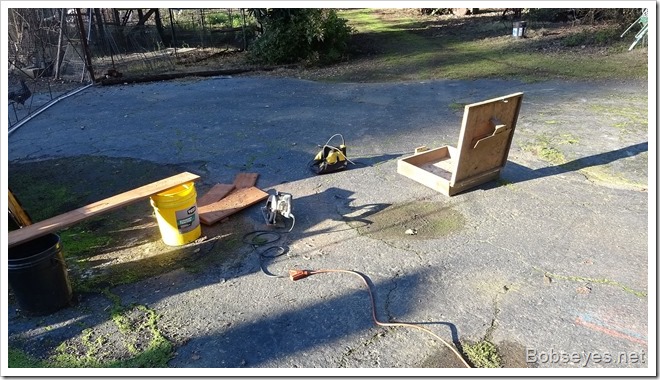 Then I took the short boards off and screwed on these higher sides. 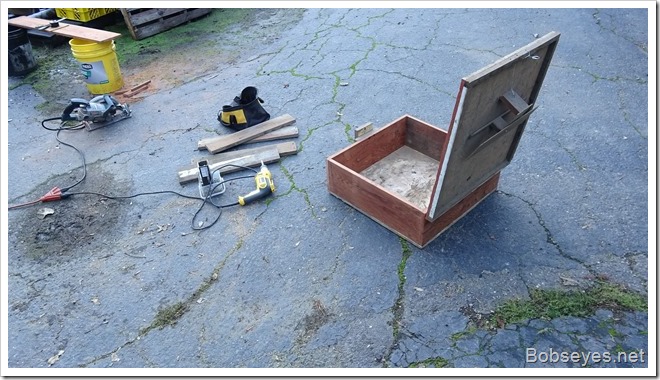 Here’s the new box with the higher sides and ready to go. 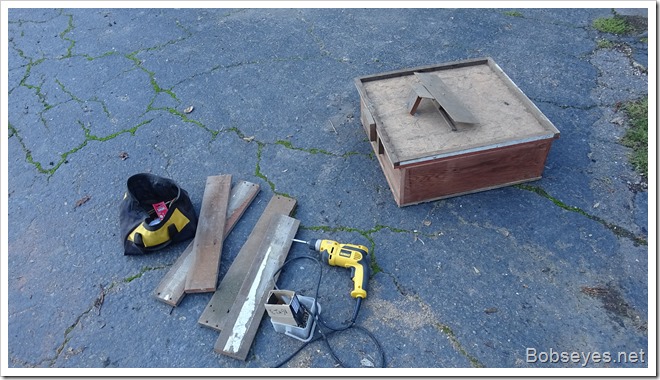 This shows the trigger a chicken can stand on to open the lid in the morning to get to the feed. The trigger is hinged and hooked to that wire to the left that pulls out and lets the lid open as the weighted paint can pulls the lid up. 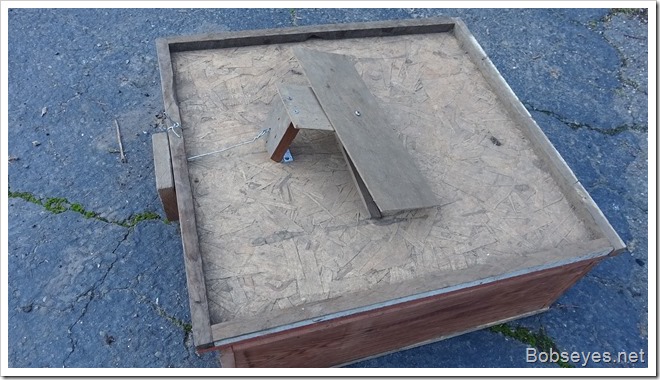 I installed the new box and got it working and by then dark was approaching fast so I went on in the house as it was getting a bit cooler out.

I’ll be watching for the darned rat.

Nice day puttering around in the yard.