Rat, Kubota, a Toilet and The Talking Tree Trail

I had a rat in the trap when I checked it this morning in my garage.

So now I had to dispose of it and the best way I know how that is the most humane is to drown them but I needed something to fill with water that the trap would fit in. After several tries with things that were too small I settled on this plastic barrel and got the job done and the rat buried under a cherry tree. 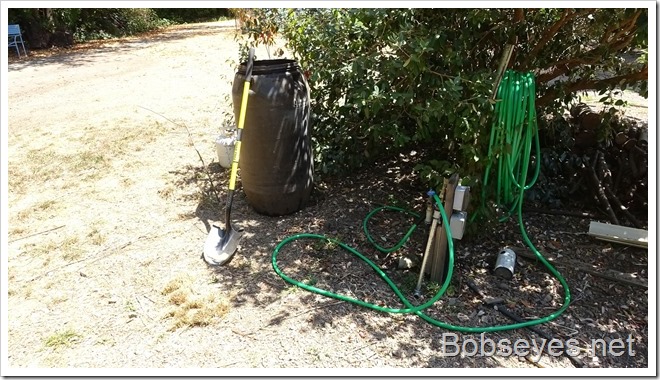 I thought of working on my van’s wiring and opened the van up but wasn’t really into it.

Today I came off a five day water fast so I had a meal to cook around noon. I wanted to keep it down to very few ingredients as I want to see what foods might be affecting me. So I knew I’m safe with my eggs and I’m pretty sure ocean caught prawns should be ok as they are minimal processing.

So I put a big gob of clarified butter in a pan and fried up the prawns with the eggs I scrambled. Yum that was good. I got hungry again in the afternoon so I fried up the same only a little less of it. So far my body says I’m good with that combo. With corn or one of the things derived from corn in most of our foods and drinks and  meds there is very little I can safely eat.

Anyway I was sitting out front chair hopping when this rig drove up, note the cat getting out of the way. 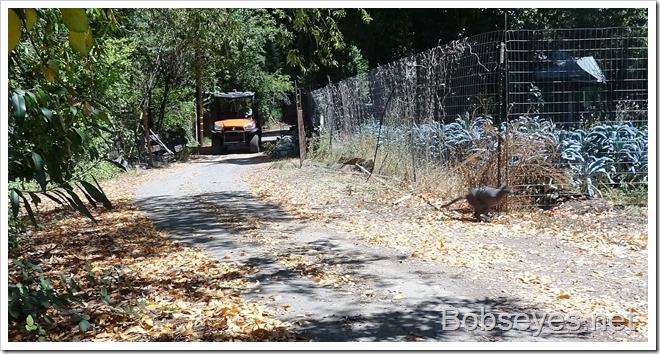 It was my brother Tom in his rig he just bought. 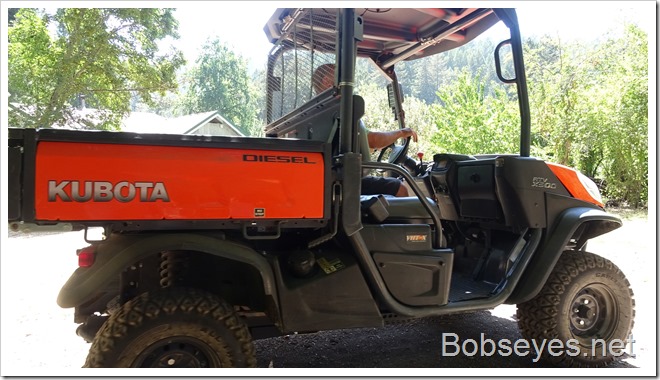 It seems he had a nasty rattle coming from his tail gate that needed some attention. 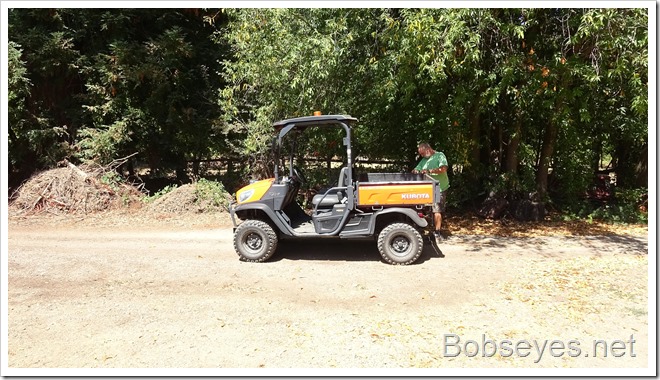 It certainly was noisy. I had a look and decided to try some tie wraps but it was still bad so I decided to install some plastic pipe over the latch pins to make them a bit bigger and stop the rattles. I looked all over for some 3/8 plastic pipe and was about to give up when I realized I had ordered some gas line that size which I  had in my van and that worked perfectly. 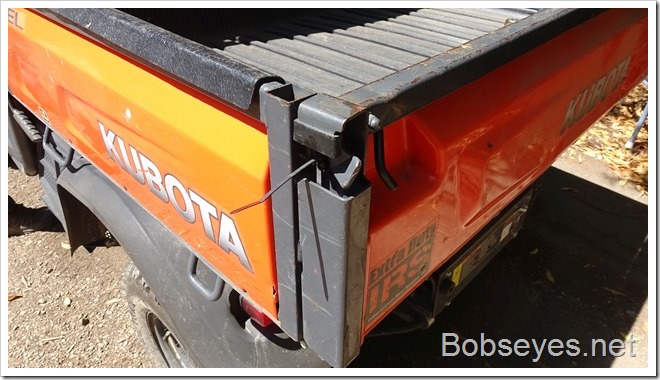 It still rattled a little but now it was down to acceptable.

Tom’s checking out the dump bed to see how it works and if anything else was rattling in there. 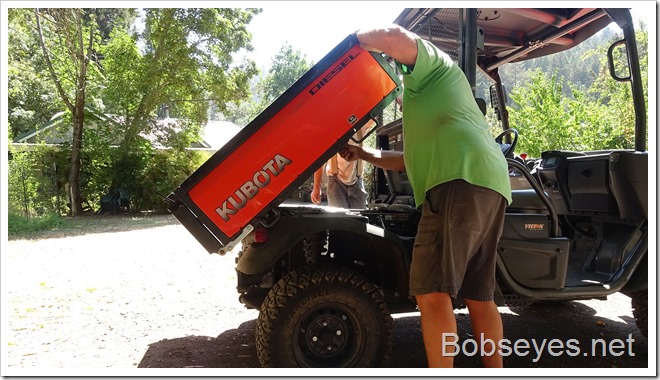 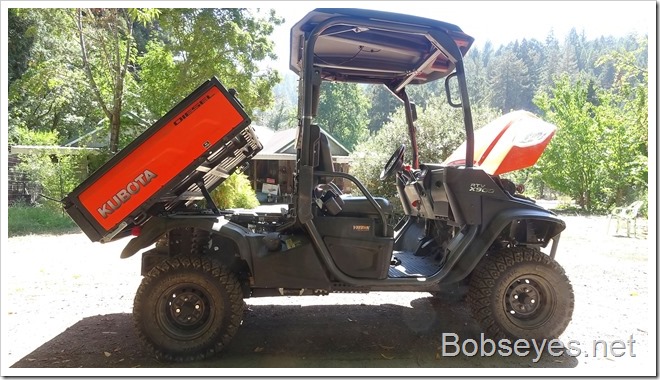 After that I just kept chair hopping and sitting around with the chickens as I wasn’t into much else.

A chore to do

Later in the day my brother Barry called and asked me to check out the rental unit’s toilet to see where it was leaking so he could get a part to repair it.

I decided to ride the quad runner over there and go for a ride up in the hills after I checked it out. 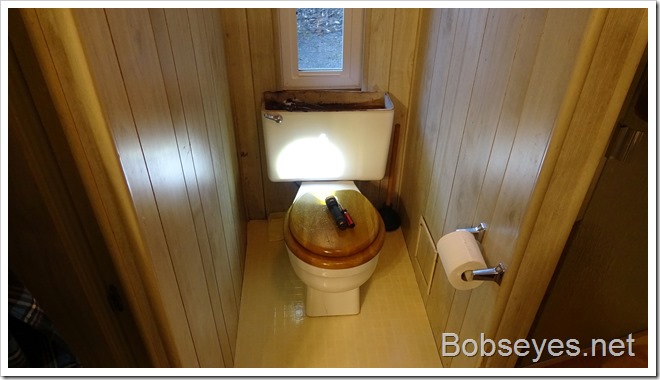 It turned out to need a new water intake system which is usually fairly easy to install. He’s supposed to get one and install it tomorrow.

So I put my tools away and was off on the quad riding up into the hills.

I decided to take the new trail I named, The Talking Tree Trail. That’s because when the wind is really blowing some of the trees rub against each other and talk. While I was working up there it was real quiet when I first heard this and I was wondering who was up here at first.

I realized it was the big trees and the sounds they  made were better than the Hobbit stuff.

Anyway up the trail I went. 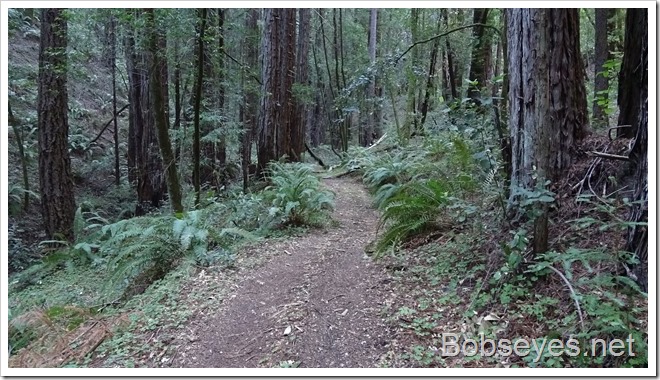 And through here where I stopped for awhile for a break. 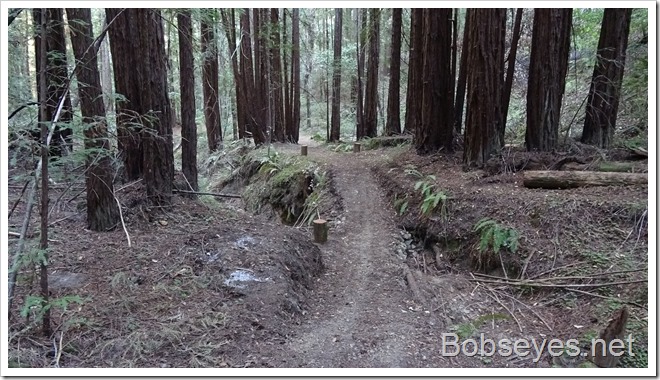 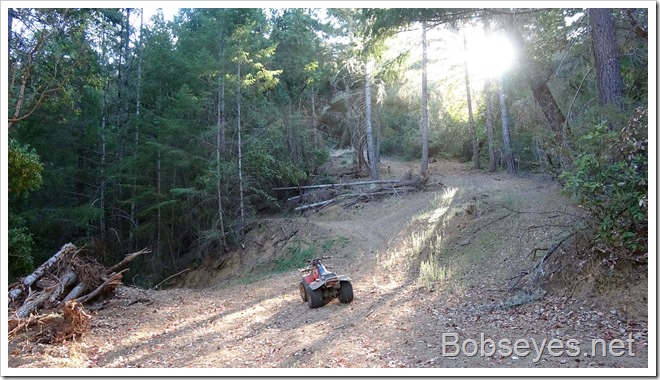 I decided to ride down the fire break as I hadn’t been down that way in awhile. 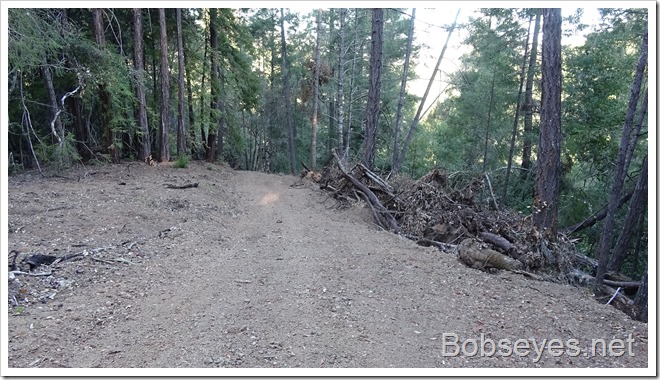 And then I took this road on down going by the water tanks to check the water level. 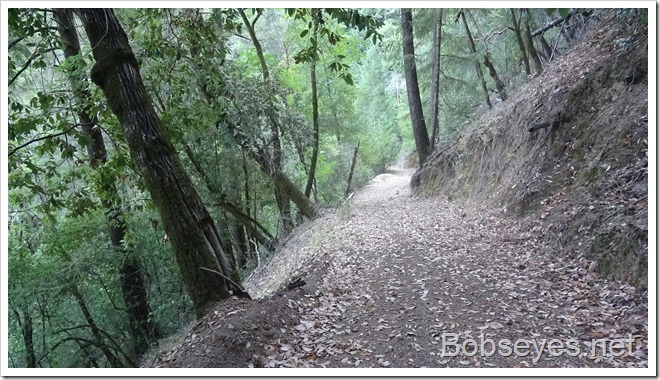 I did some more chair hopping and watering until just before dark.

2 Responses to Rat, Kubota, a Toilet and The Talking Tree Trail