My brother Tom who lives next door says he has a rat living in his garage and can’t get rid of it so I decided to move my C2 Pro Reolink camera into his garage to see what the rat was doing and see if I can find out where it was getting in and out of his garage.

I had the cam setup here by the creek so had to cross the creek with the wires. 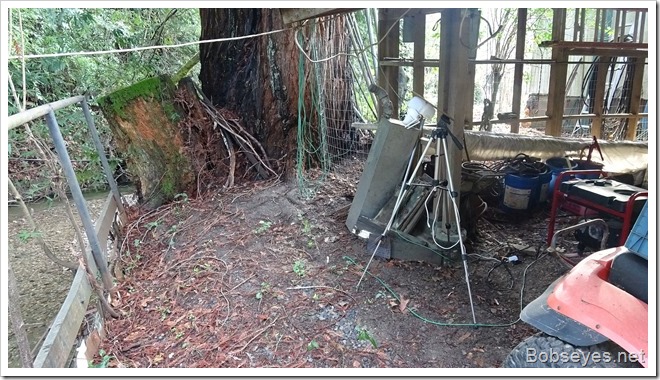 The camera has Wi-Fi but we have metal roofs on our buildings so that doesn’t work real well so I have a 200 foot networking cable that I use to hook it to my router that goes to my computer. The computer has software that is used to monitor the camera and record what it sees whenever there is some motion detected which I can view. The software also beeps when it sees something so I can view things in real time if I’m at the computer. 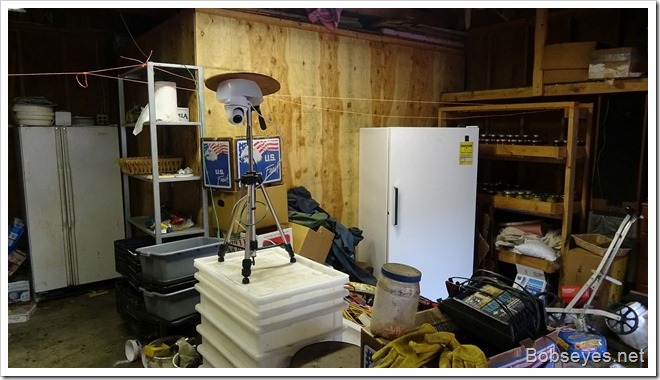 Looking at his garage door where I pointed the camera for night time when the door is shut. 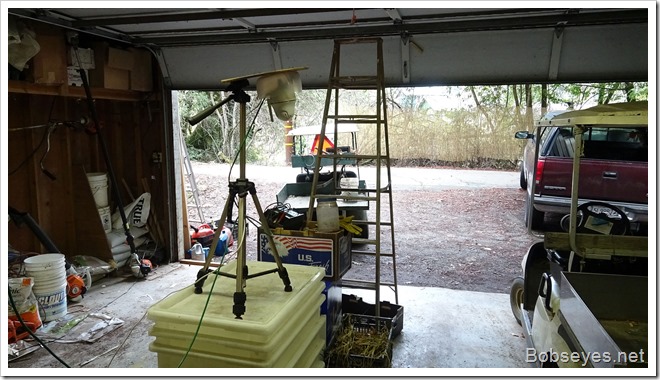 Putting the chickens to work

After that I went back to my yard and let the chickens out into this part of the yard so they could help me out clearing some stuff. 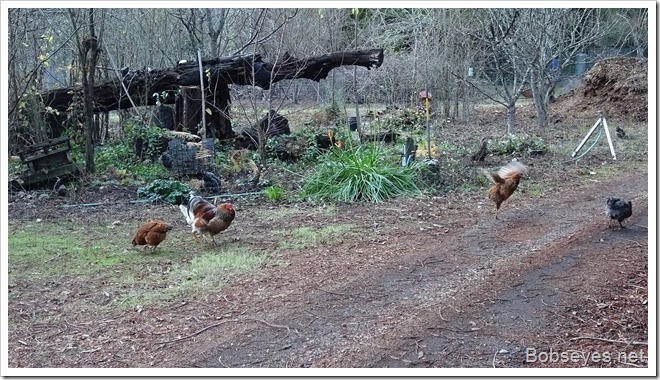 I worked on this spot some more digging up blackberry vines which takes quite some time as they have lots of tough roots. 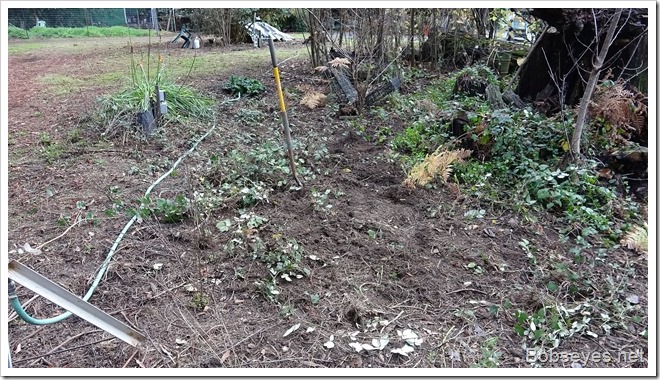 I got this far with it working on and off before I gave up for the day. 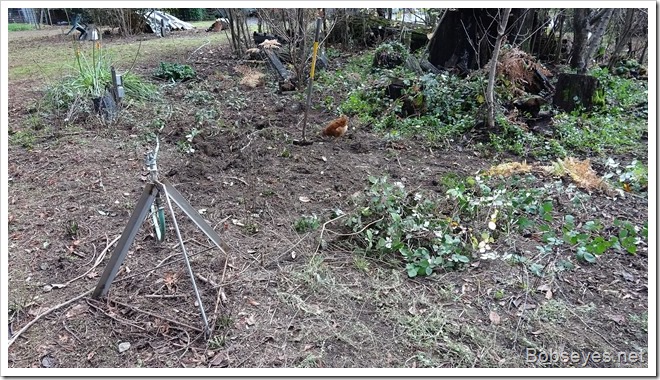 They work where they want

The chickens seemed to prefer working under this big redwood tree more than helping me out, but I figured they’d get to the area I was working on when they finished with this spot and they did. 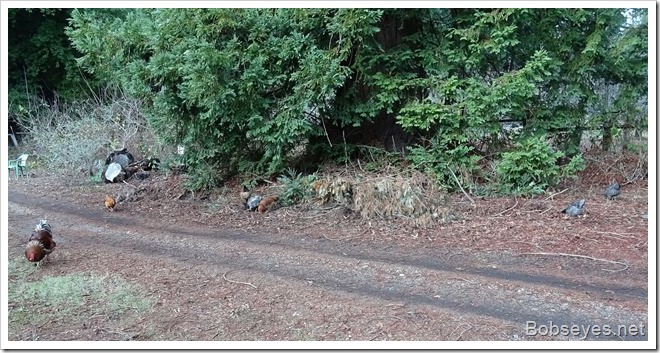 Earlier in the day my brother Tom said he was driving out to the ocean to pick up some fresh crab at Bodega Bay, the fishing boat place as the season was opening up and wanted to know how many I wanted. One would be god for me.

He came back with these guys and started the pot boiling to cook them up. 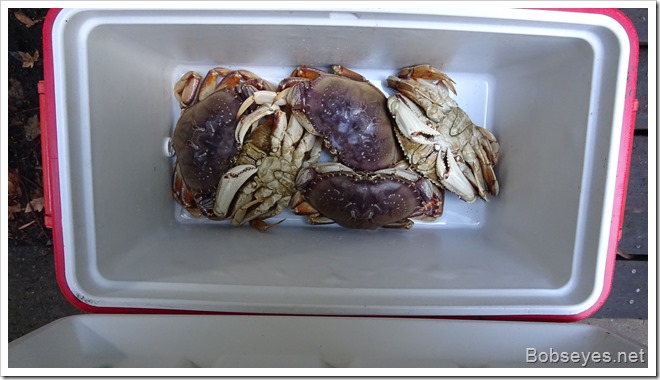 Just after dark I went over to his house to pick one up and I had it for dinner. Yummy.

That was it for me today for another nice one. I just puttered around the yard mostly so it was an easy one.