Ran Out of Gas So Plans Got Changed

I was thinking today would be a good day to go up and put the new hydraulic hose on the bulldozer.

I took the battery charger off the Toyota and started it up and put it out here in the sun. 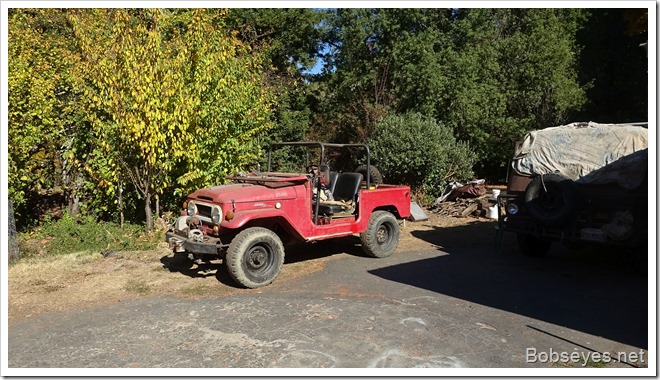 I needed to get all the tools I’d need loaded so I sat down in  my chair and thought about what I would need. As I thought of stuff I got up and put it in the rig. I’ve found in my older age I need to sit and think about things before I do them anymore to get the job done.

Should have gassed it up

After a half hour or so I had everything I needed loaded, I hope. I thought maybe I should put some gas in it but figured it should have enough to do this, but I was wrong.

I went out the front gate as I needed to cross the road and go up into the hills on our property where the dozer was parked. 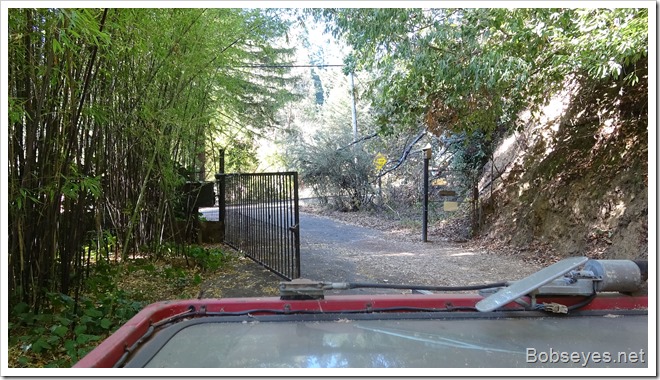 I made it up the hill about a  mile when the rig burped and died here. 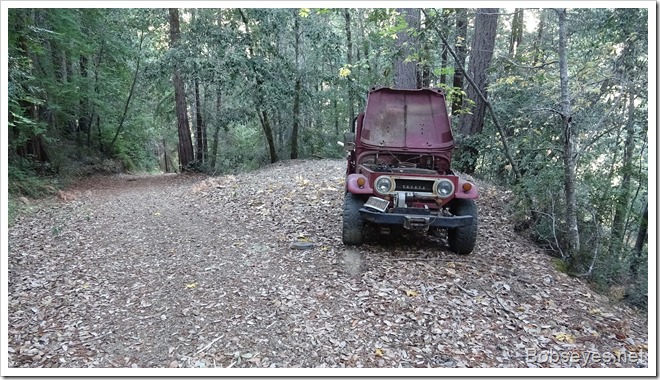 I wasn’t sure why so I took off the air cleaner to see if any gas was going into the carb. It wasn’t as far as I could tell.

That meant I needed to walk back down the hill to  my house and see about rounding up some gas.

The walk down the hill

As long as I had to walk I walked down this trail with the water pipe on it from one of our springs to check out the pipe to make sure it was all good with no leaks. No leaks. 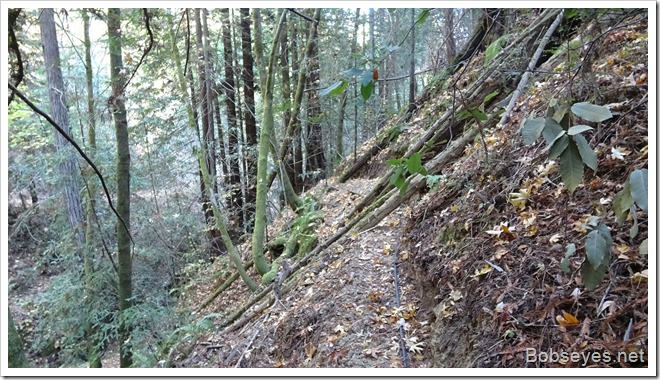 Of course a water pipe from our springs goes to our water tanks so I checked them to see how full they were. They were down to half as I’ve been watering my weeds for the chickens to eat. 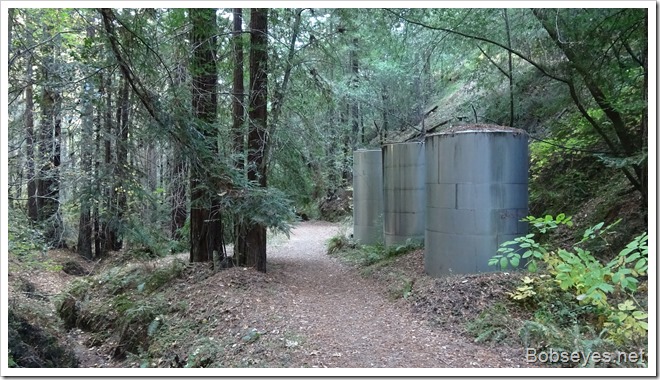 Once down the hill I walked through the old apple orchard to the main road. 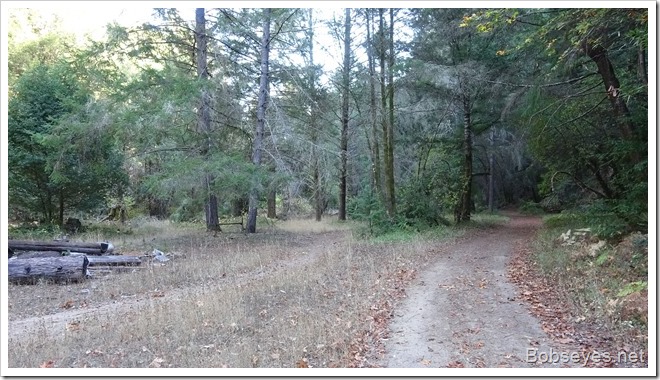 Since my quad runner needed a new battery that I didn’t get when shopping the other day I borrowed my brother’s machine which is way newer than my old machine and has way better suspension than my old one which has no suspension. Much easier on the back. 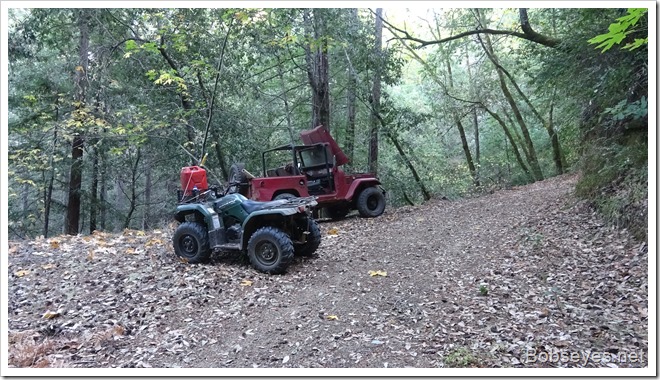 I put about two gallons of gas in the Toyota and turned it over and eventually it started up so gas was the problem alright.

Two is too many

Now the problem was I had two rigs up the hill and I could only drive one back at a time.

I decided to abort the dozer work for now as it’s best to work on dozers when you are fresh which by now I wasn’t.

I drove the Toyota back down to my house and hit up my brother Tom up for a ride up the hill to get his rig.

He said he could take me up in a bit so I did some chair hopping and taking it easy until he took me up the hill to get the rig in his Toyota. I also took the opportunity to have some coffee and eggs.

I bought a new PCV valve for my car yesterday so with a bit of time on my hands I removed the old one and installed the new one a fairly easy job.

By this time it was late in the day so I worked on removing some of the blackberry vines and old grass from the pen so I can plant it soon.

The pen in the back and the grass I removed in the front. I’ll need to move that grass to the mulch pen for the chickens to work on. 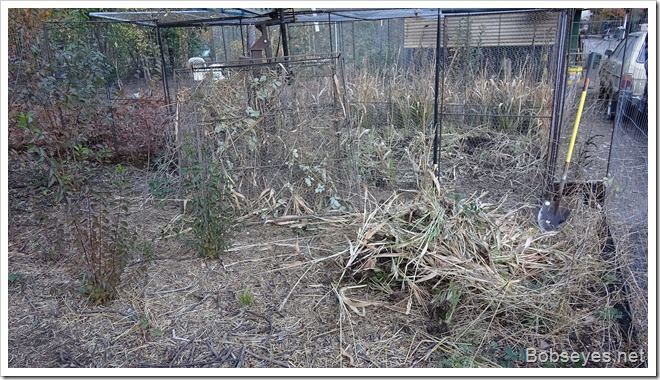 That tired me out so a bit more chair hopping before dark and that was it for me today.

Nice day walking around in the woods even if I didn’t get the dozer work done.

1 Response to Ran Out of Gas So Plans Got Changed