When it’s raining I shop

It was supposed to shower on and off today so I thought it’d be a good day to go shopping so that’s what I did once I got it going.

Valve parts at the hardware store

I needed the parts to install the water valve at the ditch I dug up yesterday and some stuff to eat.

I found what I needed at the hardware store and went to Costco and then over to see how Marty was doing installing his TBI injection unit in his old van.

I found him cleaning up and putting away his tools. He had the TBI Kit installed and the engine ran just fine.

We sat around shooting the bull when his wife Patti came home so we all shot the bull some more.

I had one more stop to make so I left before traffic got any worse and headed for the Asian grocery store on Guerneville Rd.  My main purpose going to this store was I wanted some more pounded yam flour as I’ve found it makes real good mashed potatoes. I just warm up some kind of broth, add spices and whatnot and pour a little of the flour in and mix it up. Makes instant mashed potatoes without even cooking it and best of all for me I haven’t detected any corn stuff in them and even better it tastes good too.

There were several different kinds so I bought another type to try out along with the one I already tried.

I also got a bunch of their roman type noodles as I can just put them into a broth and let them soak for about ten minutes and they are ready to go without cooking and draining them which makes things much easier especially when I’m out on a trip and conserving water. They are also corn less.

I continued on home and put the stuff away.

Then I went outside to sit in a chair and enjoy the day a bit when the neighbor’s cat came by to say hi. 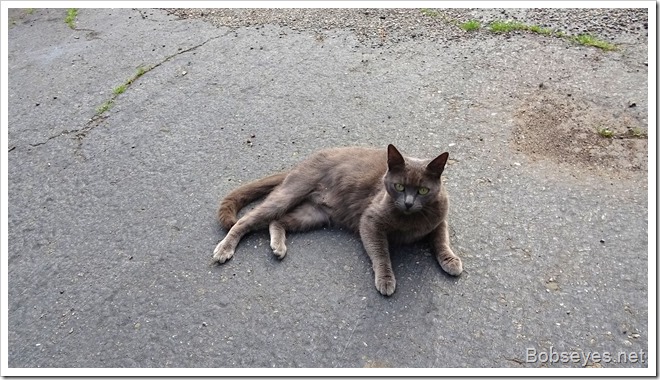 I noticed these red roses are showing some nice color. 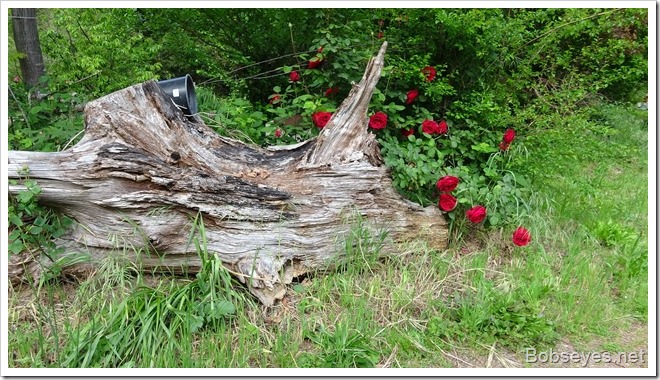 The cat jumped up on the stump to see what I was up to. 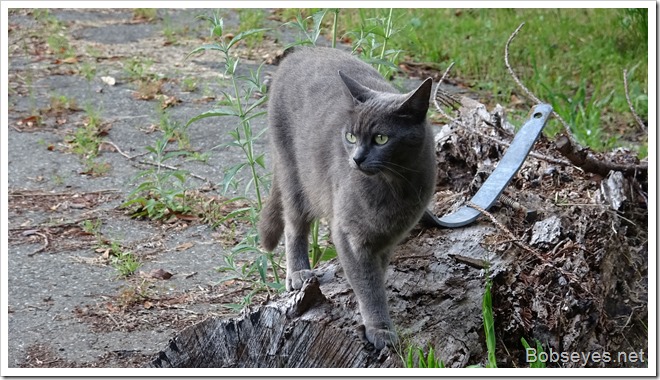 The pink climbing roses were also just starting to bloom. 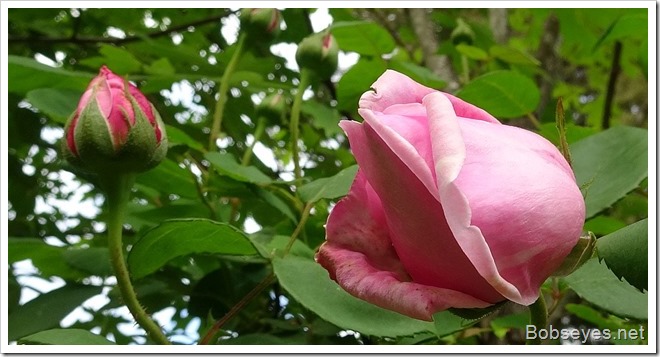 The cat sharpening her claws. 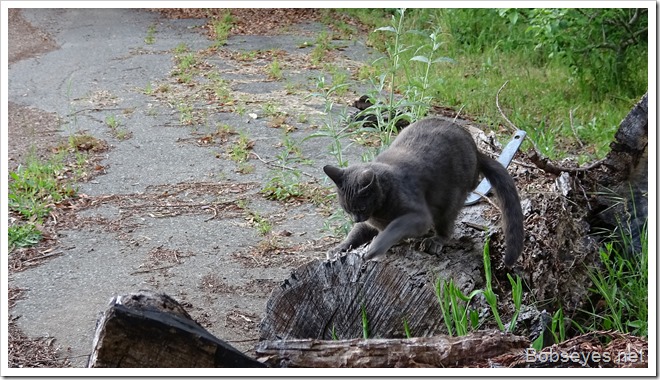 The cat took off to hunt so I wondered over to where I was digging the ditch to put a new main well valve in. Now that I had the parts, I looked it over to figure out how I was going to attack this project when I do it. Looks like it will be fairly easy to install. 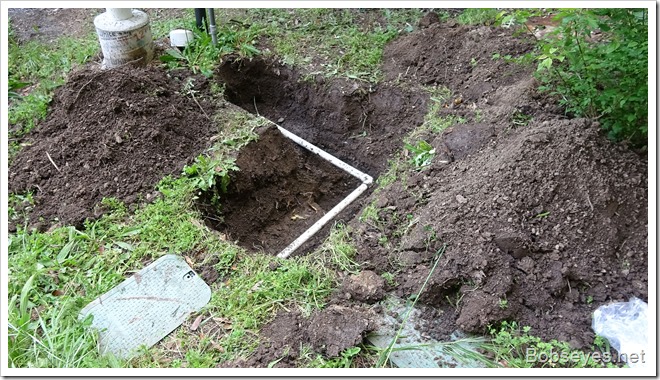 I sat there for awhile then walked on over to this old gate and noticed the pink climbing rose there was blooming. 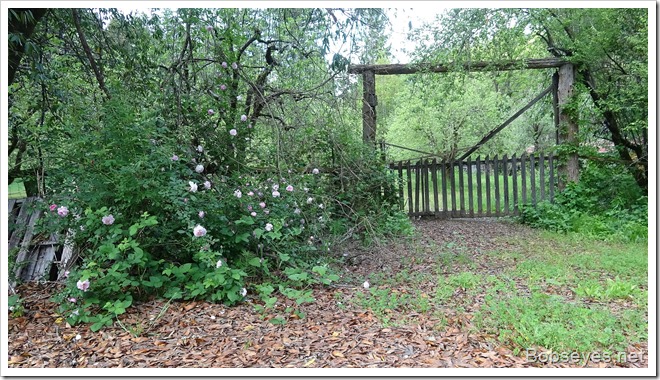 This is a fairly old rose planted by my neighbors back in the 1950’s and has never got any care since it was planted, but it seems to do just fine. 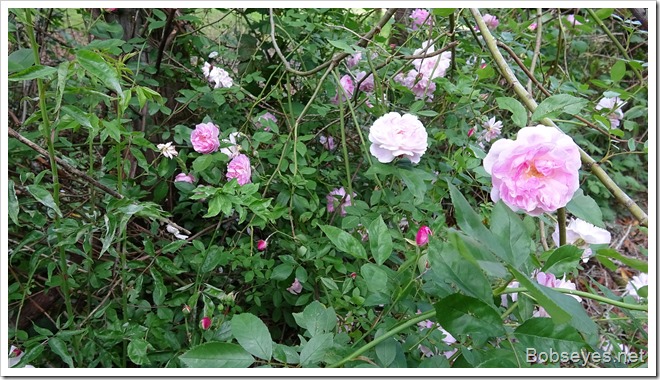 I sat around the yard until the day started to cool down and that was my day.