Rainy, Power Out So Pruned Some Fruit Trees

It rained last night and was still raining when I woke this morning so I stayed in bed extra long and took it easy until I noted the rain stopped.
I was making something to eat when the power went out likely from the high winds I could hear blowing up on the hill tops.

Fortunately I have an electric stove with a gas burner on it so I just switched to that and continued cooking.

The power stayed out until late afternoon so whatever I was going to do today had to be with no power so pruning fruit trees seemed to be the way to go.

The sun peeked through for a brief bit then it was mostly overcast and fairly warm out, maybe about 65 degrees F.

I thought I’d start with this peach tree and then the imperial prune tree behind it so I got my tools out and started out pruning away. 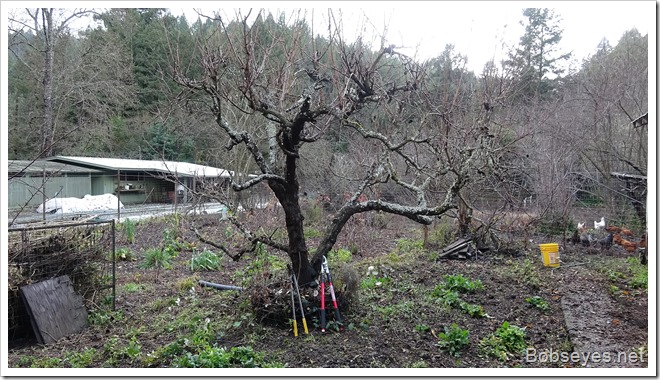 I soon realized I needed a ladder for the job so I got one out and continued. 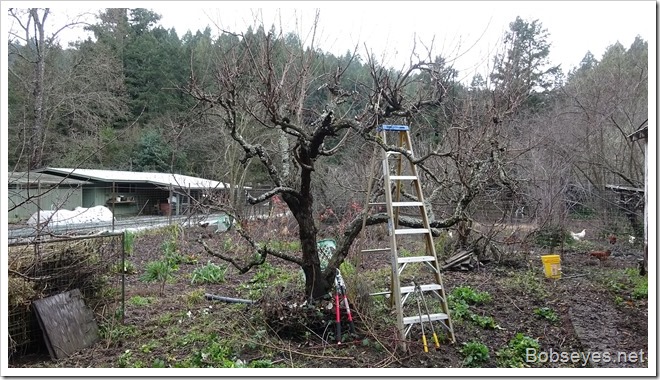 Let the chickens in

I thought the chickens might help out a bit so I let them in the raspberry patch where I was working. They didn’t help out  much but they did keep me company. 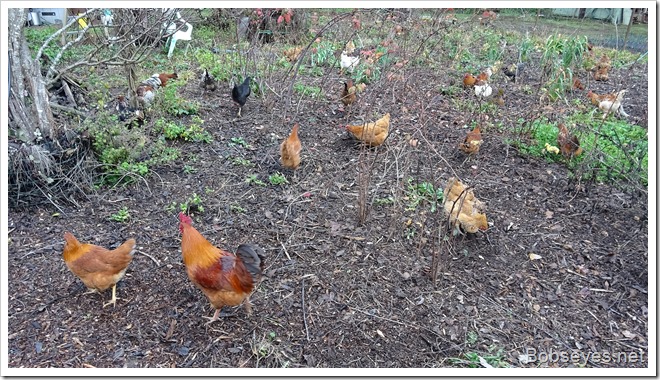 After awhile I got the peach tree and the prune tree behind it done, except for picking up all the brush I made. 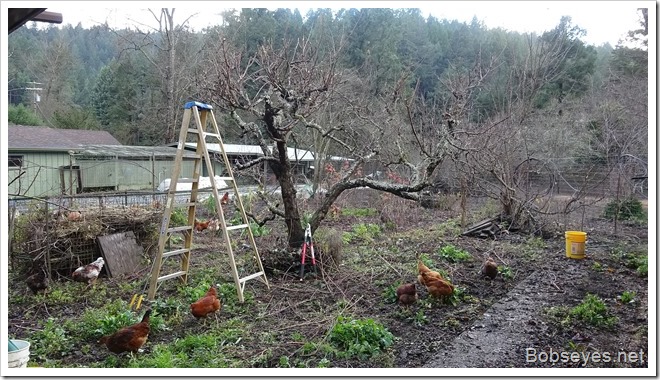 Apricot tree gets done too

But before I cleaned up the brush I pruned this apricot tree and made  more brush. 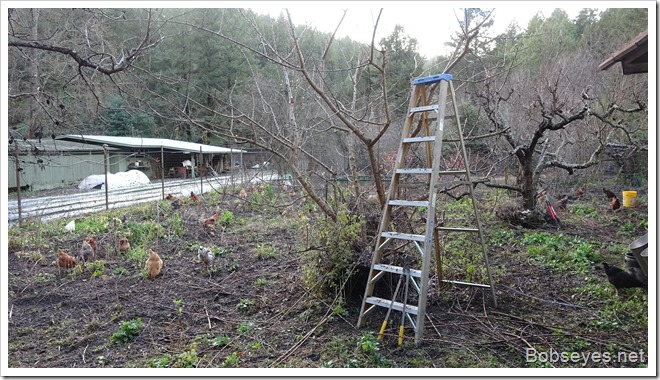 After pruning the apricot tree I needed a rest sat down and watched the chickens for awhile. It tried to rain on me but didn’t come down more than a light drizzle several times which was good that it didn’t pick up.

Picking up the brush

It’s now time to pick up the brush mess I made so I started picking it up taking my time. 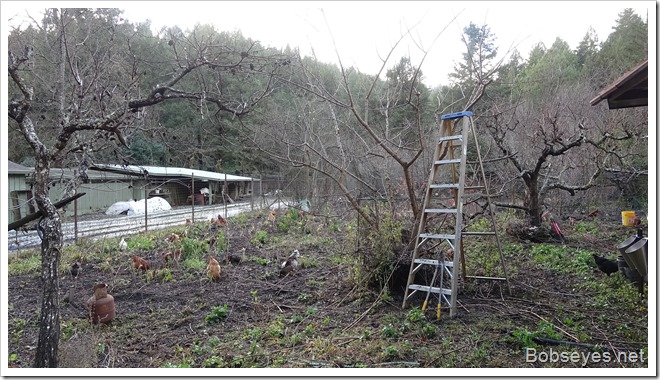 Brush to the brush bin

The chickens weren’t any help as they’d prefer to graze and eat. I put the brush in that brush bin on the  right side and put my tools away for the day as it was almost over and I’d done enough work for one day. 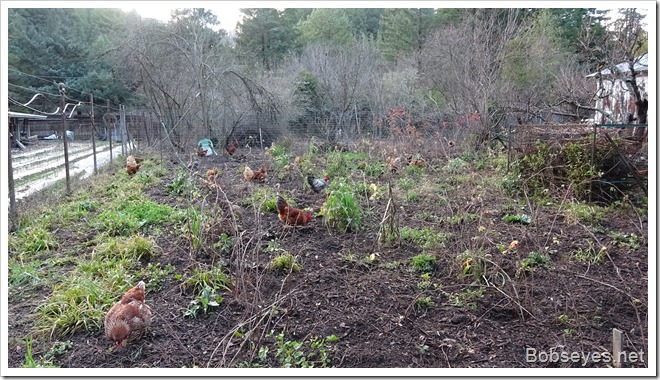 Egg laying is getting better

I went into the chicken pen to see how many eggs they laid today. Ten, up one from yesterday so the egg laying is improving a bunch as last week it was down to  mostly zero.

I added some wood shavings to the chickens nest boxes as it was getting a bit thin in there and since they are starting to lay I thought they might like the reward. 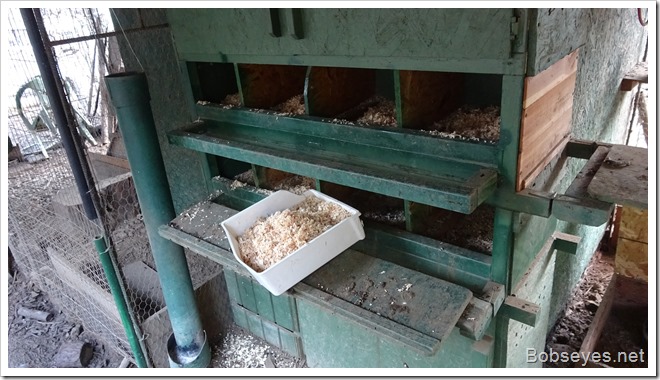 The power came back on sometime late in the day so I loaded up my washing machine and did a load of dirty pants so I’d have some clean ones to get dirty.

Just after dark I went out to shut the chickens in and noticed the light I put on the adults roost area to increase their daylight hours to help increase the egg count wasn’t on because the power was off today so the clock timer needed to be reset so I did that.

3 Responses to Rainy, Power Out So Pruned Some Fruit Trees