I was just making my coffee and frying some eggs when I heard Marty pull into the driveway and slam the door of his car so I let him in and continued cooking away.

We visited and shot the bull while I ate my breakfast.

He’d come by to drop off this crab trap he figured he’d never use again. I offered it to Steve up in Port Orford Ore. as  he crabs and sometimes I get some of them when I’m up there visiting so it was going to the right place. It was also nice of Marty to leave that nice rope on the trap. 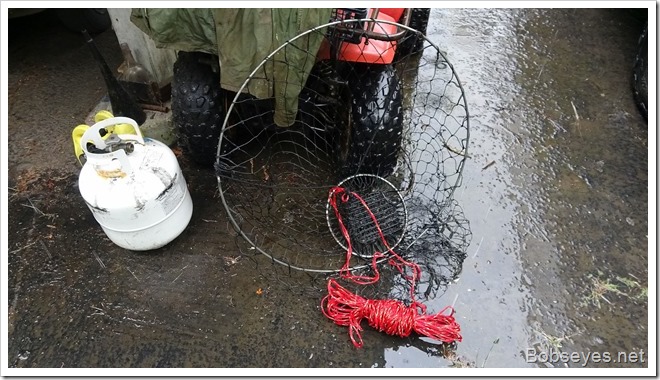 After I ate we sat around shooting the bull because it was raining outside.

Sitting with the chickens

Eventually we went outside and sat in the chicken coup for awhile continuing our bull session.

Eventually he left for home and about fifteen minutes later I thought he pulled back into my driveway and I was wondering what the hey?

I went out to see what was going on as I thought this was weird I hope something bad wasn’t up.

It’s Ken for a visit

It turned out to not be Marty but Ken in a similar looking car. He stopped by for a visit, not much else good to do on a rainy day.

So we sat around and shoot the bull some more. He wanted some eggs so eventually we went out to the chicken pen to get some eggs and I noted the rain was a bit cool and the damp was penetrating so I hooked up the light bulb for heat for the baby checks and they went right in to warm up.

Heats nice when you’re a chick

Here’s the baby chick’s place with the heat light in it. 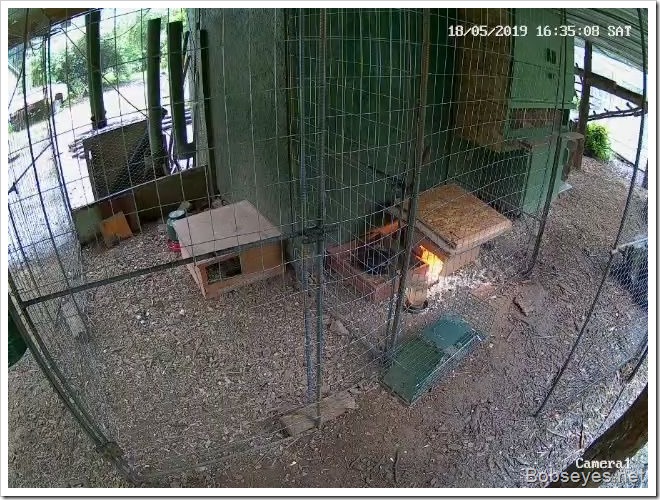 Ken got his eggs and took off for home.

That was my queue to take a nap which I did.

At night when I shut the chickens in for the night I also set this trap to try and catch the rats. The one in the photo is just about to take that peanut on the block of wood but it wouldn’t’ go in the trap. 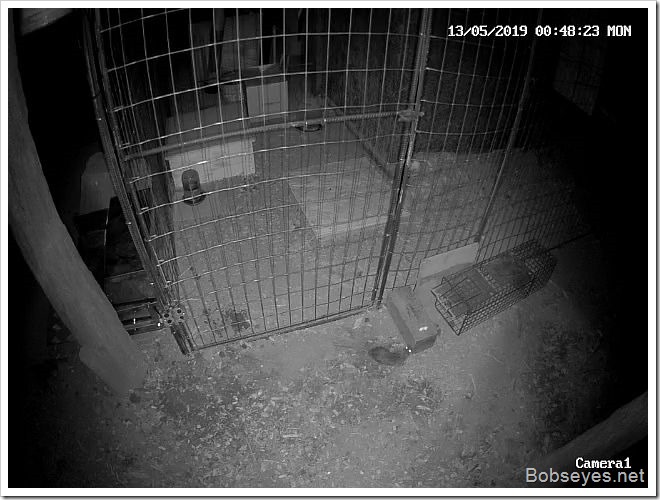 It’s a young rat and I’ve caught two of his brothers or sisters so far but this one just comes by and won’t go in that trap. Rat’s seem to be real smart that way, especially the older ones.

Here’s an older shot of two of the rats looking around for food. This is a night shot from my PTZ wireless cam I have in the chicken pen that feeds my computer and records motion for later viewing. 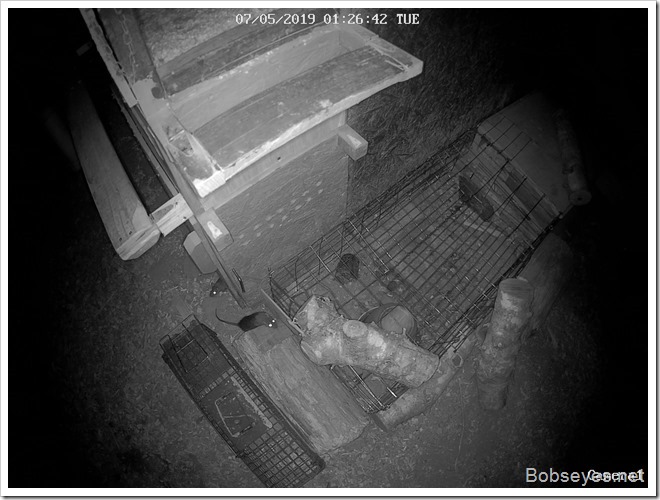 Here’s what the chicken pen looks like tonight with the heat on for the chicks. The other chickens are in their roosts. 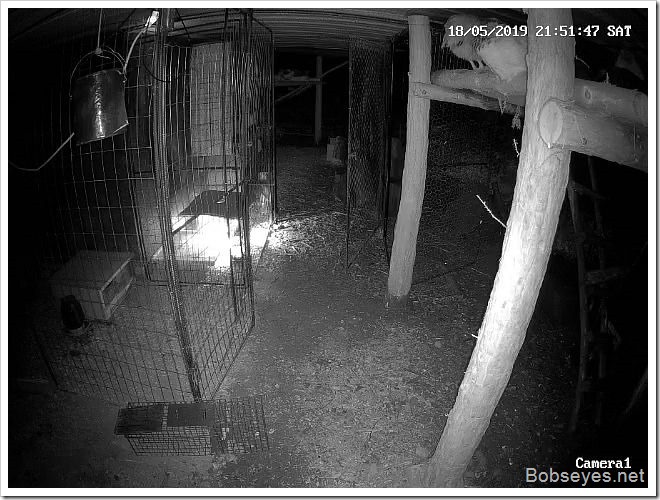 With the rain today it was a slow day but a slow day is good once in awhile.