It was raining when I got it going this morning. I went out and fed the chickens and went back in the house where it was warm.

A bit later I went out and got some tools out as my car’s left front turn signal isn’t working so I needed to find out why. I suspected a burned out light bulb, but nope things were worse than that.

I removed the light fixture and found the bulb looked good but I couldn’t turn it to remove it. The bulb was frozen into the socket so I got out some spray and gave it a squirt but that didn’t help either. 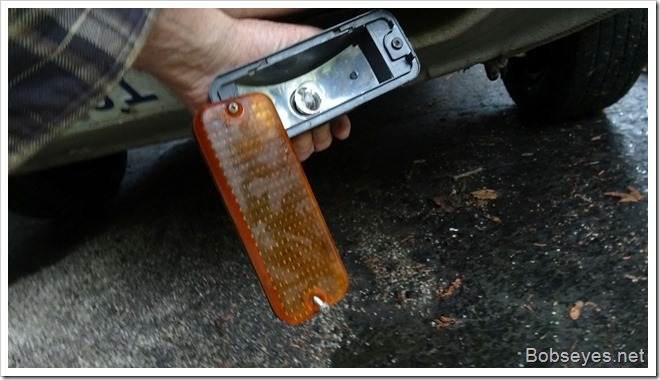 I turned the fixture over and removed the rubber from the back and this is what I found. Not good. Note only one wire when there’s supposed to be two of them. I found the black one inside the boot. It was the ground wire and had broken off the socket so no light. 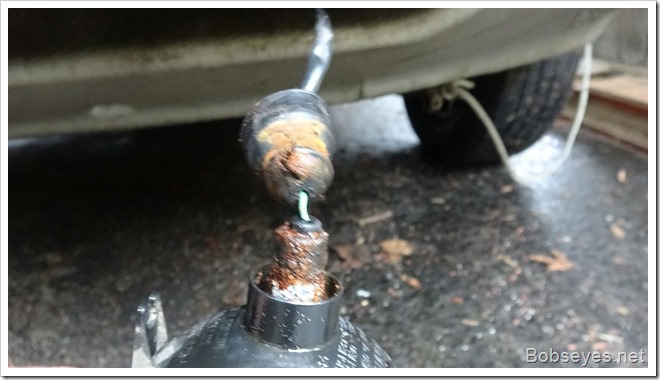 To wet to work on  this

That’s going to take a bit of fixing. I need to locate another socket and get it spliced into this thing somehow but it was still raining and starting to get harder so it wasn’t a good time to work on this so I put it aside for now until the rain stops which it didn’t.

One light that was working was the brake add fluid light on my dash. It went on about the same time the other one stopped but no there’s no connection on that. It’s just a coincidence.

I got my extra brake fluid out and added a bit to the master cylinder. It gets low as the brakes wear down the pads and needs a bit once in awhile for that. That’s all that was wrong. 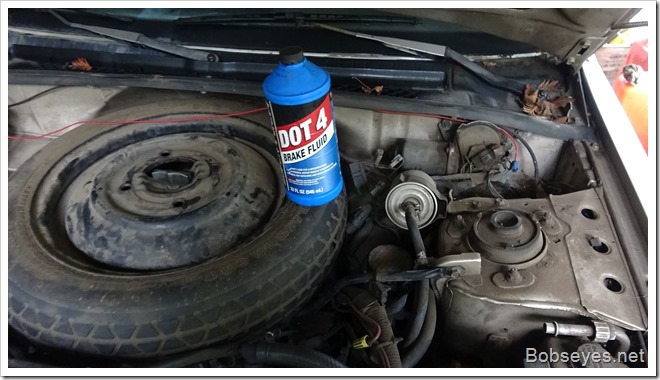 The rains were picking up and it looked like they might be here to stay for the day so there wasn’t much I wanted to do outside today.

I did let the chickens out to graze. They don’t seem to mind some rain, but when it really pours they head for cover. 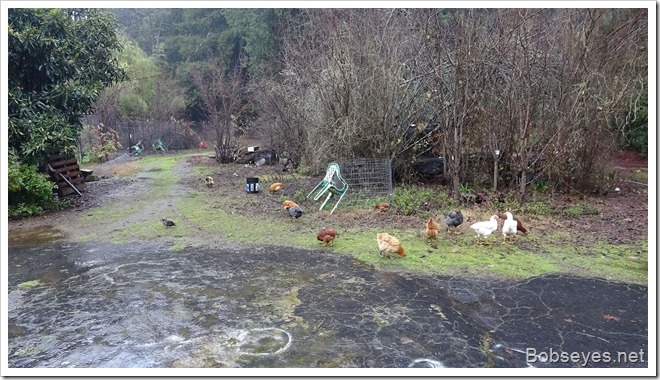 I went back in the house and worked on getting a couple old computers upgraded with win10 since Microsoft let’s one do this for free, at least on win7 computers. It took awhile and it didn’t work at first. But after several reboots it fixed itself and at least one of them is working so far. I still need to get the other one started, maybe another rainy day.

Nice day puttering around inside the house.