Rainy Day and Piles of Woodchips and Crab

I heard something big in the yard this morning but I didn’t get up to see what it was but I had a hunch what it was.

So once I got it going and took care of the chickens I checked out the woodchip piles and yes there was another one there. My brother Tom usually catches the tree trimmer guys and directs the chips here as it’s closer then where they usually have to go to dump. 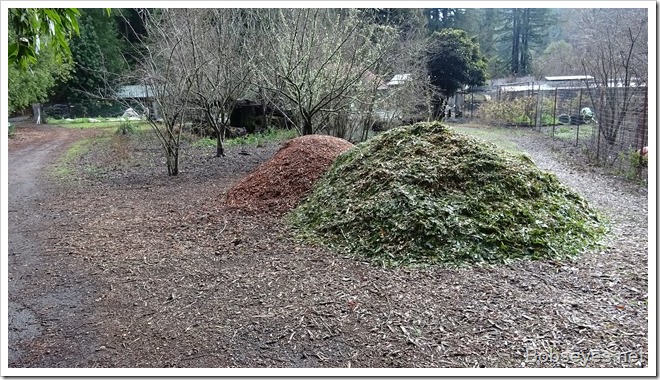 I let the chickens out to graze between the rain showers. 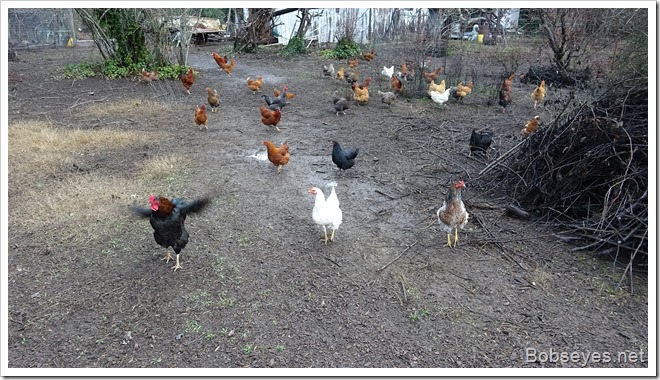 I puttered around the yard but there wasn’t much I could do as everything was real wet from the rains.

In the afternoon I thought I saw what was the last of the clouds but I was wrong. 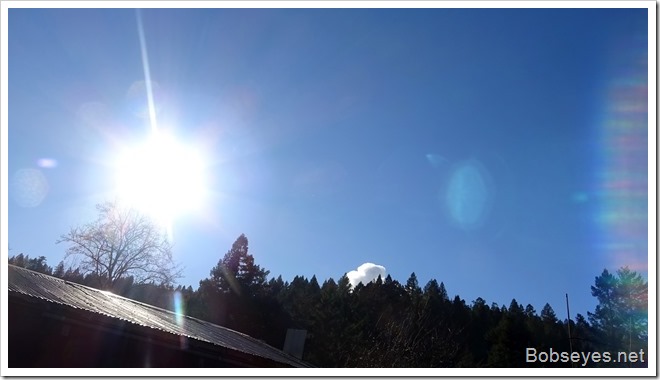 I got the quad runner out and rode it up this road up into the hills. 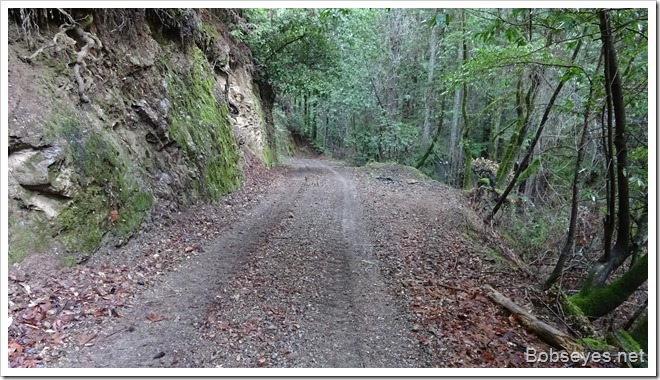 I decided to try and get that plastic pipe out I checked out yesterday so brought my shovel. 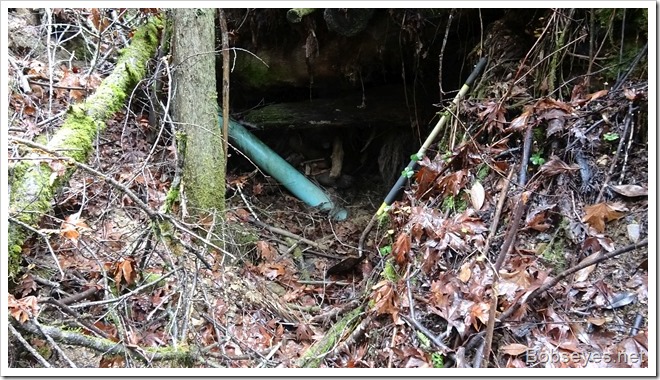 I got the pipe out to here but I had to really work at it and when I did get it to move it was filled up with dirt. I thought the pipe was cut on one side and had been used for a planter but I was wrong and it was solid and filled up with dirt so very hard to move around. 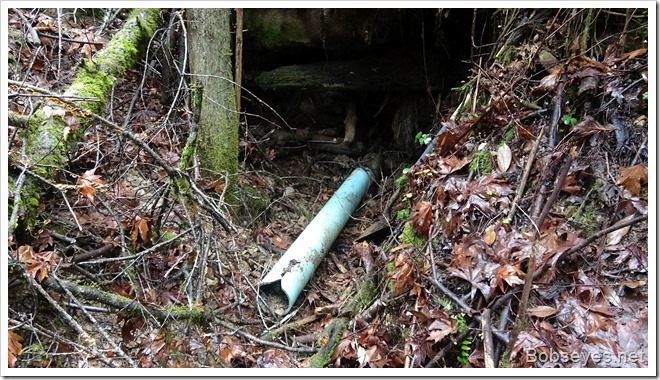 I tried to move it to a spot where I could get the dirt out but it started to rain again on me and I wasn’t ready for it. I decided I wasn’t going to get that dirt out of the pipe today and was getting wet so I left it for another time. 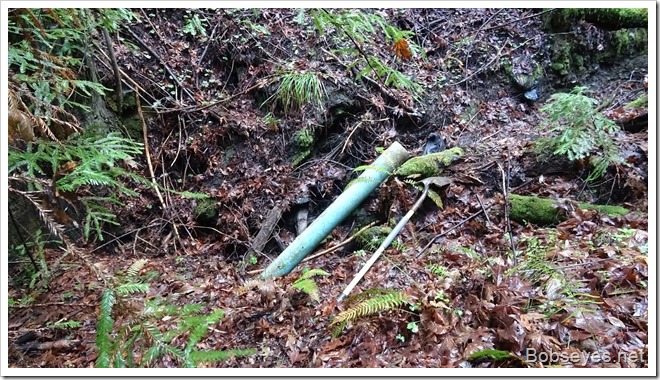 I took off headed for home when the rain stopped so I rode over to this area and walked around a bit checking things out as far as seeing how the forest fire rehab work worked out. It looked good. 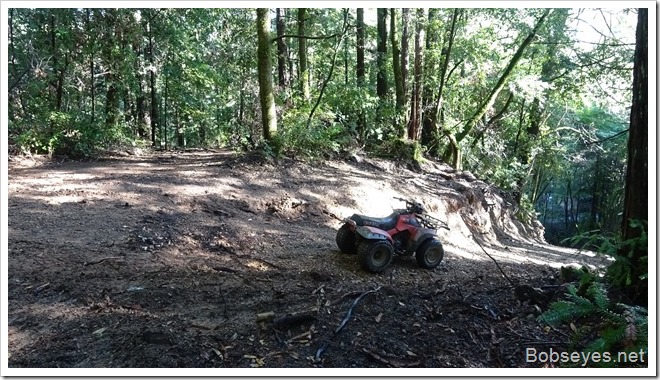 I got home about the time the sun was going behind the hills so sat in a chair and watched the sun go down.

I had another nap and when I went outside to see how the chickens were doing I saw another load of woodchips was delivered. 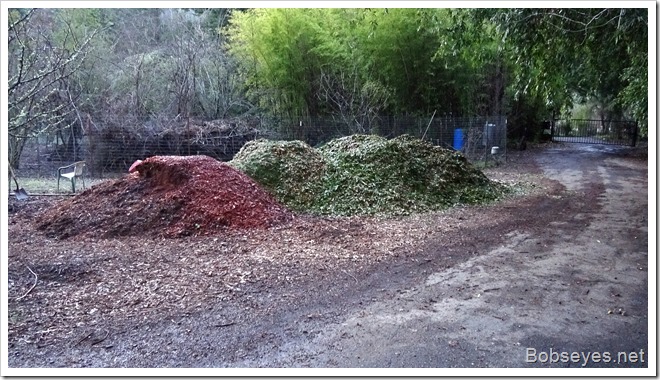 I saw my brother Tom and he said we’d be getting about 8 more loads. He said he’d take a lot of them over to put around his chicken area as it’s all muddy. He also said he had a fresh crab for me he was cooking up. Yummy.

2 Responses to Rainy Day and Piles of Woodchips and Crab