Raining So Puttered Around Fixing Stuff

It was supposed to rain today and it was as I got it going today. It was showering pretty good so I thought I might head on over to the shopping area to get some fence wire. But as I thought of driving around with all the other fools I slowly came to the decision that it wasn’t really necessary to go shopping today as it could wait.

I put my rain coat on and went on outside and checked the chickens for feed and water. 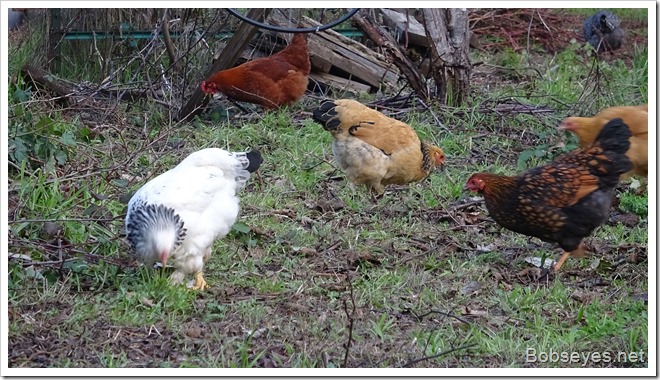 Worked on stopping some water leaks

Then I did some repairs on the chickens roof to stop a few water leaks that were getting their pen all wet.

While I was at it Tom came by and asked what he needed to do to get his pressure washer to work. It won’t kick it up to high pressure spray when the handle is pulled. We’d fixed this problem before but I couldn’t exactly remember what we did so I told him what I remembered and he started taking it apart.

It’s hard to get the valve out. One has to hook up the water and start the engine which causes it to blow it out which worked once I remembered how to do it. 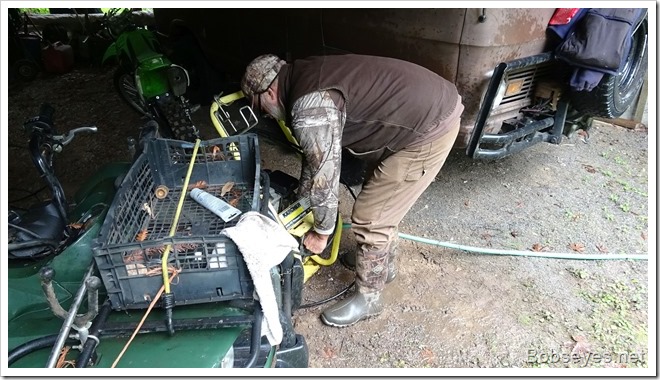 We decided to put some  silicone grease on it this time so we found some and coated the part with it and put it back together and gave it a test.

It worked just fine. Here’s Tom testing it out on the quads. 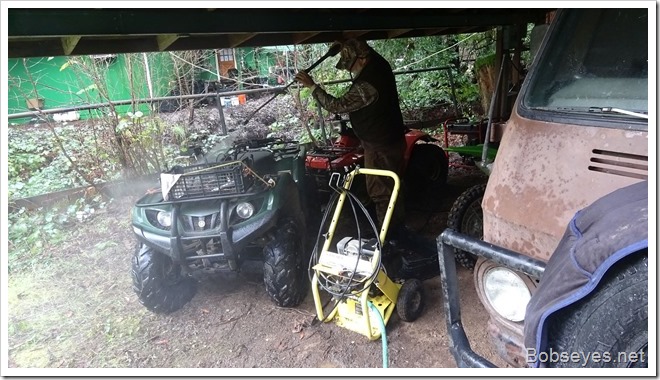 Of course I was in the house and out between rain showers. I  had intentions of doing some vacuuming but since it’s not my favorite job it didn’t get done but some other stuff did.

I did get most of the brush I made the other day picked up along with the wood. I plan to cut that brush around the apple tree into smaller pieces when I get time to mulch the tree and keep the chickens from digging it up. 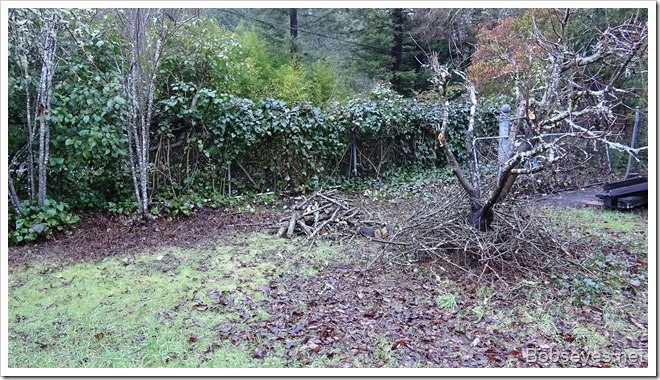 I puttered around the yard and got some more daffodils planted along the driveway and was able to stay out of the mud while doing it.

Back in the house for a nap and then a cup of coffee and it was almost time to let the chickens out to graze but it started to rain more.

Your not getting out today

I went out to let them know they were likely stuck in for the day. I did give them a treat to eat scattering it around the pen so they could graze it. I gave them some of those small sun flower seeds they use for oil which they really like.

Here’s the chickens wanting to get out to graze today. 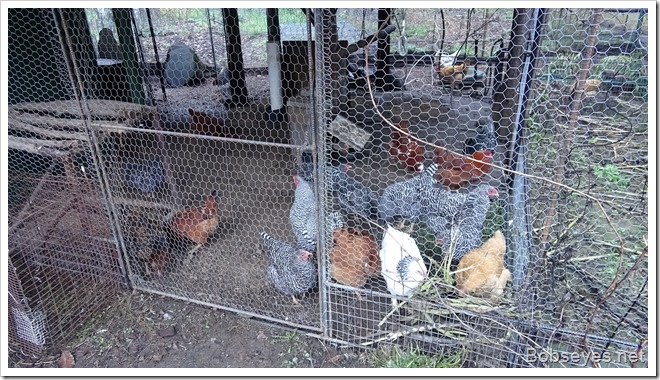 Since the chickens weren’t getting out today I went back in the house and listened to the rain.