Critters in the chicken pen

Here’s some of the critters that visited my chicken pen during the night, last night.

This is a big ol rat that has been trying to dig it’s way in. I keep sticking rocks in it’s holes. Since I buried wire around the fence it has been having a hard time finding a spot to get in. 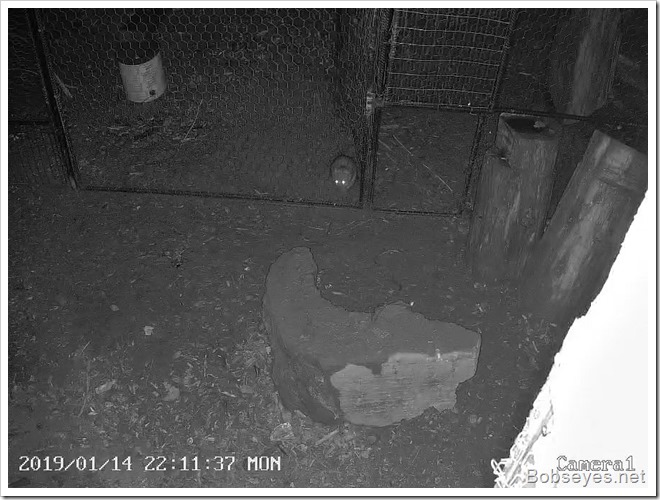 Mice go where they want

The mice are smaller and can get through some of the fence wire so they go pretty much where they want. 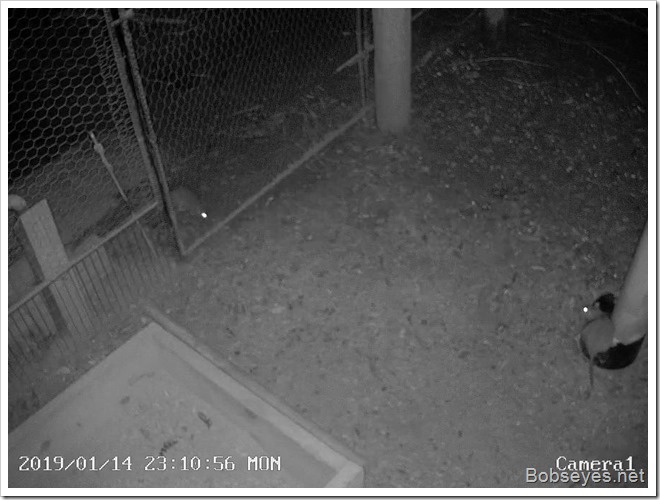 There’s two mice in this photo, one in the feeder on the left and one on the stump above center. 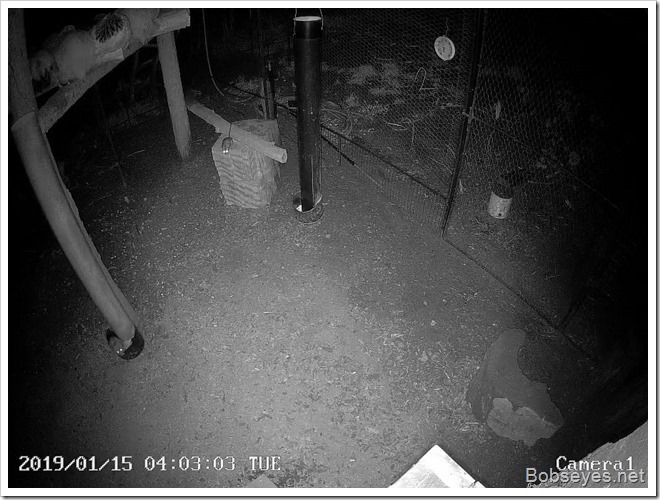 The mice and the rat too can climb on the wire fence without too much trouble. I watched this mouse checking things out. They seem to be able to detect the IR light the camera is using at night so they are cautious. 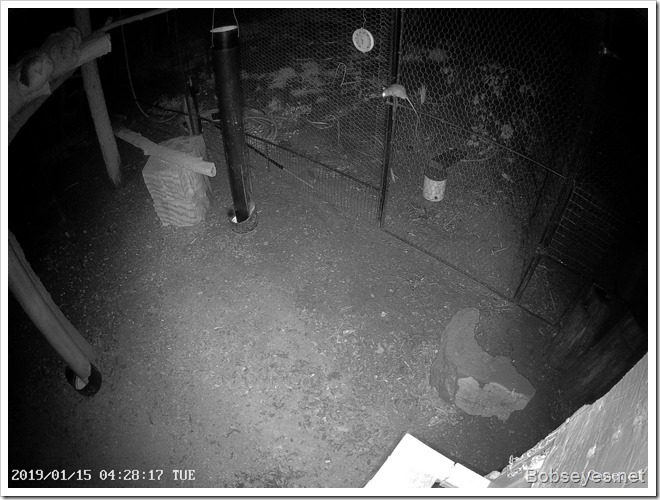 Figuring out the software

Here’s a color photo of the chickens in the pen this morning just before I fed them. 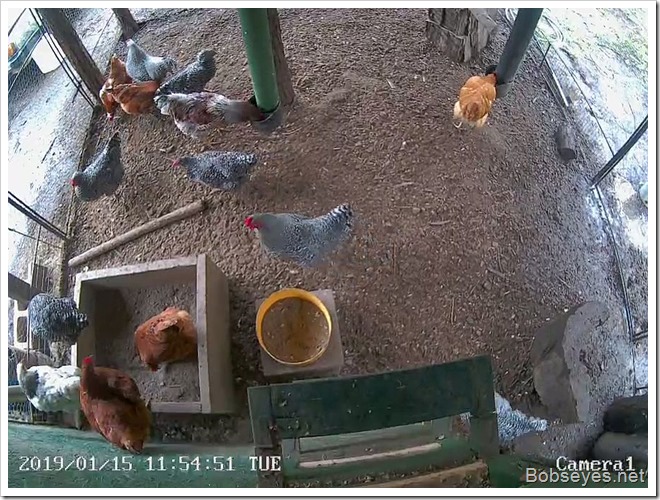 This morning it was raining so I decided to head to the shopping area to get some longer network cables so I could move the cam into a better spot in the chicken pen.

What I need is not available

I also wanted to check on faster modem routers as the one I have is getting old and isn’t as fast as the newer stuff. But they don’t seem to be making many of the type I need anymore so that was a bust and I’ll have to get one from Amazon if I want one. I put that on hold right now. I was able to get a longer networking cable and some longer extension wire to power the unit.

And of course I did some shopping at Costco as the computer stores were close by.

It was raining hard as I drove on home for the day.

I put the groceries away and went out and installed the longer cables and moved the cam to a better spot and let the chickens out in the rain to graze.

Neighbors cat staying with me

My neighbor’s cat has been staying with me for a week or so and she wanted a pic of her missed cat. This was the best I could do before she took off outside to do whatever cats do. She’s been a good kitty and we get along fine. 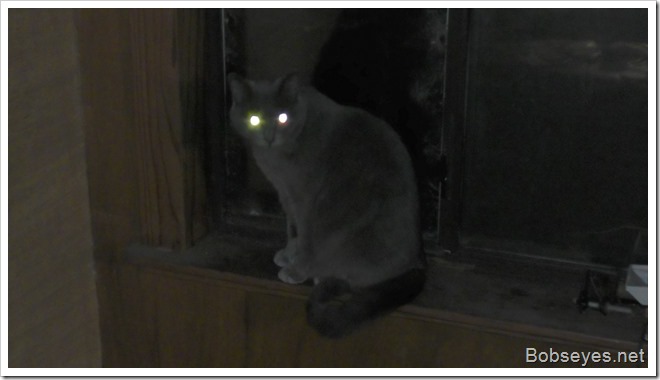 Even though I didn’t get the new modem router I did learn some things about them so I’ll figure out a way to get things to go faster with what I have as I have a couple of fast routers around that I can hook to my modem to speed up the wireless. I’ll get to that eventually.

It was a good day to do the shopping as it was a rained out type of day and if I stayed at home I would of ended up vacuuming the house and that would of made my back sore. :O)

That was it for  me today.

(Visited 159 times, 1 visits today)
This entry was posted in Uncategorized. Bookmark the permalink.