Raining, Out For a Drive and a Visit Too

Not wanting to spend another day in the house

It was gloomy and drizzling when I got it going today. Not wanting to spend the day inside reading again, like yesterday, I decided to take a drive on down to Jenner as maybe it wasn’t raining down there.

So I got my gear together just in case and drove on down.

It’s a rather scenic drive from my house to the ocean.

As I drove into  Monte Rio, it was raining lightly and I could see a couple boat trailers in the parking lot near the boat ramp so some guys were steelhead fishing today.

Here I am by the Sheridan Ranch, still light rain and not looking good for kayaking. 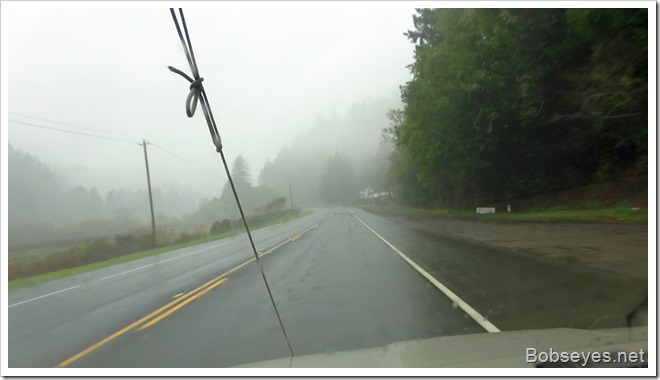 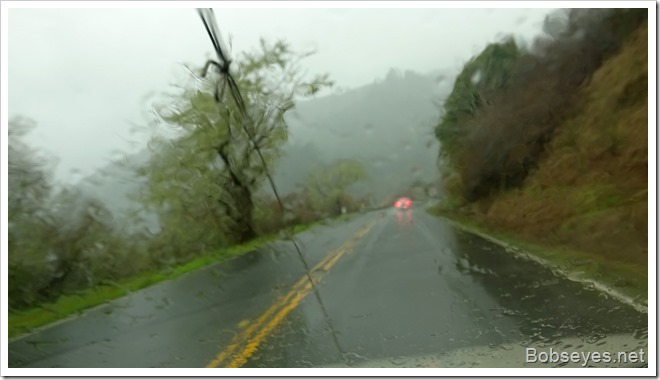 Rain lets up by Jenner

But as soon as I made the right turn onto highway one at the stop signs the road was dry, although a bit overcast. Jenner is about a mile up the road by the ocean. 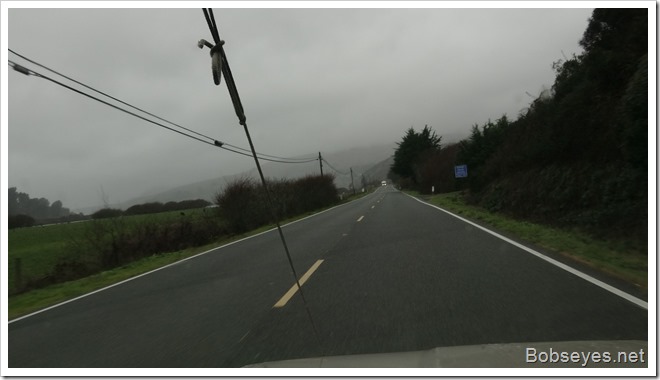 View from the overlook

I drove down to the overlook at the river’s mouth which looked like this looking out into the ocean over the river’s open mouth. 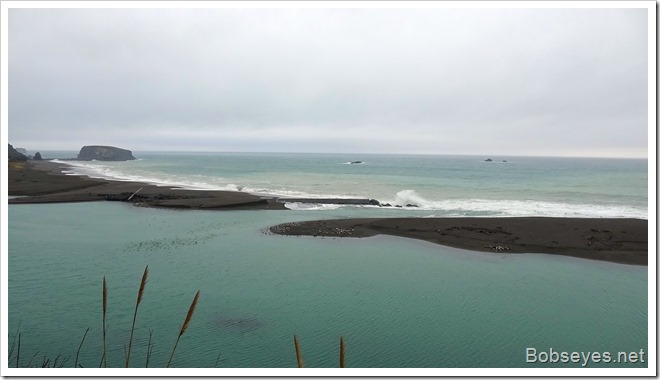 There’s a number of harbor seals and birds resting down there and the ocean was pretty rough. The waves are all brown meaning they are carrying sand and moving it around. 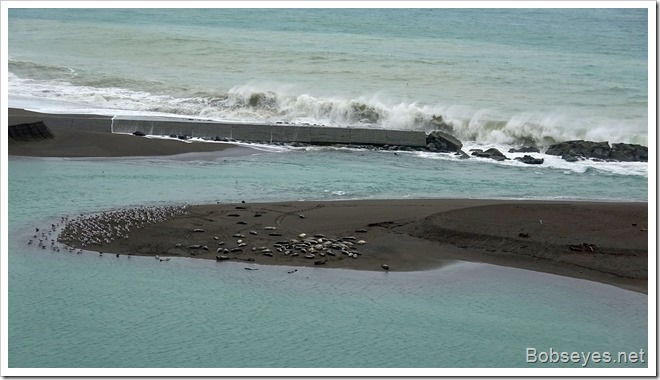 Some of the harbor seals. 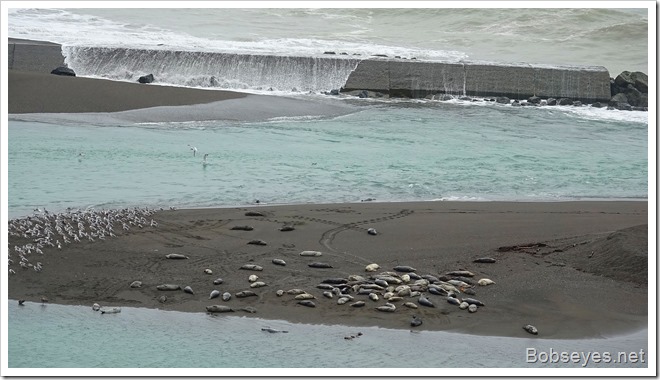 And some of the seagulls. 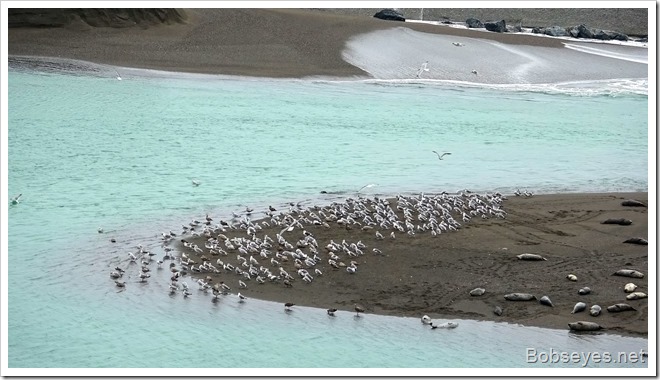 There were also a fair number of mostly seagulls resting on the water. 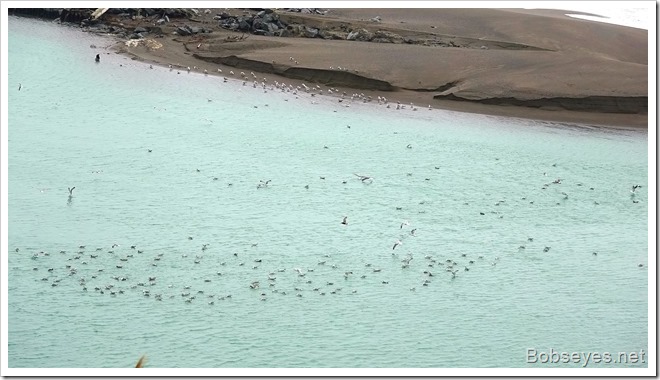 I drove back to the Jenner boat ramp to think about putting the boat in the water. It wasn’t raining, but the wind was up just a little, so I just looked. 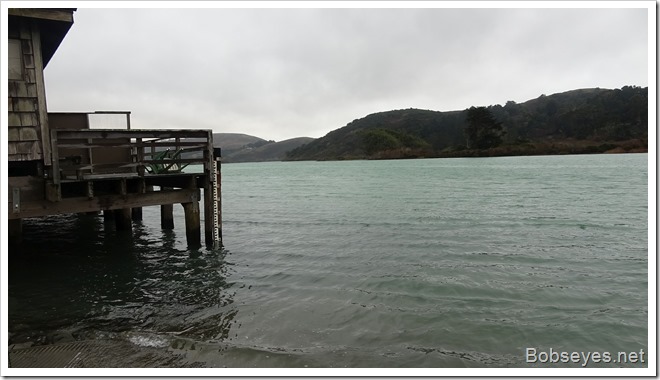 This is a photo of the parking lot, looking across the road to the gas station. The little building on the left is likely the most used in town as it’s one of the few coming down the coastline so most people need to stop here. 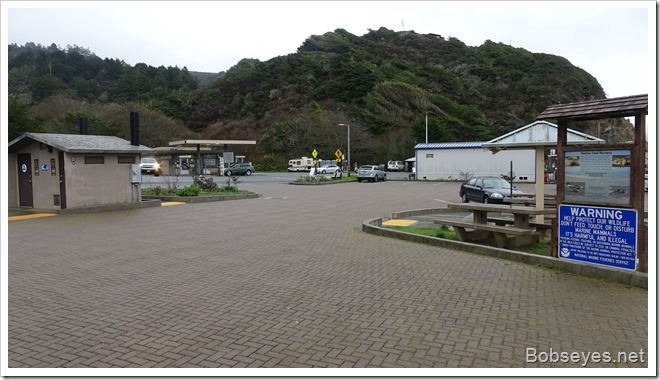 Still not raining just outside of Jenner along the river. 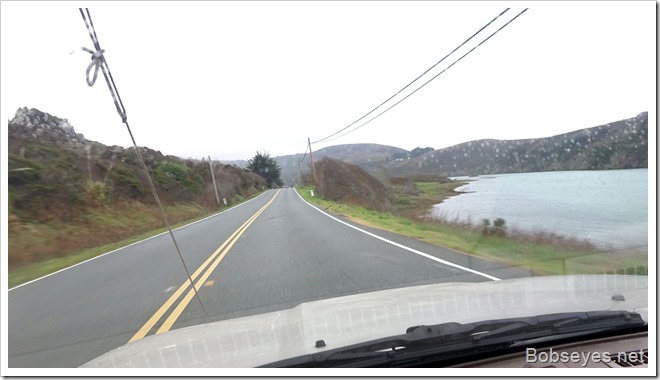 But after turning inland the rain picked up again. 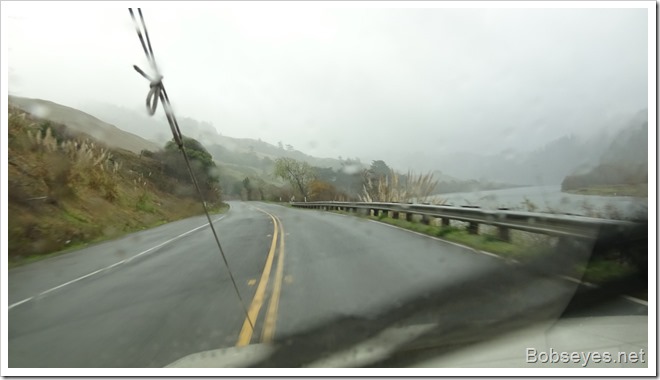 I stopped at Monte Rio just to see what was going on. Some guys were fishing off the boat ramp, but not catching anything. While I was talking with them we saw a couple big fish wakes going by in the water. There were a couple boats down in the slot fishing, but I didn’t get a report. It wasn’t that cold out, but it was a raincoat day. 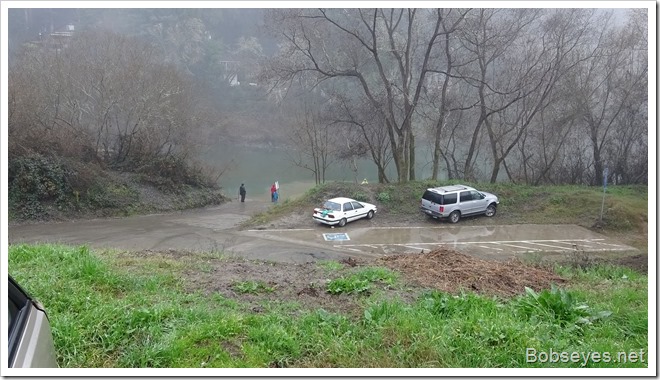 I left and headed home. In Guerneville I decided to drive up to see if John S. was home. He was so we chatted for a good while, mostly about the river as John is a local fisherman.

I left his house with some frozen ocean fish and some wild pork meat all corn less, just the way I like it. Thanks John.

It was still raining lightly as I drove into the yard and almost dark.