It was raining nicely when I got it going today and it didn’t look like it was going to let up.

A good day to do some stuff in the house. The guest bath toilet had a leak in it somewhere from the tank so I got tools and things together and checked it out. I could see it was leaking around the seal at the bottom of the tank so I took it apart. Of course it had big nuts on it and I had a hard time finding something large enough to turn them but I persisted and finally got the nuts off the tank drain pipe.

I was able to find a seal in my pipe stuff but one of the big nuts had a crack in it and I couldn’t find one so I’ll have to get one, but good to get this fix this far as it’s been out of commission for a long time.

The other day it sorta looked like I might have some kind of water leak under my kitchen sink so I moved a bunch of stuff and sure enough, I think there are two leaks so I’ll have to deal with that when I feel like it as it looked like it would be quite a job undoing all the drain pipes and redoing them.

Vacuums hard on the back

After a break I got the vacuum out and did some vacuuming thinking this is real hard on my back, maybe that’s why I don’t like to do it.

I got some done, at least the worst and sat down for a break debating with myself whether I wanted to do anymore because my back was hurting good by now.

The choice was made

About that time the power went off so that took care of that decision.

But it wasn’t long before my brother Tom came by and had tried to start our generator but it wouldn’t start which was strange because he had started it up yesterday with no problem just to check it out.

We checked some stuff out but couldn’t get it going so I said let it sit and come back in an hour and try again. Remember my back was already hurting.

Here’s our generator getting some work done on it. 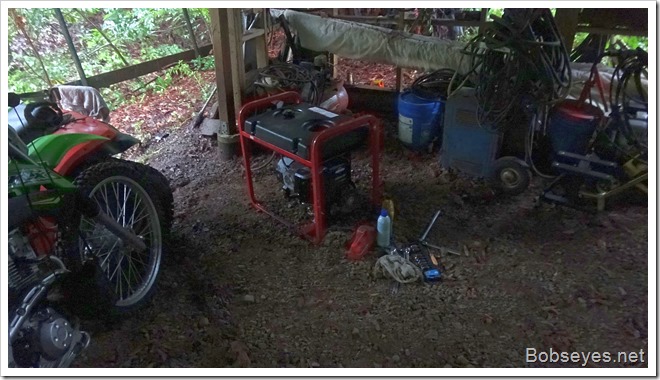 I went back in the house and thought about the generator for a bit to see if I could come up with some ideas on what to do next.

Tired of sitting around

After about an hour I got tired of sitting so went out to work on the generator some more. I was about to take the carb bowl off when I thought I should check the oil level as it has some kind of shut off switch that won’t let the engine start when the oil is low so I checked the oil level which looked pretty good but not up to the top so just in case I topped off the oil.

Just needed oil and the power is back on

I checked the spark plug which looked ok and gave the engine a few pulls and it coughed and started right up which was good. I think the problem was the oil level switch and it just needed oil to go.

About that time Tom comes back and tells me the power is back on which is also good. Hopefully it will start right up if we need it. I use it mostly at night.

I could hear the creek running for the first time this year so had a look. 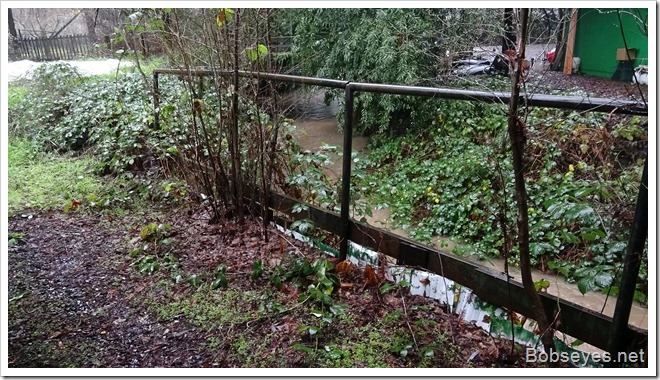 It rained all day and is just now starting to slow up at 5 but is hard on and off, still more on than off. 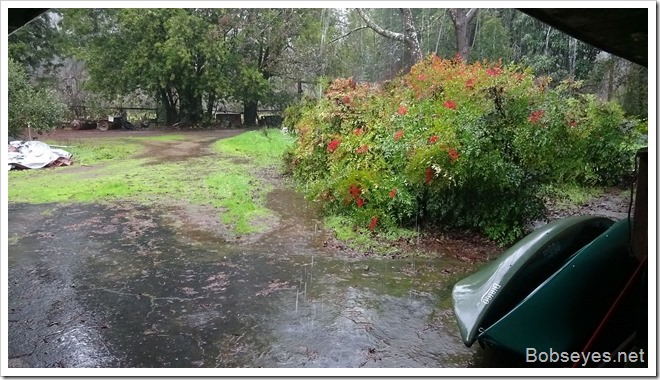 It’s been raining pretty hard so the chickens have been staying under cover. I did scatter some seed in their pen this morning to give them something to do. They seem to prefer to scratch for their food than eat it out of a feeder. 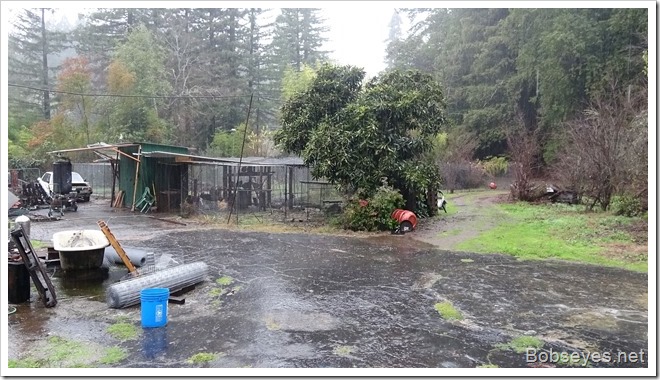 Treats for the chickens

It was still raining hard at the chickens grazing time so I scattered some goodies around their pen for them to eat instead of going outside and grazing in the rain. I have some deluxe wild bird seed that has all kinds of goodies in it that I treat them with occasionally.

Sounds like more rain coming during the week which is ok with me, maybe I’ll get some more of this inside stuff done on the house. :O)

1 Response to Raining, House Work, Power Out and Generator Fixed