Yep, more rain today. It rained all day long and is still raining, but that’s ok. 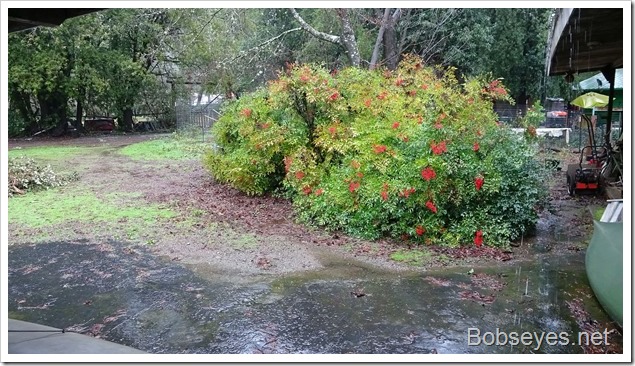 I heard a truck out on the road where the power switch was that was out, but it was only the cable guys trimming some stuff, but that  meant the real power guys would be here soon. 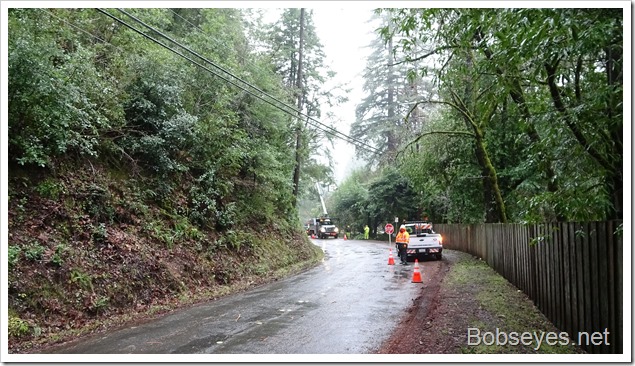 I checked the rain gauge. Lately we’ve been getting about three inches a day. 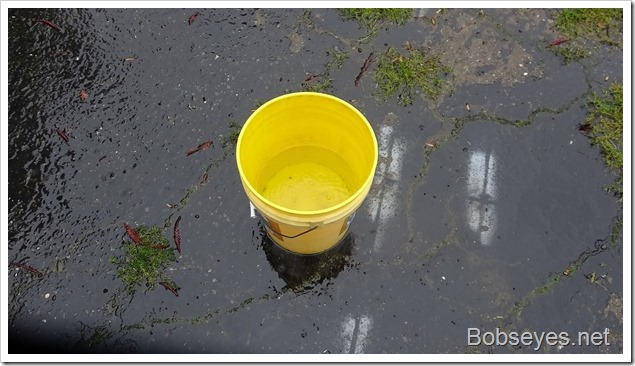 As long as it was raining all day, I decided to try and stay home and give my body a rest as it’s pretty sore from all the work and exercise I’ve been getting.

I, at least gassed and oiled up the chainsaw for next time. 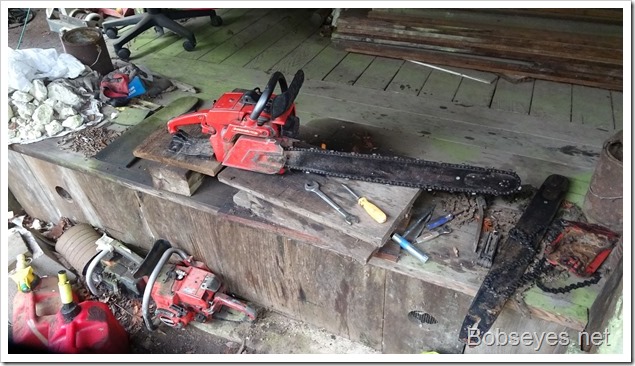 During the process of adding the chain oil, I discovered I’d lost the black oil cap somewhere up  in the forest where I was working, somewhere. I’ll have to go back up there and hunt for it. I was in a lot of places so it might be lost. 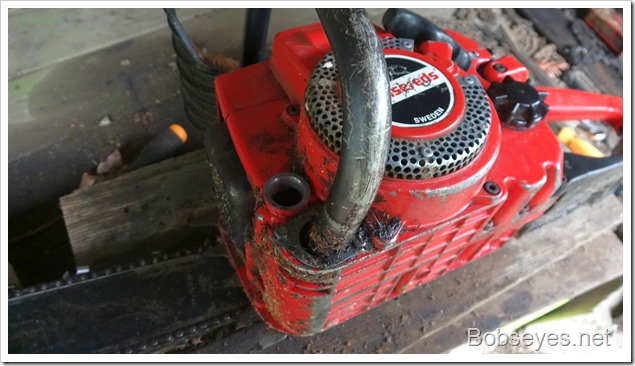 In the mean time, I had another chainsaw that I could steal parts off, so I got it out and took off the oil cap. That took care of that project. 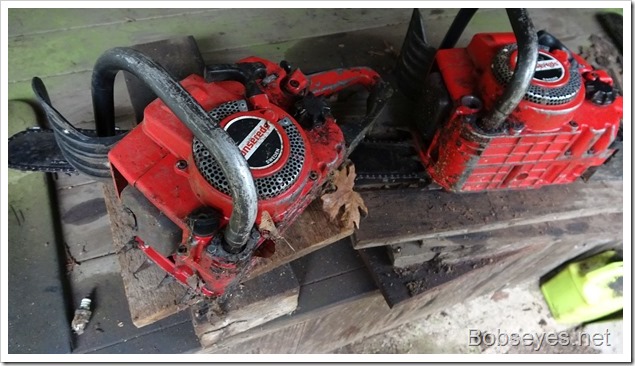 I hung around in the house most of the day, with occasional trips outside to check on stuff.

I gave the chickens some extra food today. Not that they really needed it as they seem to like to go out in the rain to feed as long as it’s not raining too hard.

At last, the power guys

I was checking the power company’s power outage web page, around three PM, when it said the power repair guys were on the way, which was a good sign, so I listened for them

Eventually I heard a truck out there and went out to chat a bit and see what was going on. 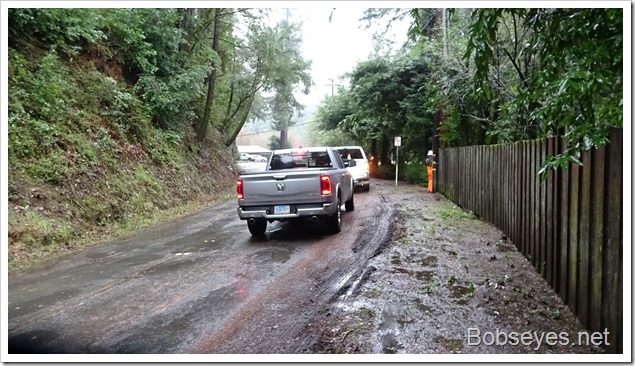 Most of the power guys had already gone by with their big trucks and were up the road repairing the damages. I heard there were a couple big trees that fell on their lines.

A this time, seven PM, they are still working up there and they said the power should be restored by ten PM, so I’m hopeful as I’m getting tired of hearing generators.