Rain, No Power, But I Shop and Visit and Get Some Work Done Too

It was raining when I got it going this morning. I went out to feed the chickens and came back in the house and the power was out.

After I got something to eat I went back outside and was going to cut this plastic barrel up to use it to mix chicken feed. But when I tried the saw it didn’t work. Hummm, I forgot the power was off so I left that for later. 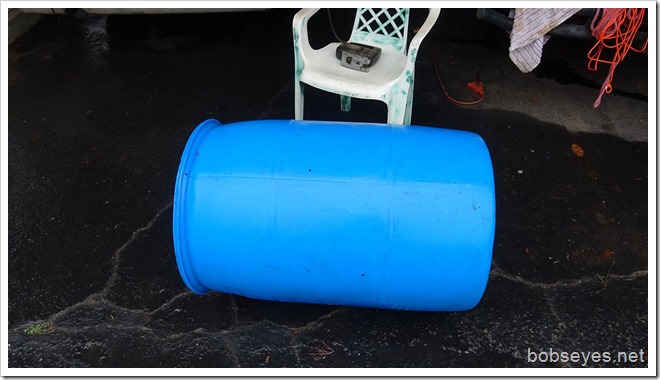 So I did some chair hopping until the rain settled down to a light drizzle then I went out and moved  a couple loads of woodchip mulch to this garden starting a new row of it which my goal was to finish out that row today if I could. 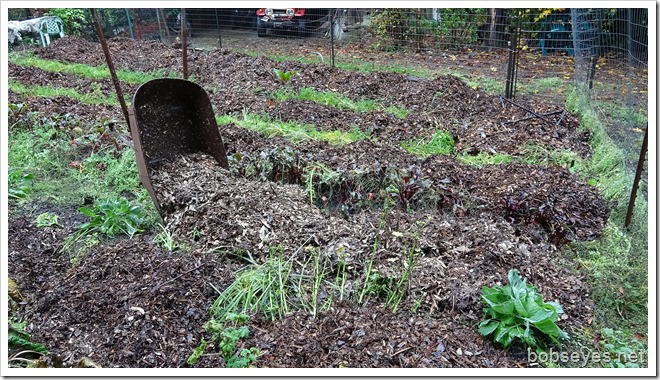 I needed potatoes so I drove on down to Guerneville and got  some and some coffee makings too and then drove over to John and Cheryl’s place to visit for a bit before going on home. I wanted to talk with John about helping me with some trail work up in the woods.

There was still no power when I got home but the rain had settled down to a very light drizzle so I got the loppers out and trimmed back some bamboo that is leaning over my driveway from the rain weighting it down. It takes more time to clean it up after cutting it which is the hard part as I cut quit a bit of it some of it out on the highway. 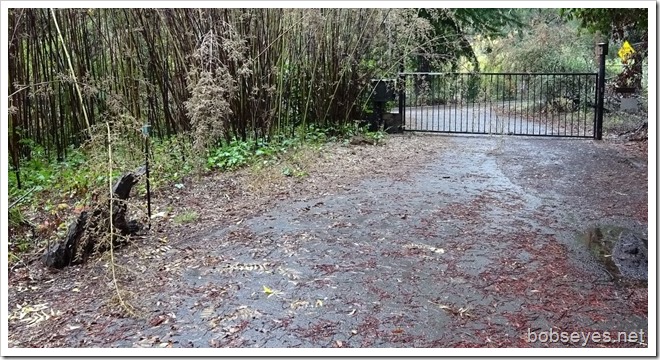 I finally heard the power guy over by the switching pole so I went over to see what was up.

He said there were a couple spans of line down up the road and they were short handed so it was going to take awhile, likely some time after dark. 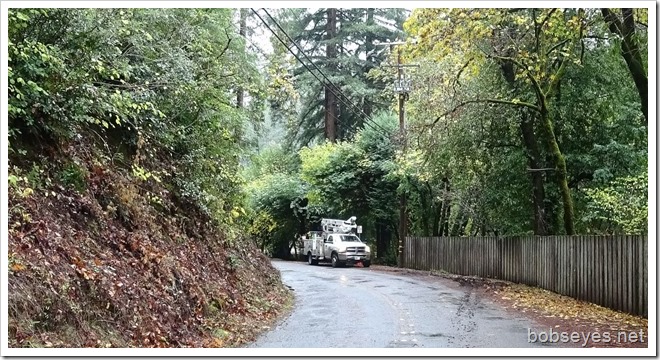 I continued hauling mulch until I got that row done and that pretty much wore me out for the day so I chair hopped around the yard while the sun tried to come out but couldn’t make it. 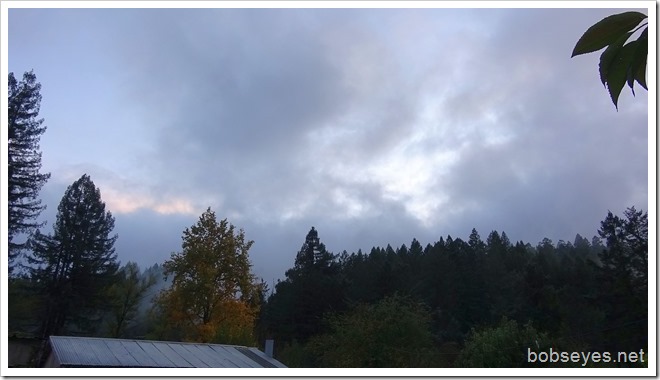 Just before dark I shut the chickens up for the night and went on in the house and got a fire going in the wood stove. It’s  not that cold here when it rains. I think it’s abut 60 F. now.

I didn’t want to start the generator as I feel they’ll likely get the power on shortly so the best place to write a blog is out in my van  where I have battery power with a small inverter.

I should be able to go over to my neighbors place and use the Wi-Fi there as there is still power there. Wow, three there’s in a row. :O)

KittyKat has been coming by to eat when she gets hungry and if it’s not raining too  hard. But she doesn’t stay long and scoots back out the door.

Hey the power came back on while I was out in the van so all is good.

1 Response to Rain, No Power, But I Shop and Visit and Get Some Work Done Too