Rain Let Up So I Got Some Forest Work Done

It rained early this morning but then stopped for the day, so it was time to get out and do something.

I got my tools and jumped on the quad runner and headed for the forest up in the hills.

I saw Tom working in his garden so I stopped to see what he was doing. 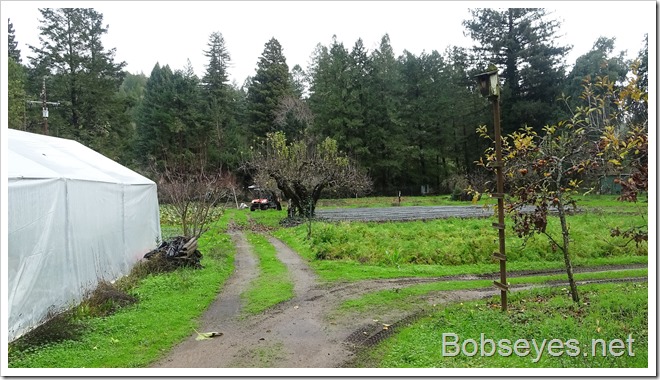 He’s up on  the ladder pruning some fruit trees. It’s that time of year and I  need to get my fruit trees pruned too. 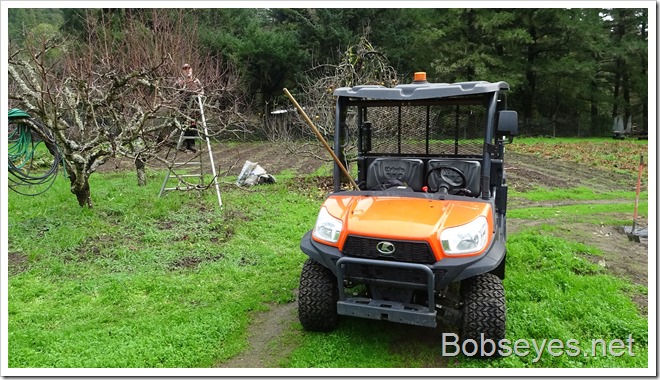 I continued up the road and ran into this downed tree that was blocking the road. I guess I should of brought my chainsaw, but I didn’t and this was too big for me to move without messing up my back so I turned around and headed to another way up to where I wanted to go. 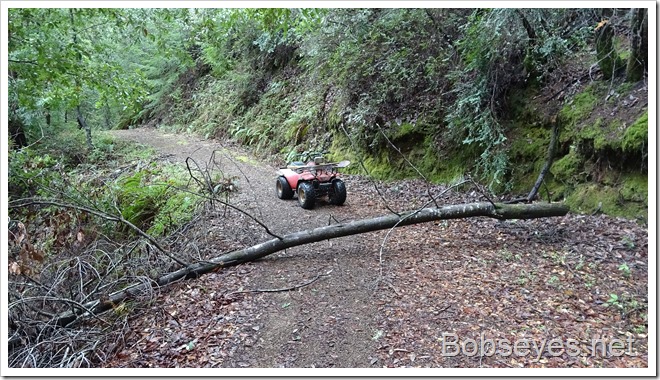 I went back down the road and took the high road to the left that went up to the fire break area which was pretty much open and there shouldn’t be any downed trees blocking my way. 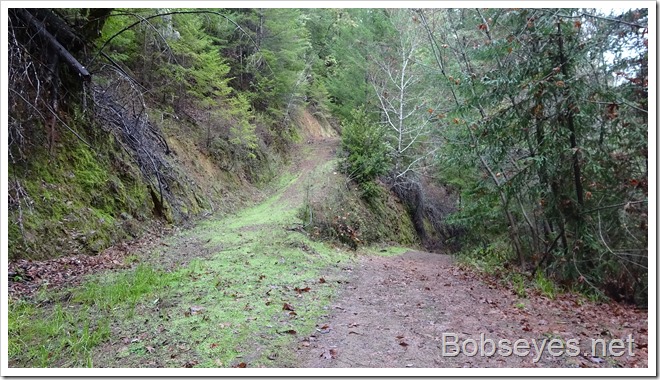 I  made it over to this spot where I parked as I needed to walk to where I wanted to do some work. 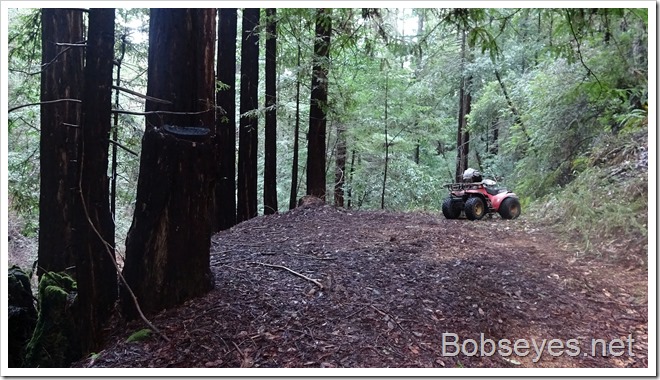 I was just above the water fall so I grabbed my tools and walked down to the falls area. 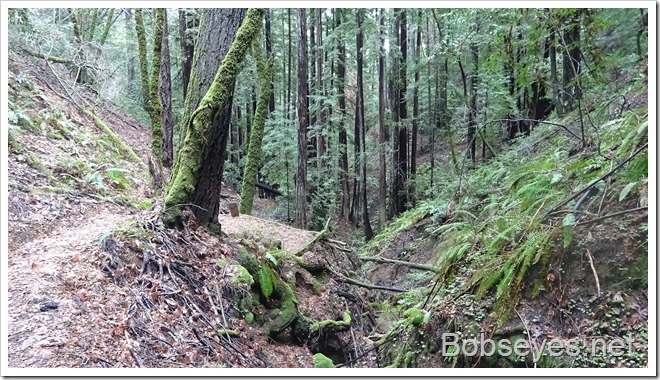 The noise from the falls is what I was going to hear today as I worked near by. Very peaceful. 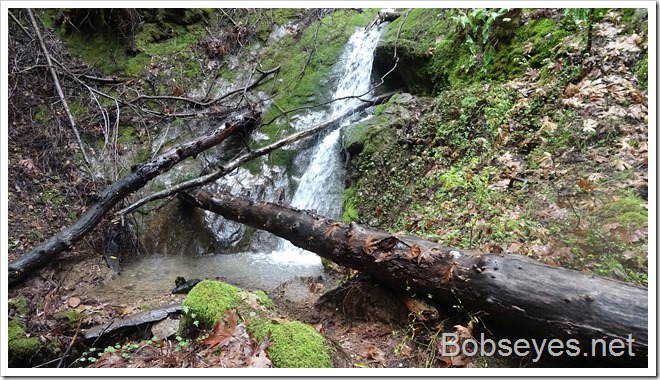 Looking down the ravine from the falls. Nice and green with ferns and moss. 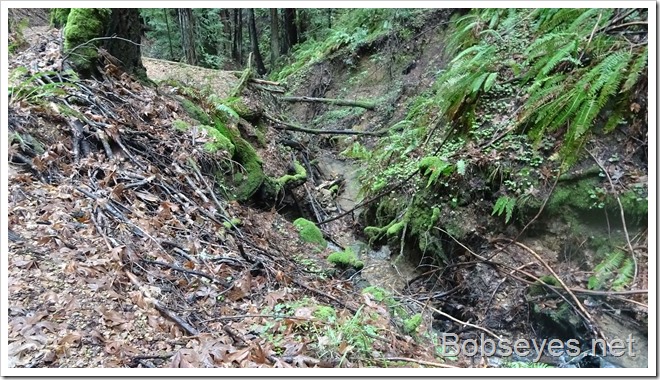 What I wanted to do today was remove a couple of obstacles off the old trail. This big rock was in the middle of the trail and wouldn’t move.It’s either a big rock or part of the mountain. My plan is to use the steel bar to break it up like picking a block of ice to break it up, only harder. 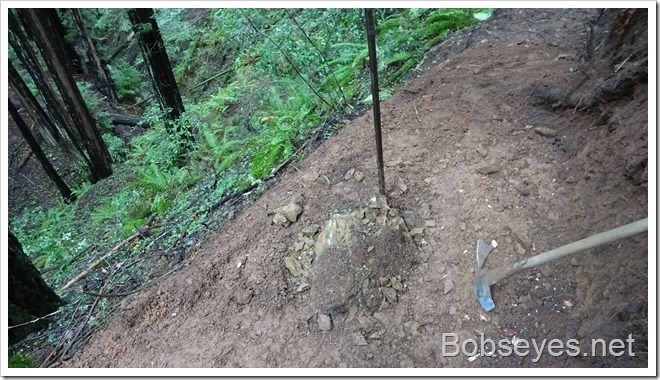 That rock was hard but I kept at it until it started to break up into smaller pieces. 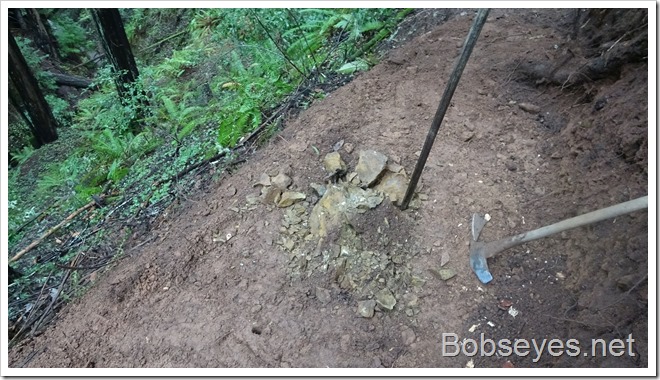 I was able to break it down to here which will be just below the trail surface. 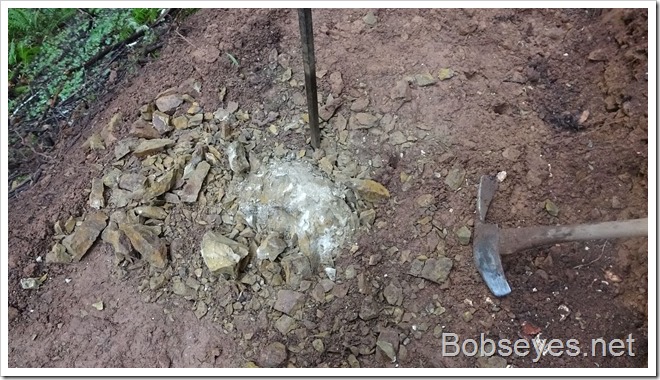 I filled the dirt back in on the trail and now the rock is out of the way. 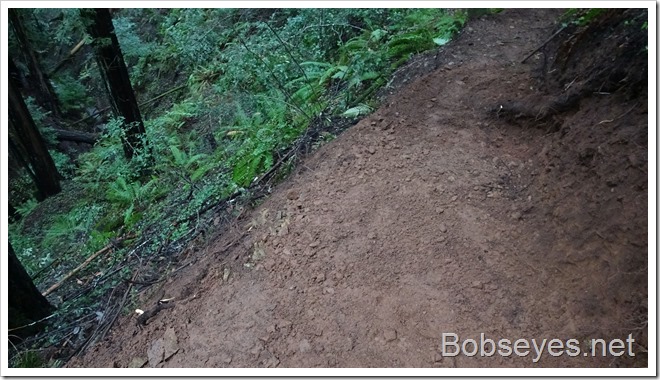 Just down the trail from that rock was this tree stump I needed to remove so I worked at that digging and cutting it up with the Pulaski tool and prying with the steel bar until it popped out. 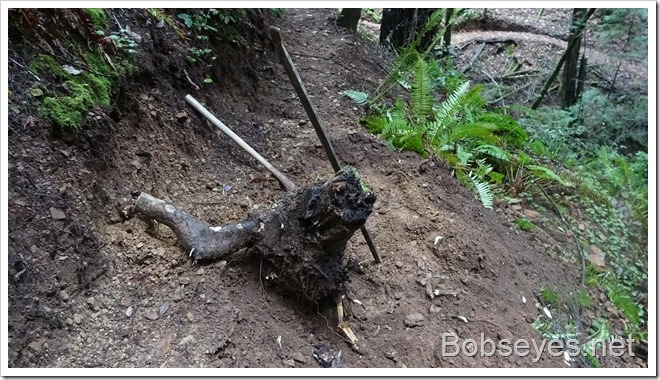 That was a bit of work but I got it out. 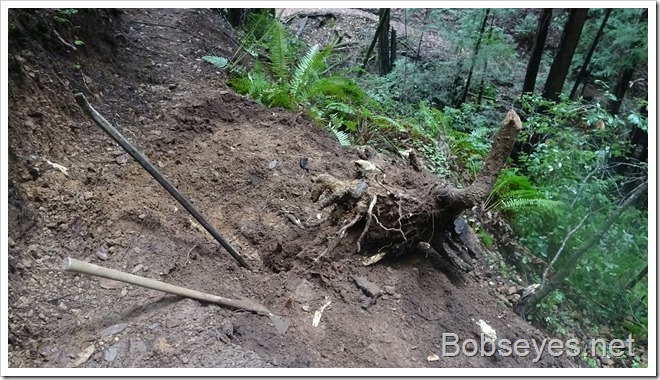 I spread the dirt back on the trail where the stump used to be and headed up the trail to where my quad runner was parked and headed on home for the day.