Radiator Repair, Trail Work, A Hike and a Nesting Chicken

My car’s radiator has a leak so I needed to find where it was leaking and repair it.

I started the car and looked for the leak and I found it, a squirt. 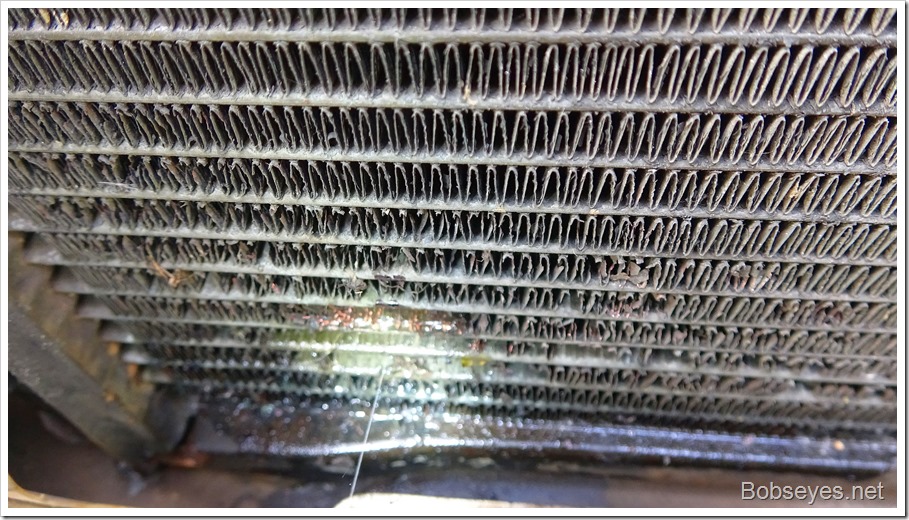 So I cleaned the leaky spot up and put some silicone on it to cure overnight and I’ll check it for leaks again tomorrow. 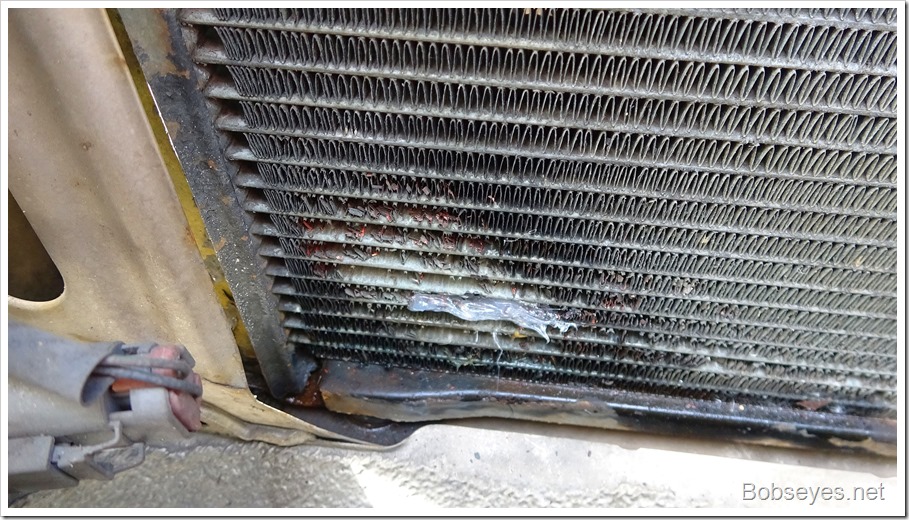 Once that was done I did some chair hopping around the yard and  mostly took it easy until about four when I decided to ride up into the hills to do some trail work as I needed some exercise.

I rode the quad runner up to this spot where there was a bump in the trail. 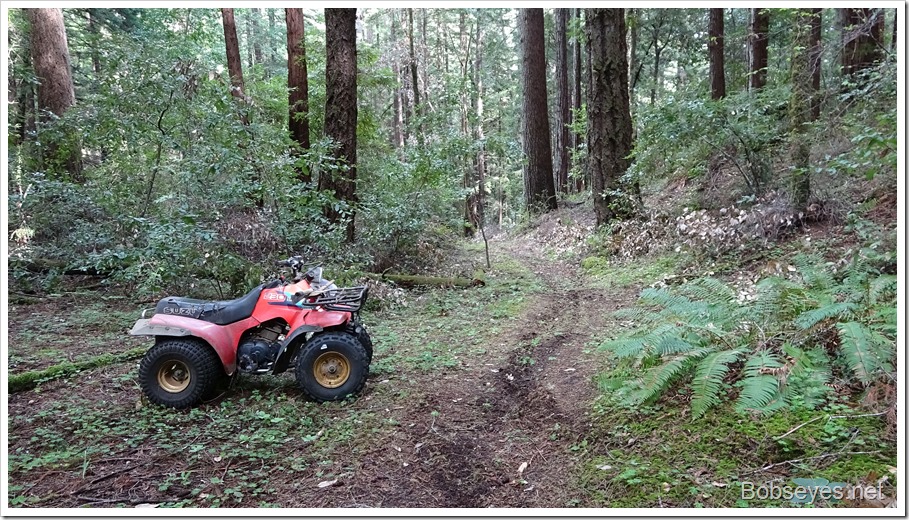 I moved a bit of dirt around to fix the dip in  the trail. 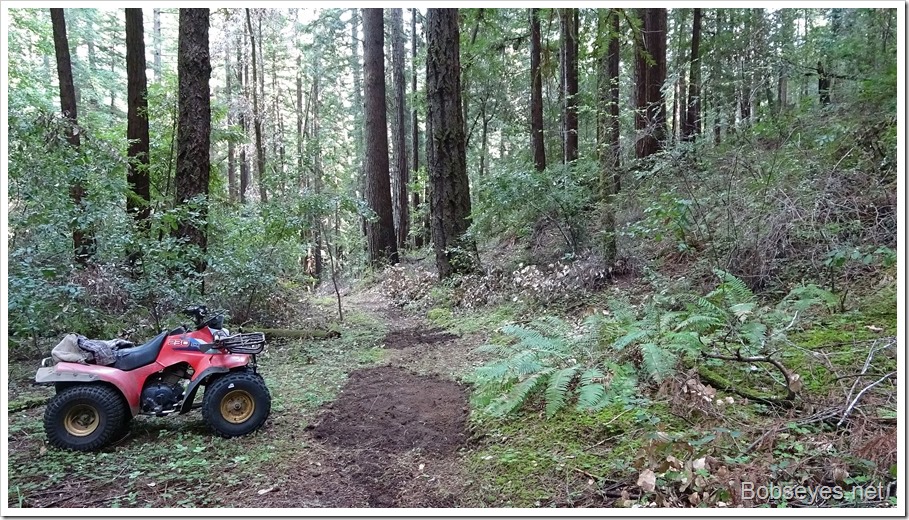 Then I rode on down to this spot where I had some more work to do. 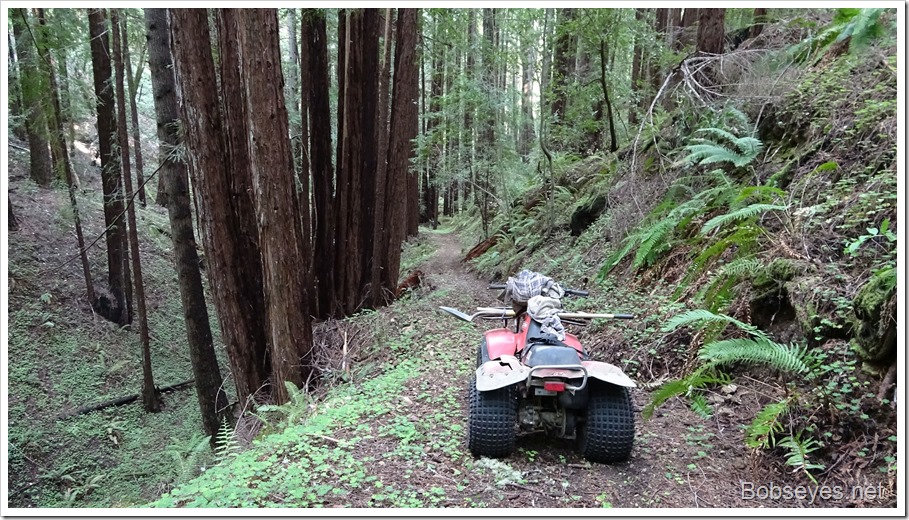 I wanted to take out the end of that old log and make the trail a bit wider in this spot. 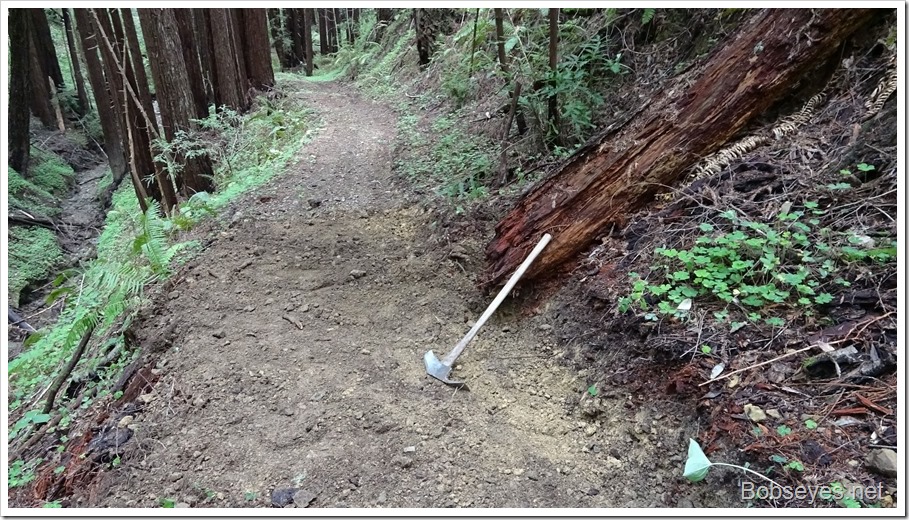 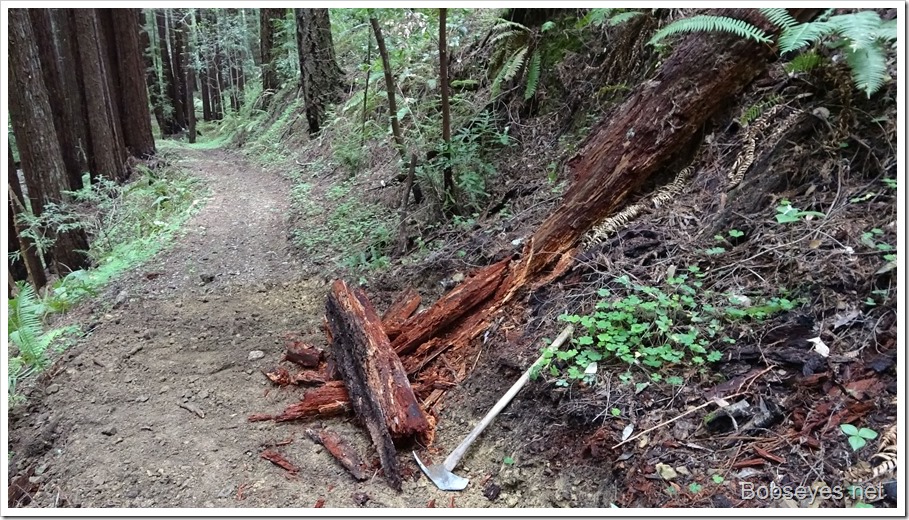 I dug out some of the dirt to widen the trail out just a bit. 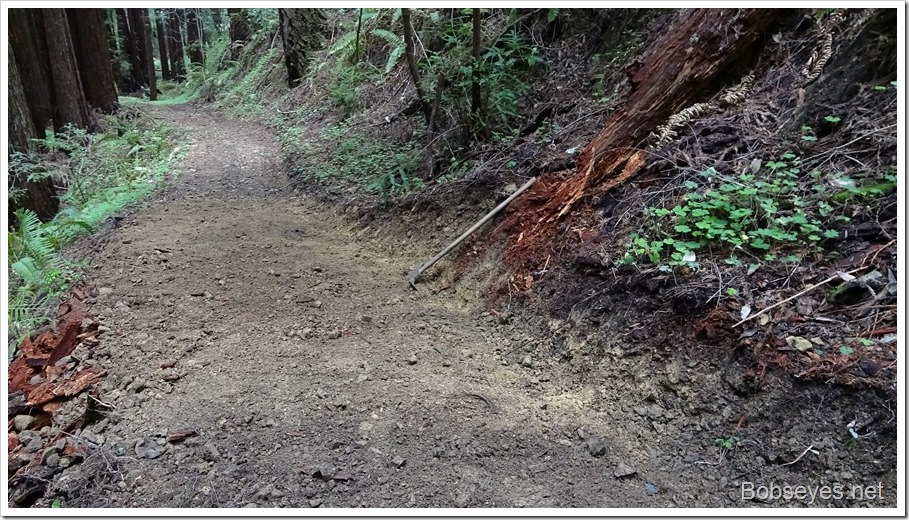 The trail looks much better now. 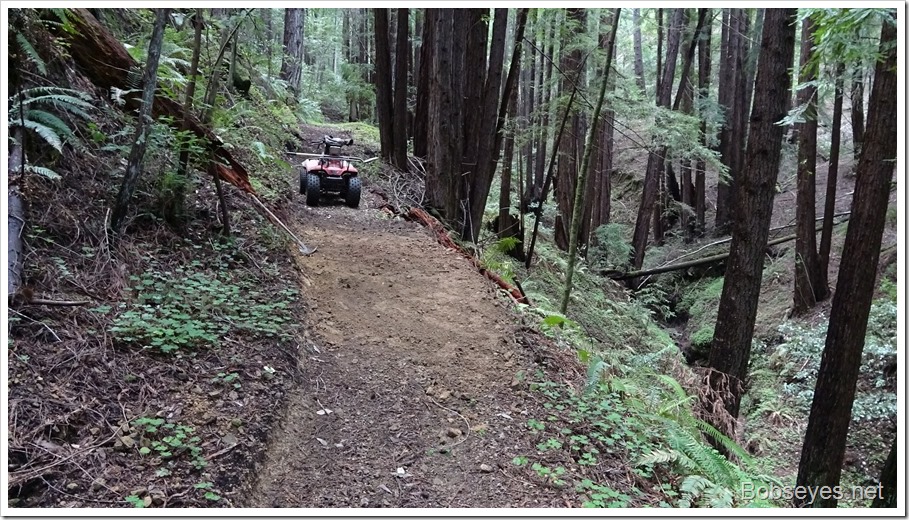 With the work done I went for a short walk up this trail. It’s like Fairyland with all the sorrel growing everywhere. 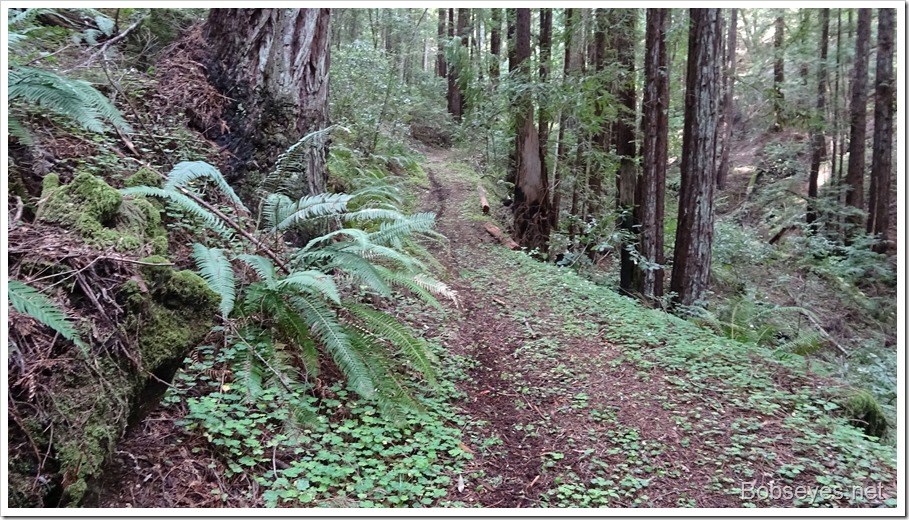 I continued on up this way through the big ferns. 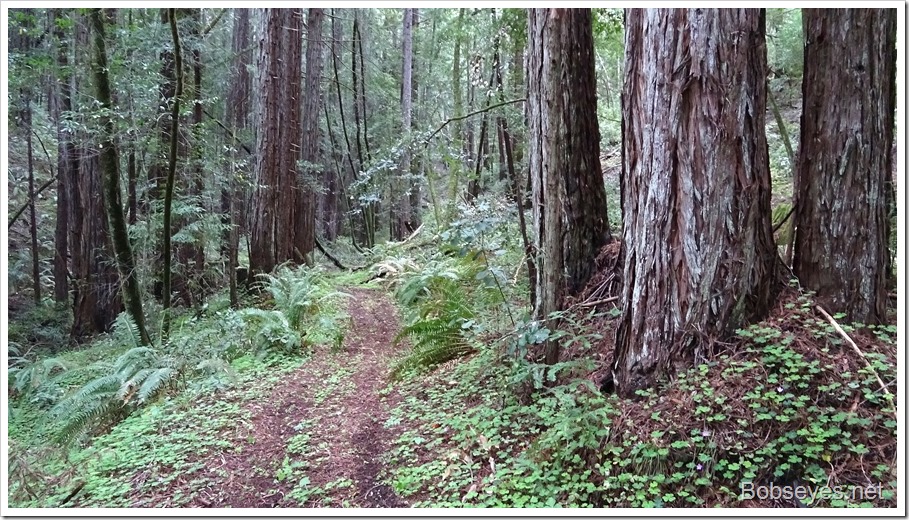 Here’s some of the sorrel also known as sour grass as that’s what it tastes like. 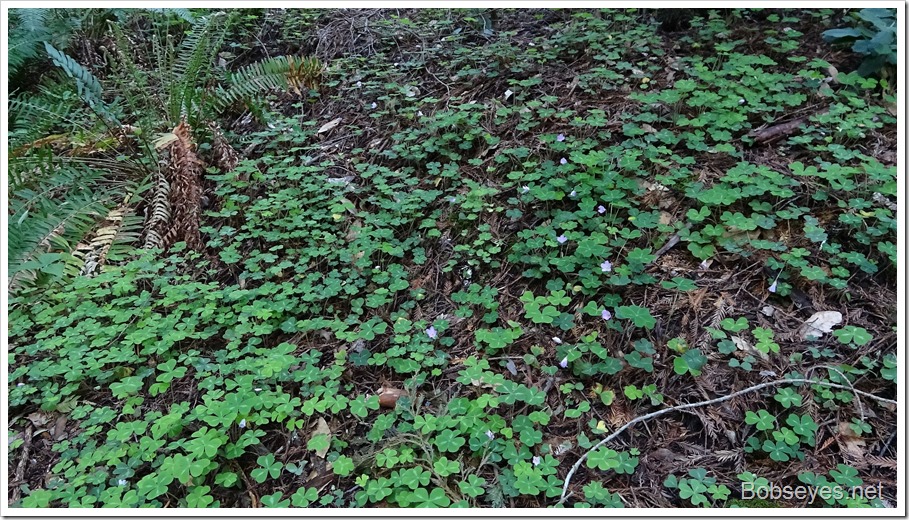 Lots of big ferns as I walked along and then back to the quad runner. 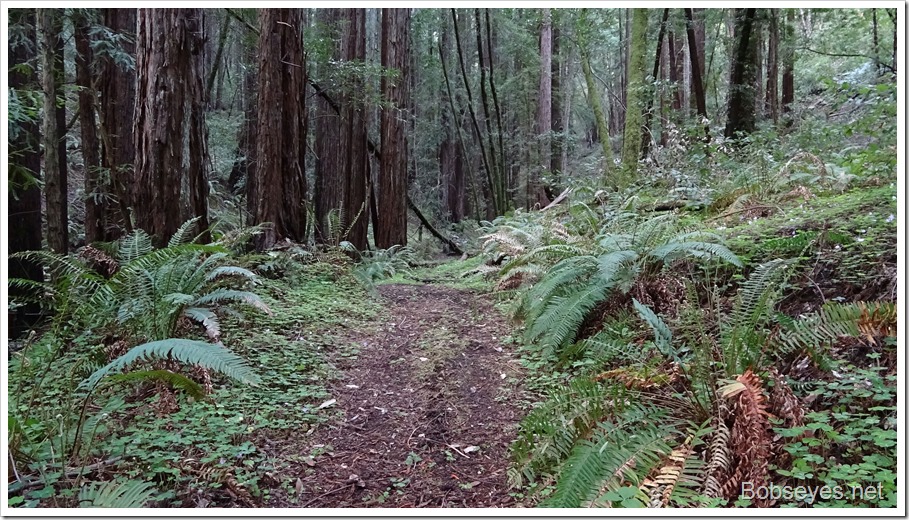 On the way down I stopped to move these sticks off the trail. There’s always sticks falling from the trees in a forest. 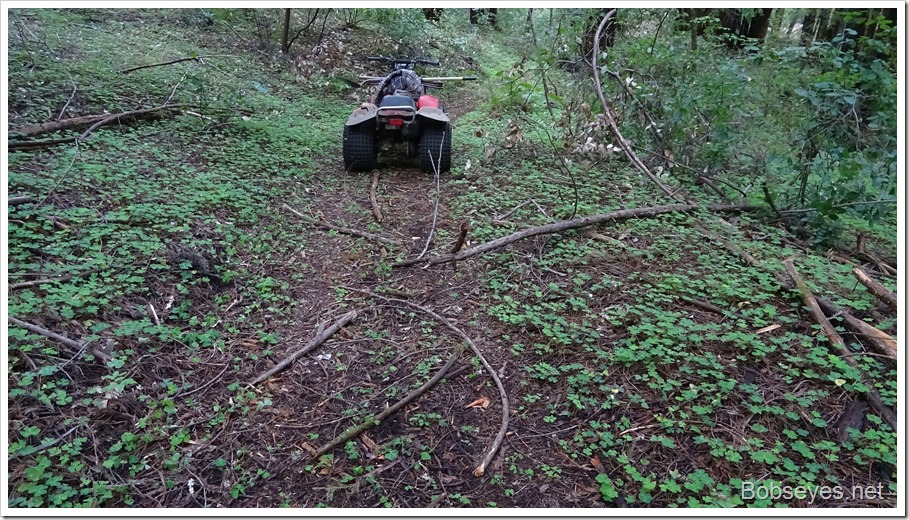 Barb wants to know if I had a reason for waking up a sleeping rattle snake.

As a matter of fact I had at least two good reasons for waking up that snake.

One, as an explorer I am curious of stuff and two I wanted a good picture of a rattling rattlesnake.

As for number one I’ve been around rattlesnakes most of my life. The ones around here are very active and will coil and rattle in an instant and when they crawl away they move fast.

But so far, the ones I’ve seen in the desert  don’t seem to  like to rattle and usually move away slowly instead of coiling up for the rattle.

I wanted to see what this one would do. It didn’t coil to rattle although it was already coiled up. Instead it uncoiled and moved away slowly only using it’s rattle a little.

It’s good to know how snakes react so you know what to expect and how to deal with them without getting into trouble.

I have a hen sitting on a bunch of eggs in the egg laying nests that needs to be put into a nesting box to hatch out some chicks as the egg laying boxes don’t’ give her much privacy from the other hens and they cause trouble. 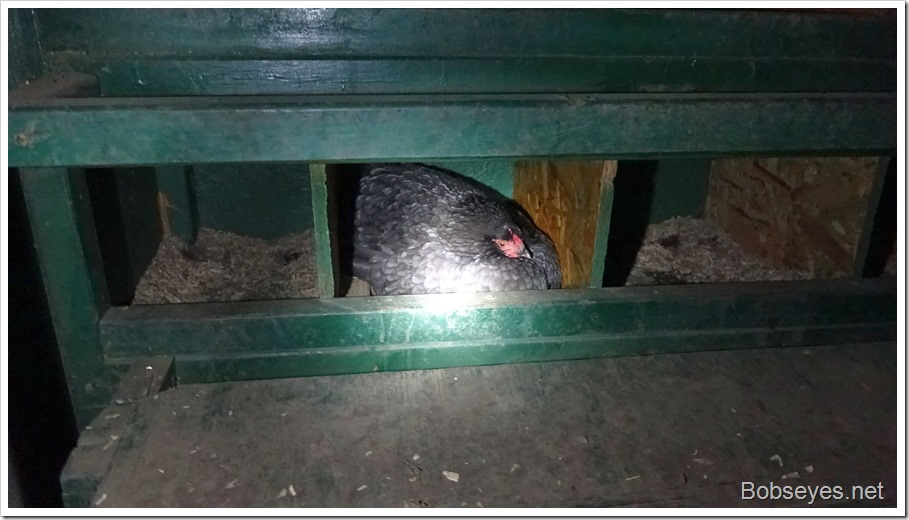 I got the eggs and her moved without any trouble so now she can do her thing.

3 Responses to Radiator Repair, Trail Work, A Hike and a Nesting Chicken