Quads Fixed and Puttering Around the Yard

After taking care of the chickens and doing some sitting around the yard a bit I decided to see about fixing the quad runner’s starting problem. I got the tools out and something to lay on. 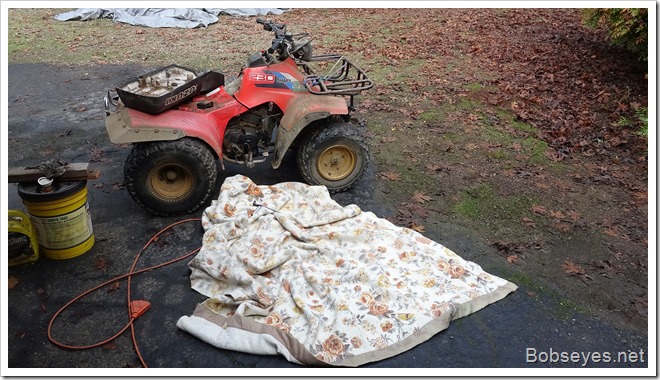 I decided to start by checking out the spark plug to see if it was worn or not. I removed the plug and checked out the gap. It wasn’t worn too bad but I made the gap a little bit closer just the same as it was a little worn. 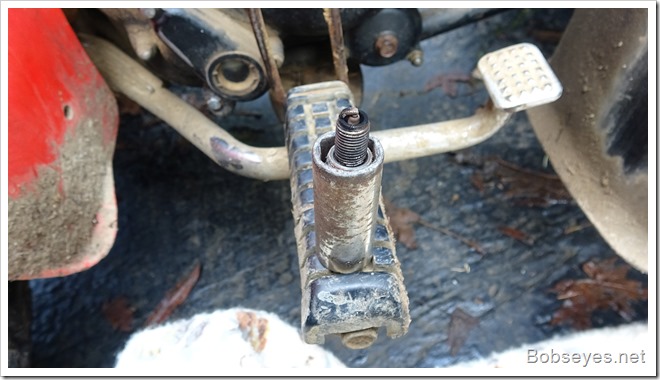 I have some more stuff to do on it but not now as I need to take it for a test drive to see how it’s working.

Mess to clean up

After some more chair hopping with the chickens I needed to clean up the old truck trailer where I’d been drying some prunes and plums during the summer. I was able to bag up quite a bit of the fruit during the summer, especially all the prunes which seemed to dry better than the plums.

But then I was interrupted with the big forest fire so I wasn’t able to take care of the rest of them and by now most of them had gone bad so I needed to clean out the trailer.

Old rotten plums in the trailer. 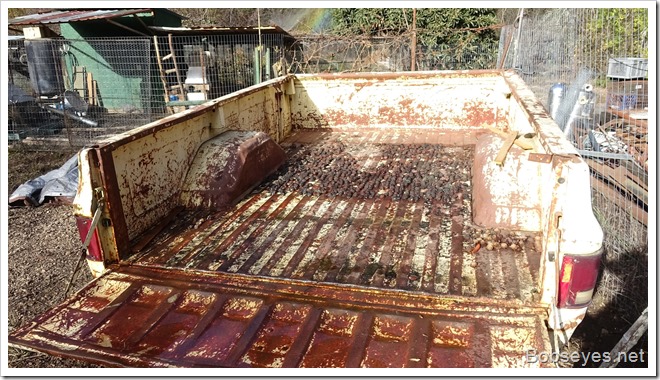 The old plums were pretty sticky so I got a hose out and used that to clean the trailer out which worked pretty good and wasn’t a lot of work. 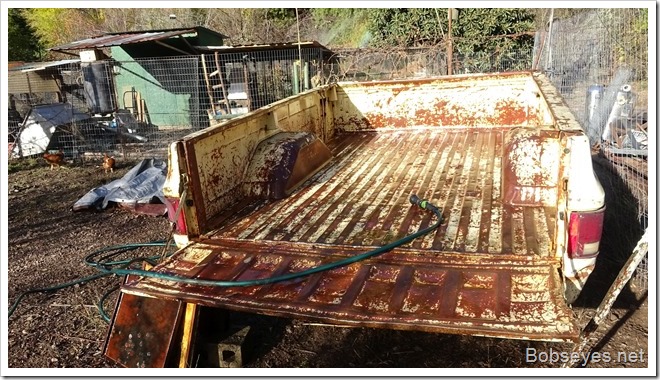 I’d had these two boards in the trailer too so had to hose them off too. For some reason the chickens don’t seem to like the dried plums too well but they’ll slowly consume them over time. 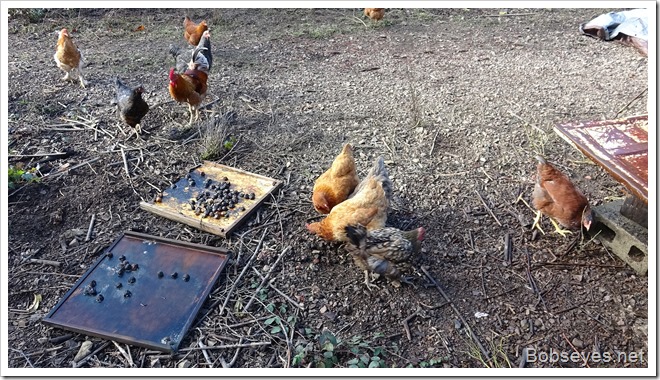 Cutting up the olive tree

After another break and some more chair hopping I got out the loppers and started cutting this olive tree up into pieces. I got this far before I was tired out and quit for now. The olives are real small and I don’t use them so if I take the tree out I can plant something else there. I’d cut the tree down a year ago but it’s growing back. 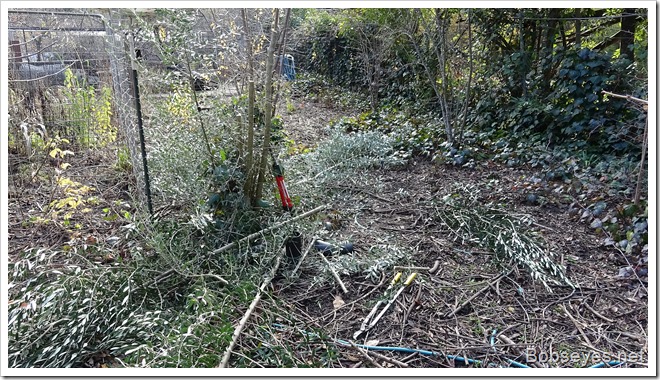 I used my liquid fertilizer setup to apply the fertilizer. 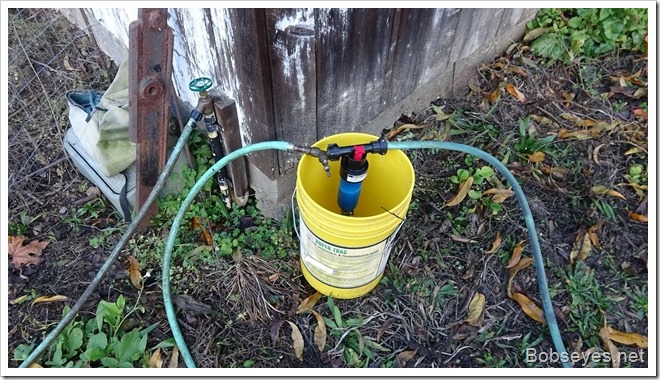 I used sprinklers to put out the fertilizer as it’s seems to be the easiest way to apply without a lot of fuss. This is the raspberry patch. 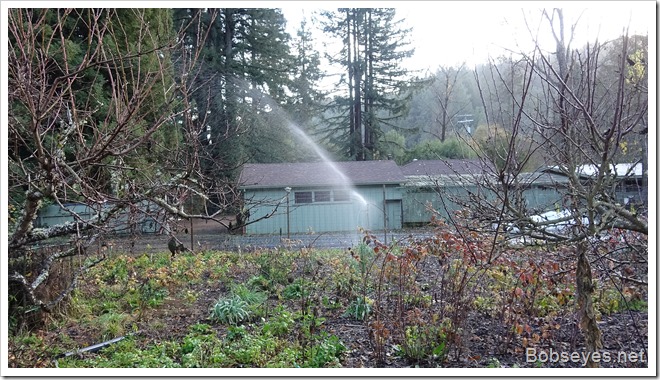 Back to the olive tree

Late in the day I was able to get some more work done on cutting up the olive tree. I did all I could with the loppers and the rest of the tree I’ll need to use the chainsaw. I left it here for now until I get the chainsaw out at some other time. 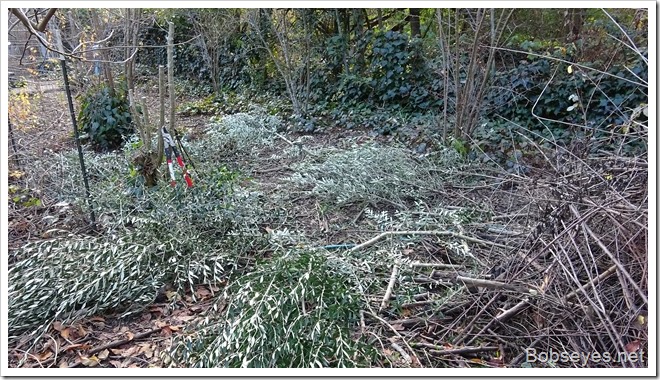 It got dark so I closed up the chickens and went in the house for the day.

So today was mostly a putter around the yard sort of day and I got some stuff done.

1 Response to Quads Fixed and Puttering Around the Yard