What to do about the old quad runner tires

After giving the air leak in the quad runner tire some thought I decided the best thing to do would be to replace the two back tires with new ones so I ordered those last night. 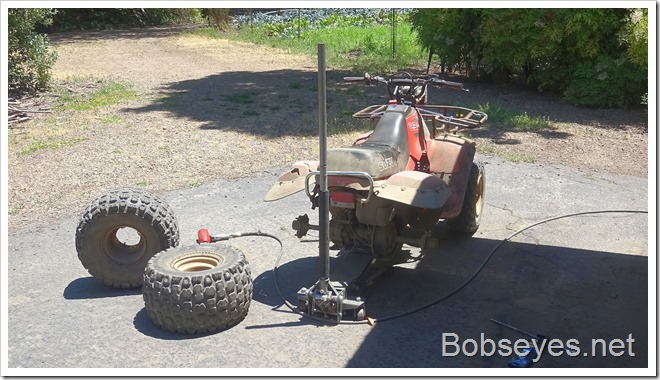 Once I had those tires off I hopped on the dirt bike and rode up into the forest where I was working on the old trail and worked on that for about three hours. I forgot my camera.

Anyway I think that should do it for the work on opening up the old trail for now.

Back home I was real tired out so a good nap was in order but I had a hard time settling down so after an hour or so I made a cup of coffee and that got me going.

I went out to let the chickens into the front yard to feed and then checked the roost. These hens were on the roost early which means they are well fed or they’d be out eating in the yard. 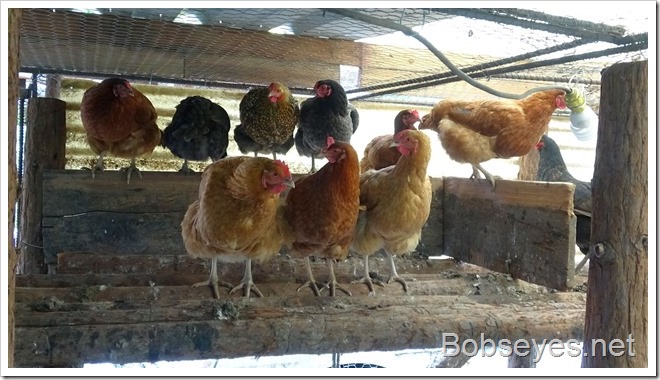 One of the little peeps going peep peep. 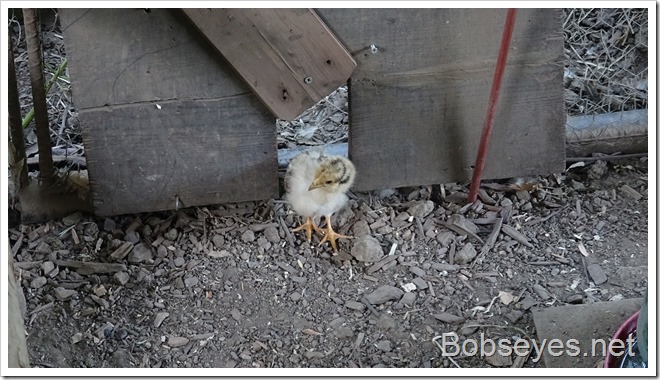 I did some stuff in the yard and later came back to check on the chickens as they were all on the roost now.

Here’s the boss rooster with all his hens around him. 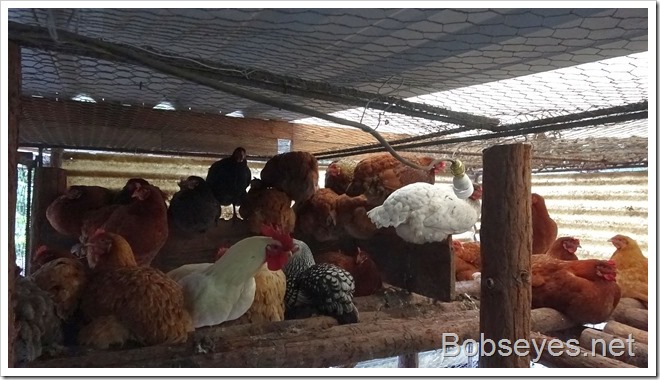 And this is the number 2 rooster with his hens all ready for the night. 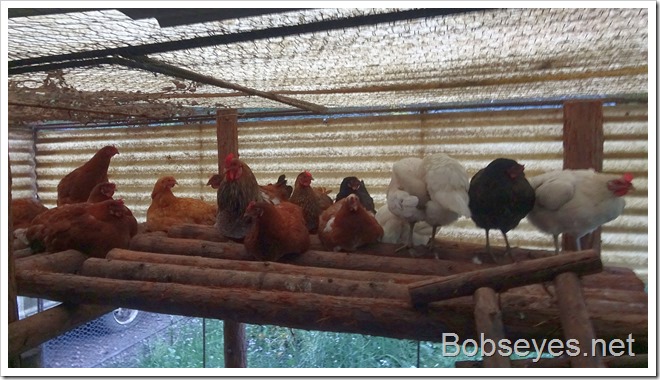 The chicks were in their box nest with their moms. 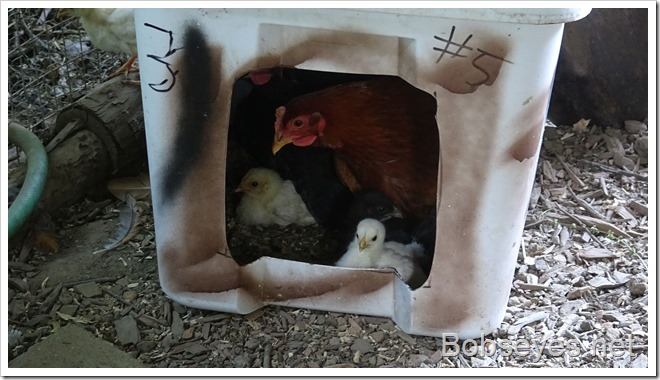 Two moms in that box, the black hen on the left stole the other hen’s chicks when they were born and added them to hers  so the hen on the right just moved in with the black hen. 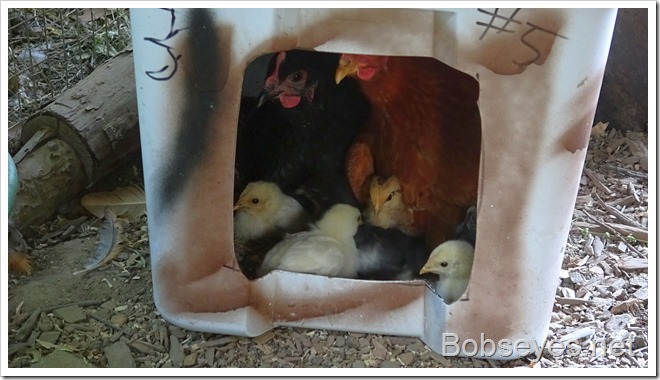 I think I’ll use the drive the car up the ramp way to break the tires off the rims. I set things up to check it out but it can wait until tomorrow. 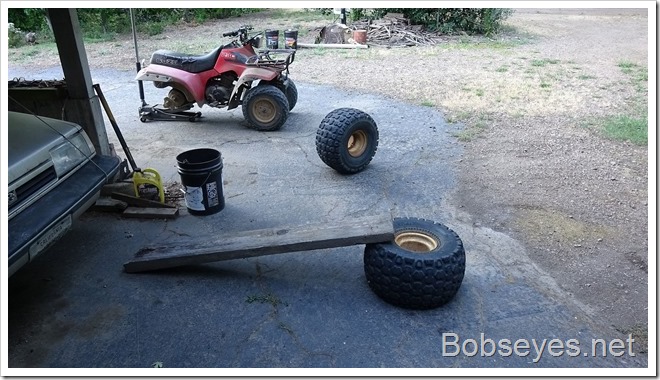 I did some more work on the old well sediment removal just before dark. I’m getting lots of muddy water but very little sand now. 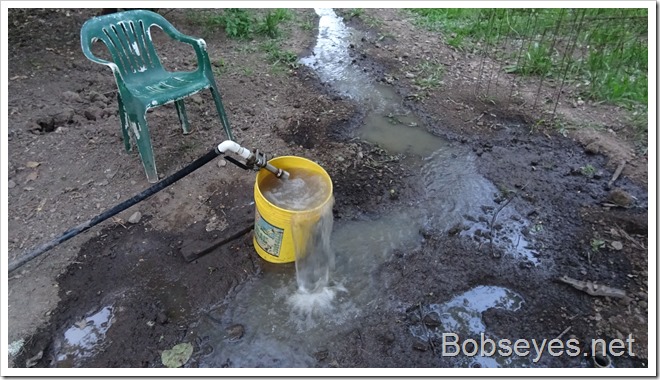 My old quad looks incomplete without it’s back tires and the old crack in the left fender looks not so good but the quad works pretty good for being over 30 years old. 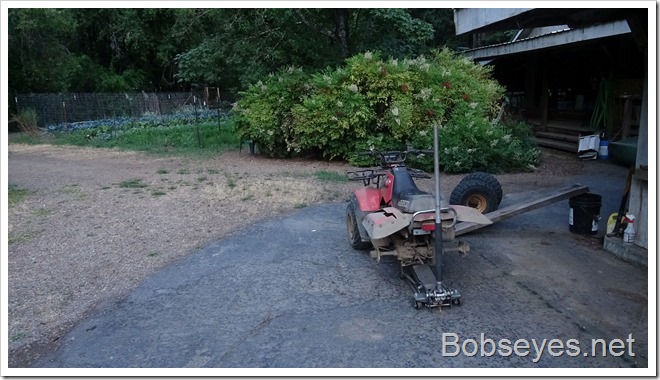