PVC pipe repair with a coupler

I went to Guerneville today to get a PVC pipe coupler to repair the pipe I cracked with the weed eater the other day.

I bought two of them so I’d have an extra one.

Grease is the trick

The trick to using these to make the job easier is to coat the plastic threads and rubbers with petroleum jelly. Doing this makes the whole job a lot easier as the parts go together easier and things seal up quickly.

Here I’m coating one of the coupler’s parts with the greasy stuff. 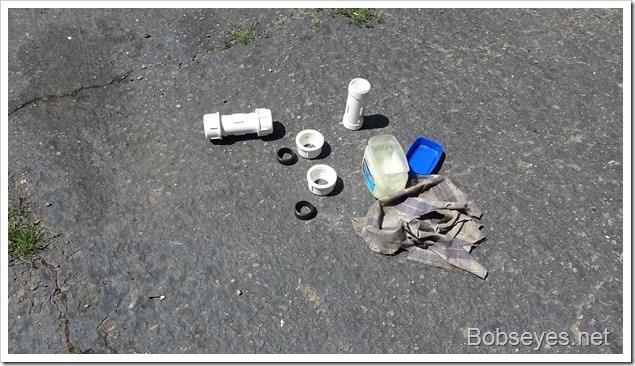 I got some tools setup to do the job. 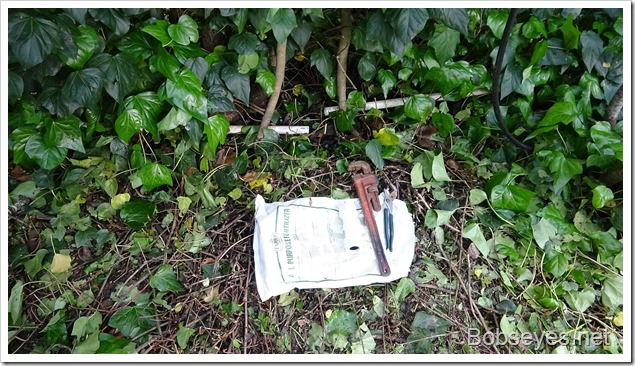 Because the parts are greased the parts pretty  much tighten up by hand with just a little wrench help just to be sure. I tested the fix and no leaks so that was good. the grease is the trick. 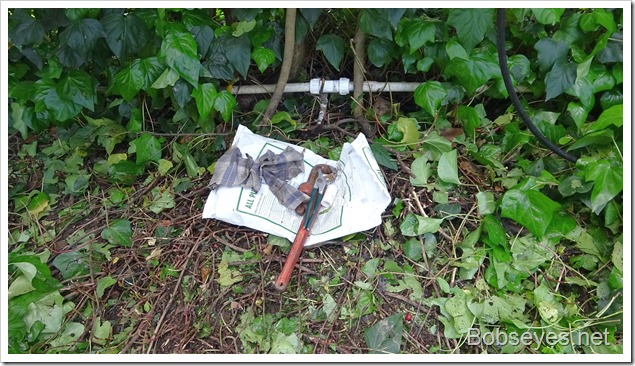 The chickens had buried this valve box and it was hard to find so I got a shovel and moved it higher in the ground so it won’t get covered up so easily. 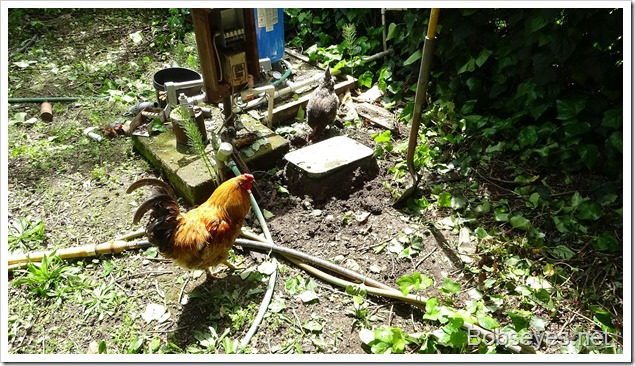 There were some clouds going over but no rain yet,  just mostly sun today. I think some more rain is coming sometime tomorrow. 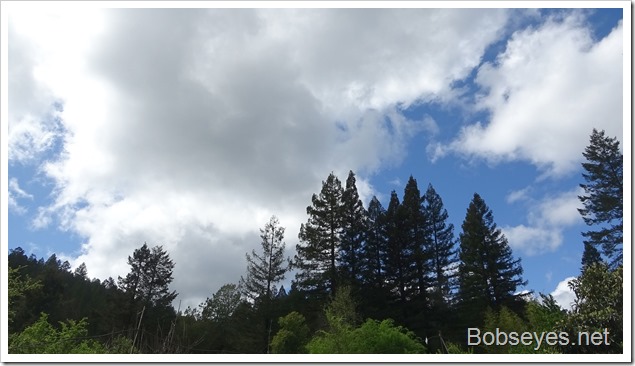 After a break I got the weed eater machine out to do this patch as it was getting over grown. 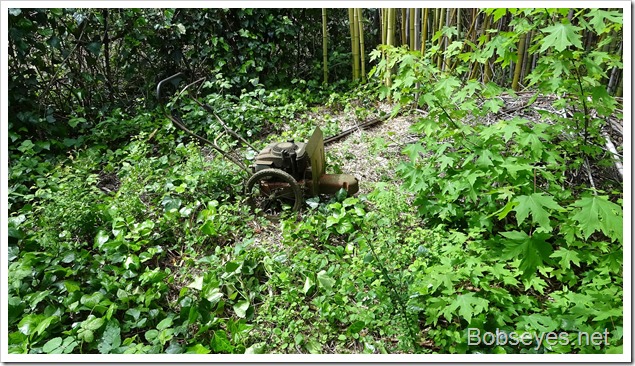 That all cleaned up in about a half hour or so. 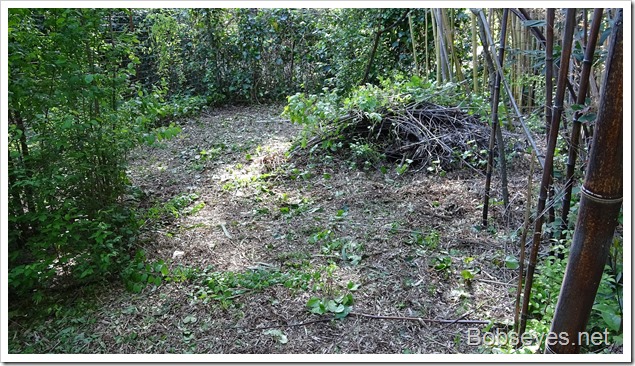 I chair hopped around the yard until  my brother Tom came home from shopping as I needed a ride over to my broken down quad runner and a tow back to my house to see why the gas was leaking and repair it.

We rode over to one of my brother’s gardens where he checked on his chickens. He’s been having a bad problem with a bobcat getting into his chicken pens and killing a lot of his chickens. Things seemed ok today so maybe he’s figured out how to keep the cat out of his pens. 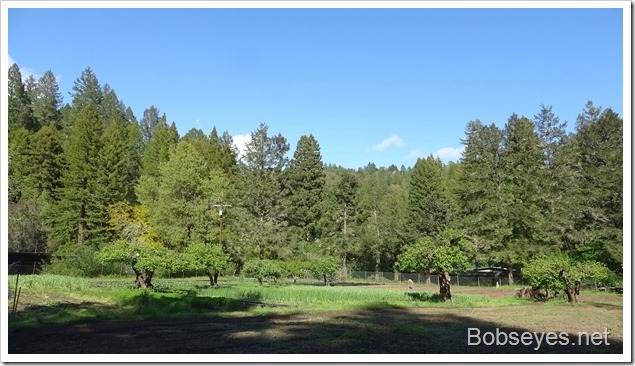 I’d brought a rope over to hook up the quad runner for towing back to my house so that’s what we did. 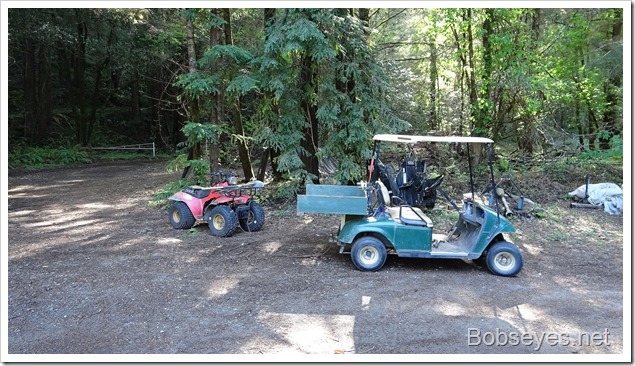 I wasn’t feeling like working on the quad runner so I had a nap instead.

Eventually I got the tools out and took the quad runner apart to find out what was the matter that gas was running out the bottom of it. 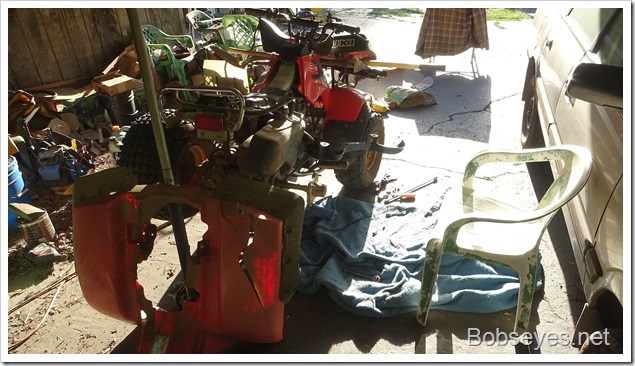 I had to get into the valve and gas pump area to find the problem. 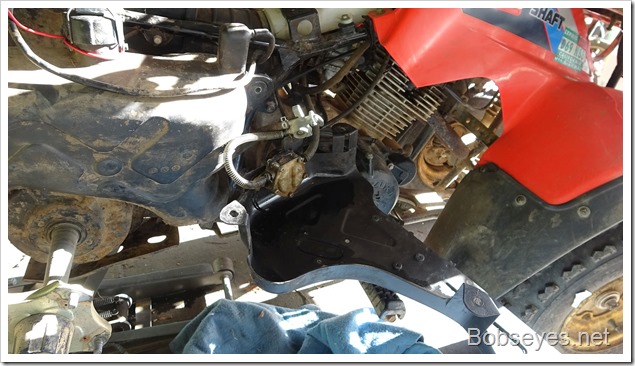 It looked like a stick had hit the pipe bending the spring that protected the gas line at the gas pump and poking a hole in the rubber tube at that point. 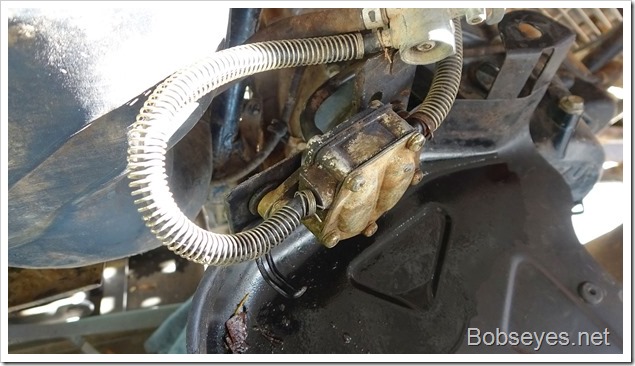 I was able to cut off the end of the rubber tube and put it back together and the day was about done.