My cell phone’s battery was over heating and causing the phone to shut down so I looked for a battery and there were non to be had for this model.

After considering for a bit I decided to go to Amazon and get a new one as dealing with the battery wasn’t worth it even if I found one. I was able to find one for about a hundred  bucks so I ordered it.

I wasn’t too much into hooking up wires today but there were some other things I could do and I needed to figure out where some more of the wires on the engine where supposed to go.

I started off by taking the engine covers off and I was thinking it’d be good to put a coat of paint over where all the soot from the fire which I did get around to doing. 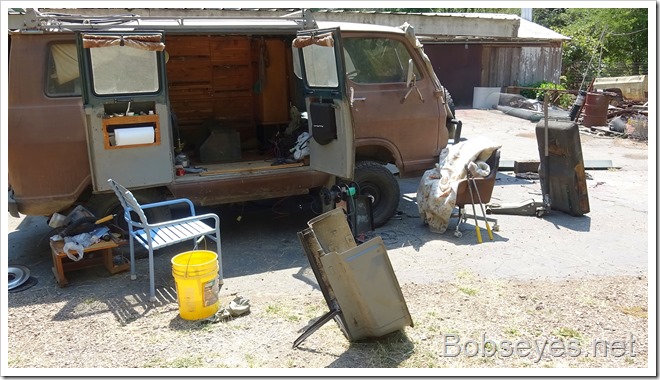 Here’s what the engine looks like now. With the covers off I was able to hook up the temperature gauge which was down under there and hard to get to before on the left side. 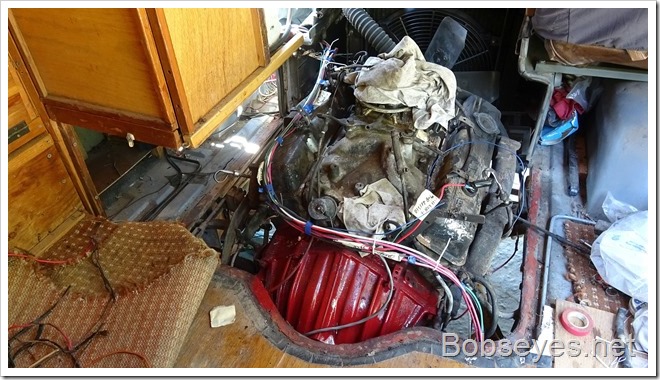 I had another fan switch the turns the electric fans on and I wanted to replace the old one with the wrench on it. 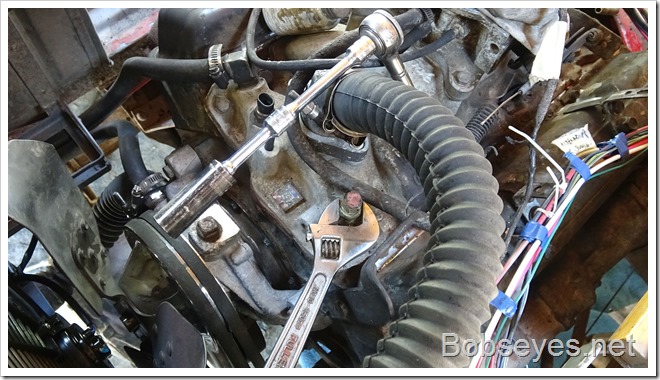 Here’s the old and the new temperature switch and I got the new one installed. 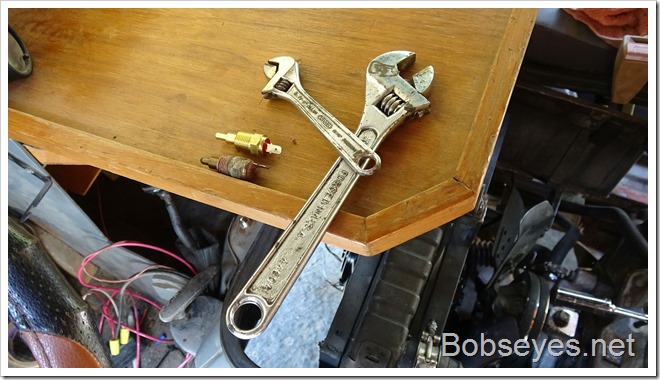 I noticed my newer chicks were a little further out and about today, further away from their pen. 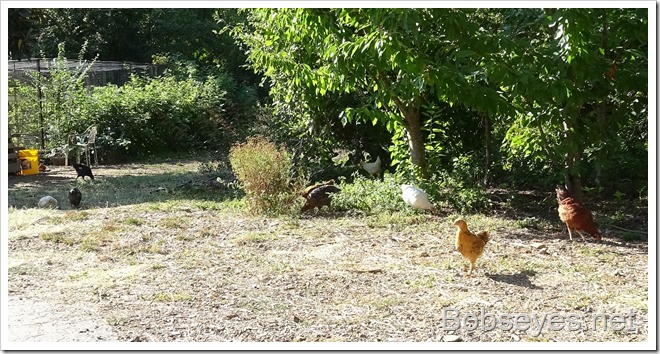 Yep, I couldn’t figure out what the voltage gauge makers name was so I could go look up how it was wired. They had a logo on the gauge but I just couldn’t make out what it said, so I into the house and online and looked for one that looked like it but no go. After much looking around I got out my magnifying glasses and had another look at the gauge. It was still hard to tell what he logo said but I finally figured out it said Max Tow so I was finally able to go to there web site and find out how it was wired and then I went back out to the van and studied how it was wired into the van so I can hook it up soon.

Then I fixed a couple water hose leaks and of course a bunch of chair hopping thinking about things I need to do on the van and how to do them.

I also started looking for my historic pictures of this area on my computer and I looked on and off all day for them but I never did find them. I’m hoping to find them on my laptop, otherwise my history of this place won’t have any pictures.

The chicks are getting braver

And later in the day when I let the hens in the chicks were moving even further out. 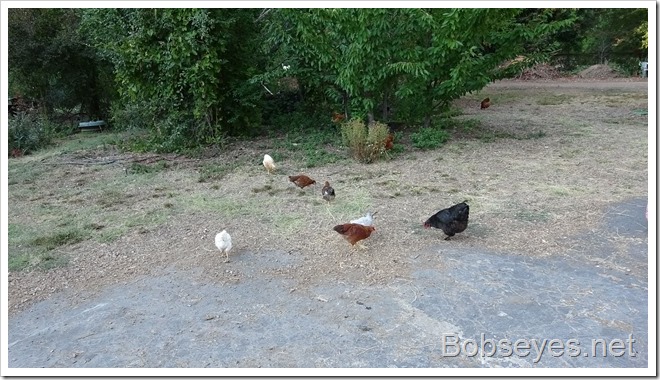 Here’s the engine covers  I painted earlier. I’m low on my paint supplies so have to use what I have. 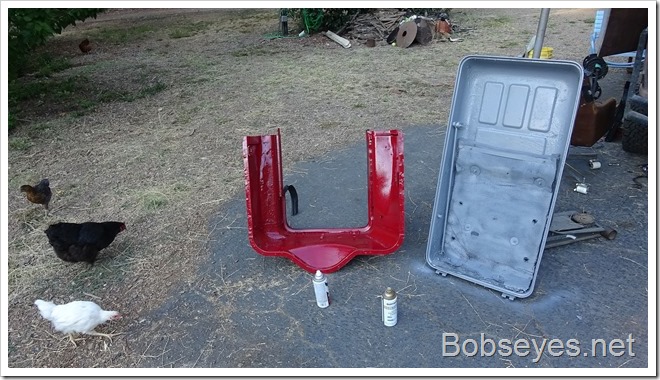 (Visited 152 times, 1 visits today)
This entry was posted in Uncategorized and tagged chickens, working on the fire repairs. Bookmark the permalink.