One strike was all

I heard a lightening strike this morning early while I was still in bed. Just one sound of thunder and that was it.

When I got it going it was overcast but no rain.

I went outside to feed and water the chickens.

Here they are greeting me as I’m the food guy. 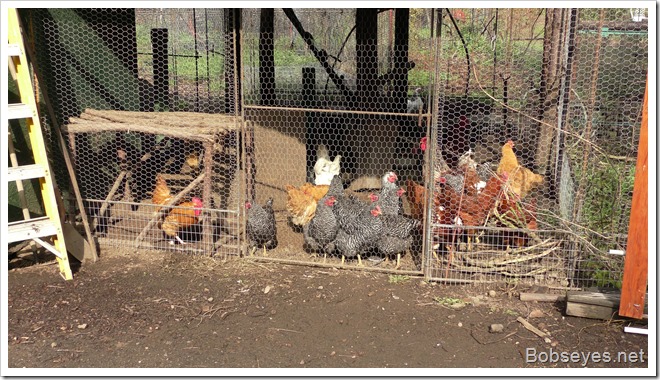 Worked on the nesting box

Here’s the nesting box and egg storage. They enter the nests from the right. This picture was taken with the camera I have set up in the pen and hooked to my computer. I can set the camera to monitor who goes in the nest and take a picture. 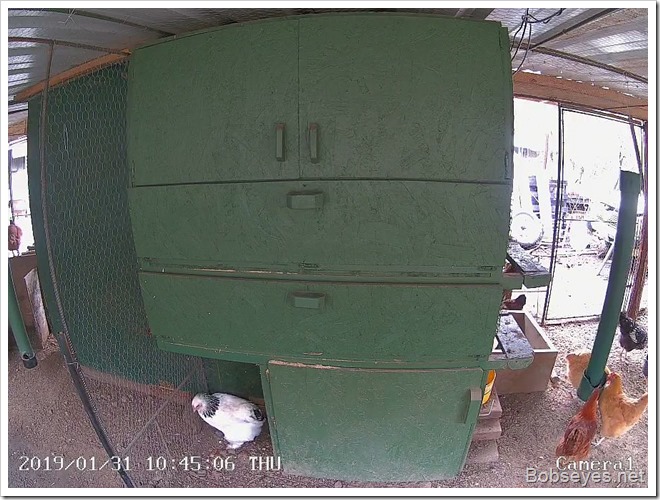 After that I went out and dug a trail through here which was just moving some dirt to get through the area. 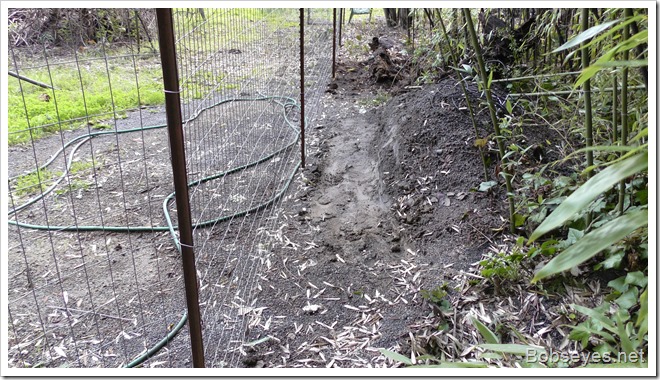 I noticed the daffodils are starting to bloom so spring is on the way. 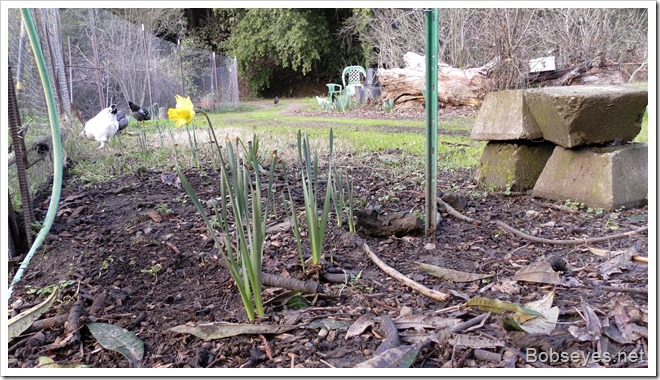 I let the chickens out into the yard to graze.

Here they are running out into the field to graze as they are always eager to get out there, they run and do short hops flying. 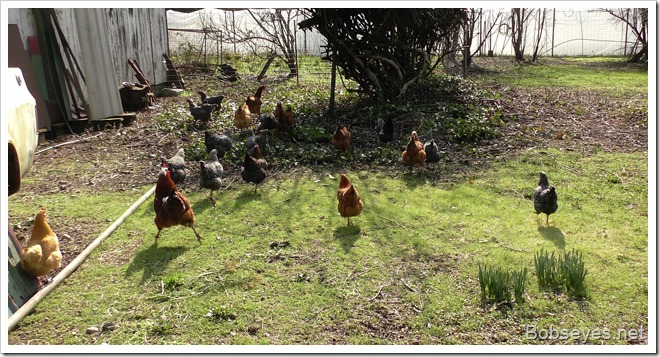 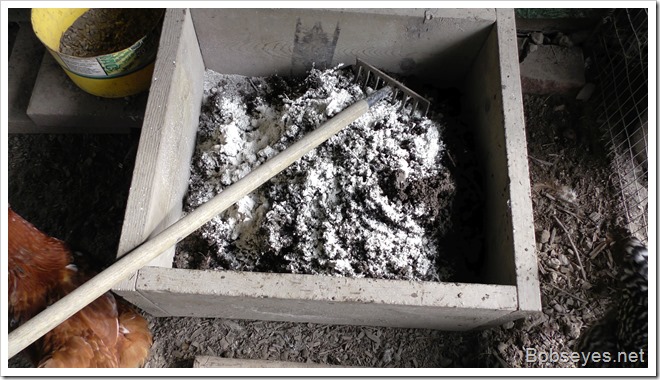 It amazes me just how much of this dust they can get up into their feathers. When they come out of the box they can be a dust cloud every time they move. A lot of the dust blows away in the breeze as they dust so the dirt has to be added every so often.

In the comments section Patsy wanted to see some of the camera pictures from the remote camera in the pen.

Here’s he camera setup. It’s called a PTZ camera which means it can pan, tilt and zoom controlled from my computer and it can take pictures and videos when it detects motion and records them on my computer for later viewing. I can also hear them and even talk back through the camera if I want. 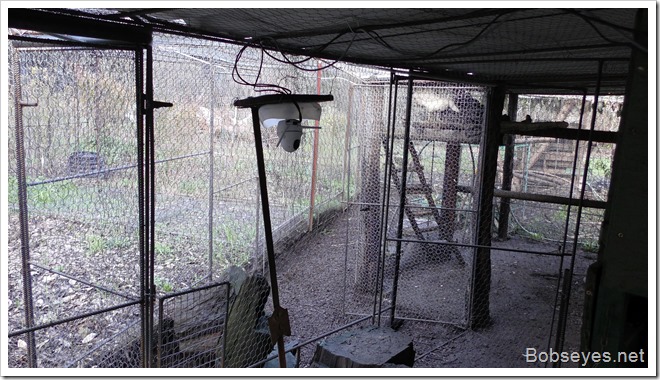 This is a day time picture from the camera showing half of the pen. 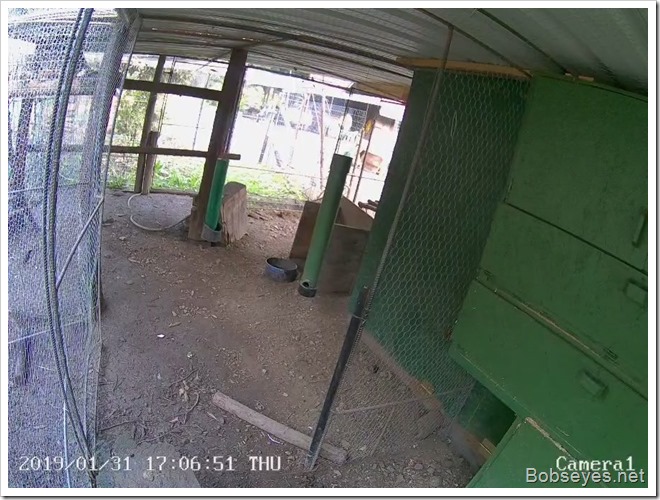 At night the camera switches to infrared which is black and white.

Here’s a picture of that showing the other half of the pen with some chickens up in the roost. 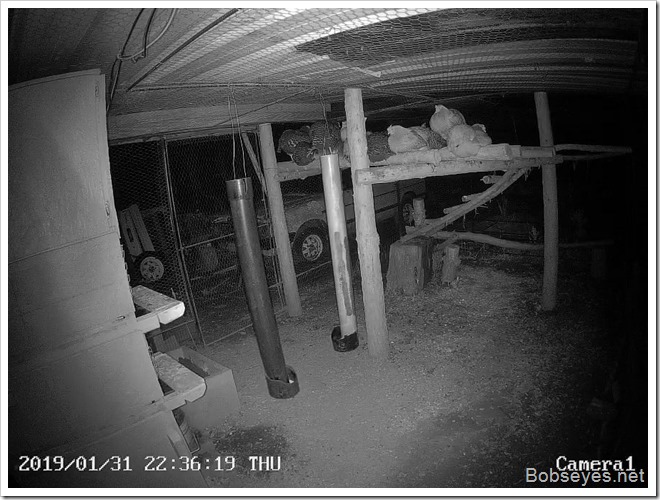 The rats can’t get into the pen as they are too big, but they try.

But he mice can pretty much go where they want. 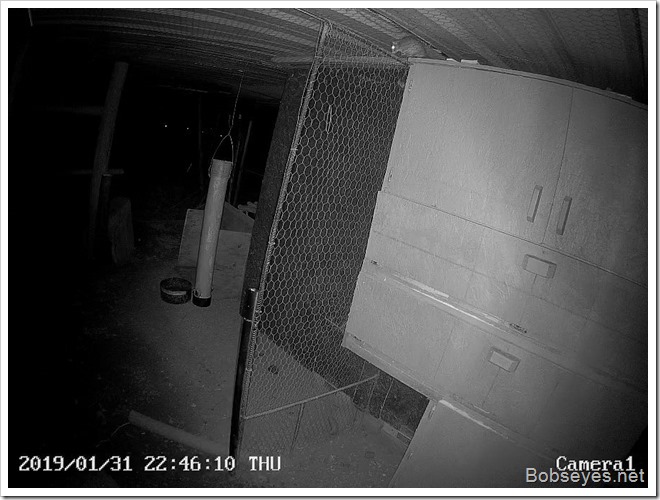 Mostly a puttering around day

It was a puttering around type of day where I did a bunch of little things and sat around a lot in my chairs watching the chickens interact with each other.