Puttering Around the Yard While Waiting For the New Generator Delivery

I fed my chickens and let them out for the day.

Then I rode on over to where  my brother’s chickens were and fed them and collected the eggs. 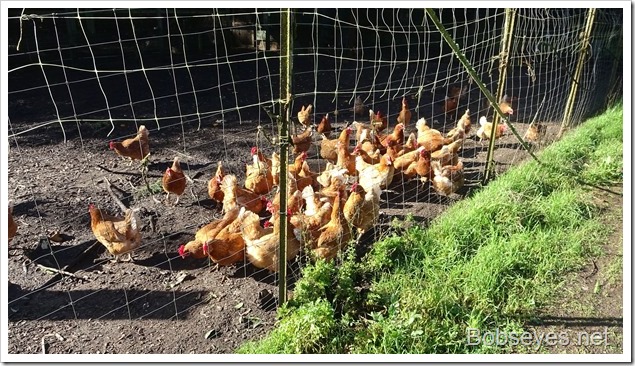 Once back home, I checked the game cam to see how the rats were doing with the new rat bait. There were three rats that came by to feed on the new bait last night so at least they like it. 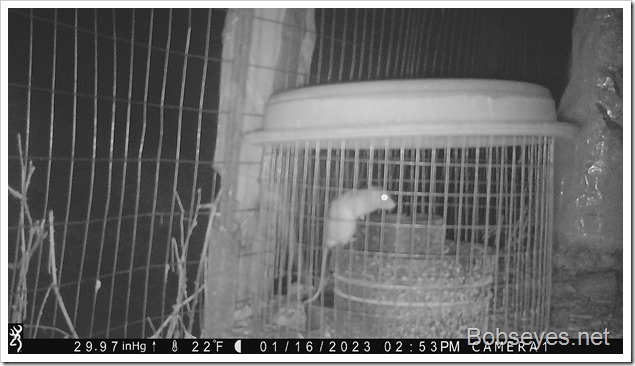 Then I got the wheelbarrow and shovel out and loaded it up with dirt a few times and dumped it in a place that needed some dirt. 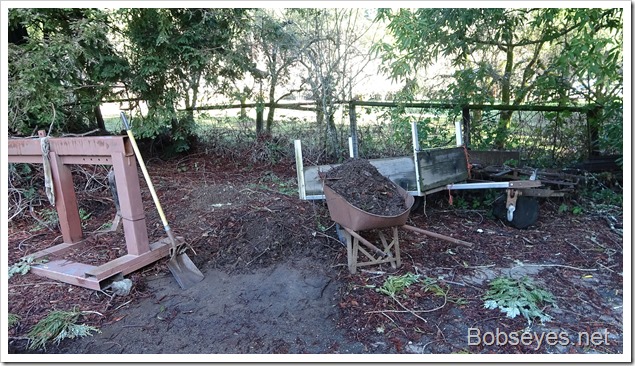 I’d forgotten to remove the battery charger from the dozer, earlier, when I was over to feed my brother’s chickens, so I jumped on his machine and rode on over to disconnect the charger and bring it home. 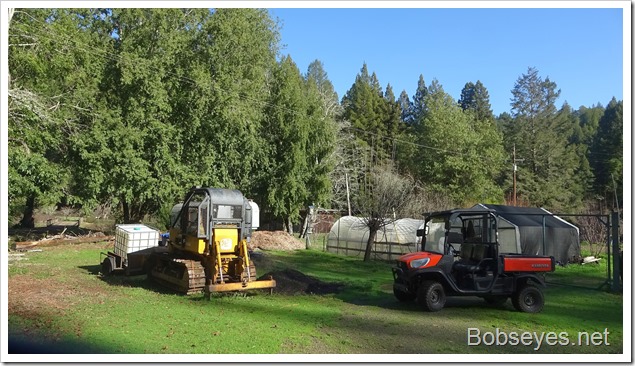 Big stick in the creek

On the way back to my house I stopped to see if I could remove this big redwood piece from the creek as it might make a big dam that would cause things to wash out during a big storm. 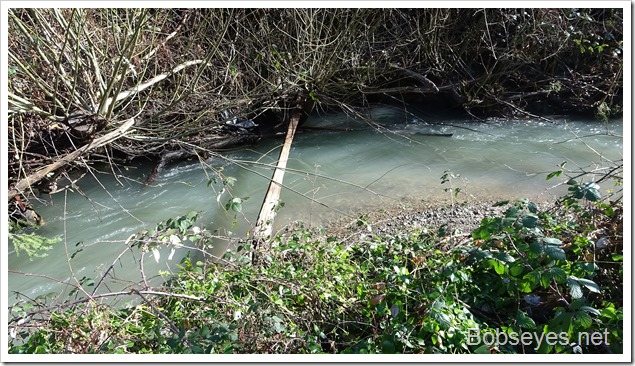 I was able to remove it and put it here as maybe I could use it somewhere later. 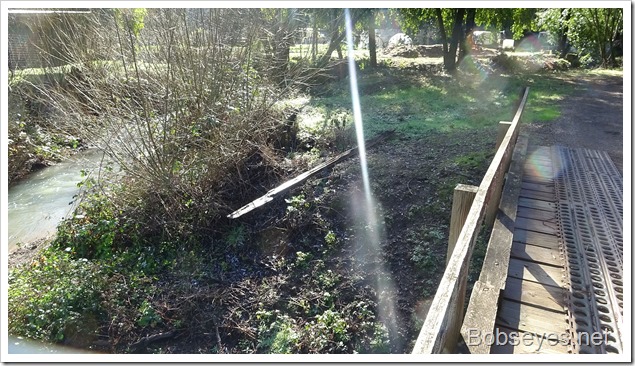 I looked up the creek from there and could see this other big redwood limb that also needed to be removed before it causes trouble. But the water was a bit deep so I decided to wait for the water to go down a bit and will try to get it out before it rains again. 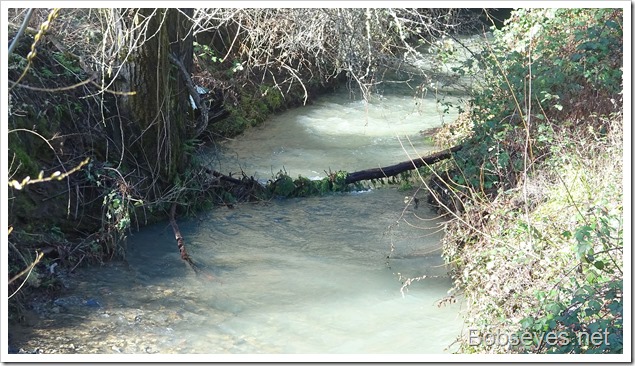 Once back home I put the charger on the van’s extra battery to charge it up, after disconnecting the solar panels. The van is in my carport so doesn’t get any sun to charge the battery. 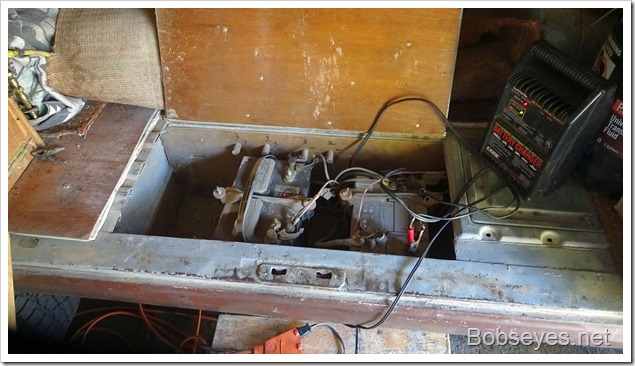 Loose metal under the old bridge

I saw this piece of metal sheet earlier and thought I should check it out as it had come unfastened during the recent rain storm and needed to be screwed back down as it was flapping in the water. 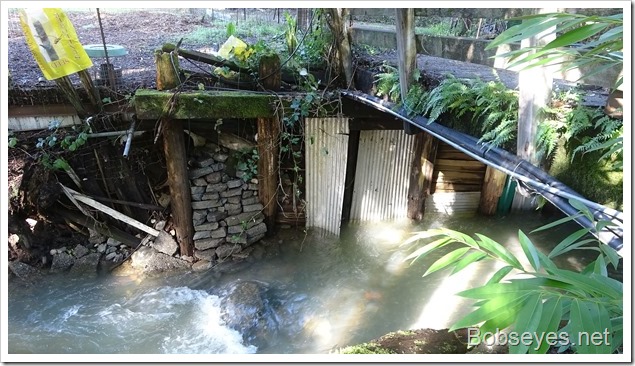 I went under the bridge to have a look and see what could be done about it. Too much water right now, so I’ll have to wait and hope the water goes down a bit before the next rain storm, to get it fixed. 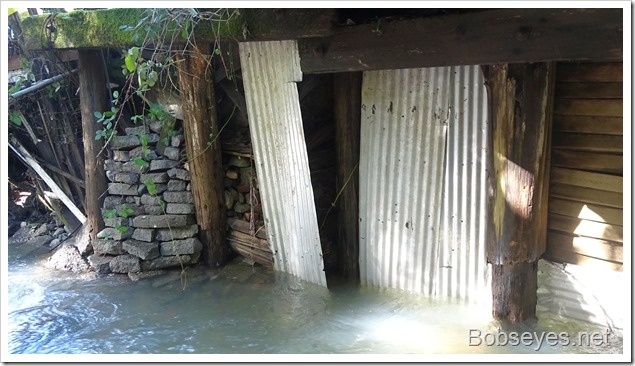 After that, I moved some more dirt to this spot. 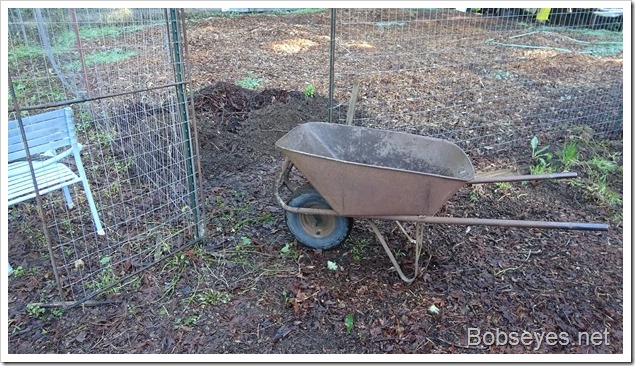 And then, I sat down for a break. The sky looked like this. The sun was out and warmed up the day. 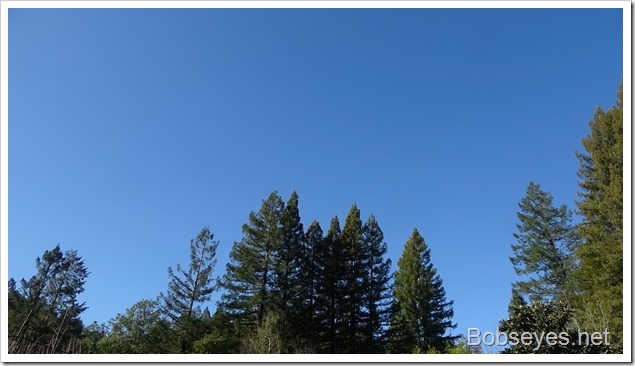 While I was sitting there taking a break I heard the big truck next door at my brother’s place which meant the new generator we ordered was being delivered, so I got up to go take delivery of it. This one is larger than our older ones and also has electric start, which will hopefully save our backs as starting the older ones has been real hard on our backs. 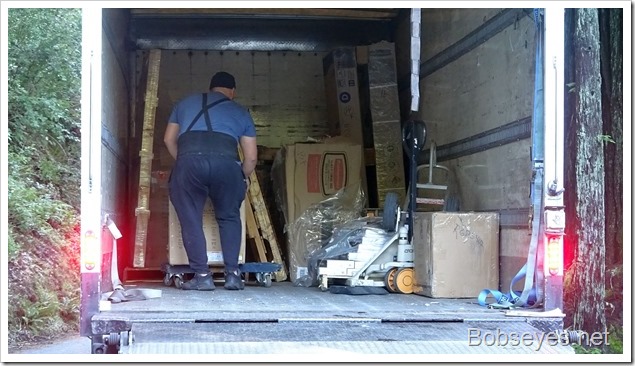 Once the guy got it off the truck, I signed for it and took it over to my place with a hand cart.

I got the box open and had a look at the parts for it. I was surprised to find it had extra tools in it that came with a more expensive generator than we had ordered. It appears they shipped us the model that came with more stuff and also could be run on propane as well as gas. The model we ordered cost around 800 bucks and this one was the same size but cost 1,000 bucks. Since my brother ordered it and wasn’t around, I assume they just upgraded us for some reason at the same price. I’ll have to check with my brother on that later. 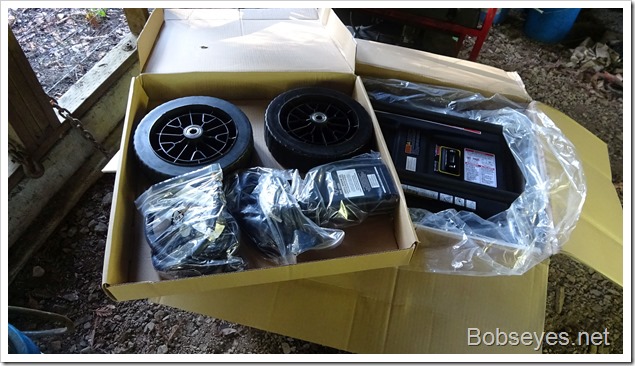 I put the wheels on and realized this one had different connection sockets than our old ones, so I went online to see what adapters I might need to get this one hooked up to our house and still be able to use an old generator for backup. That took most of the rest of the afternoon to figure that out as I had to do some learning about the different types and amp sizes of electrical plugs to get the right stuff. I will check out what I need again tonight, to be sure I get the right stuff and get the stuff ordered up.