Puttering Around the Yard and Working On the Toyota’s Brakes

Sun was out nice

The sun was still behind the redwood trees when I went outside this morning. I was going to work on my Toyota’s brakes but it was too cold and damp in the carport where the Toyota was parked so I needed to do something else for awhile until the sun came out and warmed things up a bit.

More roof on the pens

During the rain the other day I realized I needed to put some more roof on the chicken pen as it’s just getting too muddy in the pen when it rains and I’m tracking all the mud in the house as I’m in and out all day.

So I  cut some boards to extend the roof and put them up and the rest can wait as I need to work on the brakes. 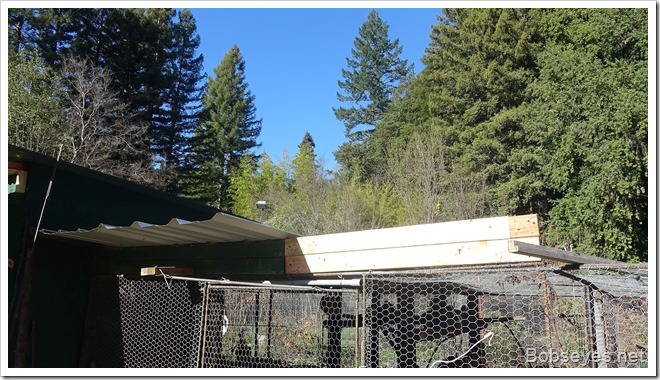 I got all the tools and materials together to work on the brakes and started working on them putting the new front shoes on and then started bleeding the brakes. 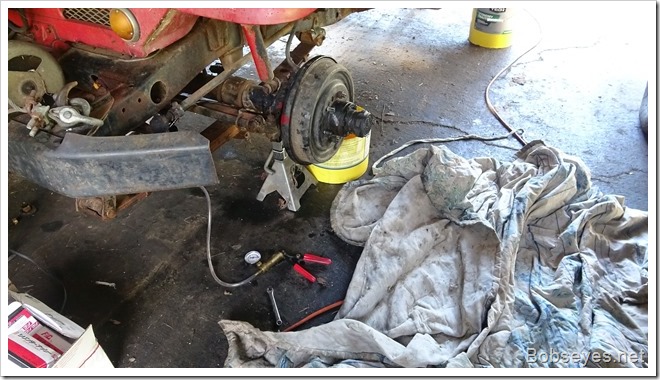 I was doing ok on the brake bleeding  but soon messed up by letting the brake fluid get too low in the master cylinder and getting air in the lines which meant I would have to start over on the bleeding which also meant I’d likely not have enough brake fluid to complete the job now.

I did what I could bleeding the brakes until I ran out of fluid before I got them all bled so I had to stop on that but I was at least happy to get that far on the brakes.

Cutting the pile down

After a break or two I got the chainsaw out and cut into this pile of wood some more to collapse it so I can plant some stuff in it this year. I think it’s about as down as I can get it now so it’ll have to work as it is. 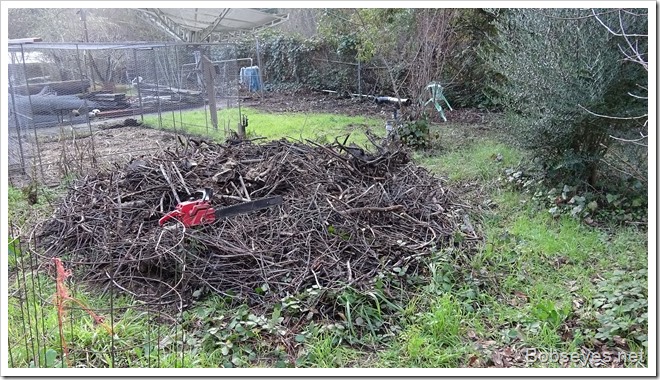 I was noticing some daffodils coming up in one of my grow panels so I thought I should dig them out as I don’t believe chickens would like to eat them and I wanted to plant them somewhere else. 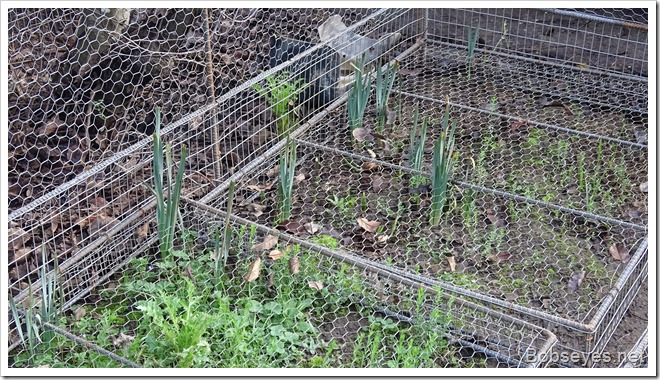 I dug up the bulbs and planted some milo seeds in there which I hope will grow eventually when spring gets here.

Here’s the bulbs I dug up ready to plant. 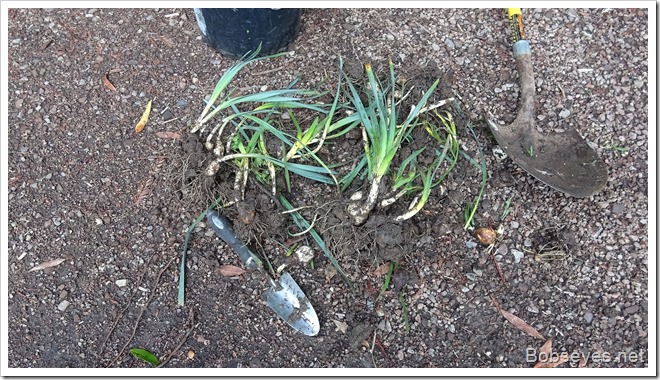 I planted the bulbs along this fence along the driveway which should look nice when they bloom. 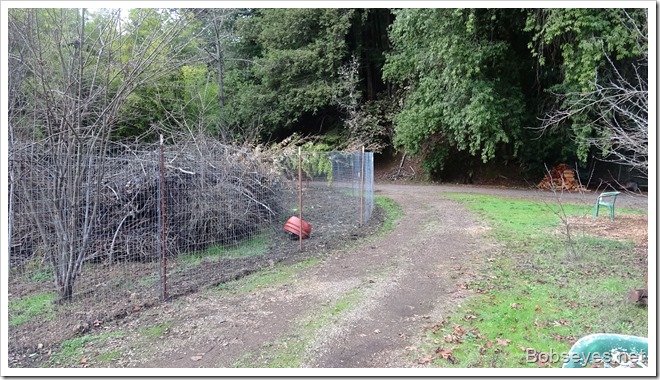 I noticed these other daffs coming up along the driveway so spring isn’t too far off as daffodils are one of the first things to bloom every year. 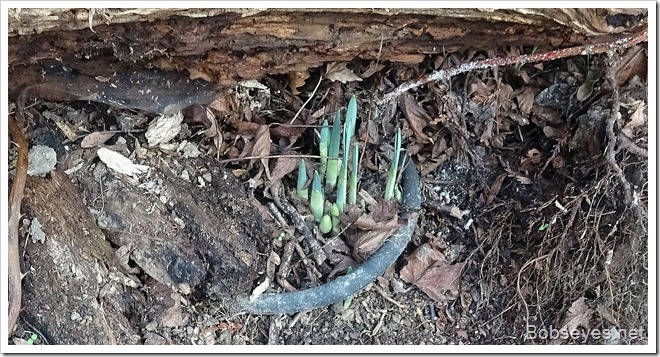 I let the chickens out to graze and noticed these two roosters facing off. The one on the right challenged the one on the left which is Carmelo the rooster I’m planning to keep. Carmelo stood his ground but eventually turned and walked off. 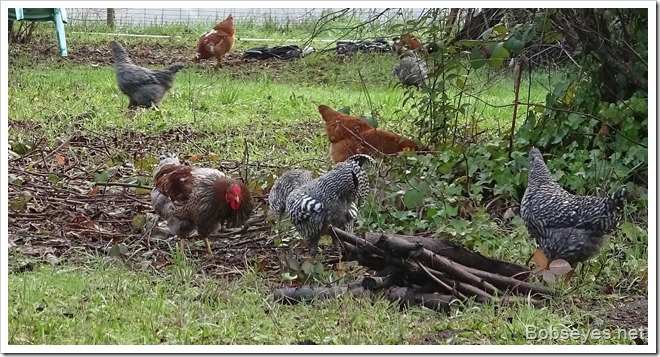 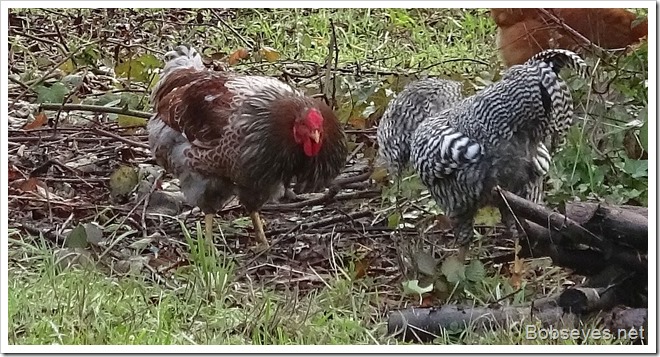 While the chickens where out grazing I decided to dig up these red hot pokers as they are in the way of my vegetable garden and need to be dug up and replanted. 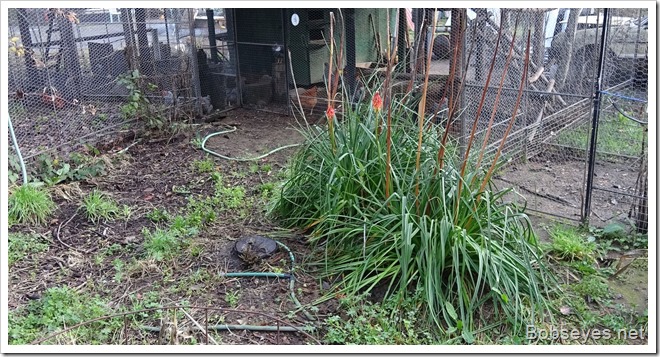 I dug them up and now they are ready to replant along the driveway when I get time.  Things were a bit muddy. 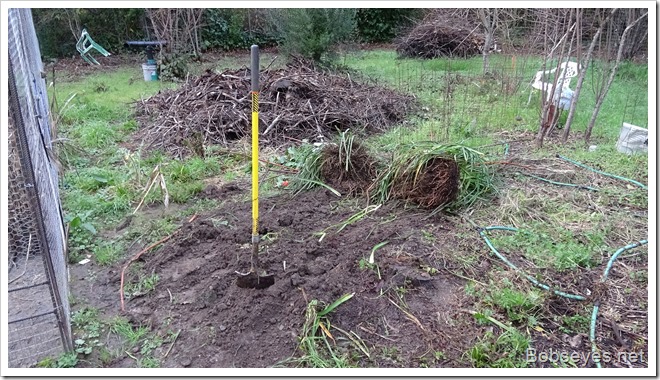 As it started to get dark the chickens all came back in to their roost so I shut them up for the night and it was time for me to go in for the day.

Nice day with the sun out and all, almost like summer.