Puttering and Dirt Biking and Working On Water Springs

I puttered around the yard this morning doing little things like chair hopping and enjoying the sun.

Looking for a park guy

Later in the day I drove on up to the state park next to me and looked for some workers as I wanted an email address I didn’t have but I figured they did.

I stopped here at the picnic grounds as I saw a guy walking away from a car and the park is closed so he had to be someone with the state. 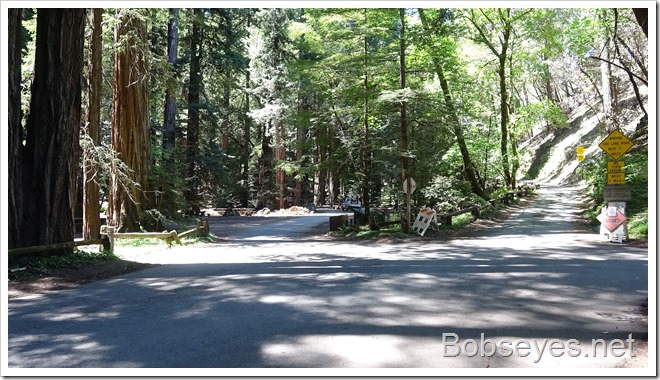 It turned out he was working for the person who I needed the email address but he didn’t have it with him so we decided I’d give him mine to give to her. Of course we shot the bull for a bit before I left for home.

After some more chair hopping I made up my mind to go for a dirt bike ride up in the hills after I worked on cleaning up some of the brush I cut yesterday which I had to drag to the brush pile. I still have more of that brush to deal with but I made a good dent in it.

I was thinking there might be some mushrooms out on the ridge so I rode up to here and parked to check the ridge top out for mushrooms. 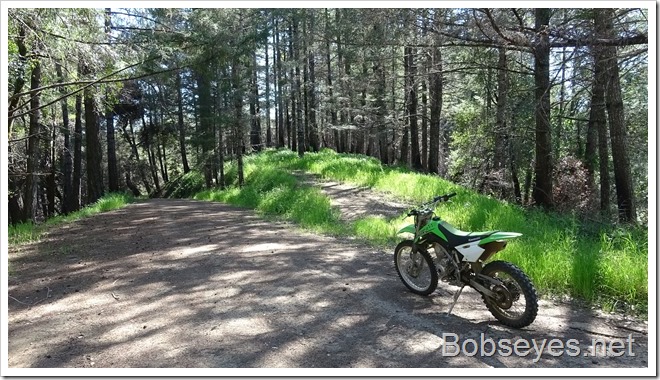 This ridge got walked all around but no mushrooms were to be found. 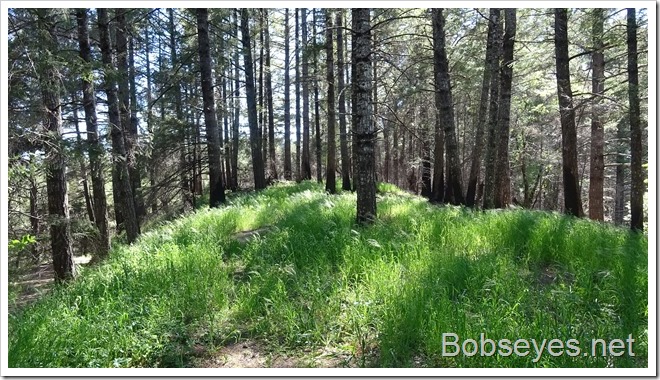 Checking out an old trail

Back  on the dirt bike and riding down the road I stopped and checked  out this trail which I believe is a real old one, maybe the first good trail into this area from the old days. It’s not used any more but is in the state park. 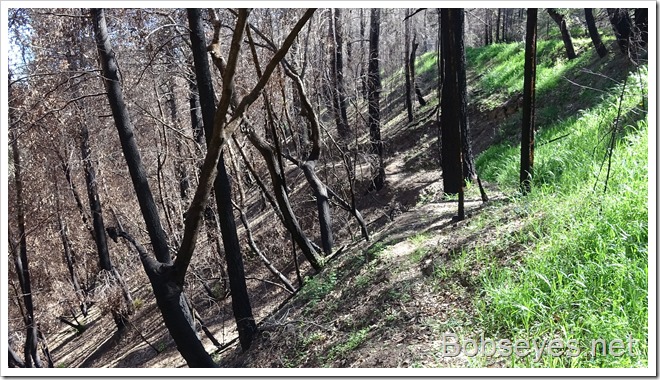 I followed the trail leading down the hill but it wasn’t steep and not real wide. It was easy to walk and that’s the kind of trails a horse type animal needs. 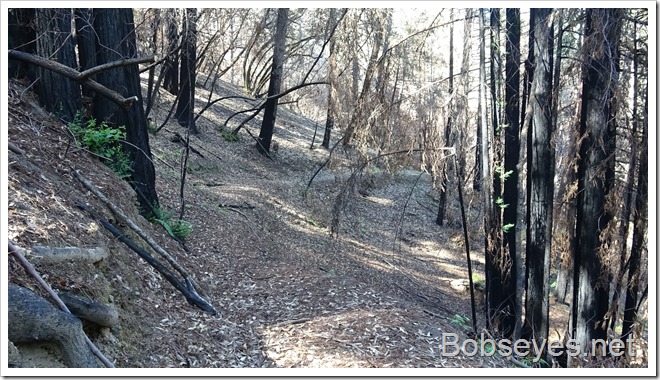 The forest fire burned through here and the fire guys were here. The trail went right through where they cut so I keep following it. 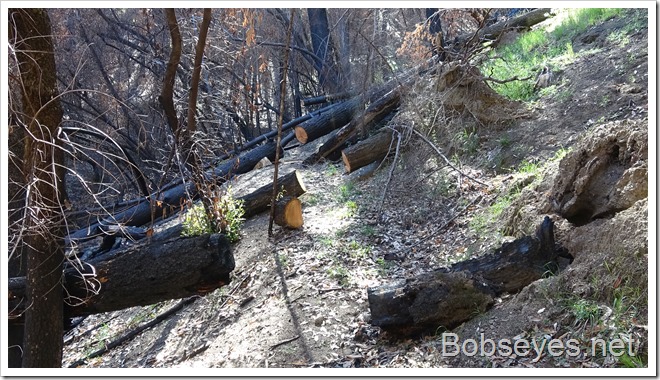 Because the trail wasn’t steep and the hills were, the trail switched back as it went down the hill. I only went this far about half way as with all the switch backs it would be a long way down the hill and I had to walk back up it to the dirt bike. It’s it a good thing it wasn’t steep. 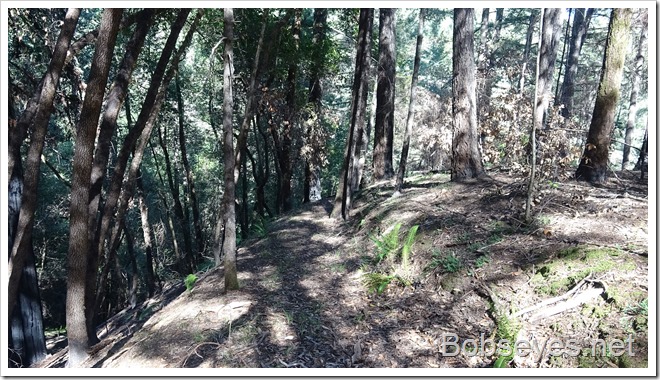 Back on the dirt bike

I made it back to the main road and rode down through here and around a bunch of other roads too. 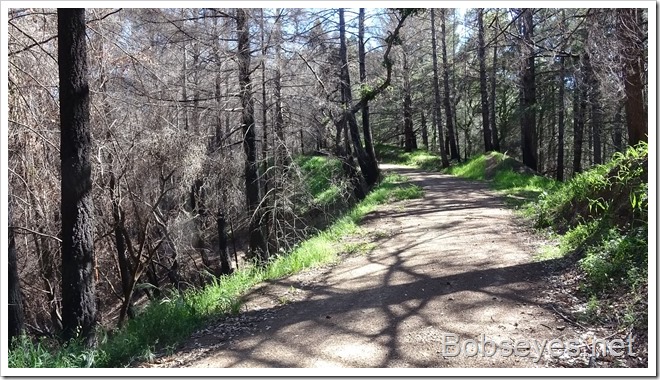 The wild turkey hen crossed the road in front of me in one spot. I stopped long enough to get a shot of it and rode on. 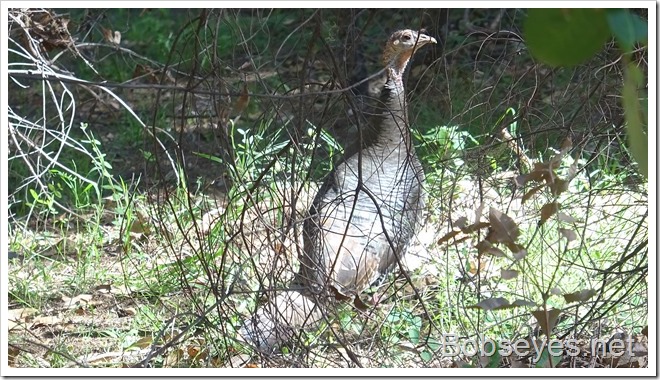 Working on water springs and mud in the eye

Towards the end of my ride I checked on some springs that my brother uses for his garden. They haven’t had much maintenance for quite some time and I found this pipe completely plugged up but full of water as it was heavy and should be light as the water free falls down the hill to a water tank. I found a stick and was shoving it into the end into some mud to unplug it. It wasn’t working so I got a longer stick and was working on it when it let lose and squirted mud all over me getting me in the face. The water really poured out of there for about ten minutes but then settled down to a dribble. I hooked the pipe back up and checked a couple more springs before heading home. 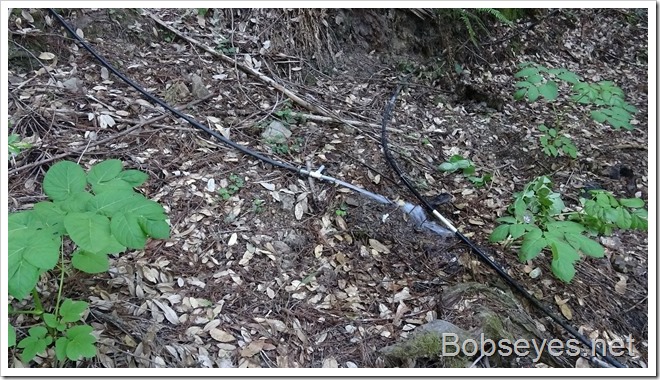 Even though I got muddy it was only mud and I had a nice ride.