Puttered Around In the Yard and Watched My Brother Load Woodchips

I saw a car pull into my driveway this morning as I was cooking todays meal around noon.

I was boiling up some stuff so I turned it down and went out to see who it was.

It turned out to be Kenny who had come by for a visit so we put a couple chairs out in the sun and shot the bull for a bit. I took a break and  went in and took what I had boiling off the stove to cool and went back out to continue our session.

Eventually I told Kenny I  had to go in and get today’s eating done so he took off and I went in and ate.

When I went back outside I went by this box of onions that was spouting so thought maybe I had better plant them and see if I could make some new onions. 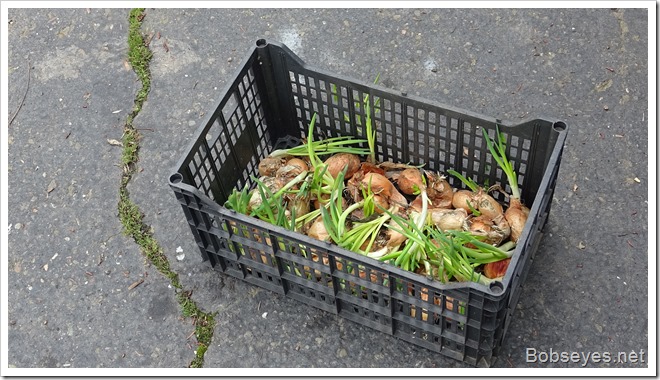 I needed a load of mulch for the onions so I got the wheelbarrow out and filled it up with mulch and dirt. 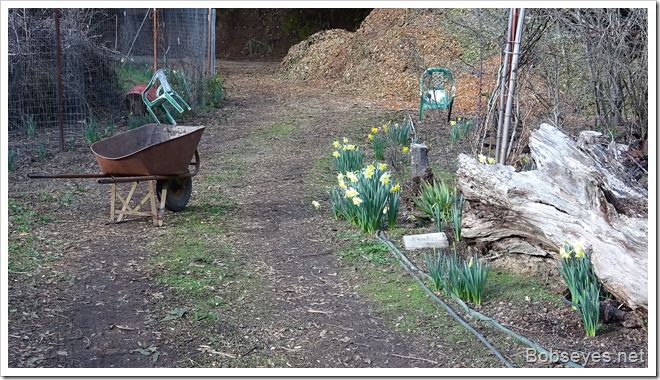 The hard part is putting the onions where the chickens wouldn’t dig them up so this garden spot will have to do so I dumped the loaded wheelbarrow here and spread things out a bit. 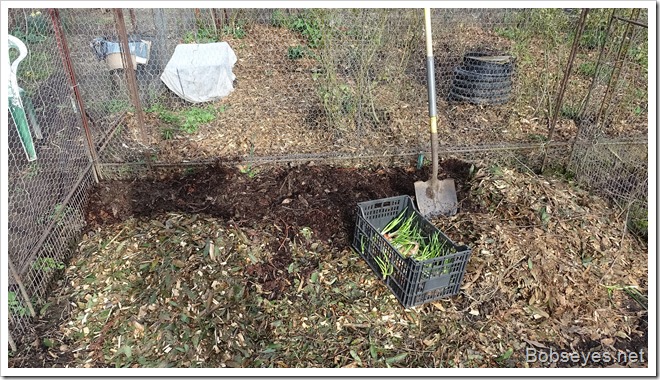 Since the mulch was nice and soft they were real easy to plant. 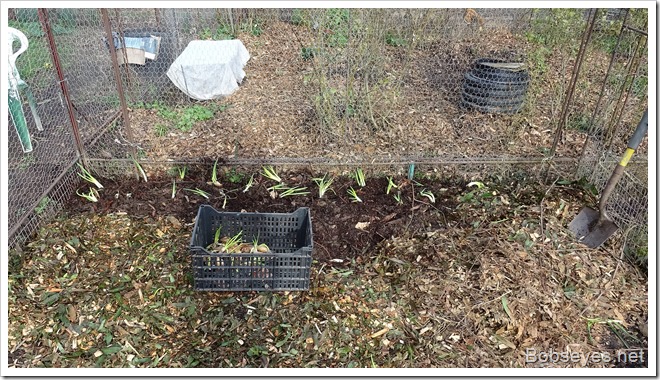 After that a little nap was in order as it tried to rain a little bit but didn’t continue.

I heard my brother Tom out front by the woodchip pile so I went out to see what he was doing.

He was loading up a trailer with woodchips to take over to his garden. I’d put the sprinkler on in the left of this picture for some cherry trees earlier to put some fertilizer on as the woodchips spread under the trees need nitrogen as the decomposing chips eat a lot of it up decomposing. 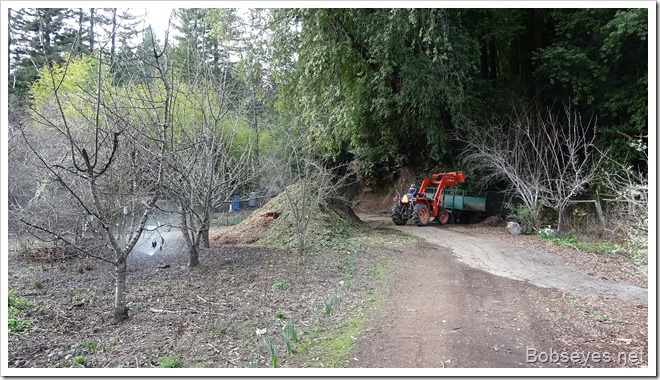 As the piles of woodchips heat up they give off a lot of steam making it look like the woodchips were on fire. 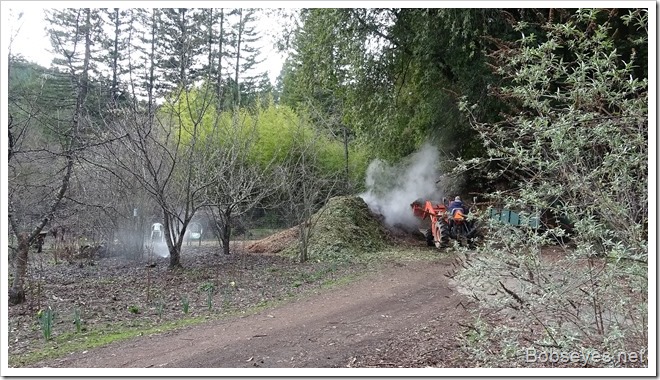 The steam viewed from a different angle. 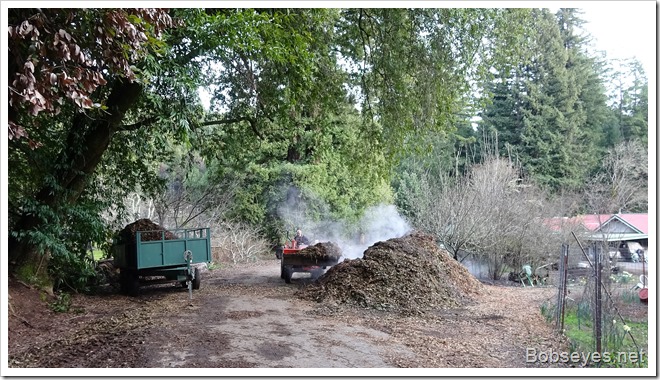 Most of the rest of the day I spent chair hopping with the chickens. I was also watching the chickens to see where they were getting out and into the yard. They appear to be going over the top of the pens to get out, at least a few of them so I will need to do something about that maybe put up a fence on the roof top.

Before I knew it the day was over and it was getting dark so I shut the chickens up and went in the house for the day.