Weeds and squash sure grew a lot

Once I got it going this morning I went outside to see how things faired while I was away. I found the weeds had grown well in my garden so I pulled a bunch of them out of here and gave them to my chickens to eat. 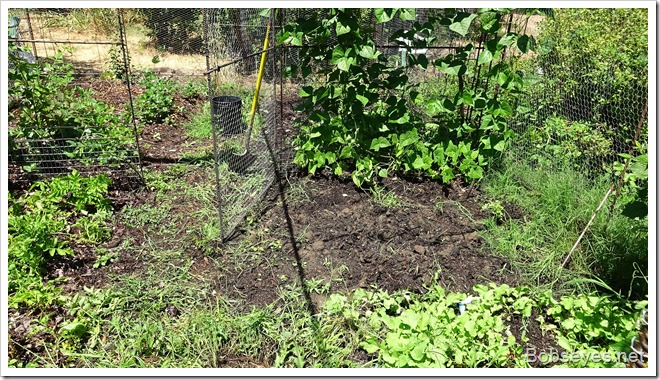 My zucchini squash had a bunch of big ones so I cut them up and gave them to the chickens too. They seem to like them. 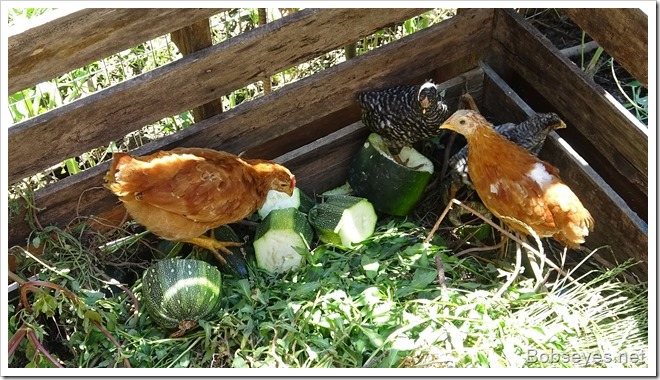 I threw all the weeds I pulled in here for the chicks to eat. Weeds don’t go to waste with chickens around. 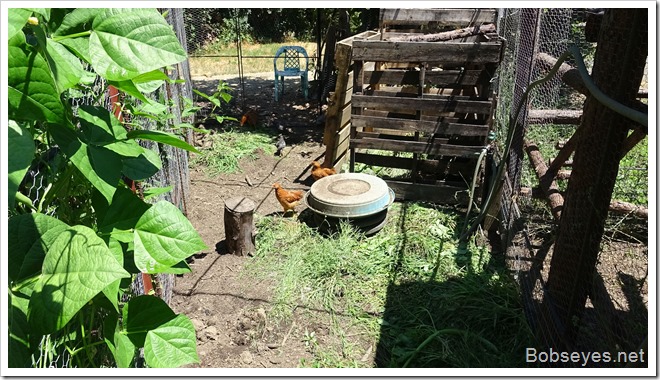 During the heat of the day the chicks get back in this spot in the shade which is under a tree. 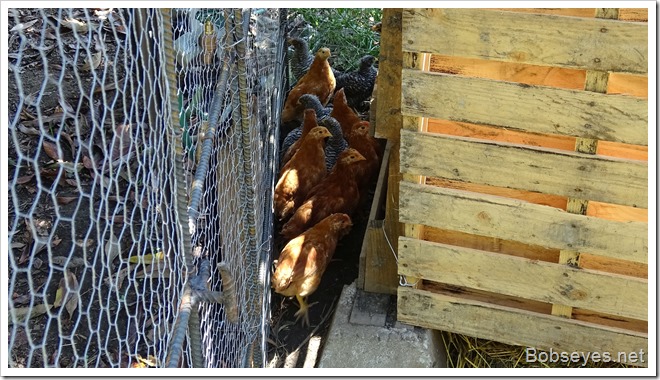 I graze around the yard

During the day I ate blueberries, fresh prunes, plums and some mulberries as they are getting ripe too.

I was surprised to find some blueberries still on the bush as I thought they’d be all gone by now. 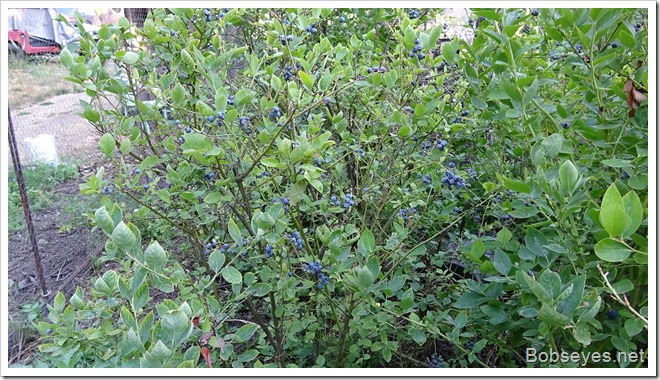 Feeders are working but

While I was gone the chickens were testing out the feeders I made before I left. They feed ok, but the chickens are wasting a lot of seed which they knock on the ground while feeding. They eventually eat most of it, but it’s getting ahead of them so I raised up the feeders so they couldn’t get to them easily so they’ll have to clean up the seed on the ground. 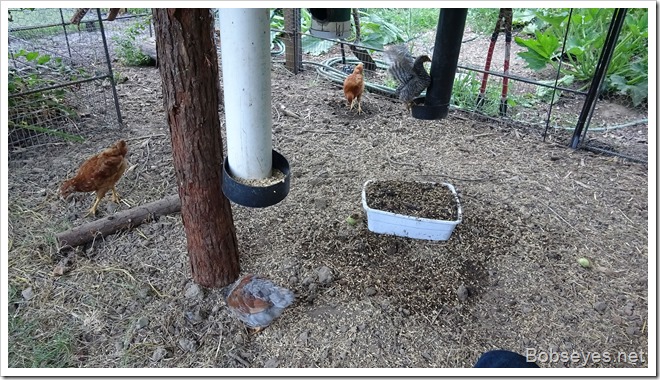 Now that the chickens are larger I think I’ll have to increase the depth of the bottom trays to help keep the feed in.

Here’s the chickens working on cleaning up the seed on the ground. 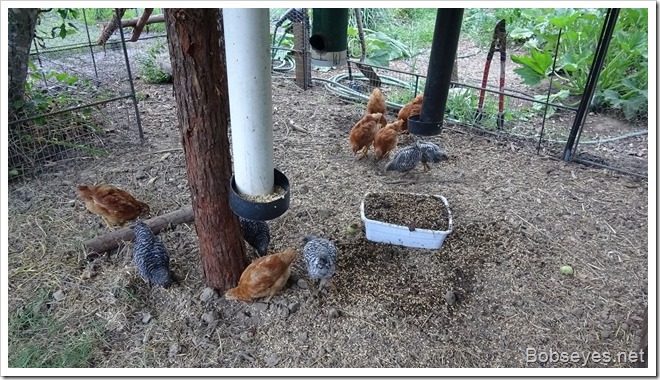 I shoveled up some of the seed with rocks and dirt into this container and put a couple small drain holes in the bottom and filled it with water. The seed will either sprout or swell up which should encourage the chickens to eat it all up. I’ll fill it with water occasionally to sprout the seed. 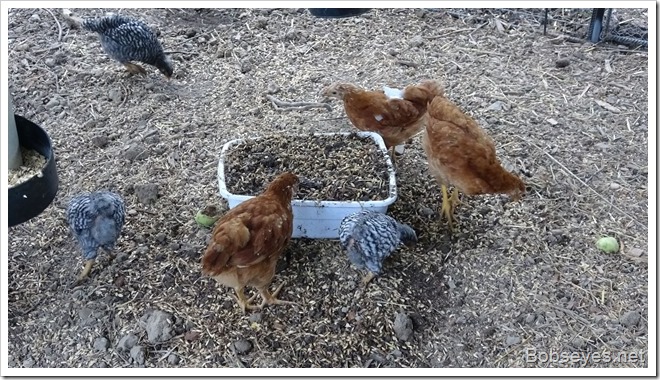 Off and on I spent some time unloading the van. I saved the boat for last after the sun set and moved it back to my car so I can use it. 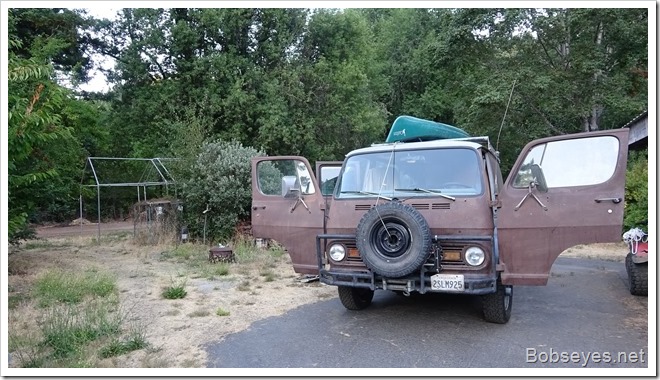 That’s pretty much what I did today for a good one puttering around the yard.

1 Response to Pulled Weeds, Grazed and Unloaded the Van