My brother Tom was over first thing today with our dump trailer. The battery was dead and the up and down switch seemed to be full of water and would I take a look at it.

I wanted to get this apple tree pruned today so I moved the ladder over to it to get started. 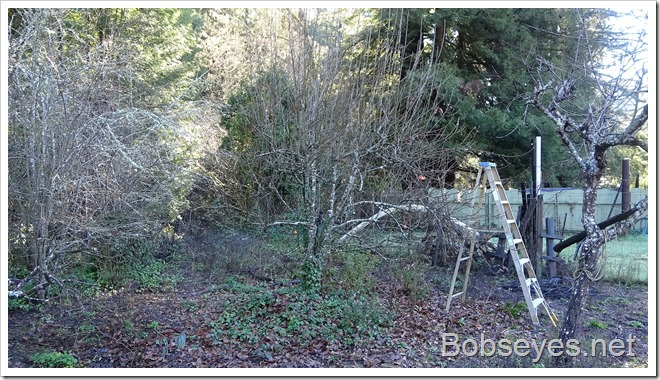 Checking out the switch

But instead I got some tools out and had a look at the electric dump switch that controls the hydraulic lift. 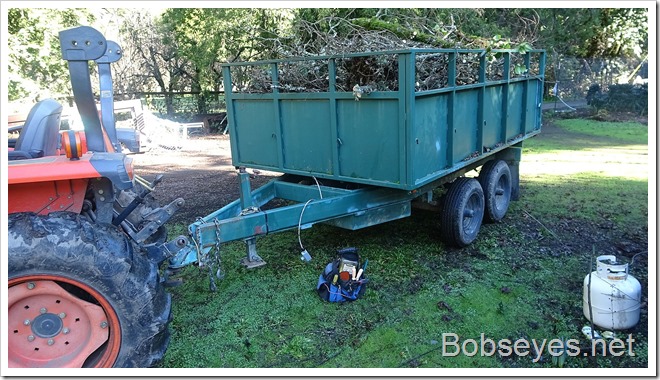 Water seems to have filled this switch holder up with water so it needed to come apart to have a look. 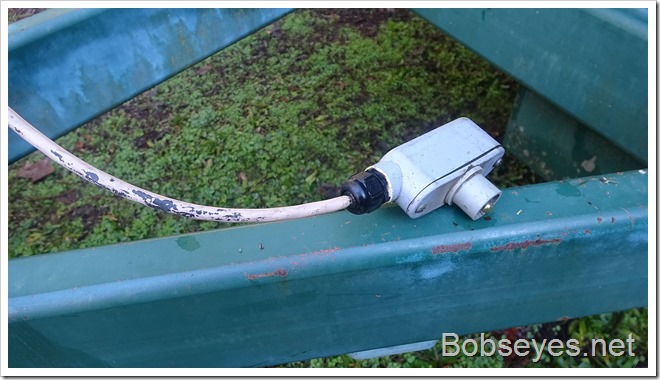 It was full of water and the electrical switch was all corroded and not working as it should. 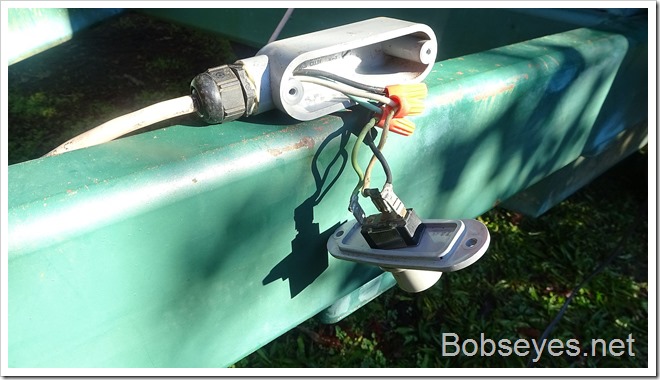 Now that I knew the switch was bad I put that aside and got the apple tree all pruned up. 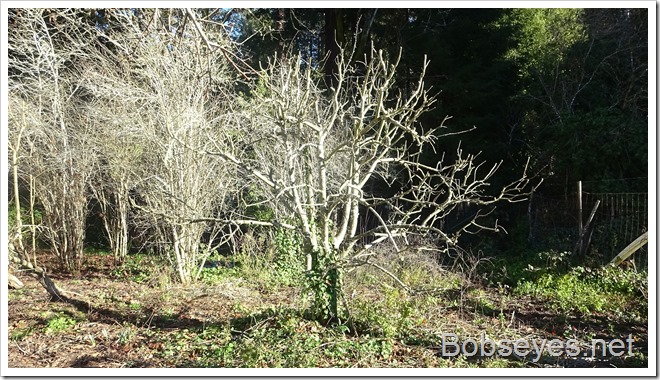 And then I had a nice break sitting around in the yard. 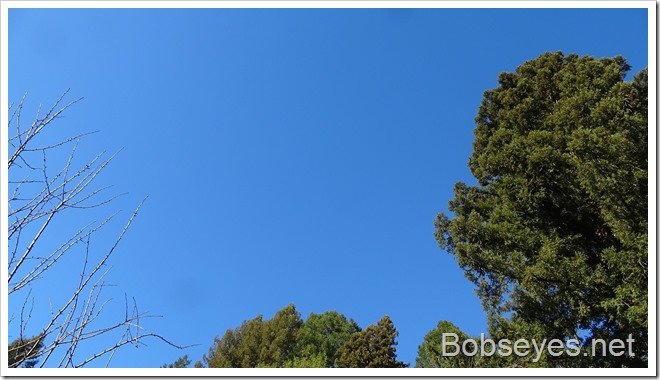 I had this old winch switch that has been laying on the ground in front of the garage for about a year and thought maybe it was still good and would work to fix the dumper. I’d need to give it a test with my meter to check it out. 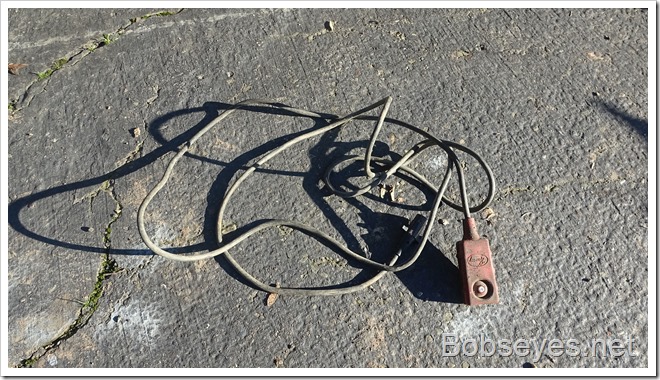 But first I remembered my chainsaw needed the starter rope cleaned out and  lubed so I thought I’d do that first while I was thinking about it. 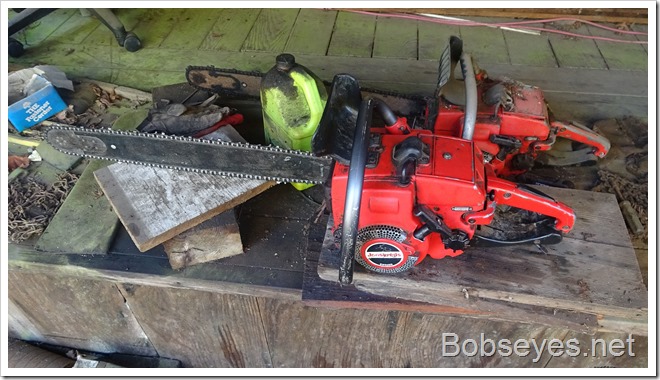 I got the starter off and cleaned it up and lubed it and it worked good  now. 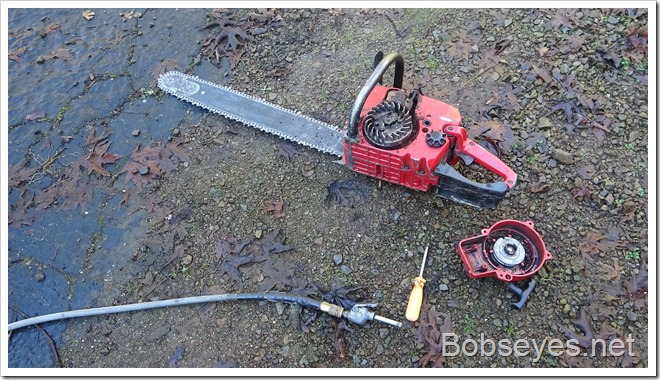 But while I had the starter off I noticed there was an excessive amount of sawdust and dirt in the engine area. 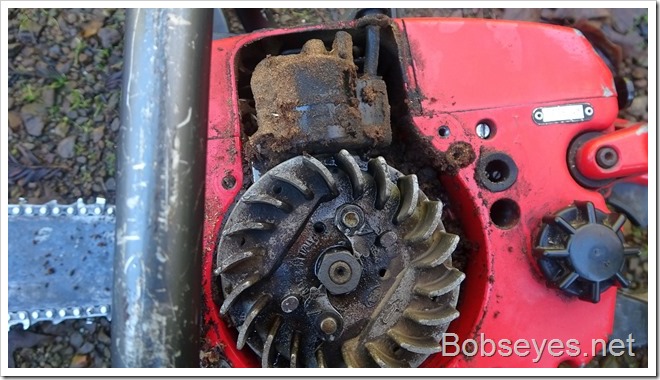 I blew that all out with air the best I could and put the saw back together.

Nest it was back to the old switch I needed to test out. I cut the socket I’d not need off to expose the wires and measured the switch and it worked well, so now I will use that for the dump trailer to dump it. 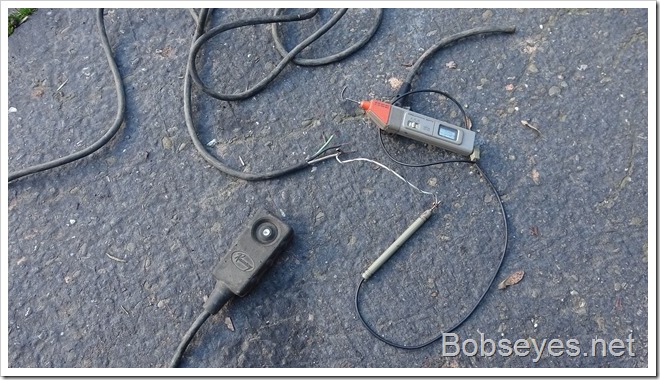 With the dead battery in the dump trailer I can’t left the bed to remove the battery so I put the charger on it to see if it will charge, I don’t think it will and I’ll have to get another battery to jump it, but not today.

I noticed the daffodil’s are getting very close to budding out. 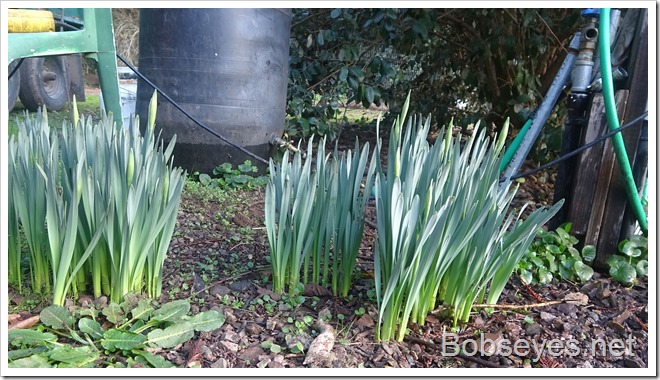 And the last thing I did today was to remove a bunch of this old dirt mixed with poo by where the chicken is. I hauled it to some fruit trees and spread it out under them. I’ll get some fresh woodchips in there, maybe tomorrow. 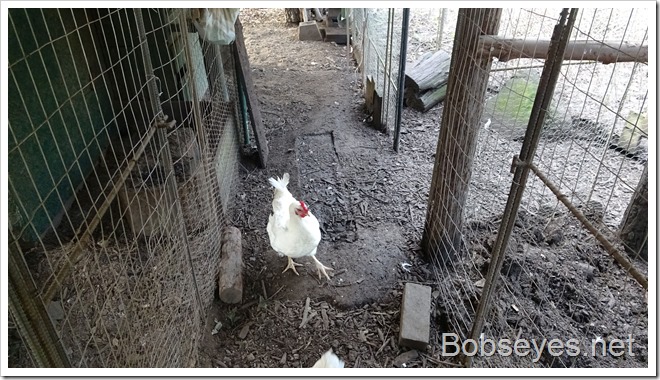 After that there was only a little time until it got dark so I sat around for a bit more.