Pruning Fruit Trees and a Visit With John

It started raining again early this morning and when I got it going it was still showering. I checked the wind at Jenner and it was windy so I decided to stay home and get some stuff done.

Fruit trees to be pruned

I still have a number of fruit trees that need pruning so I got the tools out for that.

I started with these trees, a plum, a apricot and some some apple trees. 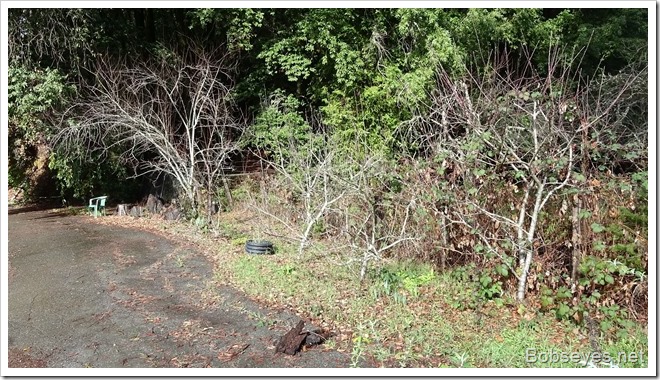 I’d been pruning away and was about ready for a break when I saw some one come through my gate on a bicycle like they owned the place.

It turned out to be John. He came by to shoot the bull and see if I wanted to go down the river tomorrow from Monte Rio to Jenner. Seemed like a good idea to me.

He was having some trouble with the bike’s back brake so we looked at it to see if we cold adjust it. After taking it apart we found that a plastic part that held the return spring had broken so he needed a new part. 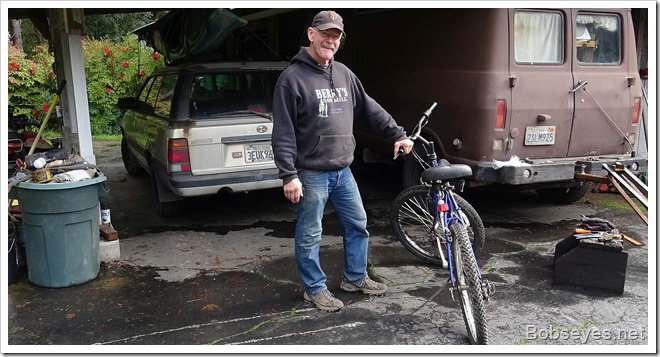 After awhile John left to go back home and  watch his new beagle puppy to relieve his wife from the task.

I finished up where I was pruning and then moved to these trees, a fruiting black Persian mulberry tree and some apple trees. 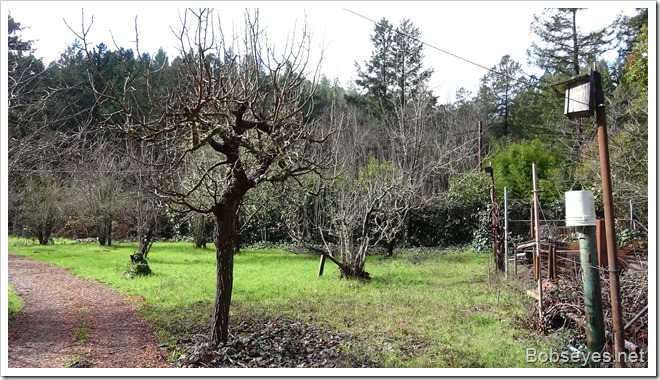 I started working on them between rain showers which gave me a break every once in awhile. I had to get the ladder out for this tree. 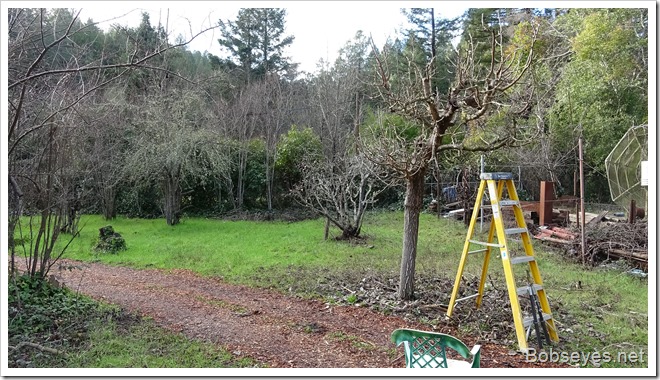 Do you know what blooming daffodils mean

During one of my breaks while sitting in a chair in the yard I noticed something yellow out in the yard, so went over to investigate.

Do you know what these blooming flowers mean? They are daffodils. 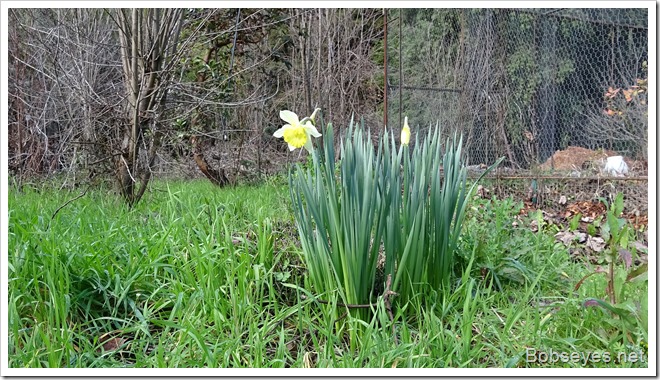 When these flowers bloom it means Spring is on it’s way.

Thinking about the cycle carrier

The sun went behind the mountains while I was finishing up pruning the trees. I put the tools away and sat down by my van and studied what I need to do to the cycle carrier. 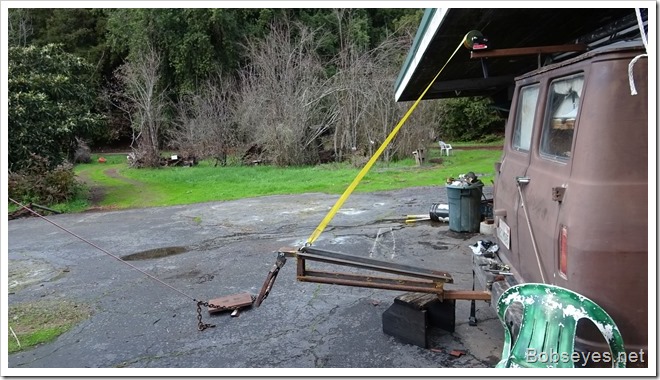 I sat around there checking things out until the day started to cool down just before dark which meant it was time to go in for the day.