Good to start out with these tanks full

The van needed to get it’s propane and fuel tanks filled up so first thing this morning I drove into Guerneville and got propane and filled the van’s fuel tank. I then did some shopping at Safeway and went on home.

I spent the rest of the day loading supplies for the trip. The van only has so much room so things have to have places found for them so it takes a while.

Later in the day I loaded up my kayak and the stuff to support it. 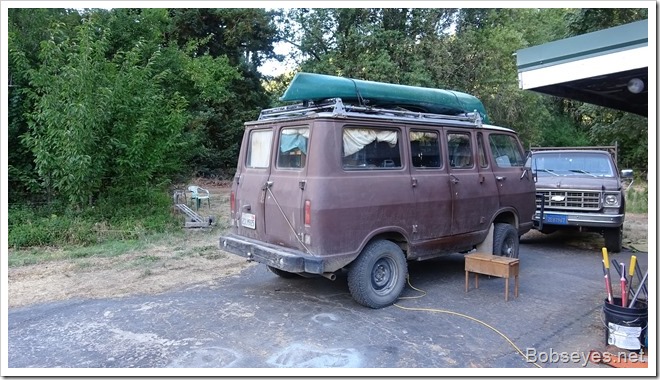 Later in the evening my brother Tom came by and wanted me to check an electrical problem at one of his houses so I got my stuff and we went over and checked it out. It only needed some wires hooked back up so I did that and it all worked.

But not his truck

Next Tom wanted to try to put the u-joint end cap on the front axle u-joint, but it appeared that the  newer end cap wouldn’t fit the old u-joint so the whole unit is going to have to be replaced. Tom thought maybe he’d get a mechanic to do that which is fine with me.

Here’s Tom working on his truck u-joint while I supervised. 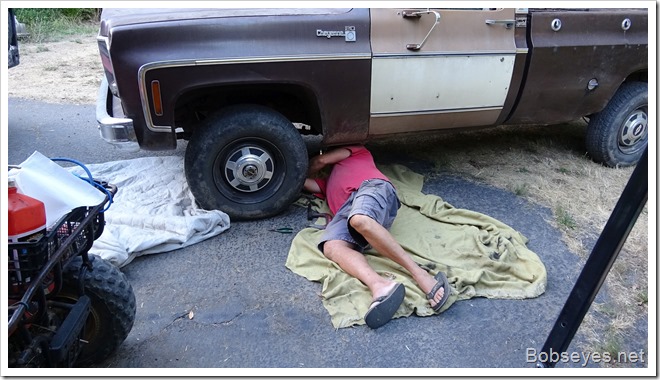 I still have a few more things to add to the van and I should be ready to roll which I should be able to get done tomorrow without much problem.