It was supposed to start raining sometime today or at least shower.

The first thing I did was bag up about a dozen raspberry plants for Joe as I wanted to get them bagged before the rain got the vines wet and muddy. 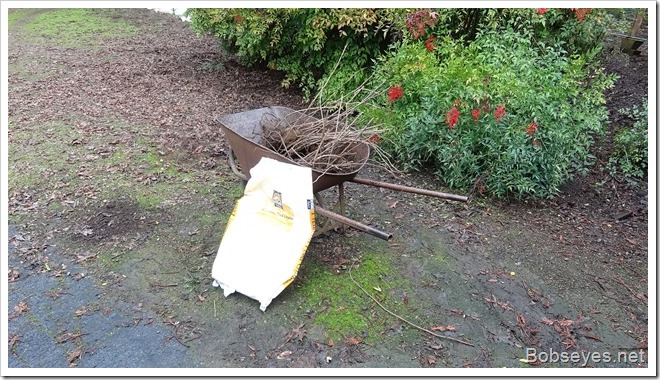 I needed some strawberry plants as my chickens ate all the ones I had so I’m trading Joe for some in exchange for the raspberry plants.

I’ve been looking all over the place for something to plant my strawberry plants in to keep the chickens out of them and make it easier for me to take care of them. 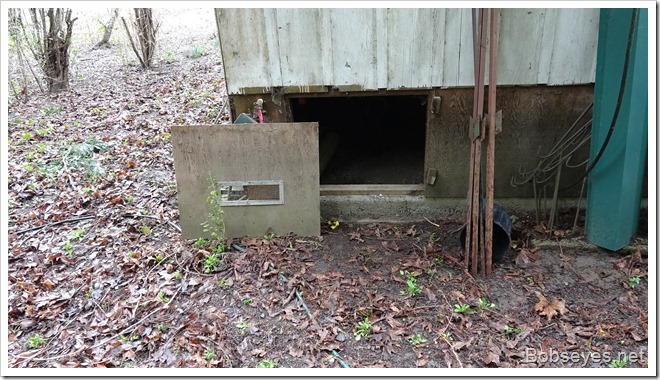 Well good there were two six inch by 20 foot plastic pipes under there. One was loaded up and would be a bear to unload under there but the other one only had one pipe in it so I took it out of here. 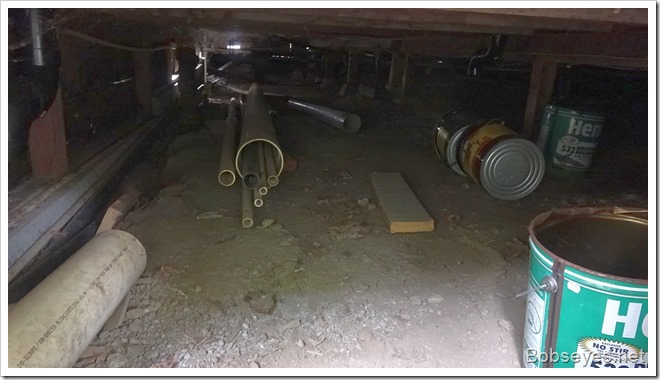 I drug the pipe into the front yard where I can cut it up and make some hanging planters out of it but not now as it was starting to rain just enough to get me wet. 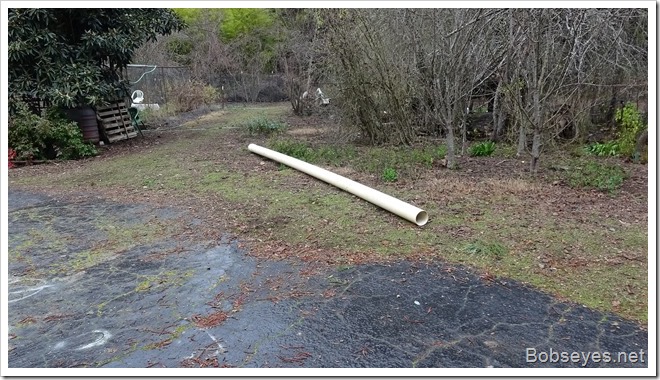 In the house day

So with it raining now it was in the house for me today where I spent most of it just napping and puttering around. I should of done some house cleaning but didn’t.

The rain had let up just before dark so I had one more thing I wanted to do and that was to take some cuttings from my grapes and make starts out of them to try and grow some roots on them to make new plants.

Here’s the grape cuttings. I’m going to put them in with the blueberry starts I started yesterday, under the frost cloth box. 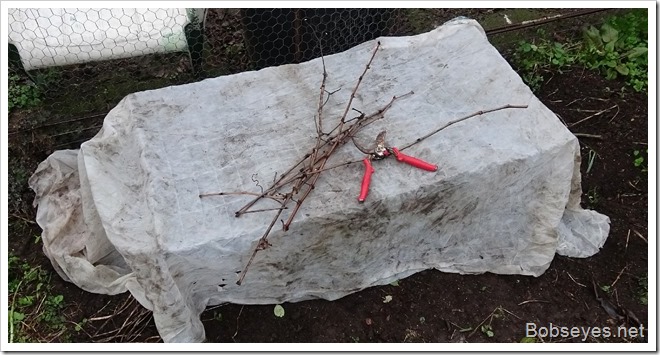 So I cut the grape vines into these little sticks I’ll push into the ground so hopefully they’ll grow some roots and I’ll have some more grapes to eat. 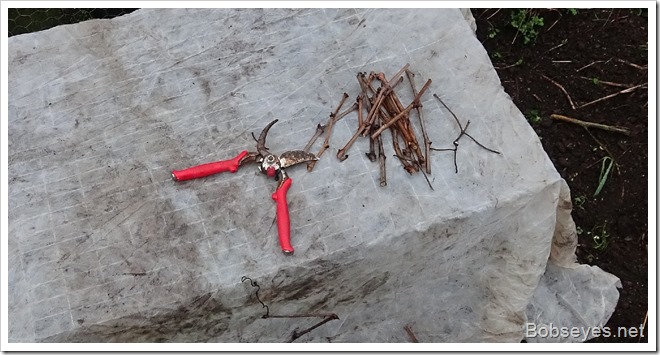 I pushed the grape starts into the ground around the blueberry starts to let them do there thing and grow roots this year. 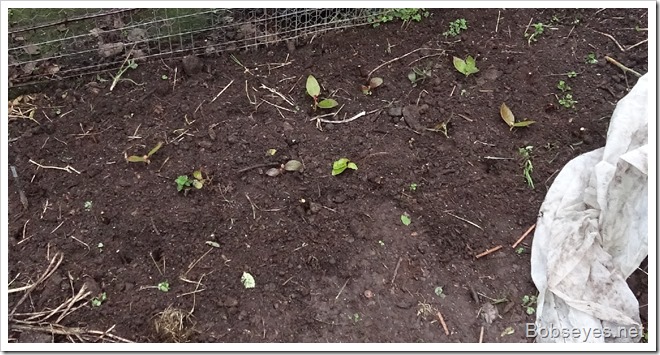 Before I was done with that it started to rain again so I had to hurry but still got a bit wet.

The day was almost over as I went back in the house until it was time to close the chickens up for the day.

Nice day, we can use some more rain.