Projects In the Forest and Chickens Do Their Thing

I let the chickens into the raspberry patch today to spread out the woodchip mulch I put in there about a month ago. It’s one of their favorite places as there’s lots to eat in there. The raspberry buds are starting to show so I thought it’d be a good idea to let the chickens in there before the raspberries start to show as they eat the red ones, but not the bushes. There were lots of little piles of mulch from me dumping the wheelbarrow of woodchips in there. 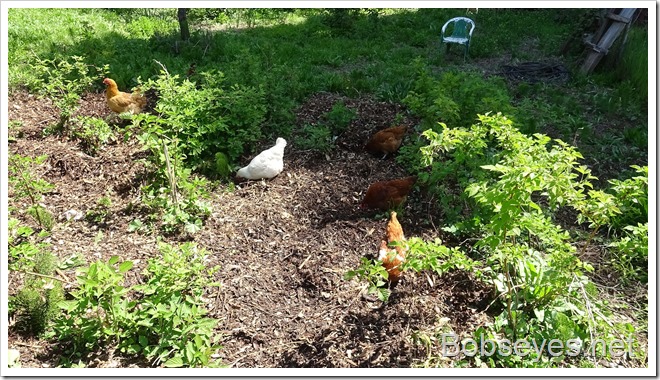 I left the chickens doing there thing and rode my quad up to where I was putting the culvert extension in the ditch here. It needs some concrete blocks on the sides to build the bank up. I had a few of them about 50 feet away so I needed to get them to this spot and in place. 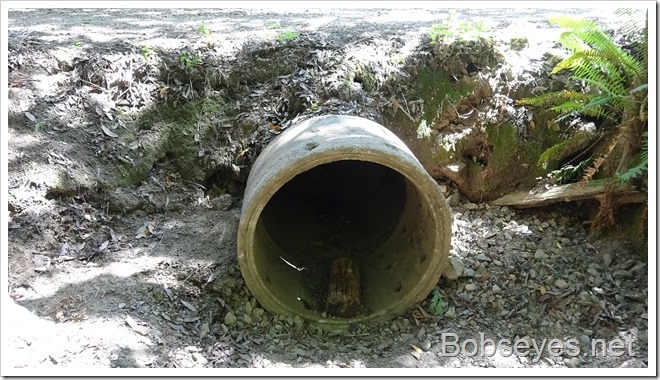 Here’s some of the concrete that I need to drag to the culvert and put in place. 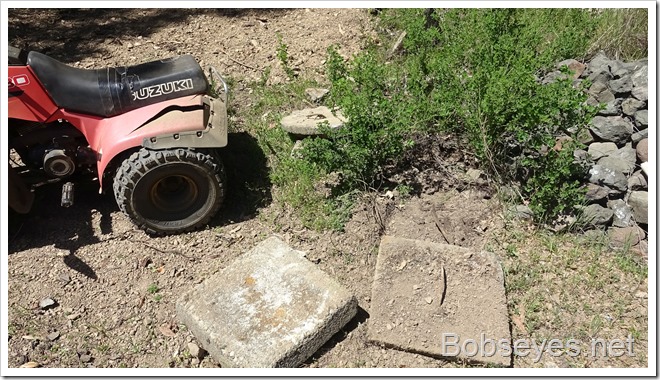 I hooked a rope on each and dragged it to the culvert with the quad. 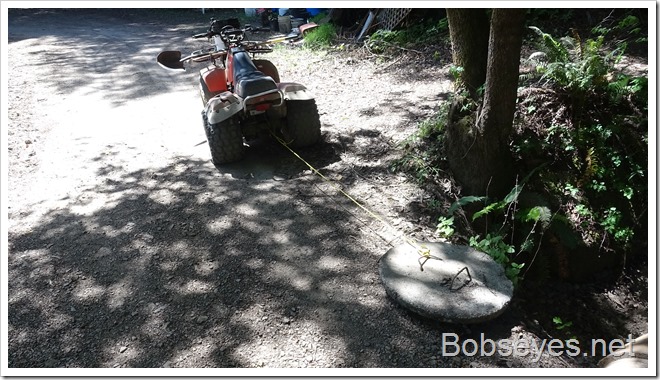 I put what I had in there and will have to round up some more concrete pieces as I have a ways to go to complete this project. 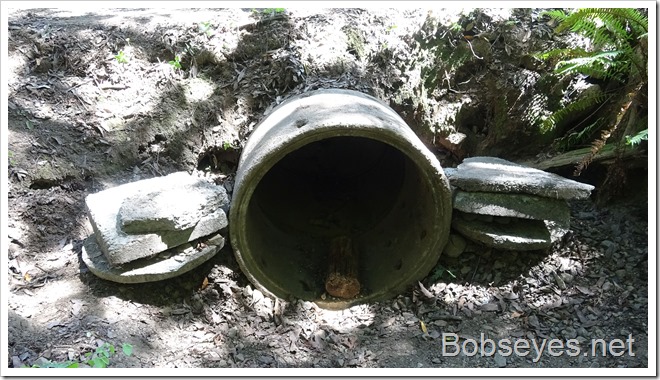 Covering up the pipe

From there I rode up into the hills to this spot where I needed to cover up the black plastic spring water pipe that goes to our water tanks from our water springs. 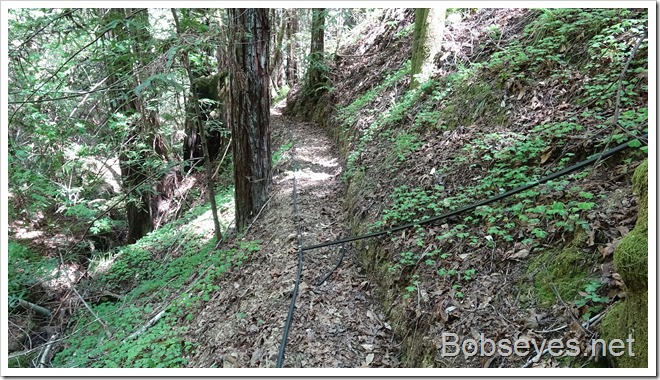 I covered the pipe up with dirt to this spot and then continued on down the trail for a couple hours or so or until my body said uncle, which it did and I could barely stand up straight. But I did get some good exercise. 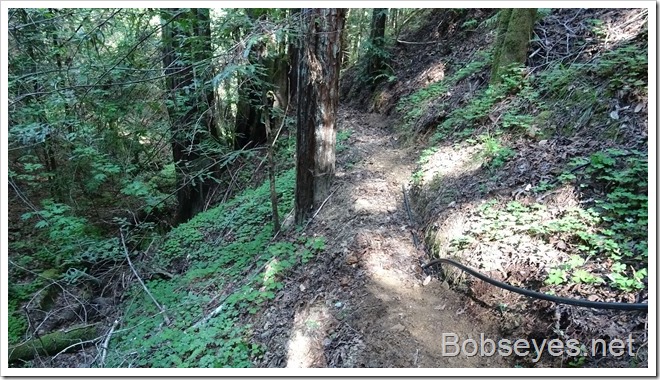 When I could barely move I hopped on the quad runner and rode on down the hill through here. 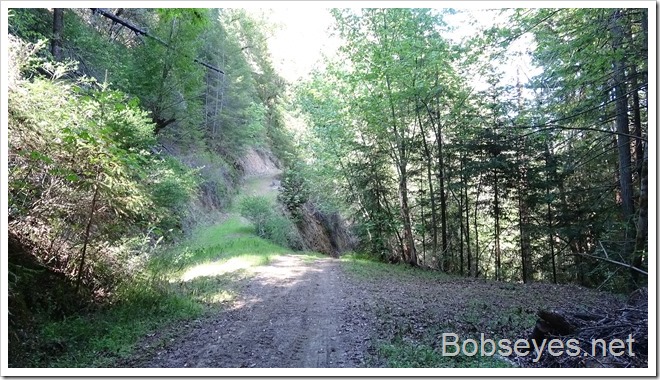 When I went by the water tanks I checked the water level and they were full. 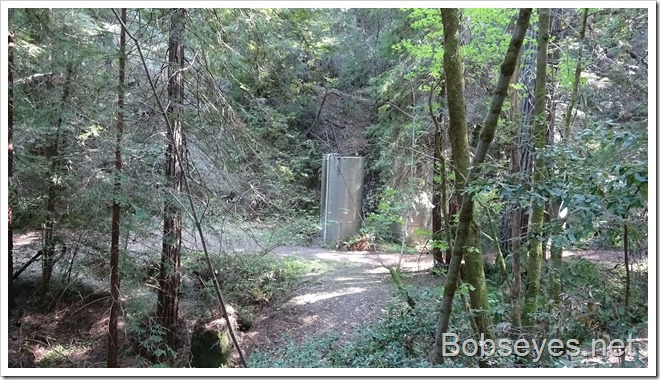 That pink ribbon on the ground shows the tanks are full of water so I can do some more watering of the weeds. 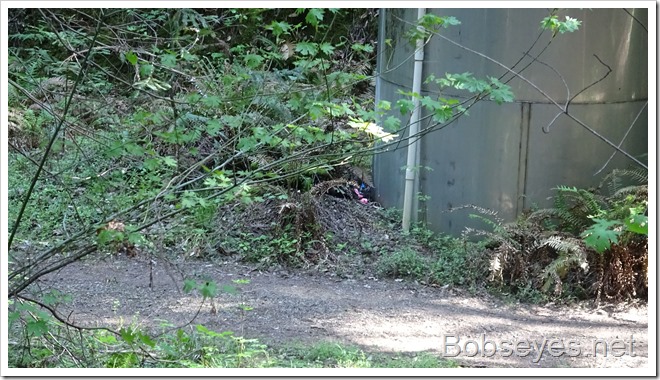 Once home I checked on the chickens progress on spreading out the little mulch piles and they had most of them spread out pretty good. 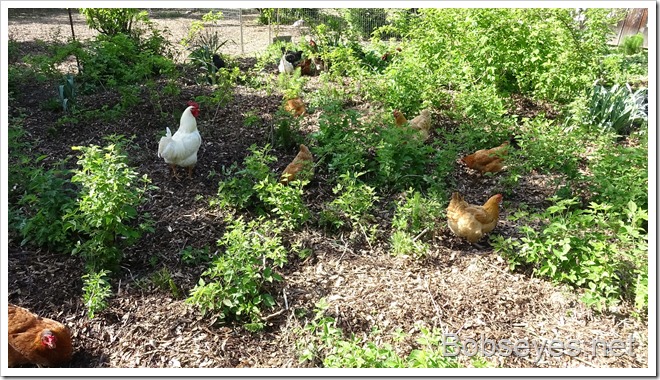 I puttered around the yard and did some chair hopping until evening.