I got right to it when I got it going today around 11. I had 7 chickens that needed to be processed for the freezer.

There was one especially big rooster that gave me some grief.

When I went to catch it to put it in a cage to transport to the processing area he tried to get away but I caught him but not without him drawing some of  my blood.

Then when I reached for the first bird to process that rooster worked it’s way through the open cage door and took off into the raspberry patch.

Now that was one big rooster that I didn’t want to keep around as he knew he was big and had a bad personality.

Now he had a lot of room to maneuver around in the raspberry patch and I wasn’t sure I could catch him but I thought I would try.

I got an old sheet and held it up to herd it a bit and it ran into a corner and I was fortunate to get a hand on him. So you know what happened to him.

There was another smaller rooster that when I even got near it it squawked so much and load it got all my chickens upset. The same thing happened to that one which quieted him down a bit.

So I processed 5 roosters and two hens in about two hours and into the freezer they went except for one that went into the fridge which will get cooked up soon.

Once all the chickens are processed it’s clean up time and I buried the remains in my blueberry patch hopefully to help make some nice blueberries. Nothing like getting more than one thing out of the birds.

Grazing on the grass

I let the rest of he chickens into the front yard where I’ve been watering the weeds. They seem to like this grass a lot. 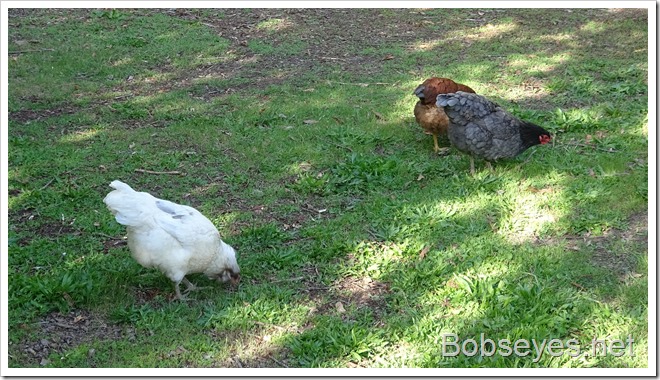 Late afternoon I filled up my hose fertilizer and put the water on the raspberry patch. The raspberries are starting to get some buds on them. 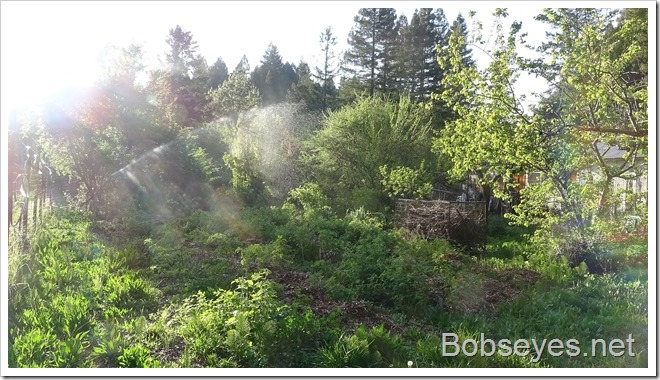 Another view of the raspberry patch getting some water and fertilizer. 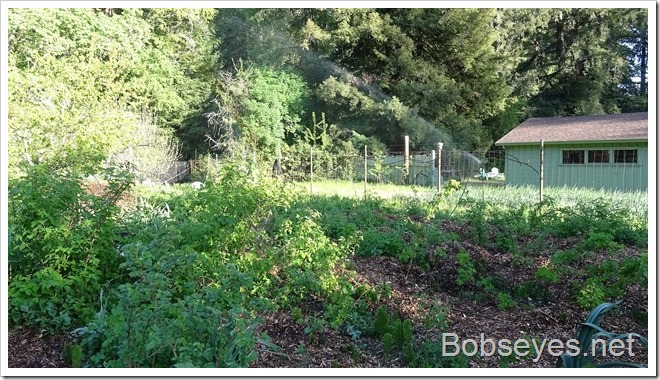 In the evening I sat around chair hopping while the chickens grazed. 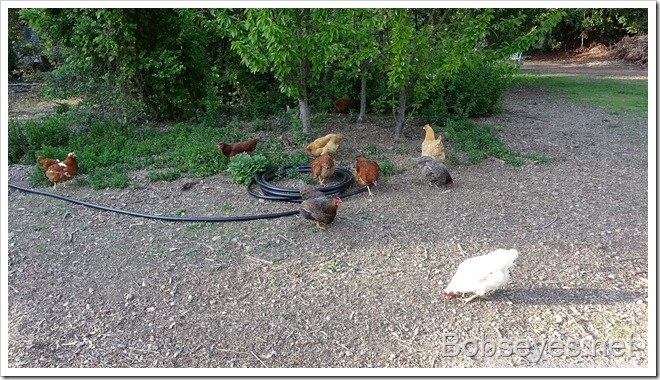 It was a warmer spring day so I sat out with the chickens until the sun went behind the hills when I went on in for the day.